MAIL ON SUNDAY COMMENT: Let’s unite with the EU to crush the curse of border bureaucracy

Bureaucratic rigidity threatens to condemn this country, and the EU itself, to a wholly needless crisis over trade between the UK and the Brussels-ruled bloc.

In a powerful article today in The Mail on Sunday, Marks & Spencer chairman Archie Norman dissects the problem and warns of dire consequences to both sides if it is not quickly resolved. He says border inspection arrangements have been ‘set up to fail’, being wholly at odds with the modern world.

Thanks to obsolete rules drawn up nearly a quarter of a century ago, when computers were still a comparatively minor feature of life, British exports to the EU are already being pointlessly hampered by multiple demands for paperwork that will mostly never be read.

Mr Norman, a former Tory MP who almost uniquely in this country combines direct experience of Parliament and business, reveals that M&S lorries now each need 700 pages of documentation to pass through EU customs controls imposed since Brexit. 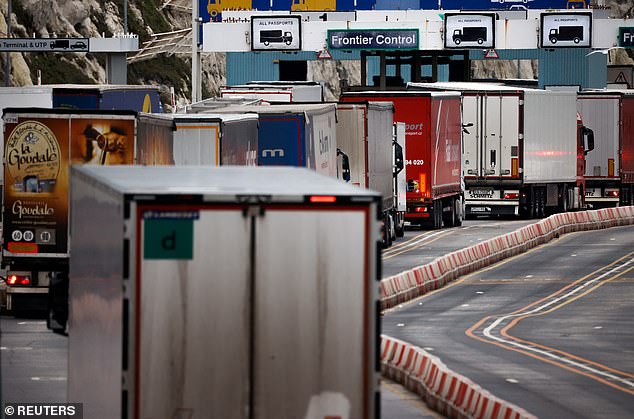 Bureaucratic rigidity threatens to condemn this country, and the EU itself, to a wholly needless crisis over trade between the UK and the Brussels-ruled bloc. Pictured: lorries queue at border control for the port of Dover on January 15 this year 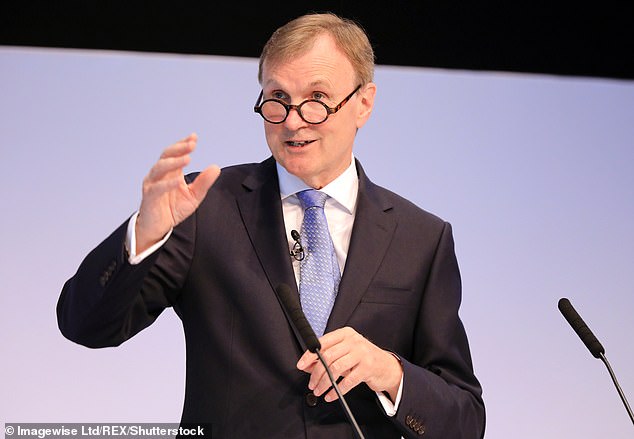 In a powerful article today in The Mail on Sunday, Marks & Spencer chairman Archie Norman (pictured in July 2018) dissects the problem and warns of dire consequences to both sides if it is not quickly resolved

This folly is already delaying fresh food, so making it less fresh and undermining one of the main purposes of such checks – to ensure high health and safety standards.

It is especially nonsensical since this country’s food standards have long been among the best in the world and have not declined since we regained our independence.

Meanwhile, the position in Northern Ireland, supposedly agreed to make things easier and to avoid an accidental frontier with the Republic, grows worse. But this has had no impact on the madness, which is about to intensify.

In October, as the grace period agreed in the Brexit talks comes to an end, we are supposed to impose our own similar tiresome and self-harming restrictions on goods coming into this country from the EU.

In fact, none of this is any surprise to trade experts or civil servants or diplomats. They had long months in which to find ways to overcome such difficulties. We have to wonder whether it is not a political legacy left to us by the EU’s chief negotiator, Michel Barnier – who has openly declared his candidacy for the French presidency and perhaps thinks his ambition will be helped in the coming vote by a reputation for giving the English ‘Rosbifs’ a hard time.

There were always too much politics and too little trade and diplomacy in these talks. This was dangerous but easy to ignore when a rigid EU-UK border was just a theoretical problem. But now that it is a practical fact, and about to grow into a bigger one, it must be reopened and addressed seriously before both sides are gravely damaged. 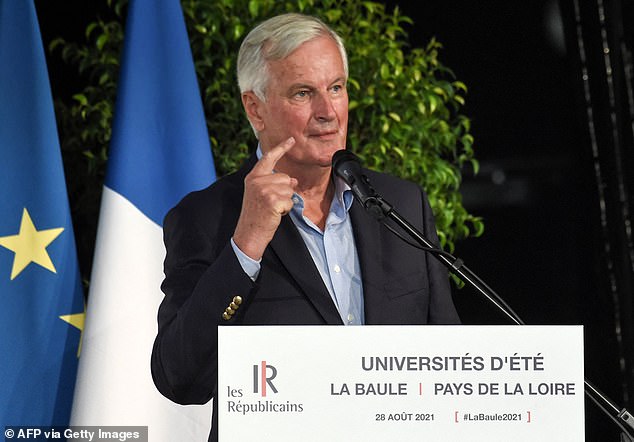 We have to wonder whether it is not a political legacy left to us by the EU’s chief negotiator, Michel Barnier (pictured) – who has openly declared his candidacy for the French presidency

The easiest approach, and the one most likely to avoid posturing by Brussels, must be one of modernisation. The use of electronic tracking and checking instead of paperwork is a badly needed reform, and would simply bring this important activity up to the standards of the present day.

Business and trade, as Mr Norman well knows, have been transformed for the better by such methods. His sensible suggestion that the EU accept the equivalence of our quality and health controls may be harder to achieve, but is rational and workable.

In any case, there is no time to be lost. This country’s goodwill and its desire to trade profitably with its friends and neighbours is not in doubt, and we are sure that most people and leaders in the EU feel the same. Let us act together for this good aim.