Mother, 24, reveals shock of being told she was SEVEN months pregnant

‘I thought I was FAT from junk food!’: Mother, 24, reveals shock of being told she was SEVEN months pregnant after gorging on ‘absolute garbage’ for weeks

A woman who found out she was pregnant just two months before she gave birth has revealed her shock at discovering she was about to become a mother.

Zasha Whiteway-Wilkinson, 24, put on about 1.5 stone (21lbs) over a six week period, but put her weight gain down to her student lifestyle at the time.

The University of Gloucestershire journalism graduate said she’d been drinking, eating ‘absolute garbage’, pulling all-nighters in the library and continuing a ’10 a day smoking habit’ during her unknown pregnancy. 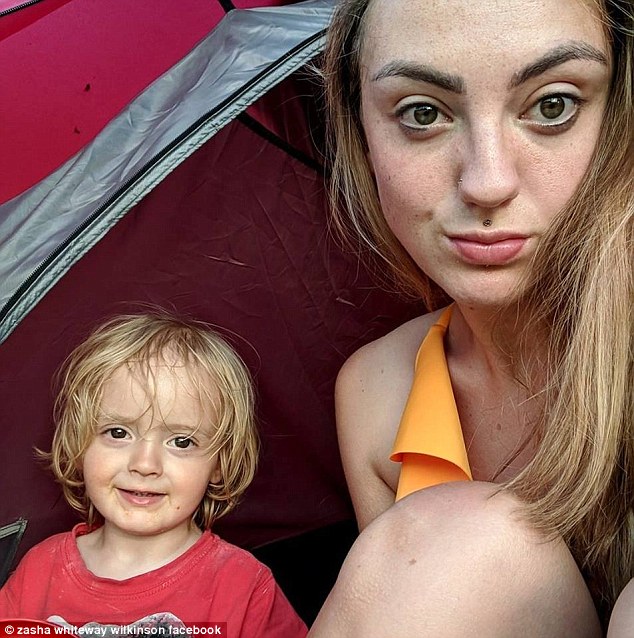 Zasha Whiteway-Wilkinson, 24, found out she was expecting son Isaac when she was seven months pregnant. Before going to the doctors the mother thought she’d just put on weight

She was even in a car crash when she drove straight into a 40mph sign when she would have been around four or five months pregnant, reports GloustershireLive.

Zasha, from Cheltenham, said: ‘I was completely unaware of the possible stress I could be causing to the fetus taking shelter in my stomach.’

When the doctor told Zasha the news, around a month after her 21st birthday in 2015, she said ‘I felt like I was drowning’ and she couldn’t believe it was true.

She said: ‘I’d been careful, I was on contraception and I hadn’t had a partner in months anyway.

‘She [the doctor] asked if I was okay and to be honest, no I bloody well wasn’t. I’d just been offered a great new job – how could this be happening to me.’

Zasha said she phoned her dad who had to listen to his young daughter ‘hyper-ventilating through muffled sobs.’ 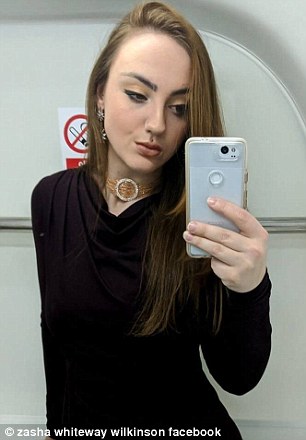 She had even joked with her father saying ‘dad, feel my stomach, it’s proper turning over’ the morning before she went to the doctors and found out she was expecting a baby.

In the final months of her pregnancy 5ft 1in Zasha said she must have looked ‘like a little ball’ as her weight increased to around 13.9 stone

‘I wasn’t ashamed of my baby, but I didn’t want anyone to say anything that would hurt me when I was already feeling so vulnerable.’

After a difficult labour which included having an epidural and being rushed to theatre when the baby’s heartbeat dropped to ‘something like 50 beats per minute’ Zasha’s son Isaac was born.

When Zasha announced her son’s birth on Facebook, some of her friends didn’t beelive it was true and she ‘rapidly became the talk of the uni circles I ran in.’

Little Isaac got to share his mum’s big day and go along to her graduation at the end of November 2015 when he only six weeks old.

Zasha said: ‘It wasn’t nice knowing that people were talking about me behind my back, questioning my choices

But that ‘it’s amazing how little people’s opinions matter when your priority changes from keeping the beers stocked, to keeping a human alive.’