Mother bans daughter, eight, from iTunes games after she spent £1,857

Mother, 35, bans her daughter from iTunes games forever after eight-year-old racked up £1,857 bill playing Roblox in six days by setting her own fingerprint as default payment method

A mother has banned her daughter from iTunes games forever after the eight-year-old racked up a £1,857 bill on tablet purchases in just six days by setting her own fingerprint as the default payment method.

Katie Phillips, 35, was devastated when she realised her child – who she has chosen not to name – had splashed the cash.

The schoolgirl made 255 purchases – ranging from 99p to £19.99 – in a spending splurge on the game-making app Roblox. 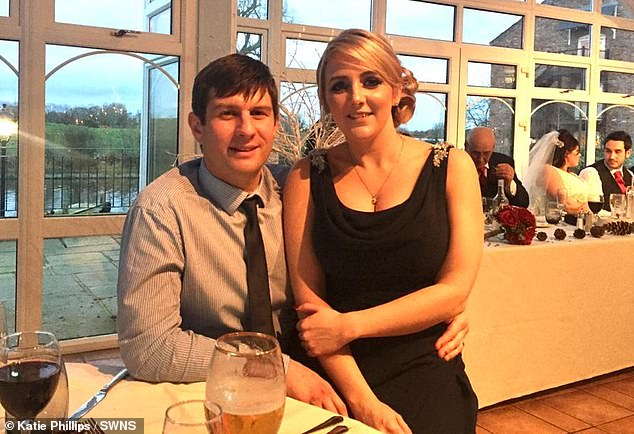 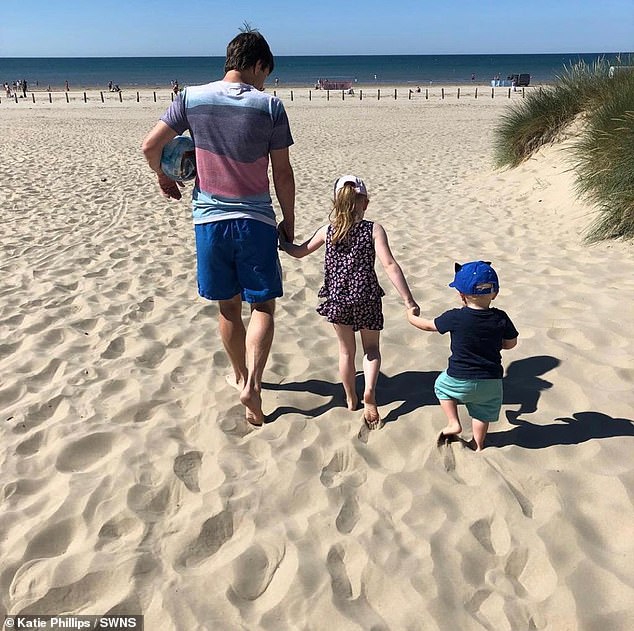 Mr Phillips, who has chosen not to name his daughter (pictured with him and her brother on the beach) was stunned to discover the huge bill

It comes despite Ms Phillips and her husband, Matty, 42, password protecting in-app purchases on their daughter’s gadget.

Somehow she worked out how to bypass the password needed to make purchases and set her own fingerprint as the default payment method.

The couple, from Wrexham, north Wales, say they are unsure how they will pay off the bill. 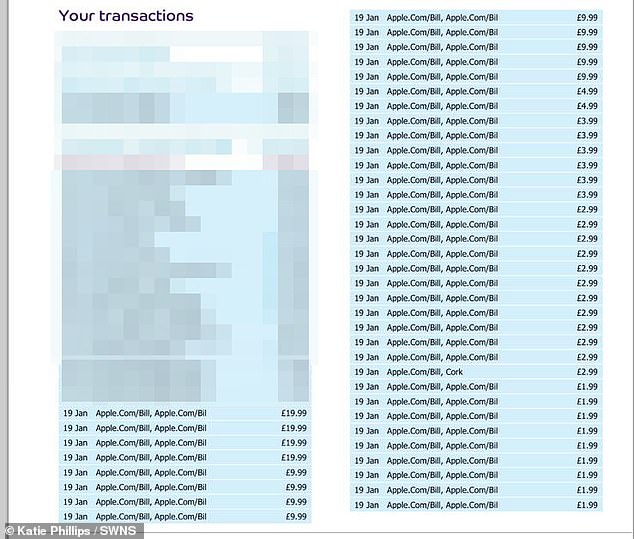 Pictured: The first third of the huge bill that Mr and Ms Phillips were stunned to find racked up by their daughter 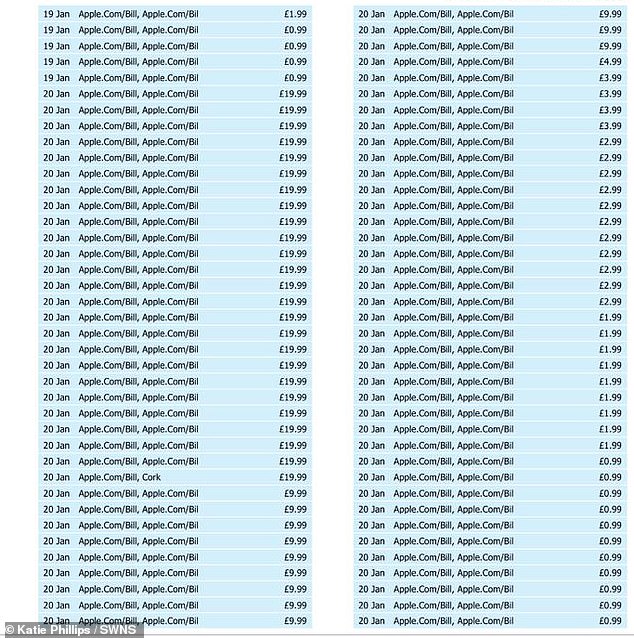 Ms Phillips has confiscated the iPad from the youngster until at least April and has banned her from iTunes games forever.

Online social gaming platform and mobile phone app Roblox was launched in 2006 and has more than 30 million players across the world.

The game involves a user-generated set of virtual reality worlds, where youngsters can create their own characters.

Marketed at teenagers and children, the app is now available on various platforms including Microsoft Windows, Apple iOS, and Android.

She said: ‘I felt sick and was in floods of tears. I was so shocked, disappointed and annoyed.

‘It was hard to be too angry with her because she didn’t really know what she was doing and she didn’t understand.

‘We are really angry but she is innocent. She said she thought it was free. She does look sorry.

‘She looked white when we spoke to her about it and she started crying. But she just doesn’t realise how much money she spent and what that means.’

Ms Phillips said she has tried to get money back from Barclaycard and Apple but because the card wasn’t used for fraud she’s unlikely to get any money back.