A mother was left feeling sick after driving past a house’s Halloween display which had strung up fake lynched corpses.

As well as the typical bloody handprints and cobwebs, the terraced property also showcased a body-shape figure wrapped in a bin bag and dangling by the neck.

The anonymous mother-of-two, from Liverpool, said: ‘I had stopped at the side of the road in the car with my friend’s son, who’s 17, and it caught both our eyes from across the street. I had to do a double take because it was so lifelike. 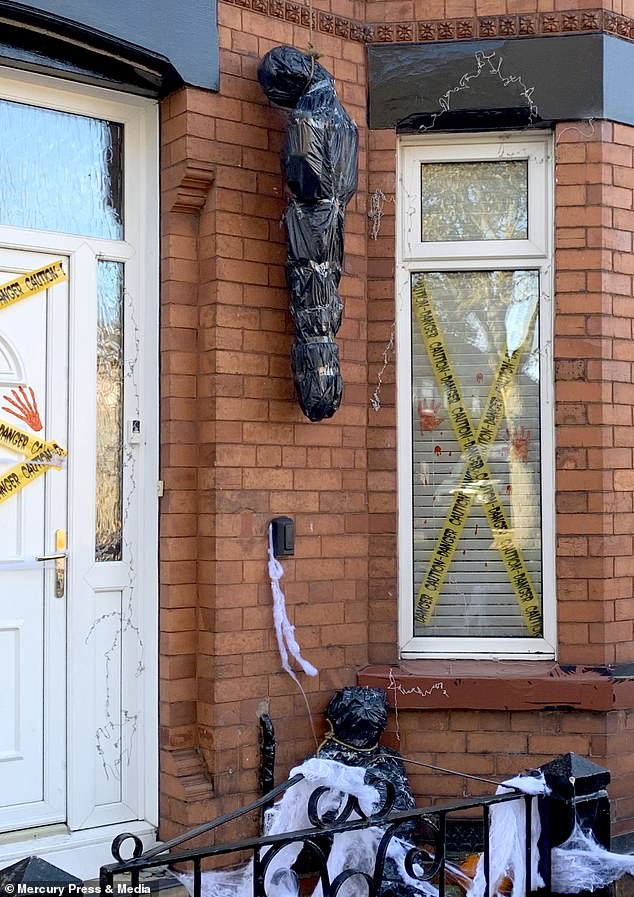 A fake body wrapped in a bin bag is strung up by the neck as part of a Halloween display in Tuebrook, Liverpool, yesterday

‘The house had obviously grabbed my attention due to it being, in my opinion, shockingly poor taste.’

The woman, who runs an Instagram page called ‘Scouser with a phone’, photographed the display to show her followers.

She said: ‘I went back later on to take some pictures to post and get some other reaction because I wasn’t sure if I was overreacting, but it made me feel uncomfortable and sick.

‘If someone who had lost someone to suicide saw the hanging bodies and had to walk past them every day, I couldn’t imagine what they would feel.’

Meanwhile, in Margate, Kent, a similar ‘body bag’ slung from a house just yards from a school has sparked debate among parents.

The pretend corpse – wet with fake blood – was blasted by locals who worried it could scare the children. 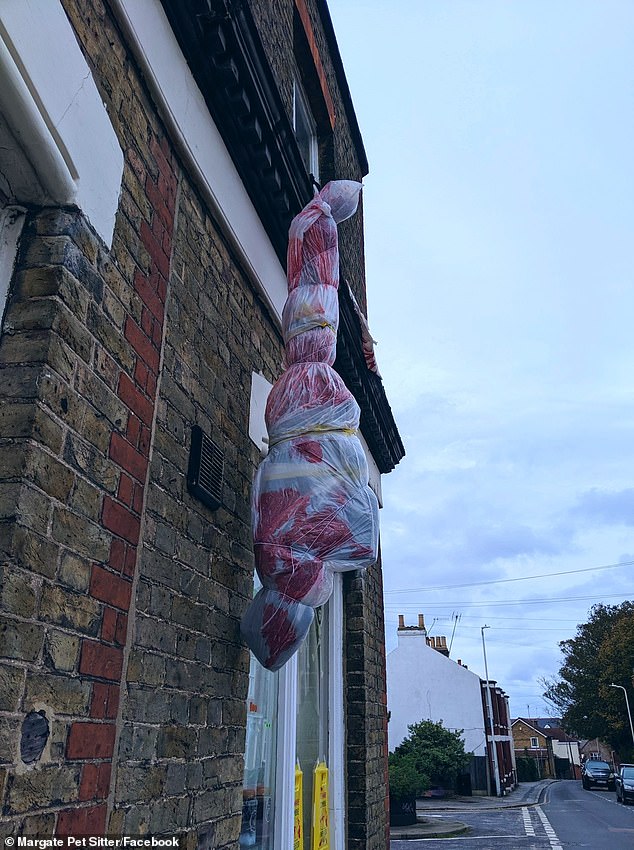 Meanwhile, in Margate, Kent, a similar ‘body bag’ slung from a house just yards from a school has sparked debate among parents

Worried Rhiannon Hartley said on Facebook that she was ‘a little concerned.’

She added: ‘Going to be the boring one…. But this is 30 seconds away from a primary school.’

June Attwood said: ‘Bit extreme I think even for Halloween.’ Karla Louise Smith said: ‘I was just sick in my mouth.’

The stunt is understood to be the handiwork of a local mum who hangs out creepy displays every year.

But others said they loved the effort she put into making her house a scarefest every October 31.

The property is close to Townsend Montessori Nursery in nearby Cowper Road and moments from Holy Trinity & St John’s C of E Primary School. 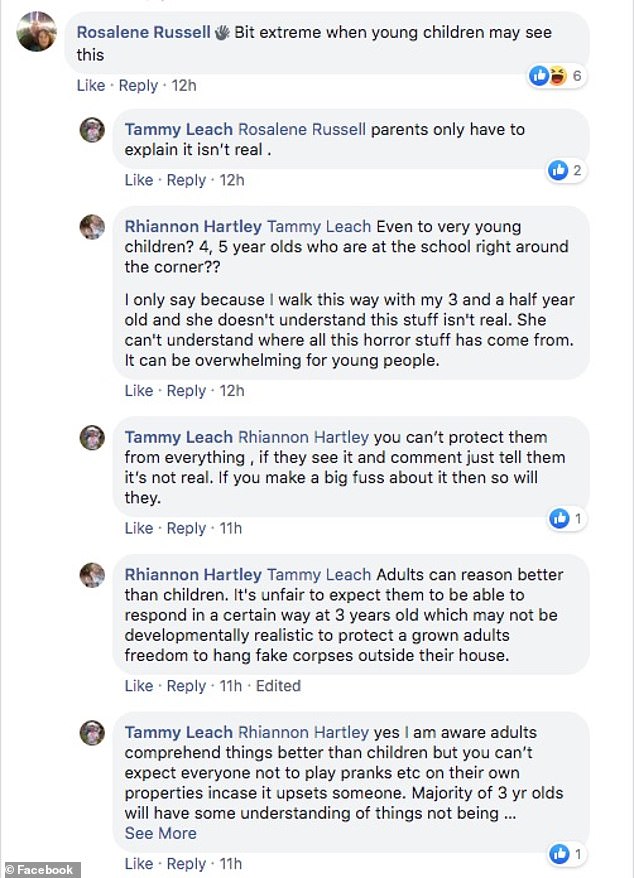 Some people criticised the display for scaring children, but others disagreed and said they were causing a ‘fuss’

Jade Mackenzie said: ‘I know the owner of the house, and she has a young child herself.

‘I have nephews younger than three who understand this is a joke. Halloween is a scary night. Get over it. It takes a mere explanation to know it isn’t real. Its meant to scare people ffs.’

And Tammy Leach said you could protect children ‘from everything.’ She added: ‘If they see it and comment just tell them it’s not real.

‘If you make a big fuss about it then so will they*.you can’t expect everyone not to play pranks etc on their own properties in case it upsets someone.’