Mother of blind child, 11, blocks new shared-road that both vehicles and pedestrians can use with her 4×4 – saying the council are putting her life in danger

The mother of a blind child has blocked access to a housing development with her car in a protest over its ‘shared-space’ road scheme.

Michelle Hough, from St Agnes, Cornwall, claims they are ‘discriminatory and dangerous’.

Shared roads are used by both vehicles and pedestrians. Sanctuary Group, which owns the site, said it was ‘fully compliant’ with planning permission granted by Cornwall Council, which is yet to comment.

The development is near the family’s home and Millie has to use the shared route on a daily basis. 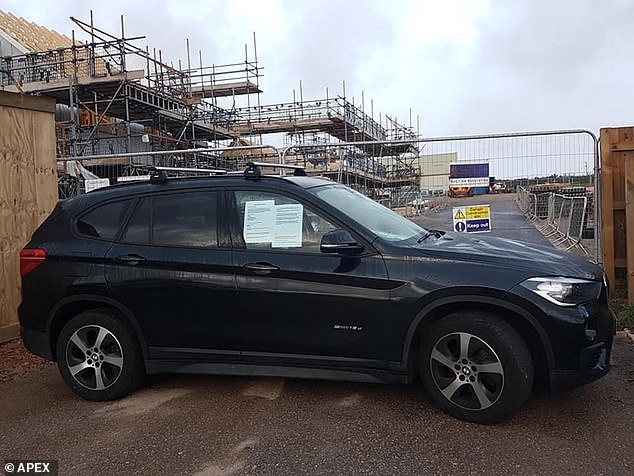 She ‘can’t navigate shared roads’ and neither can her ‘buddy’ dog which requires kerbs in order to know where to stop safely, Ms Hough says.

‘I’m not prepared to risk my daughter’s life,’ she said. ‘Homes should be accessible to all. I had no choice to what I’ve done.’

In July the government told councils to ‘pause’ shared road schemes which were being considered or designed.

Transport Minister Nusrat Ghani said they ‘just don’t work’ for blind and partially sighted people. But no detail was given as to how long the ‘pause’ would last. 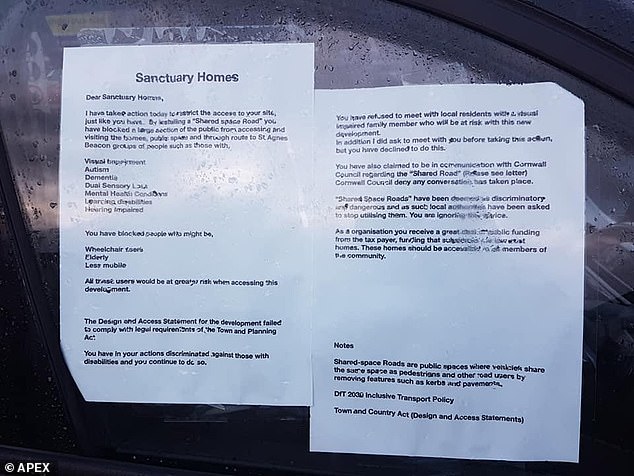 The Royal National Institute for the Blind said its campaigners have been pressing for shared space to be made ‘safe and inclusive’.

‘Accessible streets are vital to enable blind and partially-sighted people to access education, training and jobs and for all the family to go about their everyday lives,’ a spokesperson added.

The charity also added it was concerned about the government’s strategy on what will happen next as it ‘isn’t clear’. Sanctuary Group said it will continue to liaise with Ms Hough and Cornwall Council.