A SOBBING mother told cops “I’m not a bad mom” after her five-month-old baby was left in a roasting 37C car.

But unimpressed officers in Arizona, US, said there was “no excuse” for leaving the girl locked in the vehicle during a shopping trip – and charged her with child abuse and child endangerment. 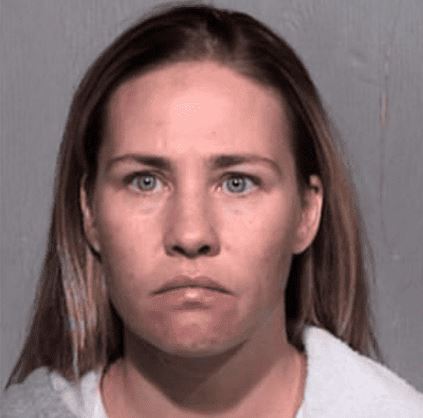 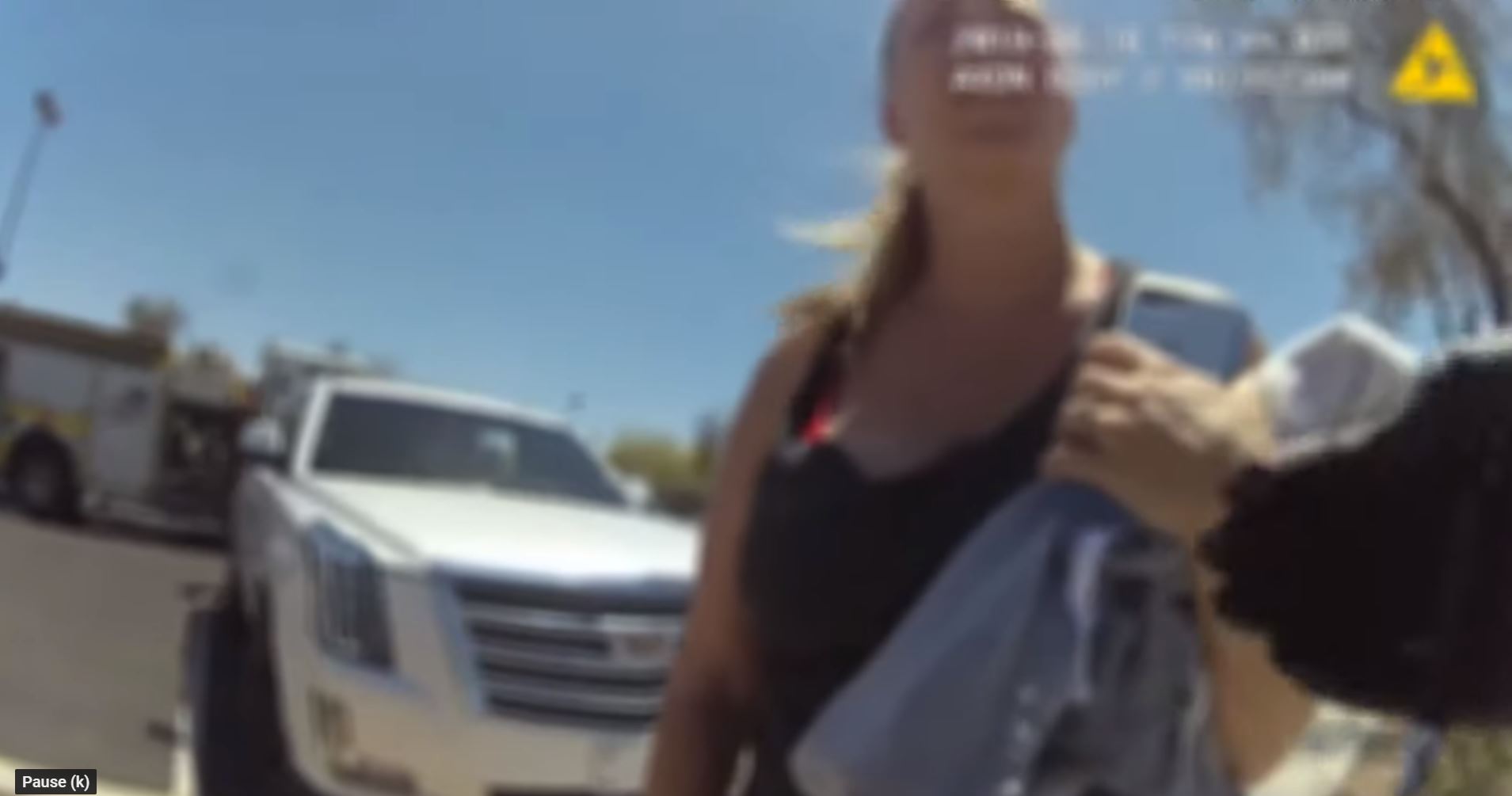 Stacey Holly, 37, said that she accidentally left her baby in the back seat while she, her sister and her six-year-old daughter shopped at Target in Goodyear, according to the cops’ bodycam footage.

The video shows the moment paramedics and police attended to the girl, who was left in the vehicle for about 50 minutes – according to the store’s CCTV footage of the vehicle in the car park.

Stacey told cops, however, that she believed the baby had been left locked inside the car for “about 30 minutes”.

On the video, one officer can be heard saying to another: “I can’t believe the kid survived that long, there’s no excuse man, I’m going to charge her.”

We didn’t do it on purpose obviously; we just are stupid and forgot that we had a baby with us.

A cop said it was “lucky” that the baby didn’t die, as a paramedic said the temperature was “99F (37C) outside, plus whatever’s in there.”

On the bodycam clip, the mother can be heard sobbing “I’m sorry, I’m sorry” to cops and paramedics gathered around her car, after she called them to the scene.

When officers asked “how was she [the baby] when you got to the car?”

They were told that the baby was crying, dehydrated and sweating.

Stacey’s sister said they had gone into Target, but “didn’t look in the back seat.

“We didn’t do it on purpose obviously; we just are stupid and forgot that we had a baby with us.”

I’m not a neglectful mom. I’m not a bad mom.

When asked to explain what had happened, Stacey told the officer: “We got out, to go into the store, and we just forgot her.

The cop asked: “Are you taking any alcohol, drugs, or anything?”

“I honestly don’t know how it happened.

“I’m freaking out, I’m sorry. How do you leave your baby?”

The cop replied: “We’re lucky that this isn’t – you know – something else.”

Stacey added: “I think that these people who do it who you see on TV, I’m like, ‘God how stupid are they to leave their kids in the car? And then it happened.”

According to CNN, a first responder said: “I can’t believe the kid survived that long.

“They probably had the car, like, ice cold before they parked. It’s all, I think, that probably saved the kid.”

Court documents show that Stacey has pleaded not guilty, and is to appear in court again on September 19, before a trial set for December 3.

In America, the average number of child heatstroke fatalities in a vehicle per year is 38, according to charity No Heat Stroke.

About 54 per cent of the 795 children who died of heatstroke in vehicles between 1998 and 2018 had been “forgotten by their caregiver”, said the organisation.

Kids and Cars said on August 23 that children in the US are “dying in hot cars at an alarming rate. The numbers are sickening: 10 children dead in 20 days.

“They were little girls and boys who died in hot cars just in the last few weeks, a growing crisis that’s perplexing in part because experts say the deaths… are both unintentional and preventable.” 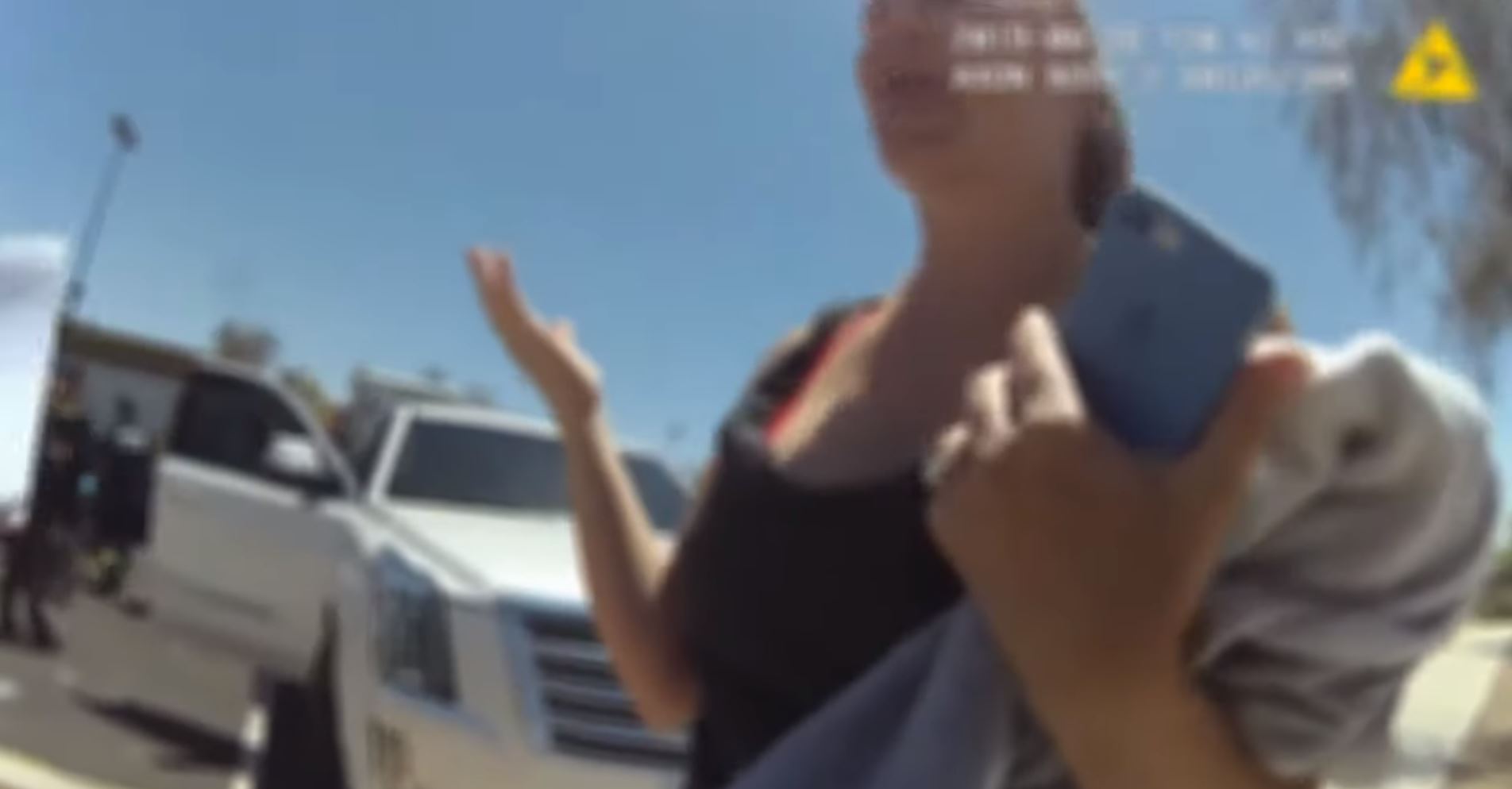