Mother terrified after a fire broke out inside her tumble dryer

Mother, 31, is left terrified after a fire broke out inside her four-month-old Hoover tumble dryer with smoke billowing into her home 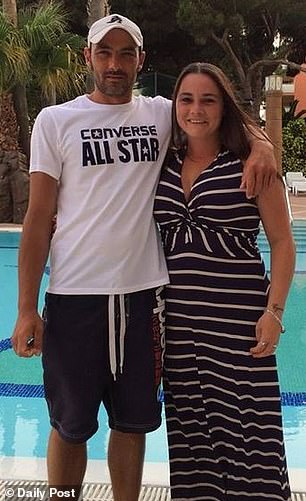 A mother has told how she was left ‘shaken’ after a fire broke out in her tumble dryer and smoke started pouring through the house.

Anna Griffith, 31, says she had put clothes in the machine to dry ‘as normal’ and was sitting down to watch a film with her five children, her partner Lee and her sister when they realised they could smell burning.

Miss Griffith, from Pwllheli, north Wales, said she then saw the house filling with smoke and rushed to the kitchen to see her tumble dryer, which she said she only purchased four months ago, was ‘full of flames’.

Hoover, which manufactured the dryer, said it was investigating the incident and is due to take the dryer away for further tests.

Miss Griffith said: ‘I’ve been really shaken up by the whole thing.

‘When I went in to the kitchen I couldn’t even see what was in front of me through the clouds of smoke.

‘It was so intense I found it very difficult to breathe.

‘I quickly got out the kids, who were crying and very scared, while Lee and my sister Caryl tried to put out the fire. 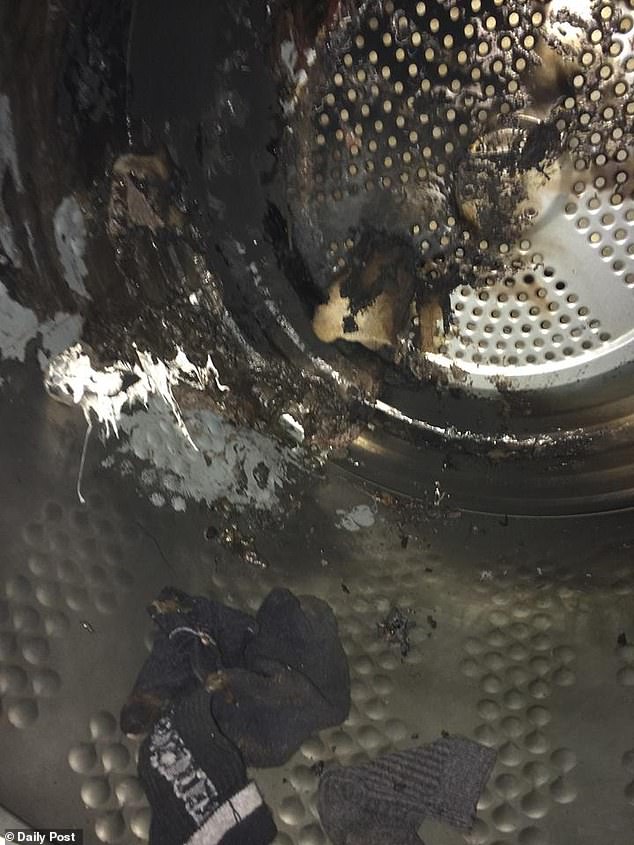 Miss Griffith, from Pwllheli, said she had to evacuate her five crying children after her tumble dryer (pictured) caught fire 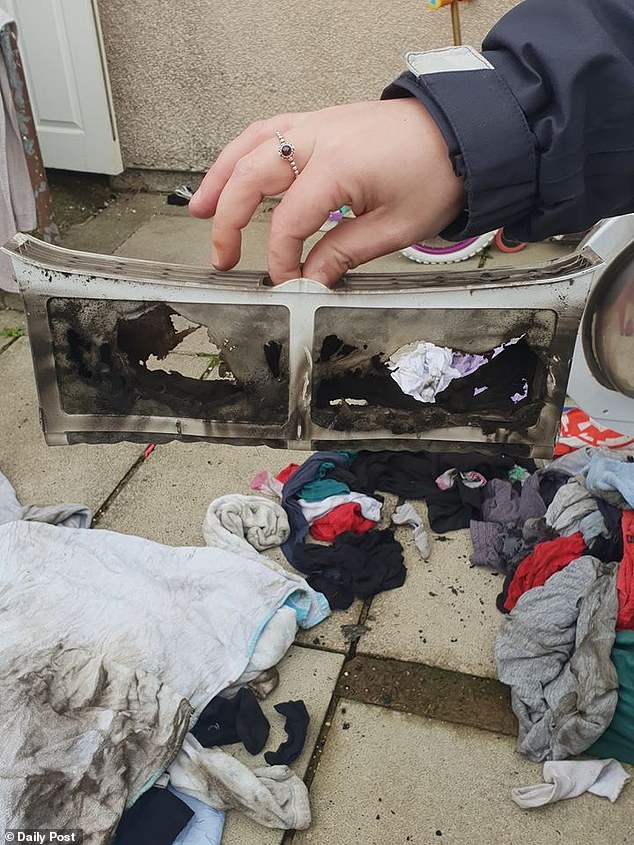 Hoover, which manufactured the dryer, said it was investigating the incident and is due to take the dryer away for further tests

‘Lee had to throw water in to the dryer and was able to get the clothes out and throw them in to the back garden.

‘Through great difficulty they were able to control the situation.

‘We didn’t have to call the emergency services thankfully.

‘I am very grateful that no one was hurt.

‘Many times I’ve put my dryer on and gone out or gone to bed, so I’m so glad we noticed when we did.

‘You always hear about things like this but never did I think this would happen to us, it’s always been one of my biggest fears.

‘I have family who have lost relatives to house fires.’

Miss Griffith contacted Hoover to complain about the incident on Monday morning. 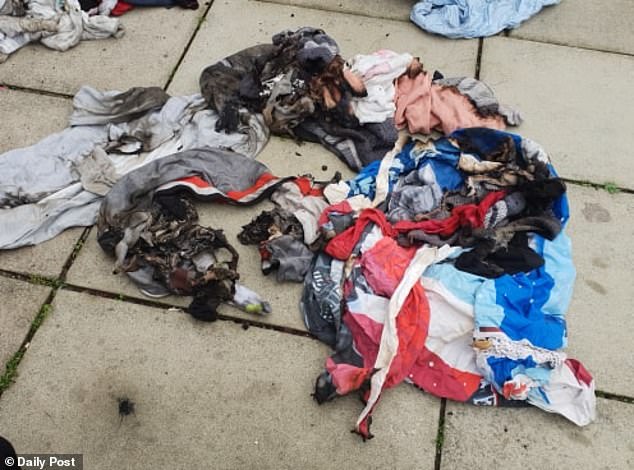 Miss Griffith said: ‘You always hear about things like this but never did I think this would happen to us, it’s always been one of my biggest fears’

She added: ‘My kids have been really affected by this. My five-year-old daughter couldn’t go to sleep that night as she thought the house was going to go on fire.

‘I had to reassure her for hours that everything was OK even though deep down I was scared too.’

A spokesman for Hoover said: ‘We were concerned to hear of the incident involving the Hoover HLV8LCG vented tumble dryer and were made aware of it on 10 December 2018.

‘We take reports of fire incidents very seriously and an appointment was made for an engineer to visit, which is the first step in a meticulous investigation to determine the cause.

‘A visual inspection of the appliance was carried out at the customer’s home yesterday.

‘It has been agreed that the appliance will be collected from the premises to allow for further investigation to take place.

‘A replacement appliance has also been offered to the customer.’