Mother-of-two nurse, 49, who died from cervical cancer was wrongly told her smear tests and biopsy results were normal during two years of misdiagnosis by NHS, inquest hears

A loving mother-of-two died from cervical cancer after doctors bungled several smear test and biopsy results for over two years, an inquest has heard.

Julie O’Connor, 49, was misdiagnosed during multiple hospital visits which allowed the two-inch tumour to spread and tragically kill her in February last year.

From her first routine smear test in September 2014 to her eventual cancer diagnosis in March 2017, the former NHS nurse from Thornbury, South Gloucestershire, was let down by a catalogue of failures, Avon Coroner’s Court was told.

One of the gynaecologists who examined Mrs O’Connor admitted at the inquest: ‘We missed it on multiple occasions.’ 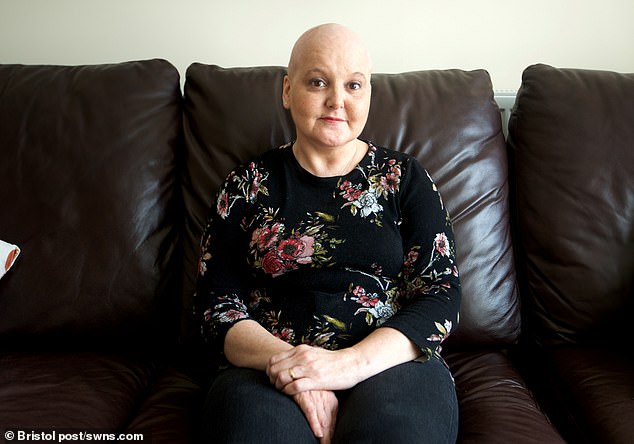 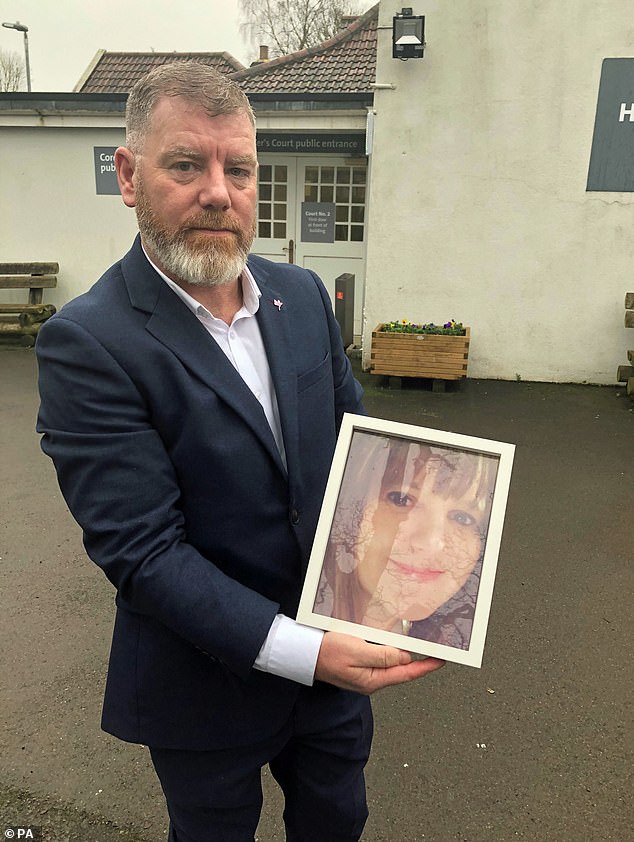 During an inquest at Avon Coroner’s Court, Mrs O’Connor’s husband, Kevin (pictured), 50, said that his wife was informed in October 2017 that she had stage four cancer

Mrs O’Connor’s distraught husband Kevin, 50, who is now a single parent to their young children Sophie and Daniel, has voiced his ‘grave concerns’ about negligence.

Almost a year after her 2014 check-up, Mrs O’Connor suffered vaginal bleeding and went to her local St Mary’s Street surgery where the GP referred her to Southmead hospital, Bristol.

Two weeks later, gynaecologists at the hospital told Mrs O’Connor in October 2015 that an endometrial biopsy was negative, and the hospital had also provided a ‘false positive’ result to a routine smear test carried out the previous year.

The court heard that by August 2016, Mrs O’Connor returned to her GP with the same symptoms, and a coil was fitted to try to help.

The GP also sent Mrs O’Connor back to Southmead, questioning cervical cancer, and the nurse was seen within two weeks, but told her cervix ‘looked normal’.

By November she was still unwell, and her GP made a third referral to the specialists who saw her in February 2017. 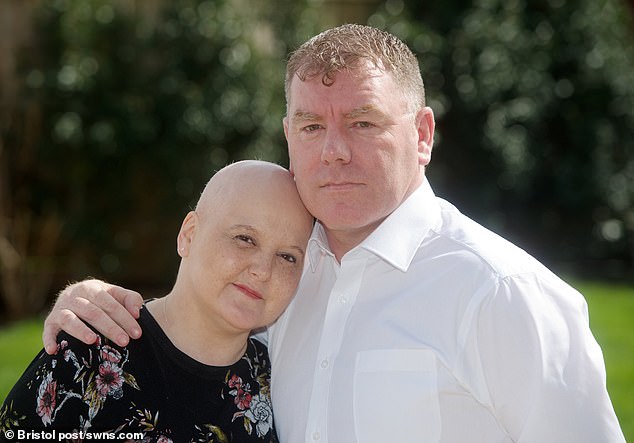 From her first routine smear test in September 2014 to her eventual cancer diagnosis in March 2017, the mother-of-two (pictured with husband Kevin) was let down by a catalogue of failures 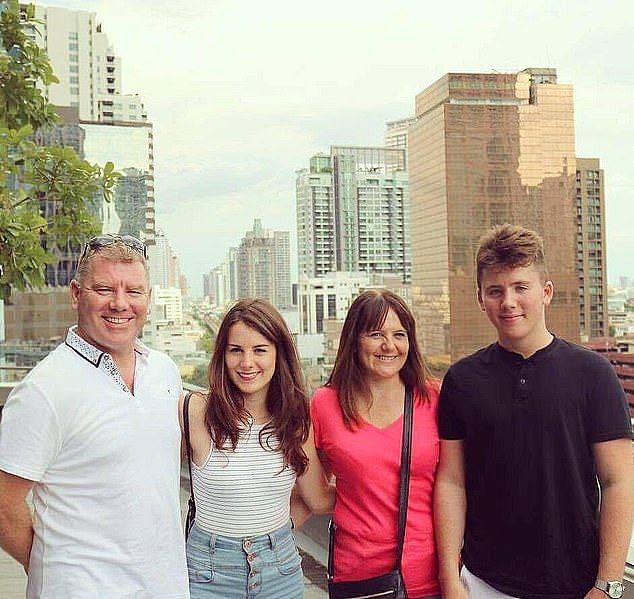 Mr O’Connor, who is now a single parent to their young children Sophie and Daniel, has voiced his ‘grave concerns’ about negligence

The inquest heard she was due to undergo further tests at Southmead the following month, but decided to instead see a consultant at a private hospital.

On examining Mrs O’Connor, they immediately suspected cervical cancer, which was later confirmed.

Further tests showed signs her cancer had spread and she underwent chemotherapy and radiotherapy. She died in a hospice less than 12 months after the cancer was confirmed.

The hearing heard the North Bristol NHS Trust has accepted the findings of both the smear test and later biopsy were wrong.

Mrs O’Connor’s husband, Kevin, 50, told the inquest that his wife was informed in October 2017 that she had stage four cancer.

‘At this point Julie was advised that the initial scan in March 2017 had been wrongly reported, and the metastases could be seen in the original imaging and should have been picked up at the time,’ he told the inquest. 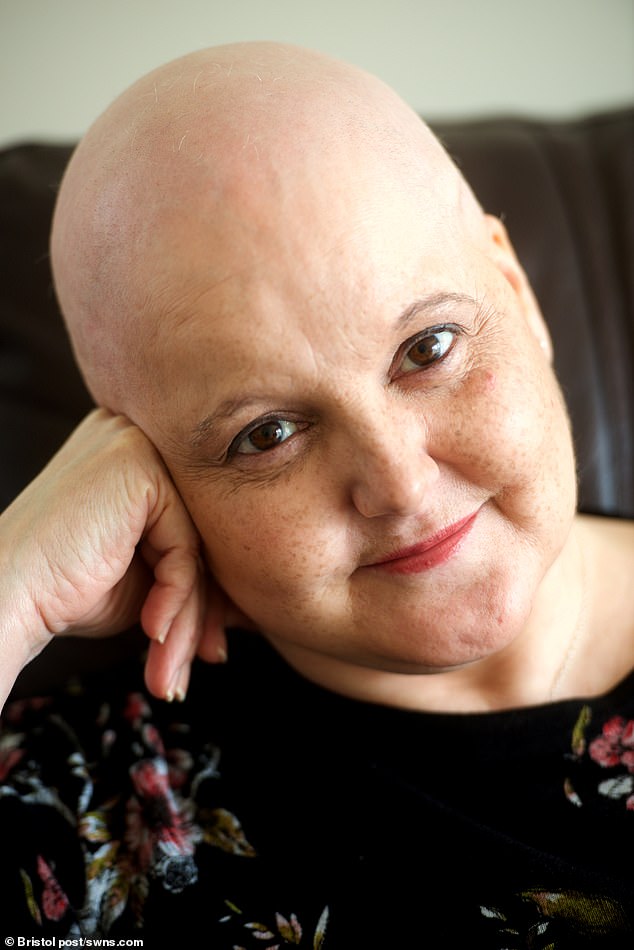 ‘North Bristol NHS Trust have accepted the cervical smear in 2014 was wrongly reported, and the root cause analysis document also records that the October 2015 endometrial biopsy was reviewed and a small number of cervical cancer cells were found.’

In his written statement, Mr O’Connor said he and his wife commissioned a review of the October 2015 biopsy, which in the expert’s opinion showed evidence of cancer – warranting further inquiries.

‘Yet again an opportunity to diagnose Julie’s cancer was missed,’ he said.

‘When Julie had a breast biopsy in May 2018, which was again wrongly reported as negative by the North Bristol NHS Trust, Julie was in hospital, and I remember a nurse saying words to the effect, ‘When I heard it was Julie O’Connor I couldn’t believe one person could be so unlucky’.

‘Given the number of false negative pathology reports reported by the North Bristol NHS Trust pathology department, Julie was, and I remain gravely concerned that she was not the only patient who had false negative reports, and there may be many more patients who will suffer from cancer which could have been diagnosed earlier.

‘I am also concerned about the number of gynaecologists who examined Julie in her NHS care, and none of them identified a cervical cancer leading to further tests, despite Julie’s GP highlighting concerns about Julie’s cervix.’

Mr O’Connor, who works for the Civil Aviation Authority, said there were ‘systemic failures’ in the Trust’s care of his wife.

‘I am concerned about the Trust’s ability to learn from past mistakes. The root cause analysis does not look at the root underlying cause,’ he said.

‘The root cause analysis does not account for further potential victims. I am extremely concerned that a proper wider independent investigation has not taken place.

‘This negligence is of serious public concern and should scrutinise present and past decisions.

‘There may be other victims who have received false negative pathology reports, and false gynaecology clinician examinations, at the North Bristol NHS Trust, who need to be reviewed.’

GP Dr Rebecca Williams told the inquest she had referred Mrs O’Connor back to Southmead because she felt her cervix was ‘harder than I would normally expect it to be’ under examination, and ‘looked abnormally vascular’.

The inquest was adjourned until Tuesday. 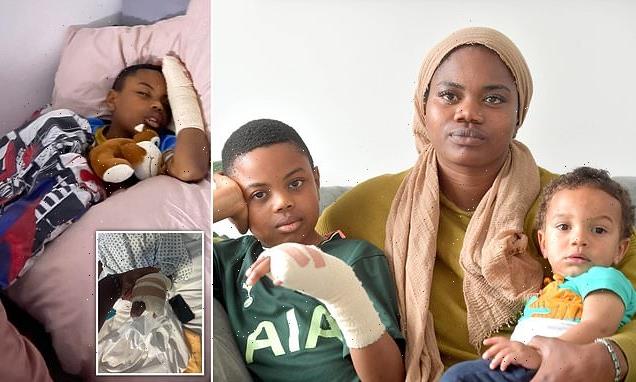