‘Most of those who died would be here today if they’d changed their stay-put policy’: Mothers who escaped Grenfell blaze with their children ask why fire brigade kept telling residents not to leave their homes

A mother who escaped the Grenfell Tower inferno with her children wept as she asked why the fire brigade’s ‘stay put’ advice to residents was not abandoned sooner.

Hiwot Dagnachew, who lived immediately above the fourth-floor flat where the fire broke out, fled with her family after discovering smoke and flames in her kitchen.

Asked at the end of her evidence if there was anything else she felt it would be important for the public inquiry to hear, Ms Dagnachew said one ‘burning question’ had lingered.

‘How is it that the incident commander did not know that fire was raging through flats as well, not just on the outside?’ she asked.

She claimed despite residents ‘giving vital information’ to the fire service, family and friends perished because no evacuation was ordered. 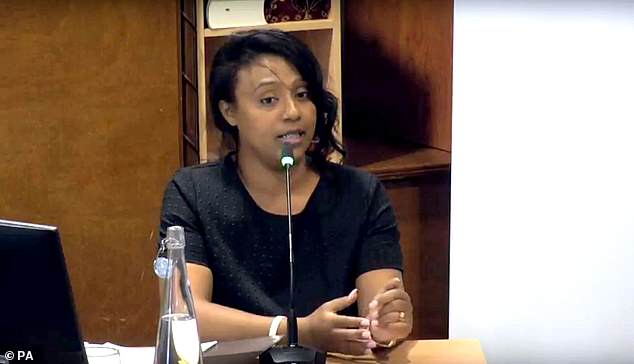 Meron Mekonnen fled the 19th floor of the tower on June 14 last year with her two young daughters, who started crying and screaming ‘Our home is burning’ once outside 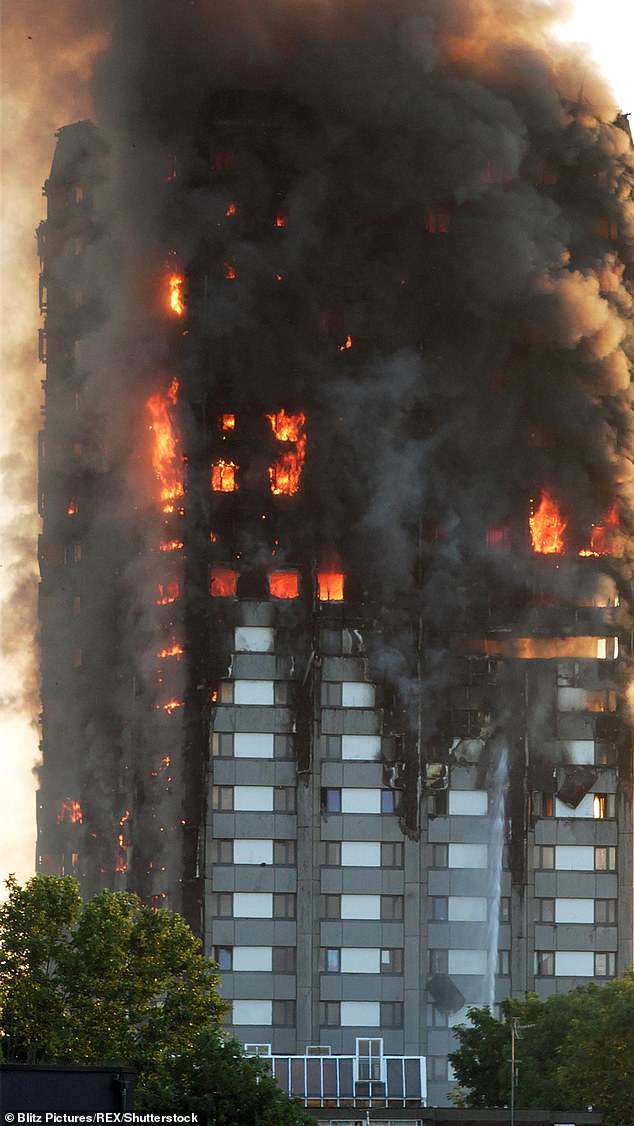 Ms Dagnachew added: ‘What did that firefighter do with that vital information we gave, because I have always thought since then … people we loved, people that died that evening, had there been an early evacuation decision, most of them would have been here today.’

The London Fire Brigade (LFB) has been criticised for initially telling residents to remain in their flats despite the speed and ferocity of the blaze’s spread.

The basis of the stay-put policy is that fire should not spread between compartments, so a person in an unaffected part of the building should be able to remain in their flat and await rescue safely.

This was changed almost two hours after the fire started.

Ms Dagnachew said she first became aware of the fire at about 1.15am and had fled the building within minutes, telling a firefighter on the way down that it had spread to her flat.

She continued: ‘This was very early in the night and so many people could have been evacuated. We’ve lost so many people because they were told to stay put.

‘I was waiting for my friends, for my neighbours to come out. Why was the policy not changed early on? Why were no people evacuated early on?’

Inquiry chairman Sir Martin Moore-Bick replied: ‘It’s an important question and one which we will do our very best to answer.’ 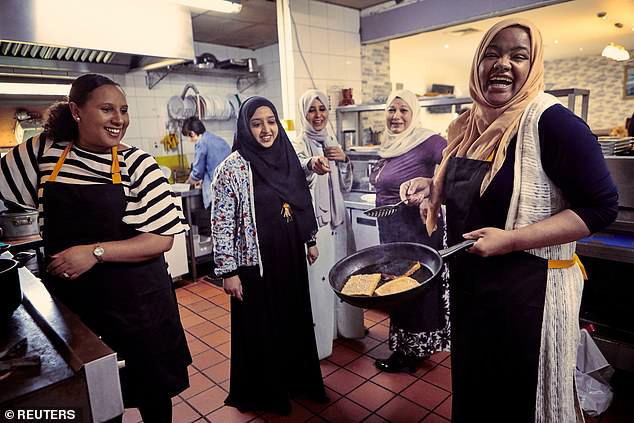 From left: Hiwot Dagnachew, Aysha Bora, Halima Al-huthaifi, Ahlam Saeid and Munira Mahmud, in the Hubb Community Kitchen at the Al Manaar Muslim Cultural Heritage Centre. Their recipes feature in the cookbook ‘Together: Our Community Cookbook’, with a foreword written by the Duchess of Sussex

Feelings of guilt over not doing more to alert her neighbours have plagued Ms Dagnachew, as she added: ‘[The guilt] will stay with me forever’.

Meron Mekonnen fled the 19th floor of the tower on June 14 last year with her two young daughters, who started crying and screaming ‘Our home is burning’ once outside.

She covered their eyes to stop them witnessing ‘the human tragedy unfolding’, as trapped residents switched their lights on and off to attract attention.

In a written statement to the public inquiry into the blaze, Ms Mekonnen told of the impact of the fire on her two daughters, then six and four, who both now struggle to sleep.

She said: ‘[My daughter] asks, ‘Why can’t we go to heaven if this is where the other children have gone?’.

Ms Mekonnen was woken by a phone call from her aunt Hiwot at about 1.25am.

She and her daughters attempted to go down the stairs but were told to ‘go back’ by someone further down.

They tried again and managed to successfully reach the ground floor, leaving the tower at 1.32am. 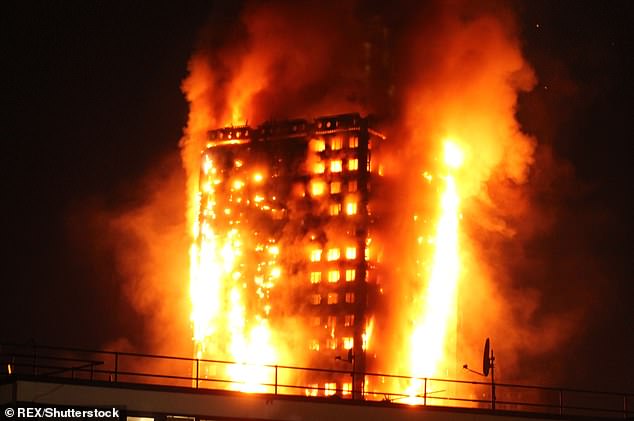 Feelings of guilt over not doing more to alert her neighbours have plagued Ms Dagnachew, as she added: ‘[The guilt] will stay with me forever’

Once outside, Ms Mekonnen called her neighbour Genet on the 18th floor, urging her, her partner and her two young sons to leave.

The neighbour said she had been told by the fire brigade to stay put, and threatened to jump from the window with her family.

Genet later safely made it out, but the body of her son, five-year-old Isaac, was discovered in the stairwell.

Ms Mekonnen said: ‘I personally believe that firefighters should have started going from flat-to-flat to get people out the tower as soon as they realised the fire was out of control.

‘If people had left their flats at the same time as me and my children, I think that many lives could have been saved.

‘I do not understand why the London Fire Brigade were telling people to stay in their flats, as the staircase was empty at the point I left and there was virtually no smoke higher up the tower at that early stage.’

The public inquiry is currently in its first phase, hearing from survivors, the bereaved and local residents at Holborn Bars, central London.