Motocross riders get stuck in the mud during Storm Ciara

Motocross mudbath! Riders get stuck in the mire as they plough through boggy race track during Storm Ciara

This is the moment international motocross riders are sent flying after Storm Ciara’s heavy rain turned part of their course into a knee-deep muddy bog.

Footage shows the bikers battling it out at the Hawkstone Park Motocross event in Shropshire on Sunday and trying their best to stay upright around the slippery track.

Several of the competitors are seen confidently going around a corner and splashing through a large puddle but then tumbling into the sludge.

Although struggling to stay upright the riders, including some who had travelled from warmer climes for the event, battle against the elements on the dirt track.

A rider with yellow trousers is the first to fall after splashing through the puddle but hitting the mud and falling to the side as they try to get back on the straight.

Other bikers are then seen skidding around the track’s challenging bend as the soupy conditions render their tyre treads useless.

As the rest of the pack attempt the turn and try to avoid those on the ground, the clip shows two people on the floor desperately trying to get moving again. 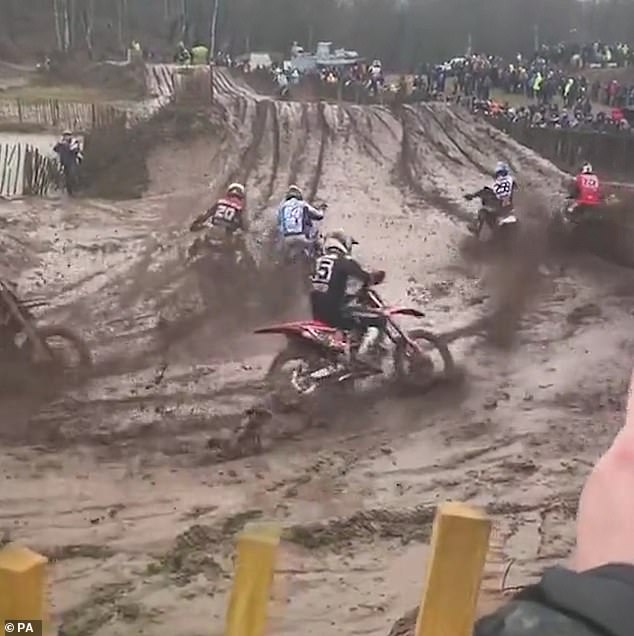 While some are defeated by Storm Ciara’s boggy mess, a few manage to make the corner and can be seen quickly flying over jumps along the track.

During the race severe weather warnings were in place around the county and rain continued to lash down further weathering the track.

Fans of the sport watched in awe as the riders headed straight through the swampy track and fearlessly mounted hills at speed. 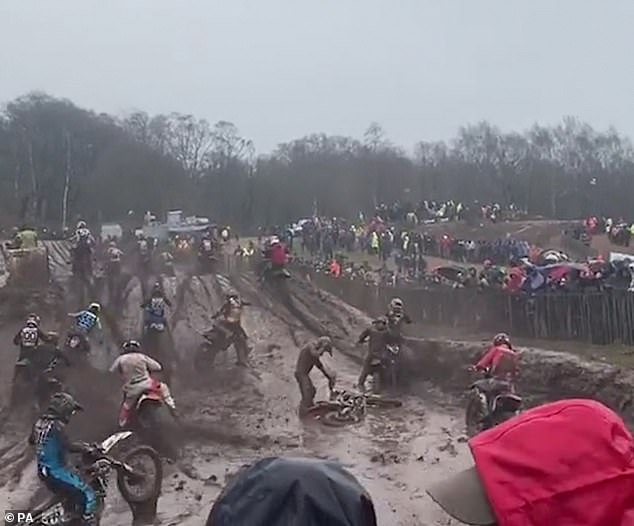 Slipped up! Several competitors were left struggling to get back on their feet after the soggy conditions made it tricky to mount their bikes again 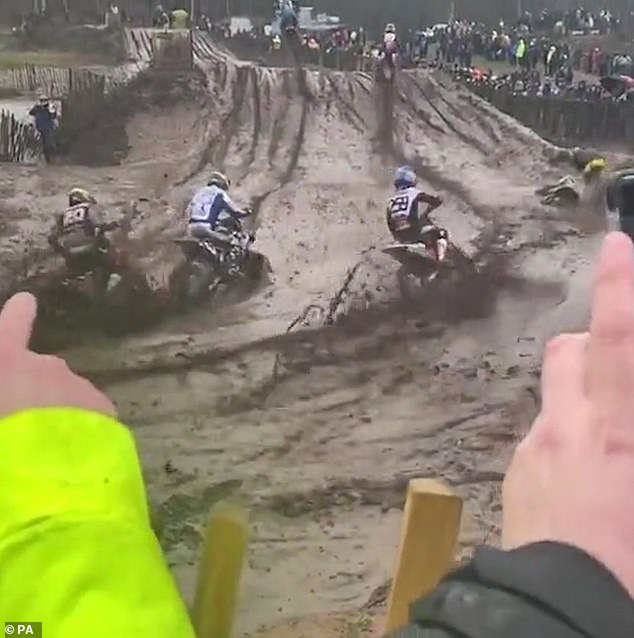 What a race! Several of the bikers confidently approached the boggy corner and drove straight through the large muddy puddle

A spokesman for the Hawkstone Park Motocross event said:  ‘We would just like to thank each and every one of you for today – marshalls, event staff, organisers, riders, mechanics and, most importantly, the fans who turned up and braved the elements all day.

‘We had some great racing and we did the very best we could in the conditions! We are very grateful to the very true MX fans! You were awesome!!

‘The weather wasn’t thankfully as bad as predicted and despite some heavy showers even the sun shone at certain points!’ 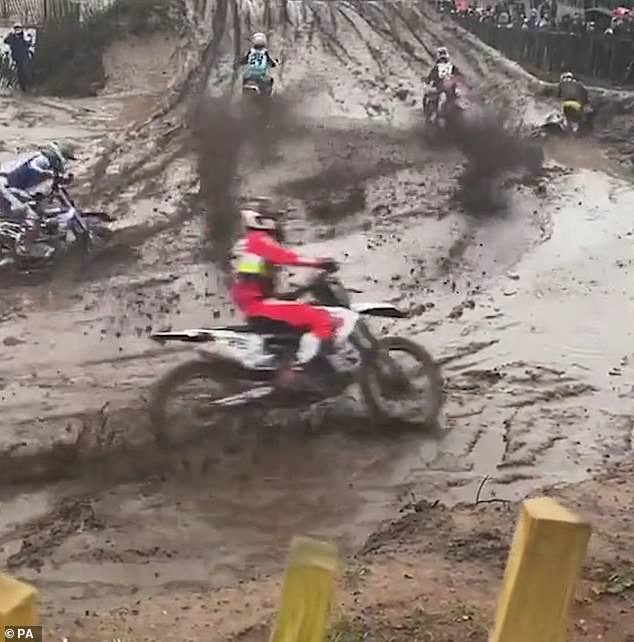 Watch out for spray! A biker in red took the corner wide, sending mud flying towards the crowd