The M27 will shut between junction 3 and junction 5 from 10pm tonight until 5am on Monday morning. 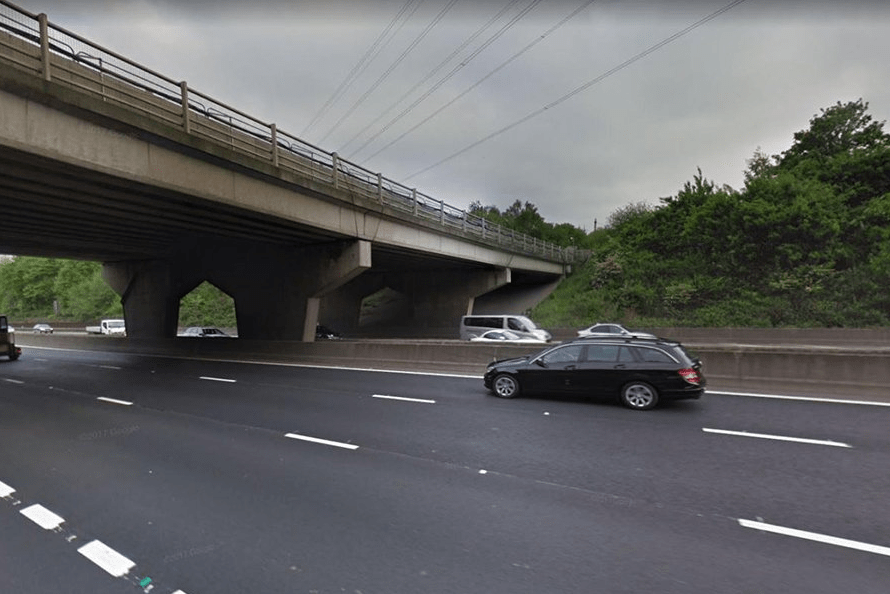 It will close as part of a £19million renovation project to replace the two Romsey Road bridges over the motorway.

Cars and other small vehicles will be able to take shorter routes.

But truckers face a mammoth 58-mile diversion which has been set up by Highways England bosses.

They will have to go from the closure in Southampton, up to Salisbury and then back to Southapmton via the A34.

The normal journey would take less than ten minutes but the new route across two counties will take two hours.

Hampshire Fire and Rescue Service described it as the "biggest traffic diversion ever in the country". 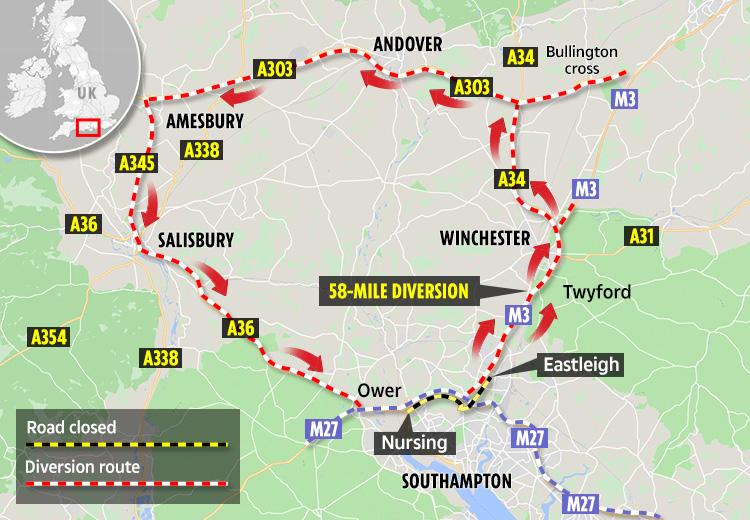 He said: "I am stunned by the suggested alternative route for HGVs, it is truly an enormous distance.

“It is a monster diversion, taking lorries a zillion miles out of their way.

"We think of Highways England as having one job to do and that is to run the road network correctly for key users.

"It's a debacle and they are not focused on this and key road users.” 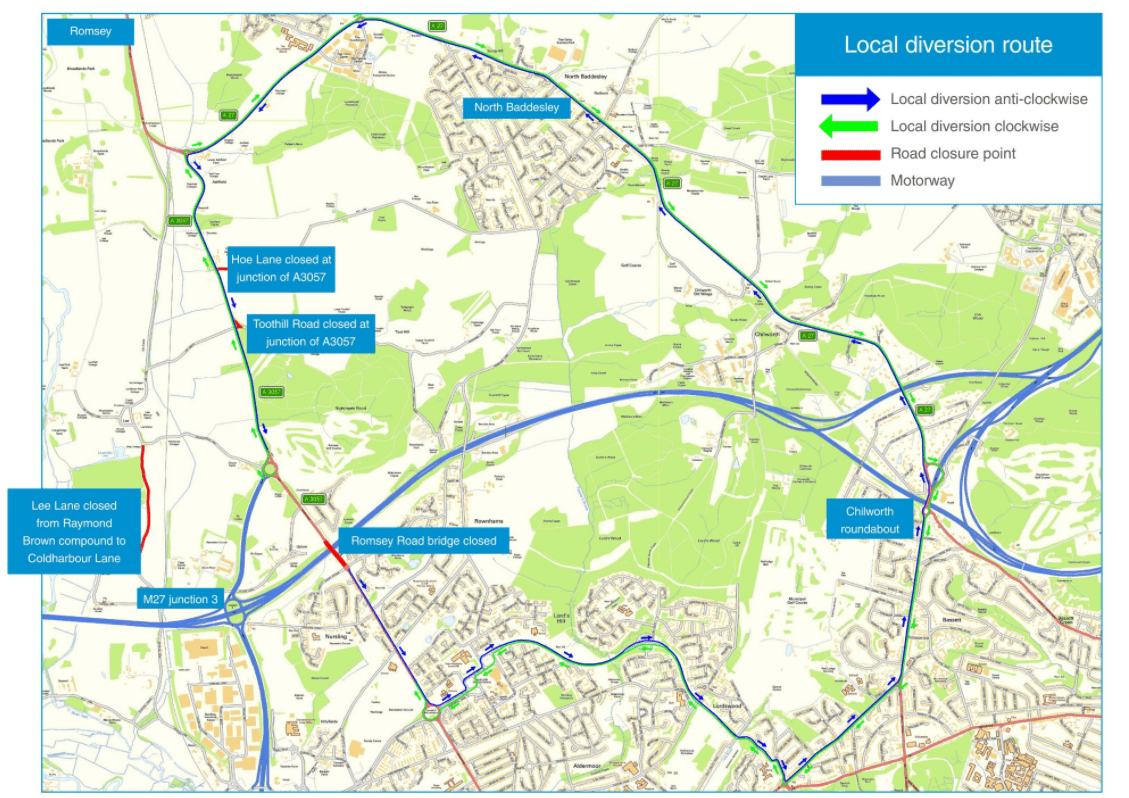 The RHA said a single trip along the diversion route would cost a haulier an extra £35 in fuel alone.

Malcolm Gibson, managing director of Hampshire-based international freight company Steve Porter Transport, said: "It will certainly affect some of our customers who are travelling to us.

“The section between junctions three and five is an integral part of the M27 for hauliers."

Highways England said the closure was picked at the quietest of times.

A spokesman for Highways England said: "Completing these key phases of work at the weekend means that restrictions can be kept to a minimum at other, busier, times.

“We understand that these closures will inevitably cause considerable disruption in the area and we advise that road users plan journeys in advance, especially those heading for the ports.

“We also urge drivers – especially those of HGVs or similar heavy and high-sided vehicles – to follow the signed diversion routes as these have been chosen as they are the most suitable routes and can cope with heavy flows of traffic.”

Further weekend closures are scheduled next year between April 26-29 and October 18-21.

The project, which began in the spring, is expected to finish in January 2020.