Police Scotland confirmed a 60-year-old woman has been charged with culpable and reckless conduct over an alleged breach of coronavirus regulations between September 26 and 29 last year.

Ms Ferrier was suspended by the SNP in the wake of the scandal but has resisted calls to resign. 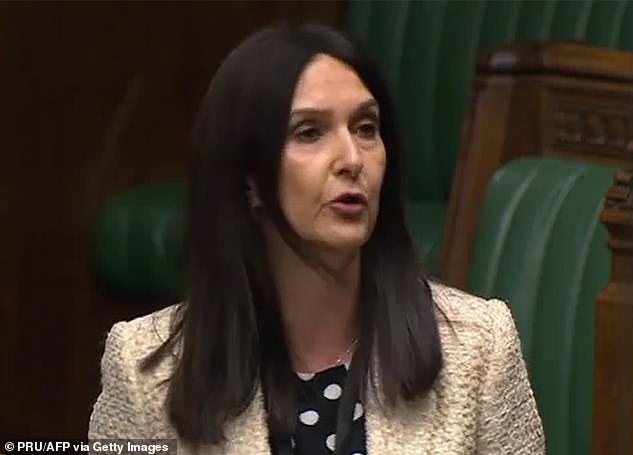 A spokesperson for Police Scotland said: ‘We can confirm that officers today arrested and charged a 60-year-old woman in connection with alleged culpable and reckless conduct.

‘This follows a thorough investigation by Police Scotland into an alleged breach of coronavirus regulations between 26 and 29 September 2020.

‘A report will be sent to the procurator fiscal and we are unable to comment further.’

Ms Ferrier, 60, sparked outrage in October after admitting she had travelled by train from her constituency near Glasgow to London while awaiting the results of a Covid test at the end of September.

She spoke in the Commons that night and then travelled back to Scotland the following day after being told the test was positive.

The Metropolitan Police said in October that because Ms Ferrier took a coronavirus test on September 26 – and travelled to London two days later – she could not face action under the Health Protection Regulations 2020, because they only came into effect on September 29.

The new law introduced a £4,000 fine for people who ‘recklessly’ breach lockdown.

Despite facing pressure to resign her seat, Ms Ferrier, who was stripped of the nationalist party’s whip, is now an independent MP for Rutherglen and Hamilton West.