Tory lockdown rebellion grows: MPs say ‘freedom is not just for Christmas’ as they urge Boris Johnson to EXTEND relaxation of lockdown beyond holiday period and avoid ‘cycle of restrictions’

Boris Johnson was facing a growing Tory rebellion over lockdown last night, as MPs warned a relaxation of the rules could not be ‘just for Christmas’.

The Prime Minister is due to announce plans next week for a fresh series of restrictions, which would come into force on December 2 when the national lockdown expires.

But ministers are divided on how far to go in relaxing the restrictions amid fears that the virus could quickly spiral out of control again.

Michael Gove and Health Secretary Matt Hancock are said to be pushing for just a limited easing of the rules, meaning most of the country would remain in virtual lockdown, with no indoor socialising allowed. 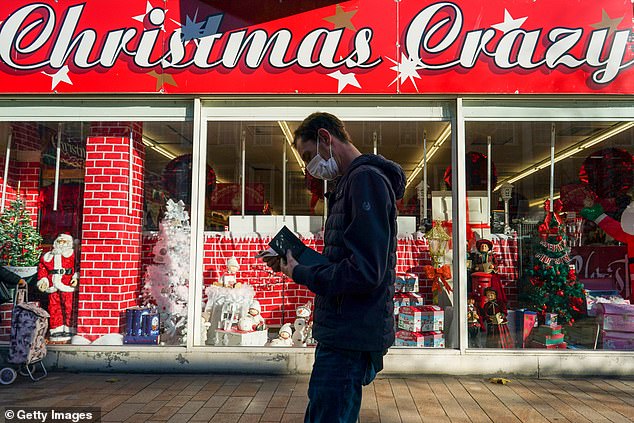 One Whitehall source said Mr Gove, who is minister for the Cabinet Office, was trying to ‘rein everything in’. Another said he was pushing for the lockdown to be extended in the hope of avoiding the need for a third lockdown next year.

An ally of Mr Gove denied the claim last night, saying he was ‘fully supportive’ of the aim of ending the lockdown on December 2. A string of other senior ministers, including Chancellor Rishi Sunak, Business Secretary Alok Sharma, Trade Secretary Liz Truss, Culture Secretary Oliver Dowden and Home Secretary Priti Patel, are gearing up to push for a wider reopening to allow battered firms to salvage part of their normal Christmas trade.

Mr Sunak is said to believe it is essential for both the retail and hospitality sectors to be allowed to reopen in the run-up to Christmas, which is the busiest time of year.

Chief Whip Mark Spencer is said to have warned the Prime Minister that he could be forced to rely on Labour votes to push new restrictions through the Commons if they are drawn too tightly.

Former minister Steve Baker last night urged the Government to take a new approach to living with the virus to prevent further damage to the economy.

Mr Baker said: ‘Freedom cannot just be for Christmas. Lockdowns and restrictions cause immense economic, social and non-Covid health damage. We’ve got to start talking about those so that we know the restrictions we’re being asked to live under are not causing more harm than good to our citizens.

‘We’ve also got to develop a much better strategy for living with this virus that doesn’t require us being locked up and freed by the Government.’

Mark Harper, chairman of the 70-strong Covid Recovery Group of MPs who are fighting the imposition of a further lockdowns, said the public needed to see a consistent policy.

He added: ‘The country needs a different and enduring strategy for living with the virus that lasts beyond Christmas. We cannot keep living under a cycle of lockdowns and restrictions that expect people to be grateful for being let out to enjoy the festive season, only to have strict restrictions imposed on them afterwards that cause them health problems and destroy their livelihoods.’ Ros Altmann, another former Tory minister, told the BBC’s World at One that people should not be made to feel ‘grateful to be let out of their own homes to see family and loved ones’.

She said ministers had to take more account of the health impact on those cut off from loved ones.

The peer added: ‘It shouldn’t be up to government to dictate what happens at a family event.

‘We need a much broader assessment of the risks of severing family ties and endangering family gatherings and the risk of making older generations feel cut off from their families. Older people don’t just die of Covid.’ 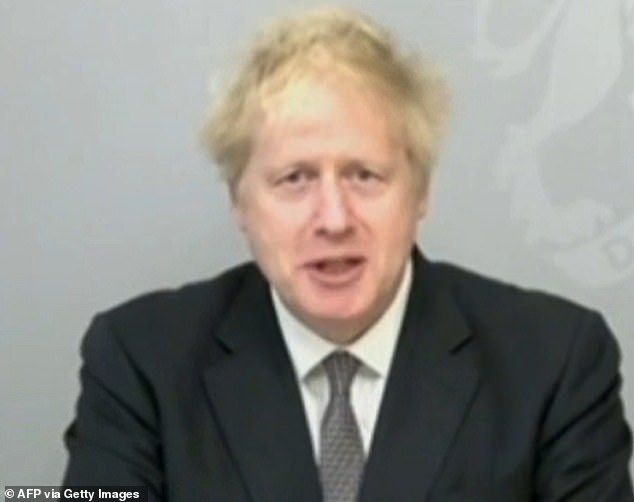 Boris Johnson is due to announce plans next week for a fresh series of restrictions, which would come into force when the national lockdown expires

Business leaders also voiced concerns last night about the ‘lack of clarity’ about the vital Christmas trading period. The British Chambers of Commerce has submitted a freedom of information request to the Business Department to determine what evidence, if any, was used to justify the closure of businesses in the current lockdown.

‘Delays and imprecision mean people lose their livelihoods,’ he said.

‘Firms are taking difficult decisions every day about their futures, and are tired of being left to rely on speculation and rumour. Business communities –whether in England, Scotland, Wales or Northern Ireland – cannot take another year of rushed stop-start restrictions from governments while vaccines are rolled out.’

The CBI also called for ‘clarity’ on a lockdown exit strategy and guidance, with at least seven days warning to help businesses prepare as well as boosting consumer confidence.

Josh Hardie, acting CBI director-general, said: ‘For many firms, the start of December is their most important trading period. A clear, well-communicated exit strategy can help them salvage the best from a bad year.’

Model mom-of-two, 26, run down and killed by her former cop ex in 'domestic incident', police say