The New York City subways chief publicly and desperately pleaded with the mayor on Thursday to address aggressive mentally ill people who commit violence in the transit system — just hours after an unidentified attacker shoved a 40-year-old woman into the path of an oncoming train.

“It’s gotta be addressed, and I’m desperate for this mayor or the next mayor to take it on because we’ve got a long way to go.”

The strong words came on the heels of the 8:30 a.m. attack — the second in as many days.

The assailant was pacing back and forth on the northbound 4/5/6 train platform before he ran up behind the woman and pushed her onto the tracks as the 5 train approached, according to police.

The woman fell between the rails and suffered only minor injuries as the train rumbled overhead.

Two subway cars passed over her before the train was able to stop and the FDNY pulled the woman to safety, cops said.

“Our platform controller happened to be on that part of the platform and was able to stand over the perpetrator until police arrived,” Feinberg said. “This woman amazingly, apparently, has only suffered minor injuries, which is stunning to me. It’s pretty unbelievable.”

On Wednesday, another straphanger escaped serious injury when he was pushed onto the tracks at the 42nd Street-Bryant Park subway station at around 7 p.m., police said. 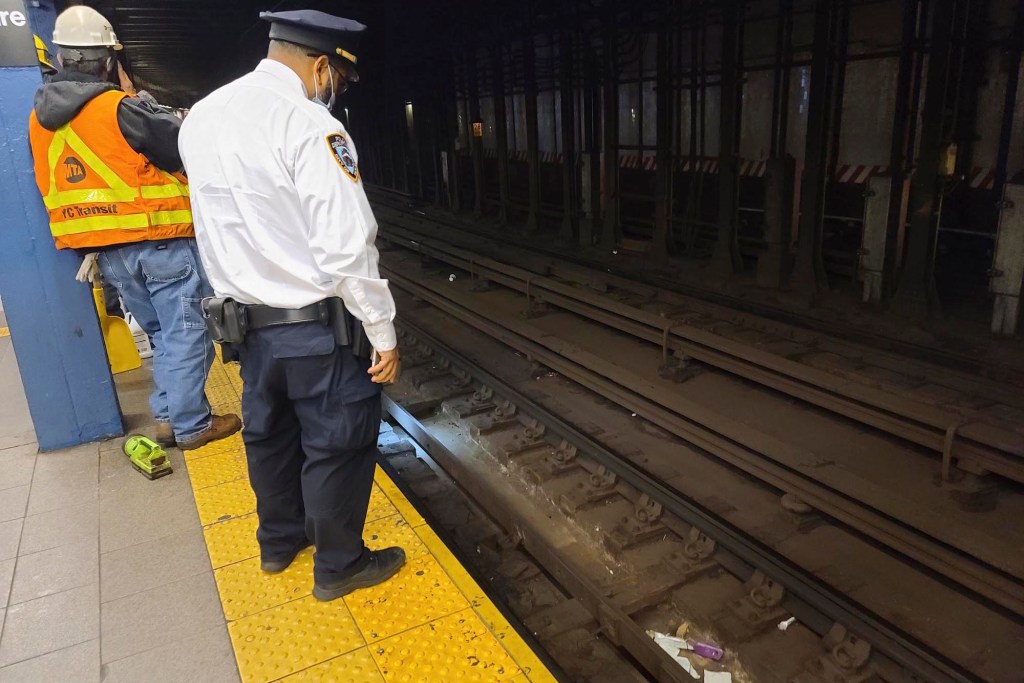 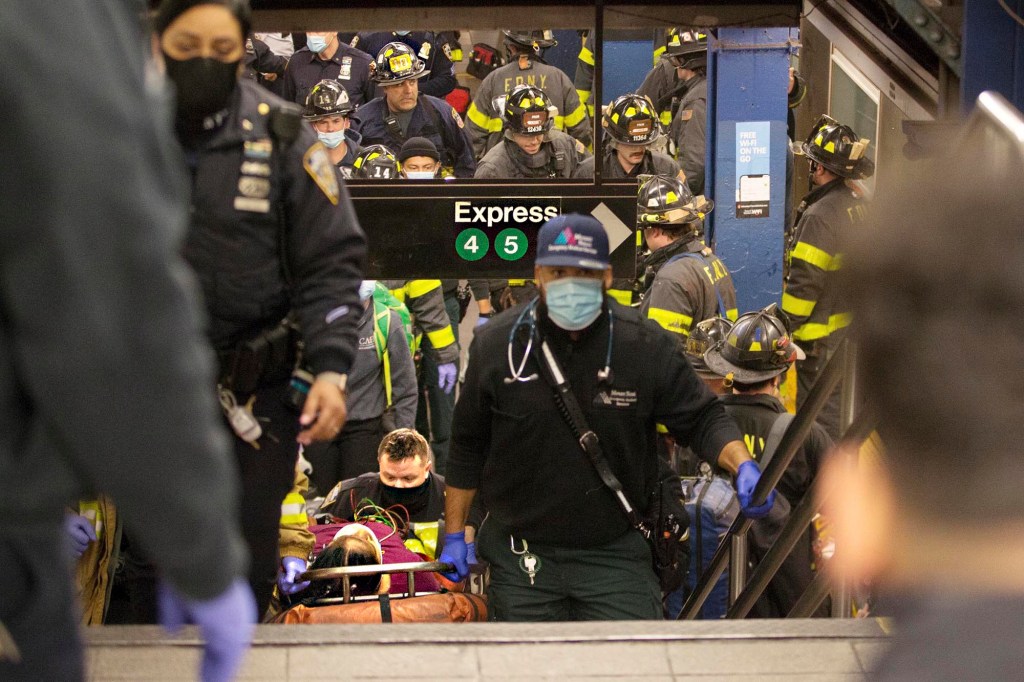