A GRIEVING mum was "overwhelmed" to find a stranger's heartfelt poem in the place where her daughter died.

Sharon Green marks every anniversary of her daughter's death by leaving a floral tribute by the road in Sheffield where her 13-year-old girl was run over in 1996. 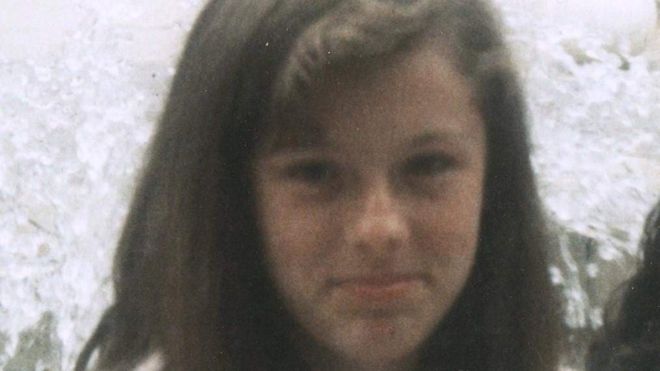 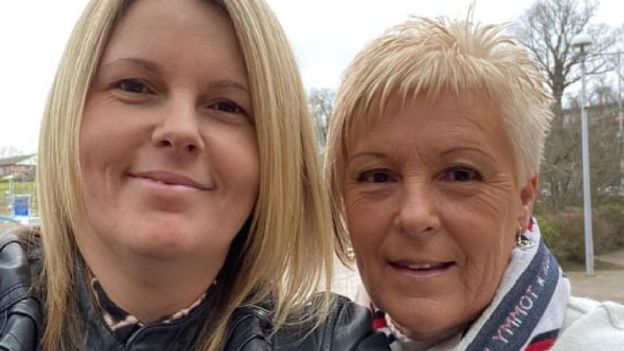 Sharon's daughter, Rebecca was knocked down at a crossing on Penistone Road on January 20 and each year since then her mum has left flowers as a "reminder" for passing drivers.

But this year when Sharon went to complete her annual tradition she found a laminated poem written by one of the motorists who had been noticing her tributes for years.

She told BBC Radio Sheffield: "I was just overwhelmed to think that someone would go and put so much effort into writing the most beautfiul verse."

Peter Fearnley, who commutes into Sheffield from Deepcar, had recorded a song two years ago for Sharon.

He shared it online in the hope that whoever left the flowers would come across it.

It wasn't until he wrote the verse down on paper and placed it by the side of the road that Sharon discovered it.

He said: "I thought it was a really touching tribute and always felt really moved [by the flowers].

"I've been a songwriter for many years so it was natural for me to try and put those feelings into verse."

"I can't believe someone has been driving past for the past 24 years and taking note that the flowers were there."

Part of the poem reads: "I've seen this act of sweet remembrance for over twenty years

"Flowers on the railings full of tenderness and tears

"The flowers on the railings for a love that won't let go". 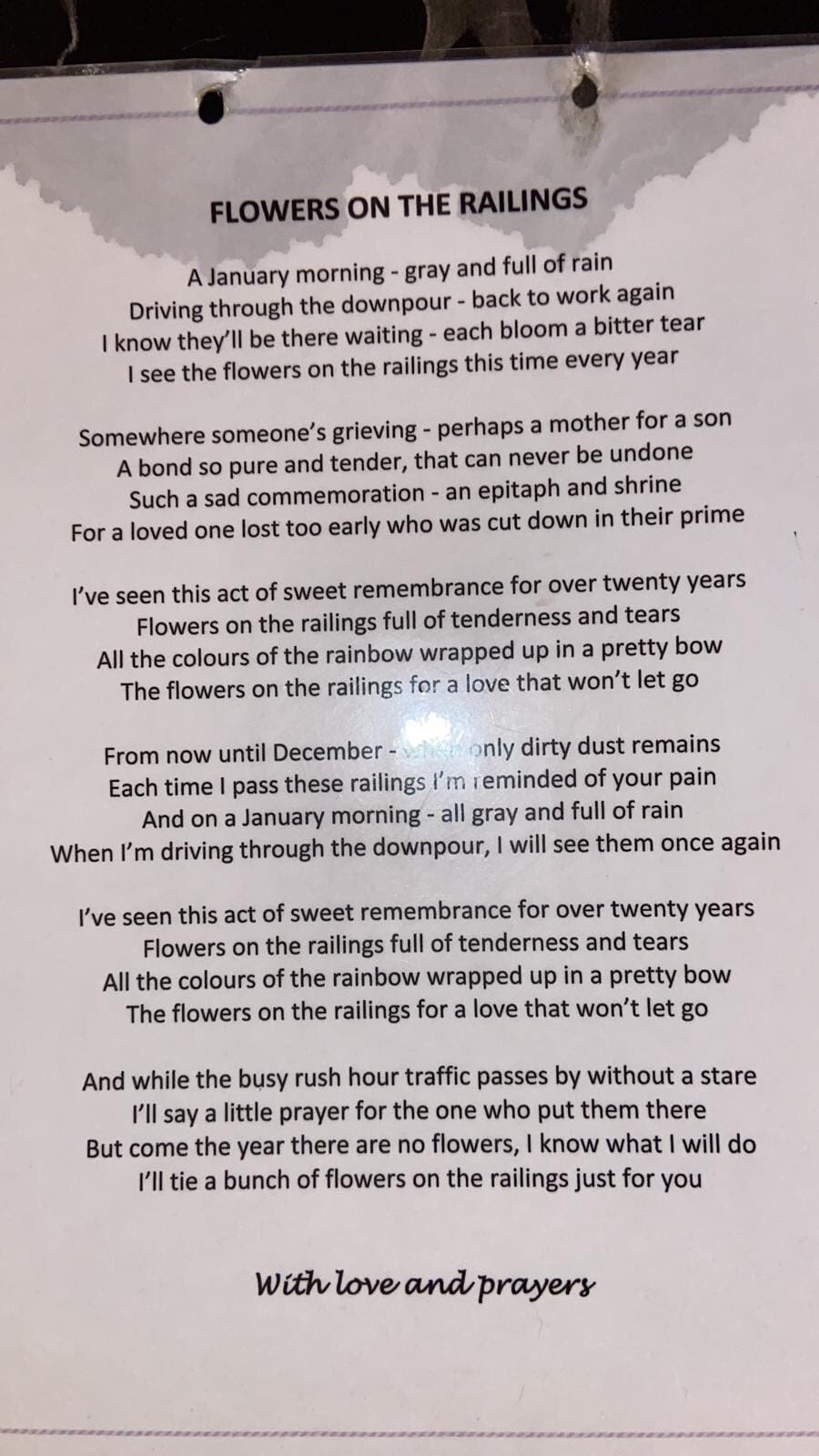