The victim, named locally as Lilia Djairine, 24, died outside the pizza shop in Hanwell, West London, as locals desperately tried to revive her. 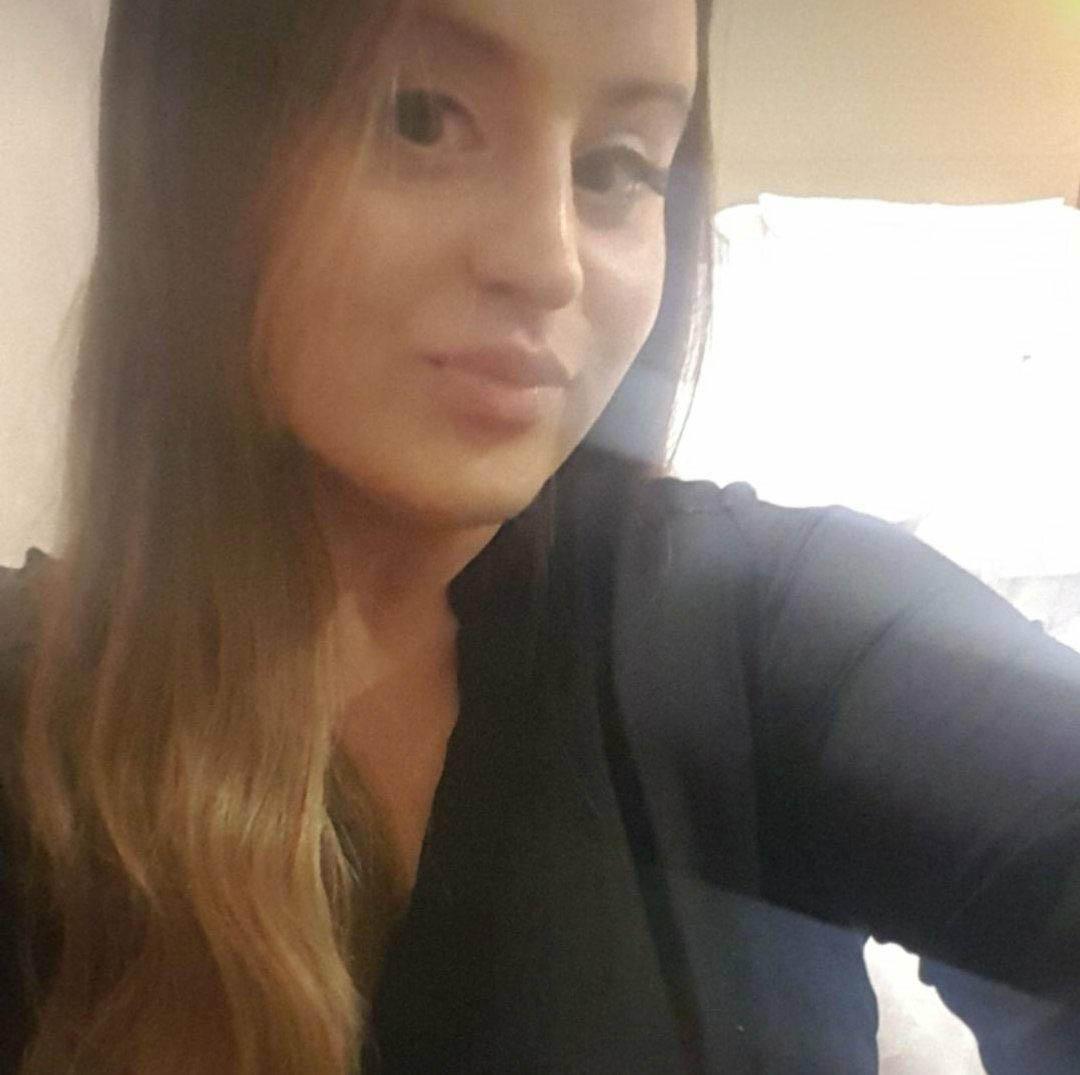 An air ambulance landed on the street shortly after midday on Thursday, but despite their best efforts paramedics could not save the mum-of-one.

Police arrested a 28-year-old man at the scene on suspicion of murder but he was released under investigation as officers revealed Lilia was not stabbed to death.

Scotland Yard are continuing their investigation and said in a statement her death is being treated as "unexplained". 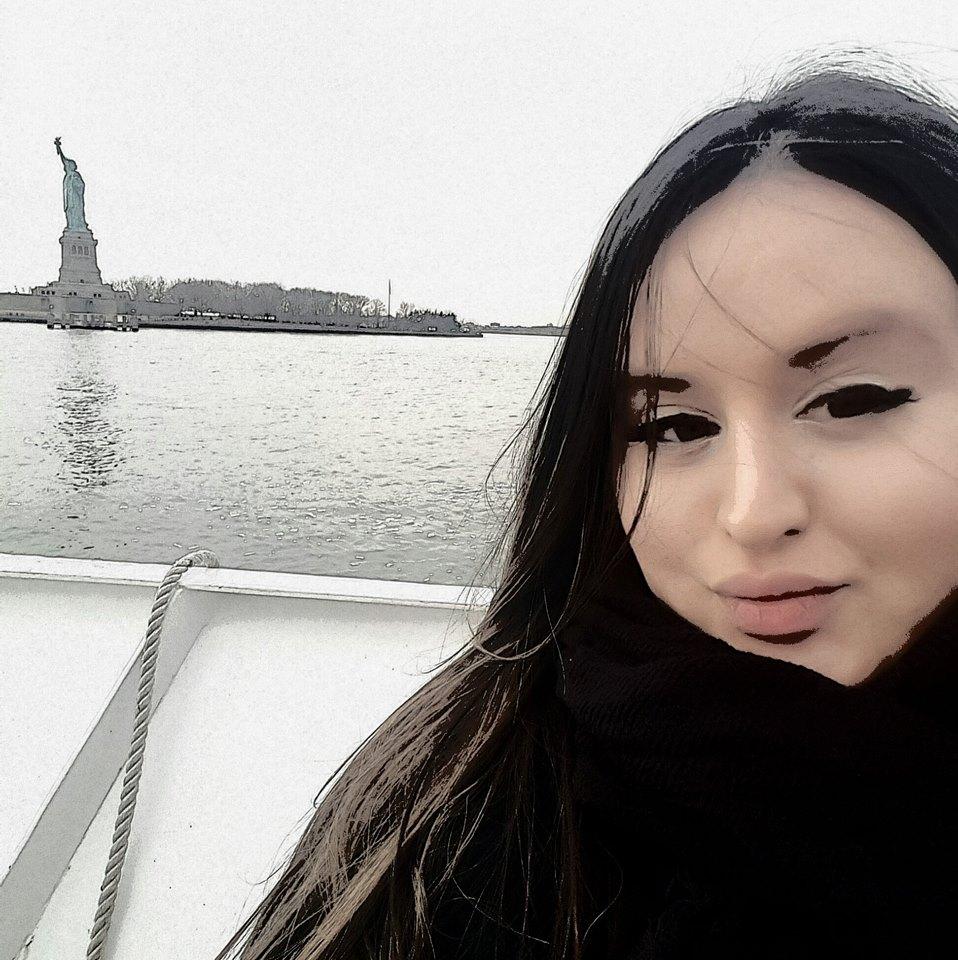 The statement said: "Police were called by the London Ambulance Service at 12:11hrs on Thursday, 19 July to reports of a seriously injured woman in Uxbridge Road, W7.

"There is no evidence that she was stabbed."

"A post-mortem examination carried out at Fulham Mortuary on Friday, 20 July gave the cause of death as death by hanging."

Horrified witnesses said two men carried her out the flat after a woman began screaming at the doorway. 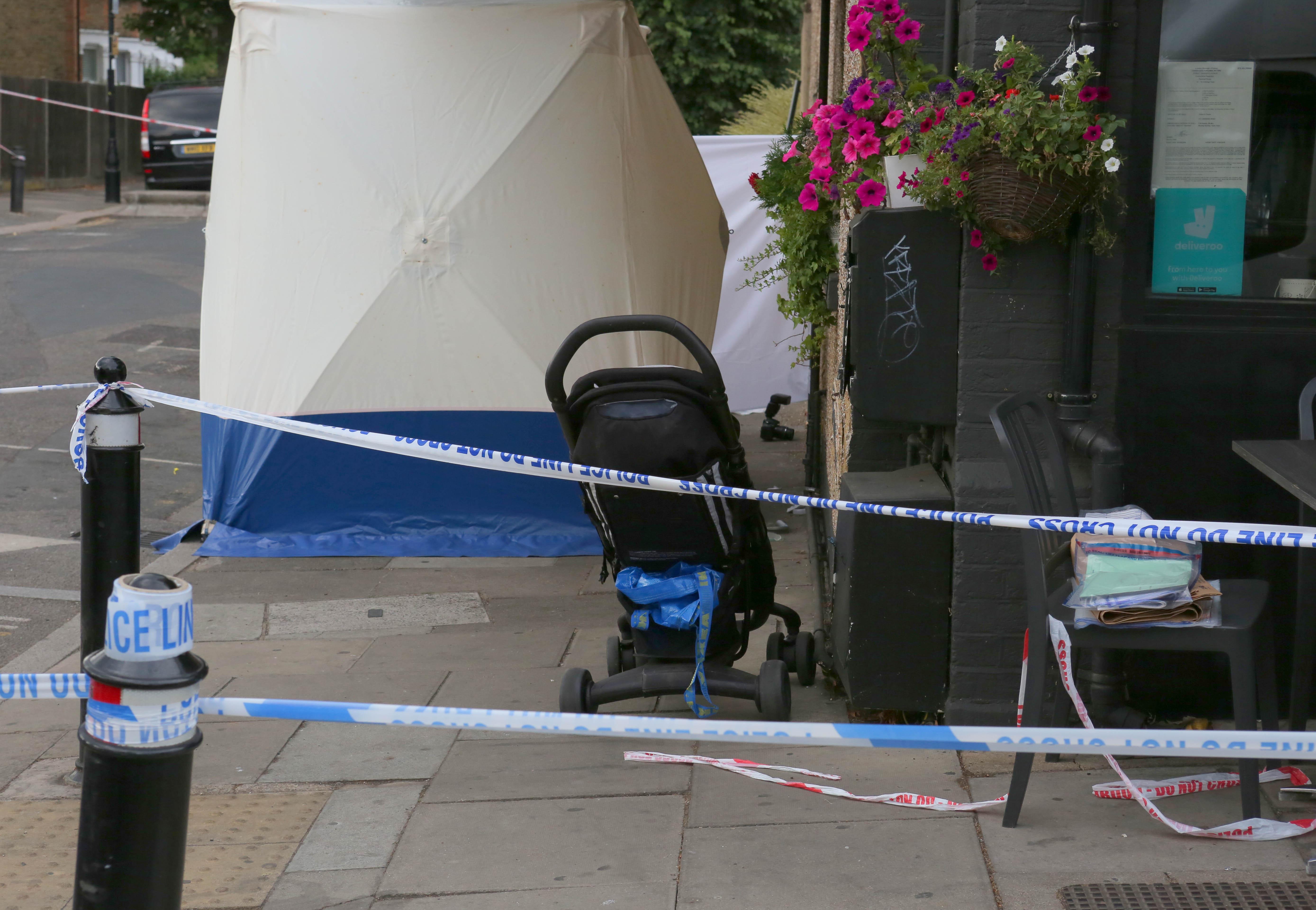 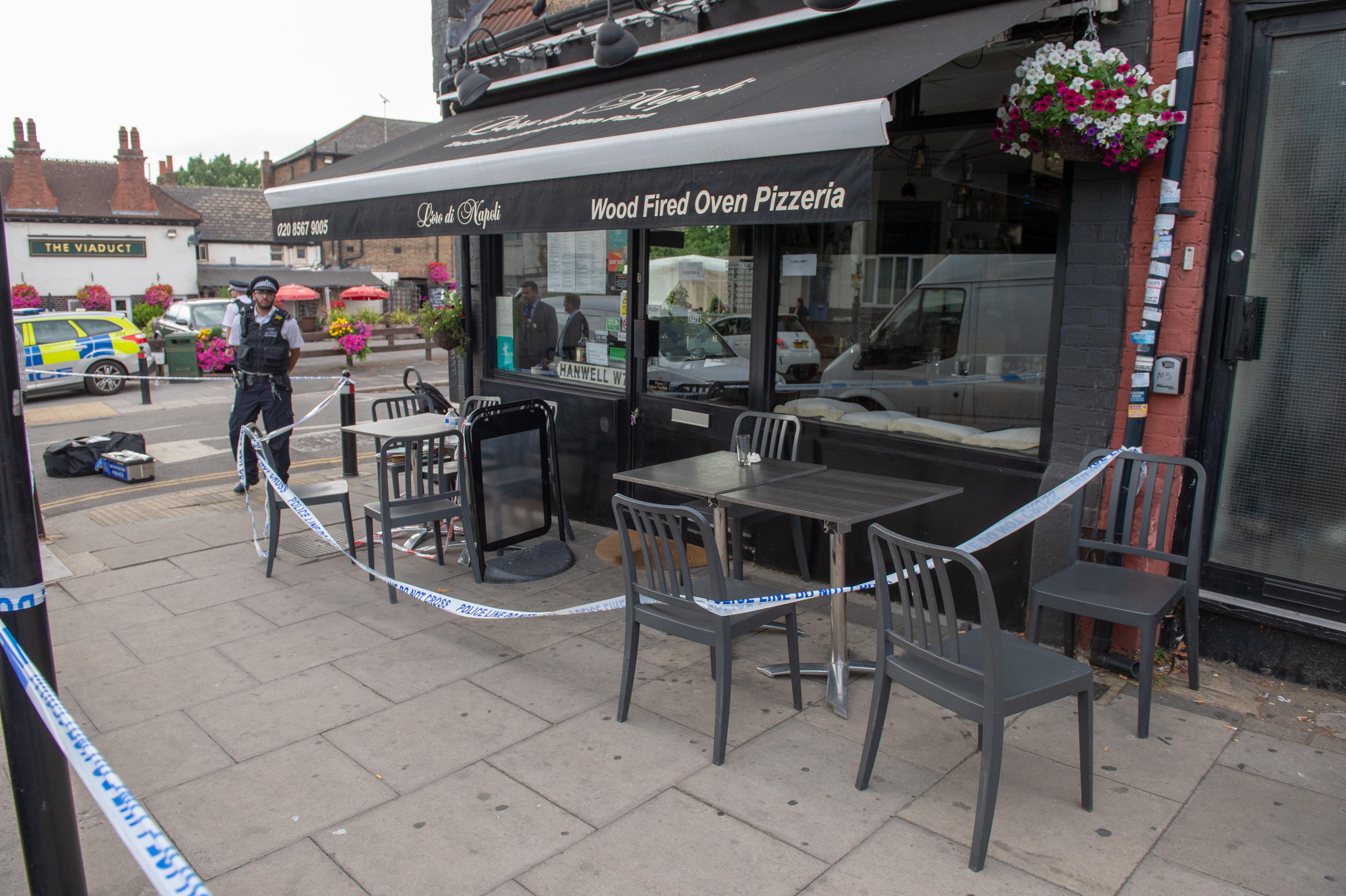 Chilling pictures of the scene showed a buggy within the police cordon, which locals believe belongs to Lilia's young daughter.

A man – understood to be her boyfriend Francisco – was also seen crying close to the L'oro di Napoli pizza restaurant where the mum-of-one was killed.

One neighbour, Quais Athek, said Francisco was so in love with her he had her name tattooed on his arm.

He added: "I've known her since she opened the shop two years ago. Her boyfriend was always there." 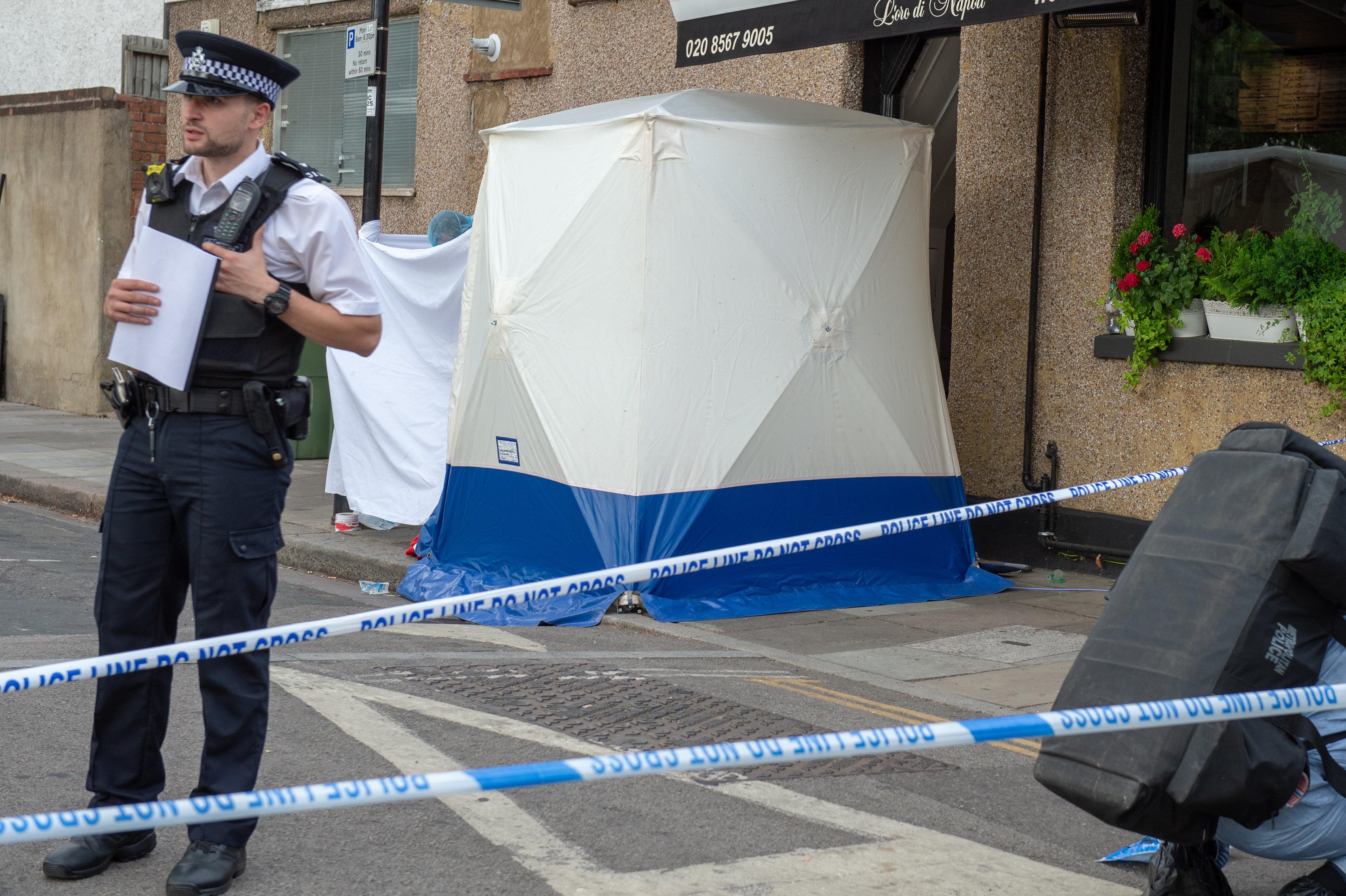 Witness James Cooling said he heard someone screaming at about midday before stricken Lilia was brought downstairs.

The 35-year-old said: "A lady was screaming and going absolutely crazy and I think they had two people who just walked by.

"I think she got the two men off the street, members of the public.

"The men were trying to resuscitate her." 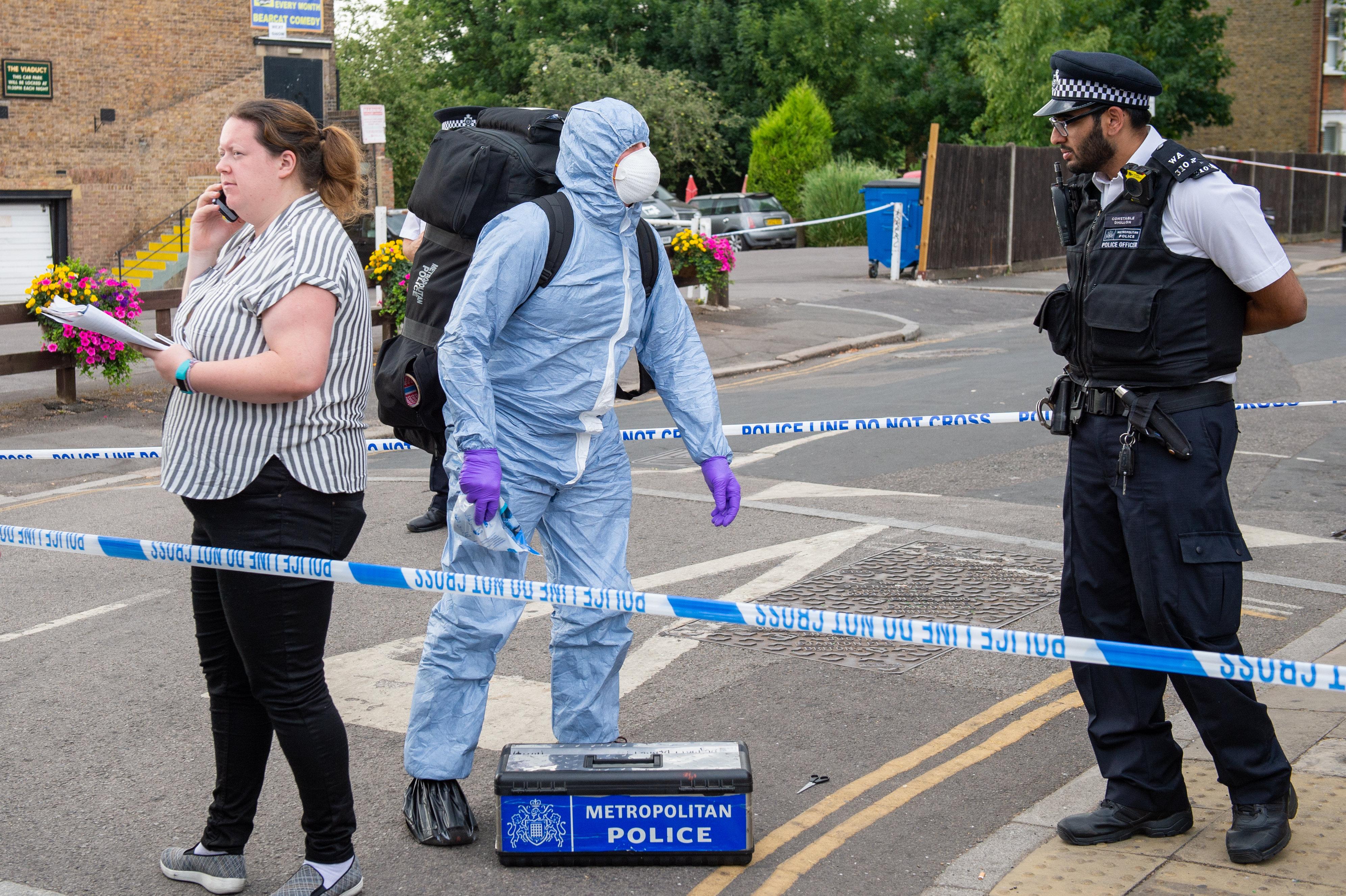 He added to Sun Online: "When they brought her out, she was already lifeless. She was dead before she was taken out the house."

A neighbour, who asked not to be named, said: "They live above the restaurant. It was horrible. I walked past them giving her CPR on my way to the gym.

"They were trying their best, but they couldn't save her."

One resident described her as “a lovely person, a really nice girl.”

Another neighbour, carrying two bouquets of flowers, said: "It's absolutely shocking. It's not on.

"The girl was really lovely, and she has a beautiful little girl."

In February more than 250 knives and swords were seized across London in just one week and 283 people, many of them teenagers, were arrested for carrying them.

Anyone with information on the Hanwell stabbing is requested to call police on 101 quoting reference CAD 3314/19July or Crimestoppers anonymously on 0800 555 111.