A MOTHER has claimed that her home has been flooded with human poo and dead rats 17 times in the past two years.

Mum-of-three Vickie Thomas, 36, says that despite the gruesome flooding issues she still won't be moved from her family home in Pontesbury, Shropshire. 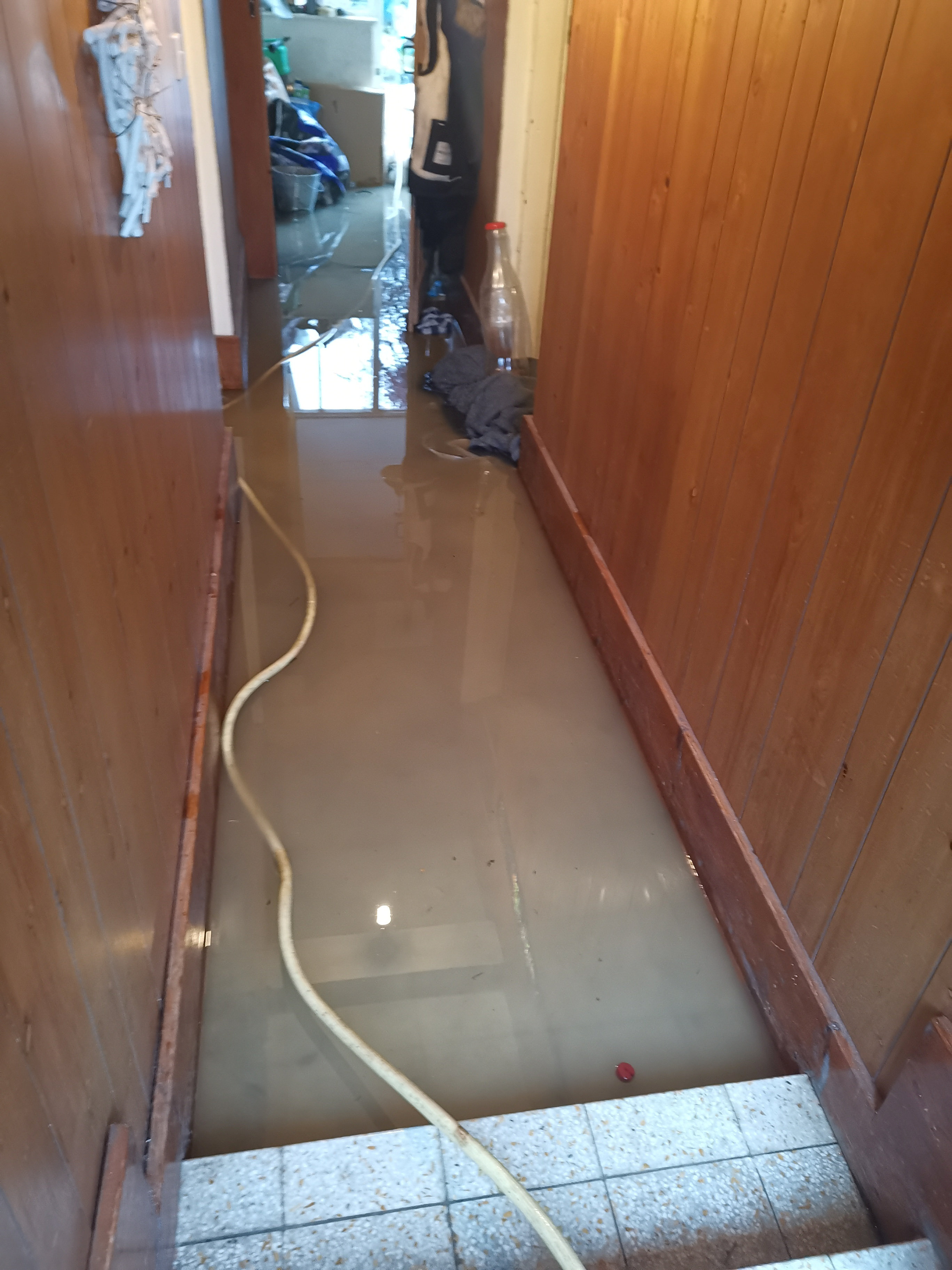 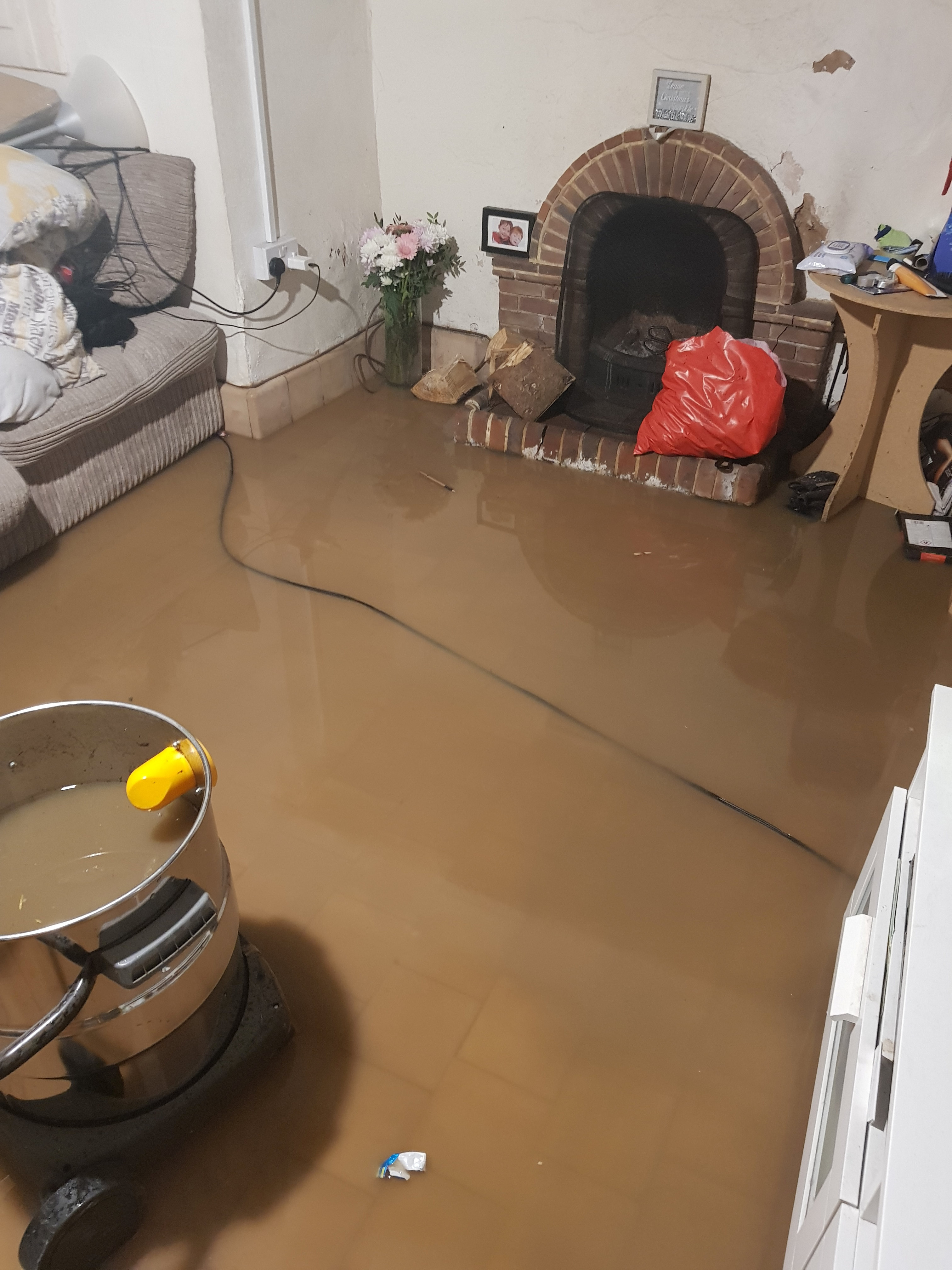 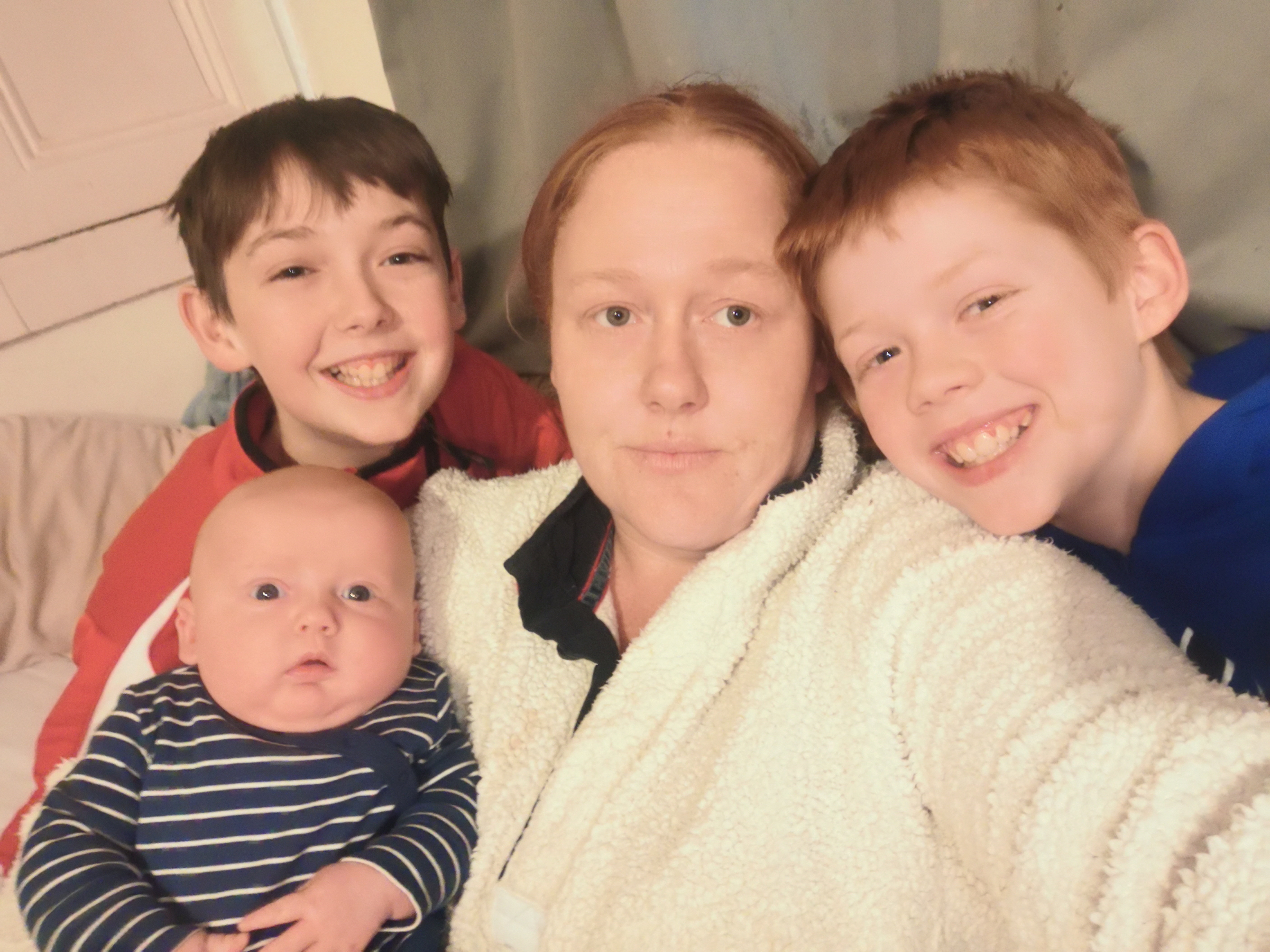 But within weeks her home was filled with raw sewage, food waste, human faeces and dead rats.

"We did have a dead rat brought in last year.

"There hasn't got to be rain, but it doesn't help – we have flooded on a dry summers day."

Since then, sewage has flooded her home 17 times, causing £10,000 worth of damage and even giving her a potentially fatal bacterial blood infection.

Speaking on the damage she said: "I tried to rectify our drains at my own expense which cost just over £3,000.

"Replacing the fridge-freezer, coffee table, TV, sofas and school uniforms and shoes cost in excess of another £7,000."

The first flood happened in September 2018 – and they suffered a flood in eight out of the twelve months of 2019.

Last week, the house flooded for the seventeenth time.

In October 2019 the local village fire brigade came out to help with a flood, but their pumps were not strong enough, so they had to clear the house of 2ft of water with buckets.

Vickie and her children Jaydon, 12, Rilon, ten and 11-week-old toddler Dalton, all had to be evacuated by the fire brigade when the flooding posed a fire risk in February last year.

It was after this flood she said shedeveloped "horrendous" flu-like symptoms and went to the doctor who diagnosed her with leptospirosis.

She said: "The skin across my forehead was going tight and cracking, so I went to doctors thinking it was flu, but she said it reminded her of an illness of someone who'd worked with sewage and had contact with rats, but that I wouldn't have contact with that.

"I said, funnily enough, four days ago the house had flooded, and it turned out it was the repercussions of that- I had leptospirosis, an infection in my blood."

Vickie was given a strong course of antibiotics and some products to bathe her skin with, but her house flooded again as she was recovering.

She said: "I had to keep my skin moisturised and hydrated, but while I was ill with it the pipe work became full to capacity again and the valve on the main road had locked itself shut.

"So we flooded once again and I had sickness to do with the disease but couldn't flush toilets, so it had nowhere to go.

"The doctors were telling me to wash my skin with special stuff, but I couldn't have a bath because I couldn't drain it."

To make matters worse, she used to be able to seek refuge at her mum's, but she tragically passed away earlier this year due to Covid-19. 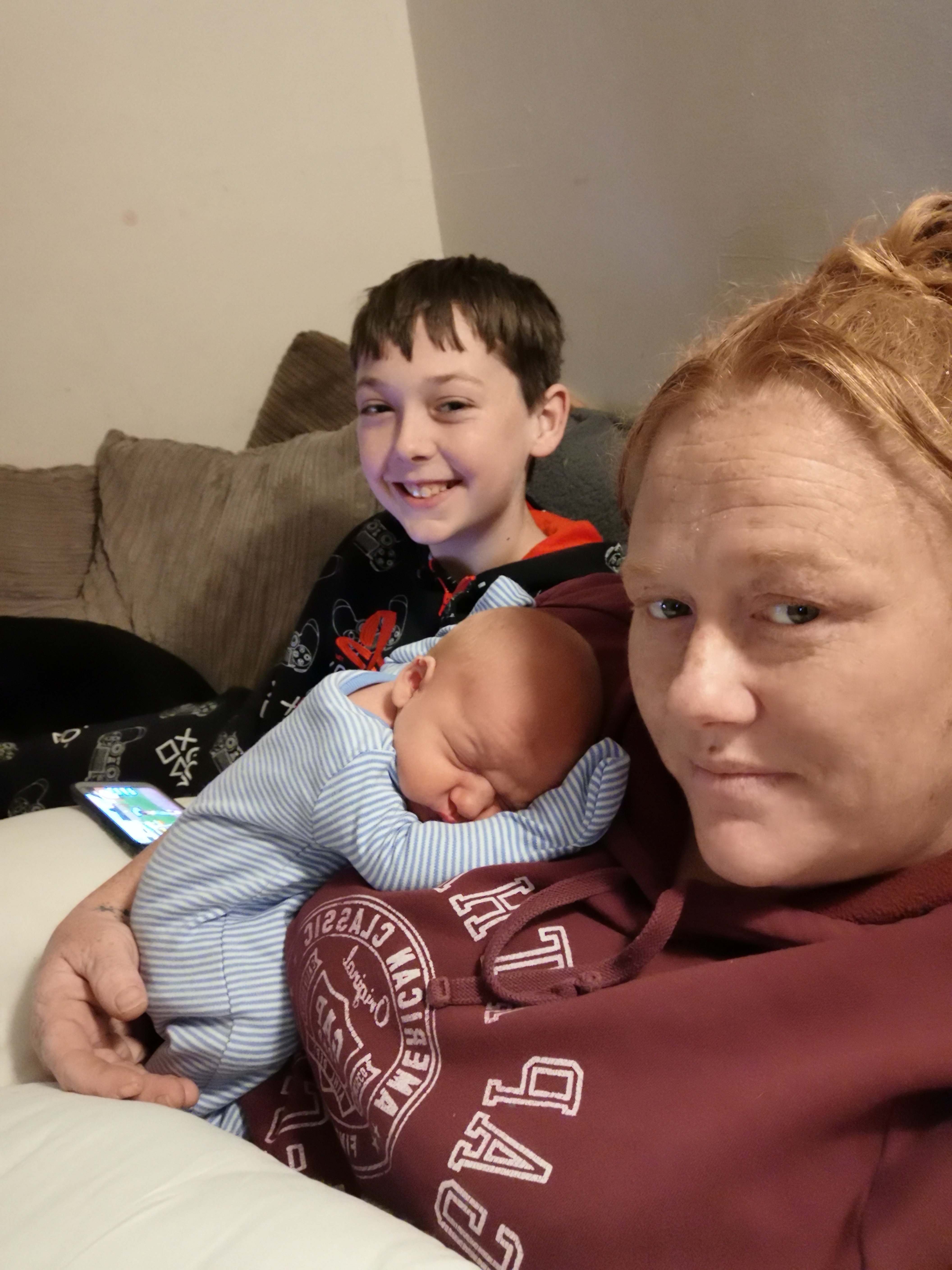 She added: "We used to go to my mum's house when a flood happened at whatever time, which was just two minutes away, but I lost my mum to COVID in April so we no longer have that safe house."

The flooding happens when the street's sewage pipes get full, so instead of her waste draining away, it bursts through the lowest point in the pipes – into Vickie's kitchen and lounge.

"Once it's full and the valve is shut everything is backed up until the sewage gets to the gullies under the kitchen window and under a tile in the lounge, and then comes through there.

"Once everything is backed up and it's flooded outside it starts to comes in through the door.

"After the first flood we got rid of all the carpets because there was no point- it's purely tile now.

"I've spent a lot of money on huge 6ft by 6ft rugs but on the occasions it has caught us off guard it destroyed them."

Vickie says water company Severn Trent are aware of the situation, and have said they don't have the budget to make the necessary repairs, even though allegedly promising to do earlier this month.

She also claims that the company can take up to 36 hours to arrive after she calls, but they did fit a non-return valve to the front of her house which didn't stop the sewage flowing.

She said: ""I will phone Severn Trent when the flooding starts but sometimes it's 36 hours until someone shows up.

"They did fit a non-return valve on the front of house but there is no holding capacity."

Meanwhile, Vickie can't sell her house because of the problem, and claimsshe can't get insurance because her premium is too high.

The frustrated care worker wants to move out, but believes that the house could never be sold after a surveyor checks it out.

She said: "I've even offered for Severn Trent to buy the house off me, to stop the headache that I'm potentially giving them, but they refused.

"Because the person who lived there before constantly claimed the damage on contents insurance, I just can't get any- the only company that's offered it to me wanted nearly £8,500 a year!"

An alternative solution would be to reduce the amount of homes feeding into the pipes which Vickie's house uses, to reduce the pressure on it.

Vickie added: "Severn Trent have advised us to ask neighbours to stop using the toilet or draining any water when things get full or it starts to rain."

"Once the drains are full to capacity we can't use anything in the house, and obviously with two children and an 11-week-old baby that is not possible."

A Severn Trent spokesperson said they had reports of six flooding incidents and had not advised customers not to use facilities.

They added: "We completely understand how devastating experiencing any type of flooding can be, and we're extremely sorry for the issues and any distress caused.

"We want to assure Ms Thomas that we're continuing to carefully review all options to find an effective, long term solution to the problem.

"We've already carried out extensive work at her home, including installing a number of non-return valves, flood doors and new chambers to help protect her and her neighbours, and we'll be looking to carry out more work where possible to further reduce the risk of flooding.

"We'll continue to work closely with Ms Thomas, and will keep her fully updated as we work towards a solution to this complex issue." 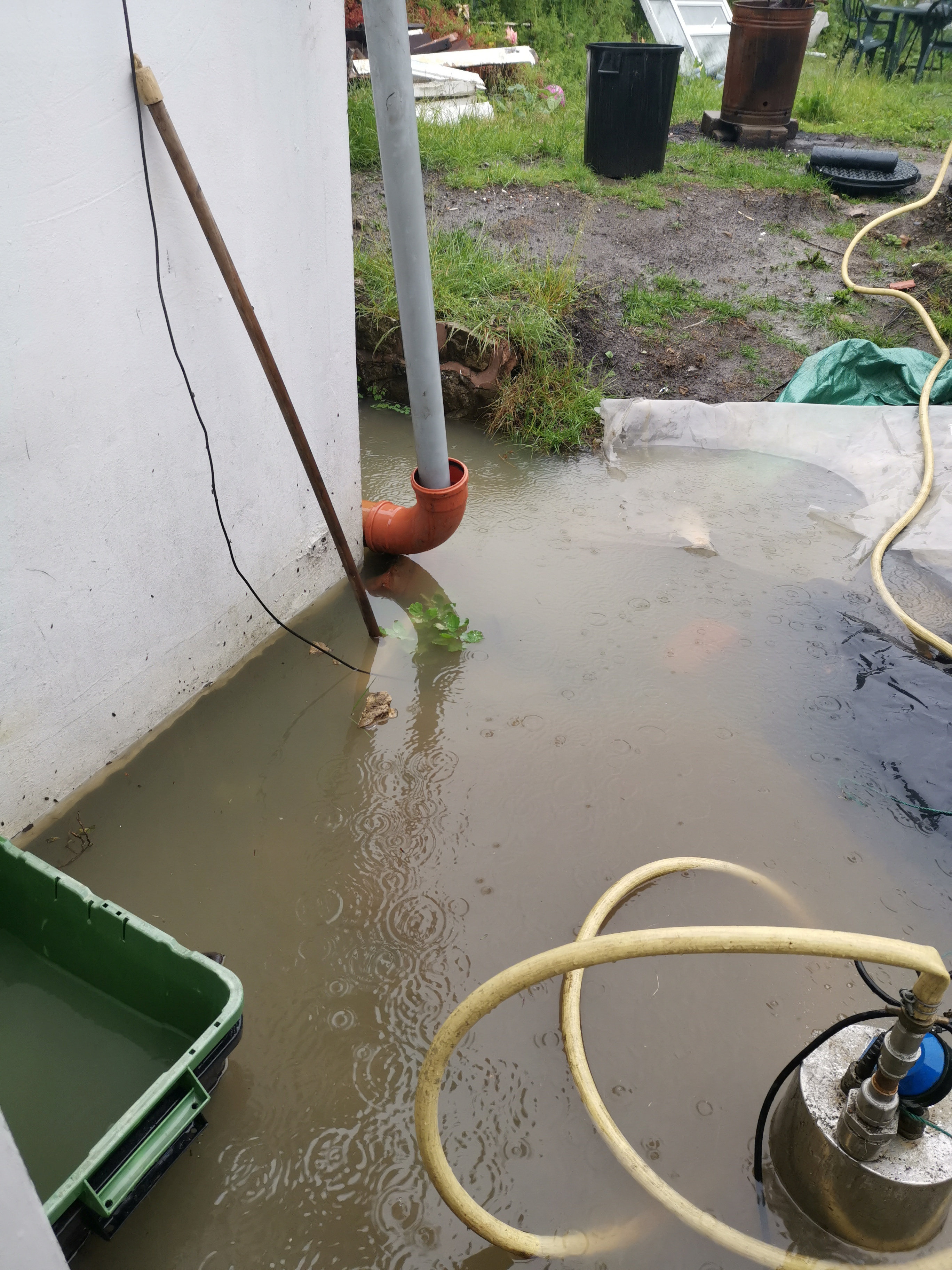 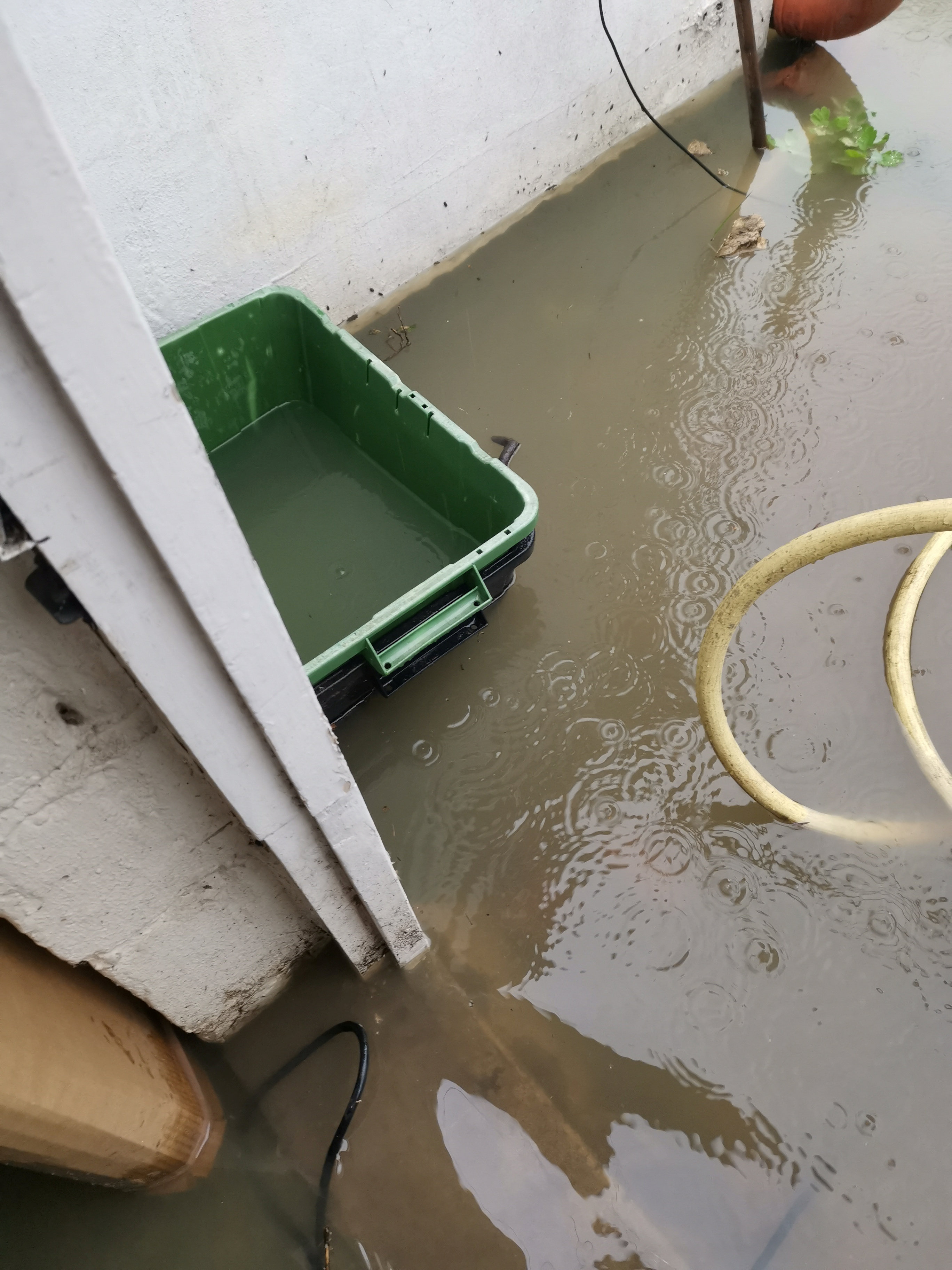