A MUM whose finger was blown off by a firework says she's still 'haunted' by the sound of loud bangs – as she warns Brits to take care ahead of Bonfire Night.

Sophie Collins, now 22, suffered a mutilated hand when she lit a banger indoors as a teenager. 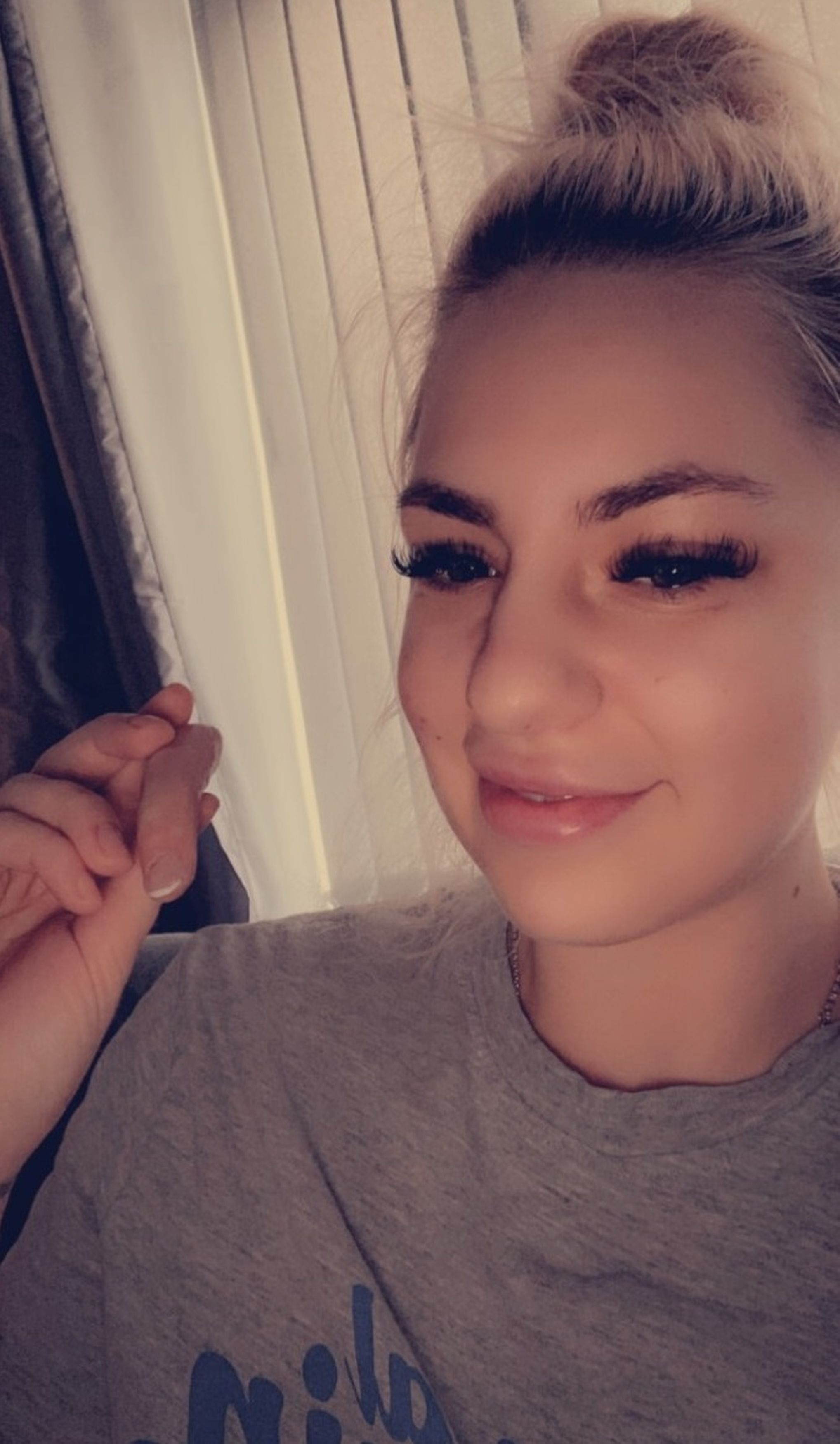 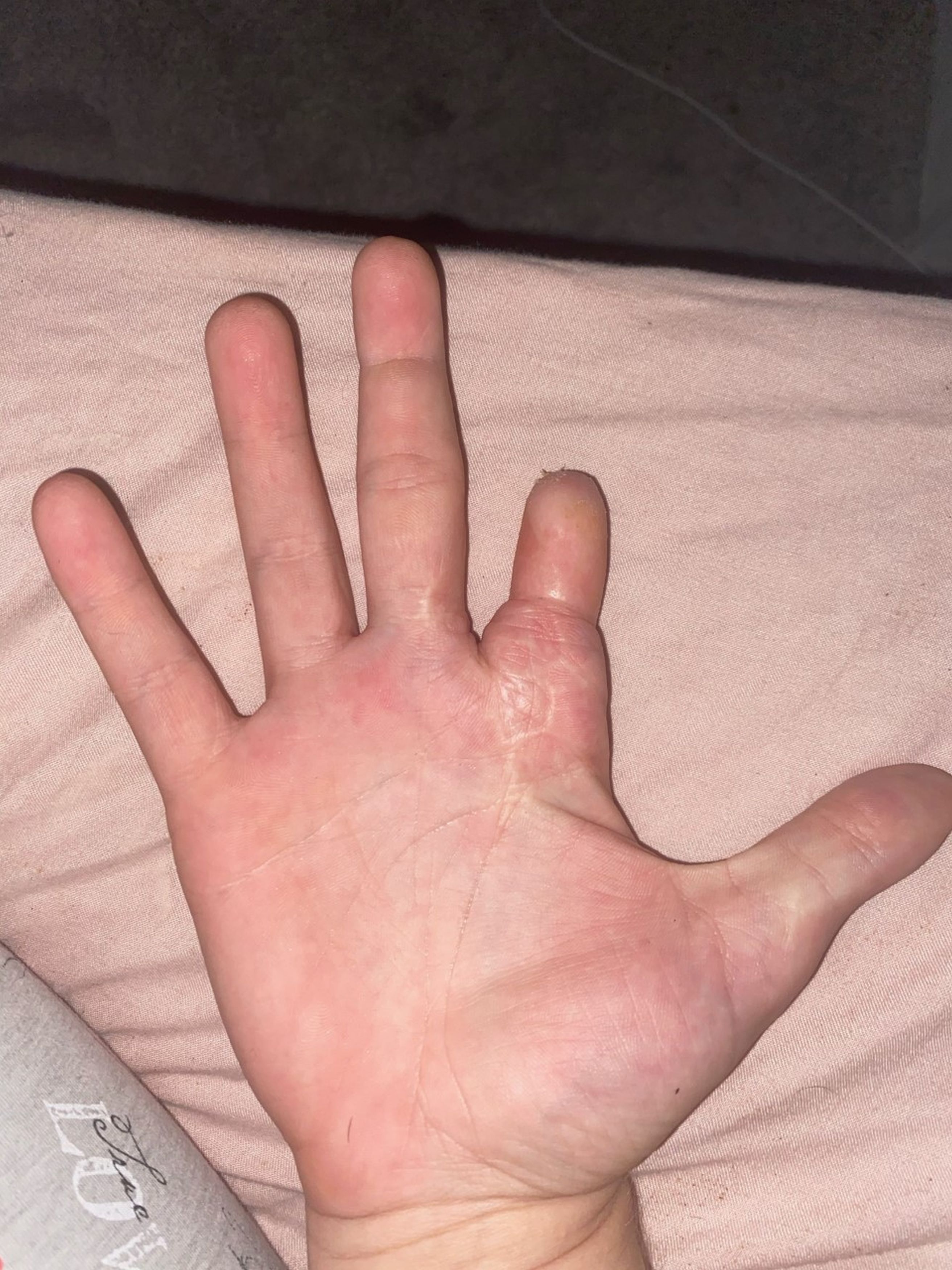 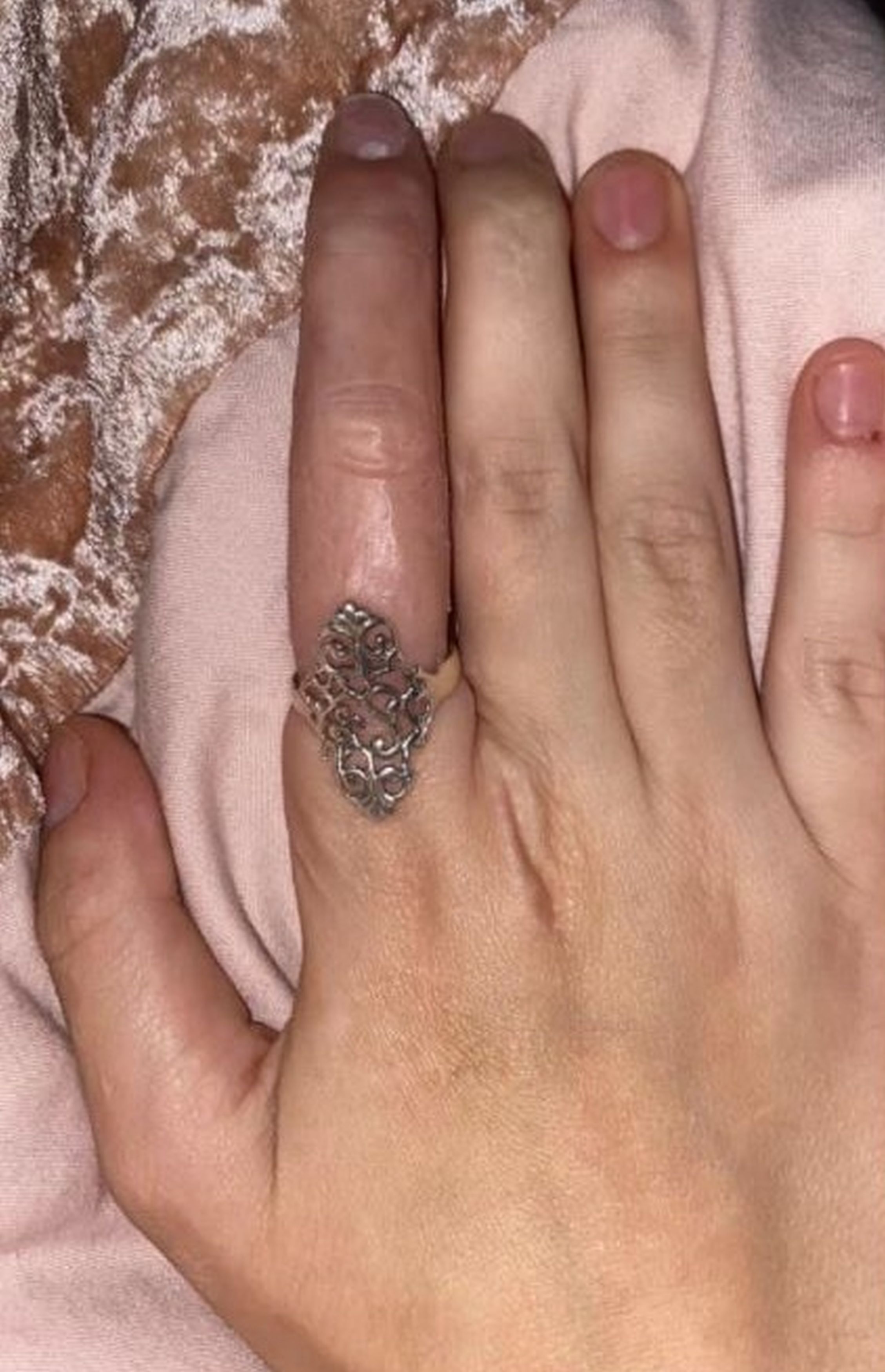 She believed she could extinguish it in time – but the pyrotechnic blew most of the index finger of her right hand "clean off".

The wound was so deep Sophie, then 14, could see tendons and bones.

Although surgeons operated on her hand, they were unable to reattach her finger because it had been so badly damaged.

Eight years on from her ordeal, left-handed Sophie is still unable to grip with her hand properly – and says she still suffers anxiety when she hears loud noises.

But the prankster, a full-time mum, says she now finds it funny to "freak people out" by inviting unsuspecting friends to pull her prosthetic finger – which then pops off.

Sophie, from Skelmersdale, West Lancashire, said: "I was being a bit cocky thinking I could light it and put it out before it exploded.

"I was just chilling on the couch and flicked the lighter near the charge and it started fizzing so I licked my fingers and touched it to try and put it back out again.

"It obviously didn't, so I took it with my right hand and tried to stub it out on the floor and that's when it went 'bang'.

"Within three or four seconds of me lighting it, it went off and blew my finger clean off.

"I grabbed my hand and I remember seeing the palm of my hand open – you could see bone and blood.

"My mum and sister, who were both in bed at the time, heard the bang and jumped up while I lay screaming on the floor. 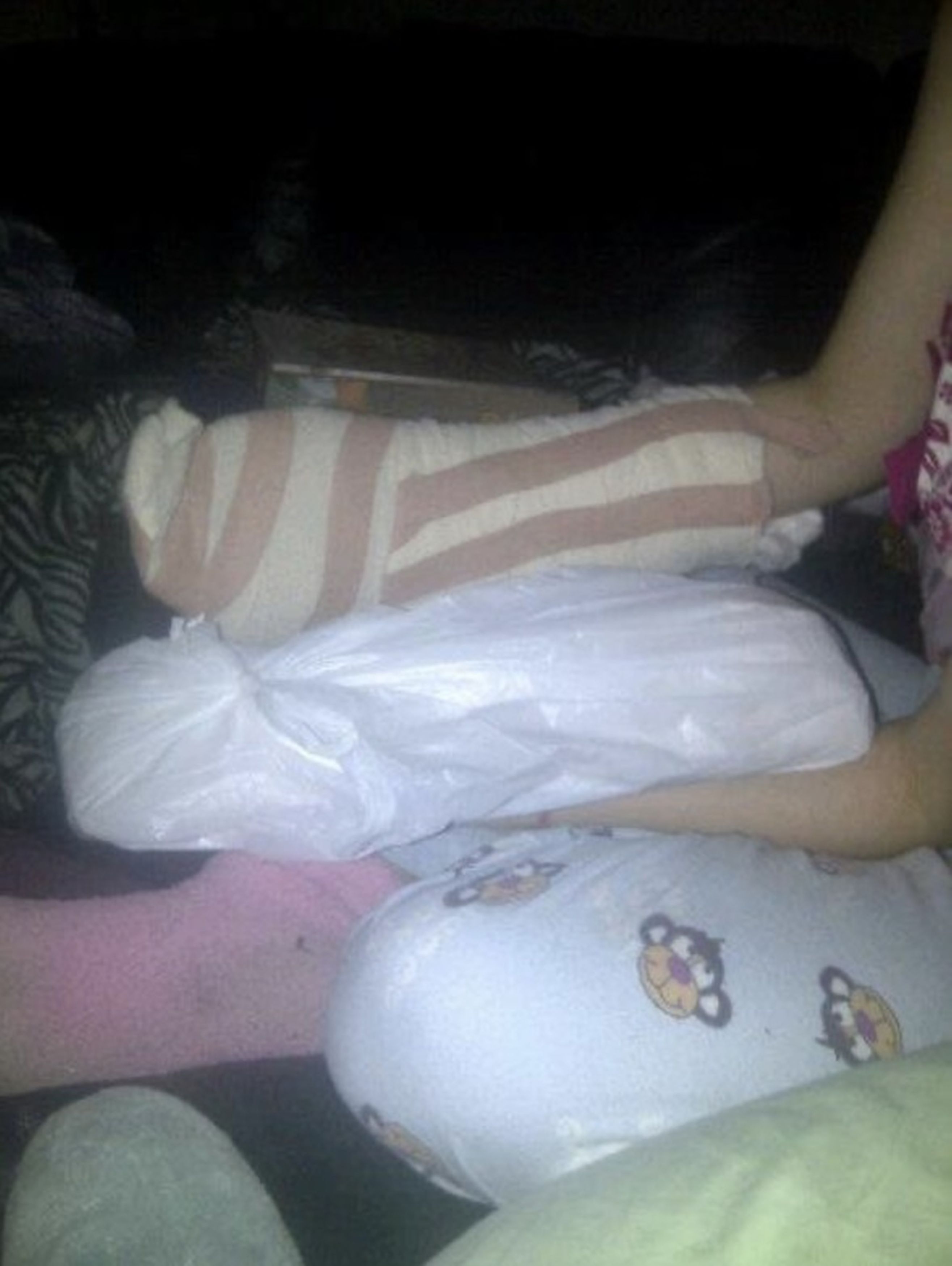 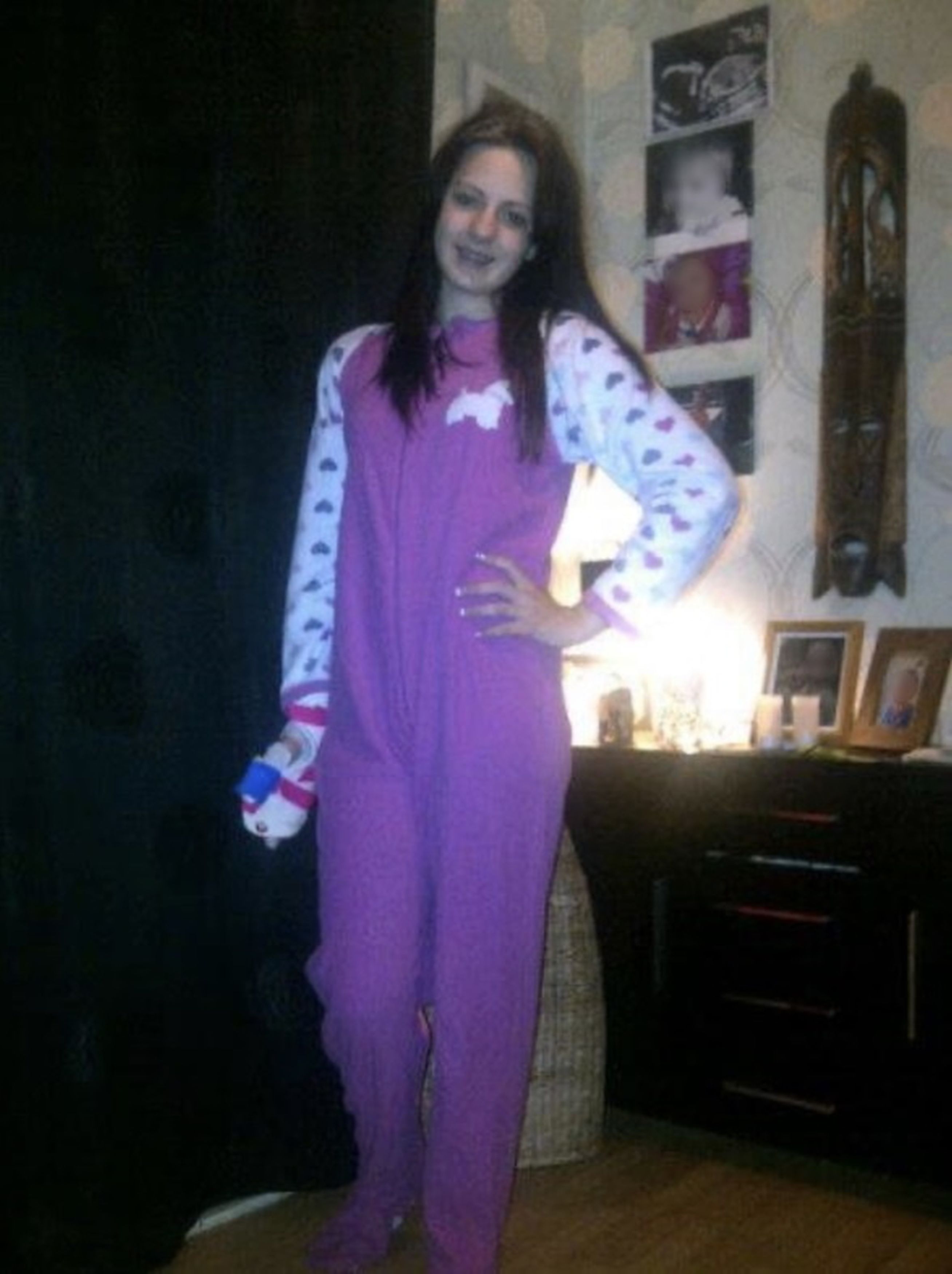 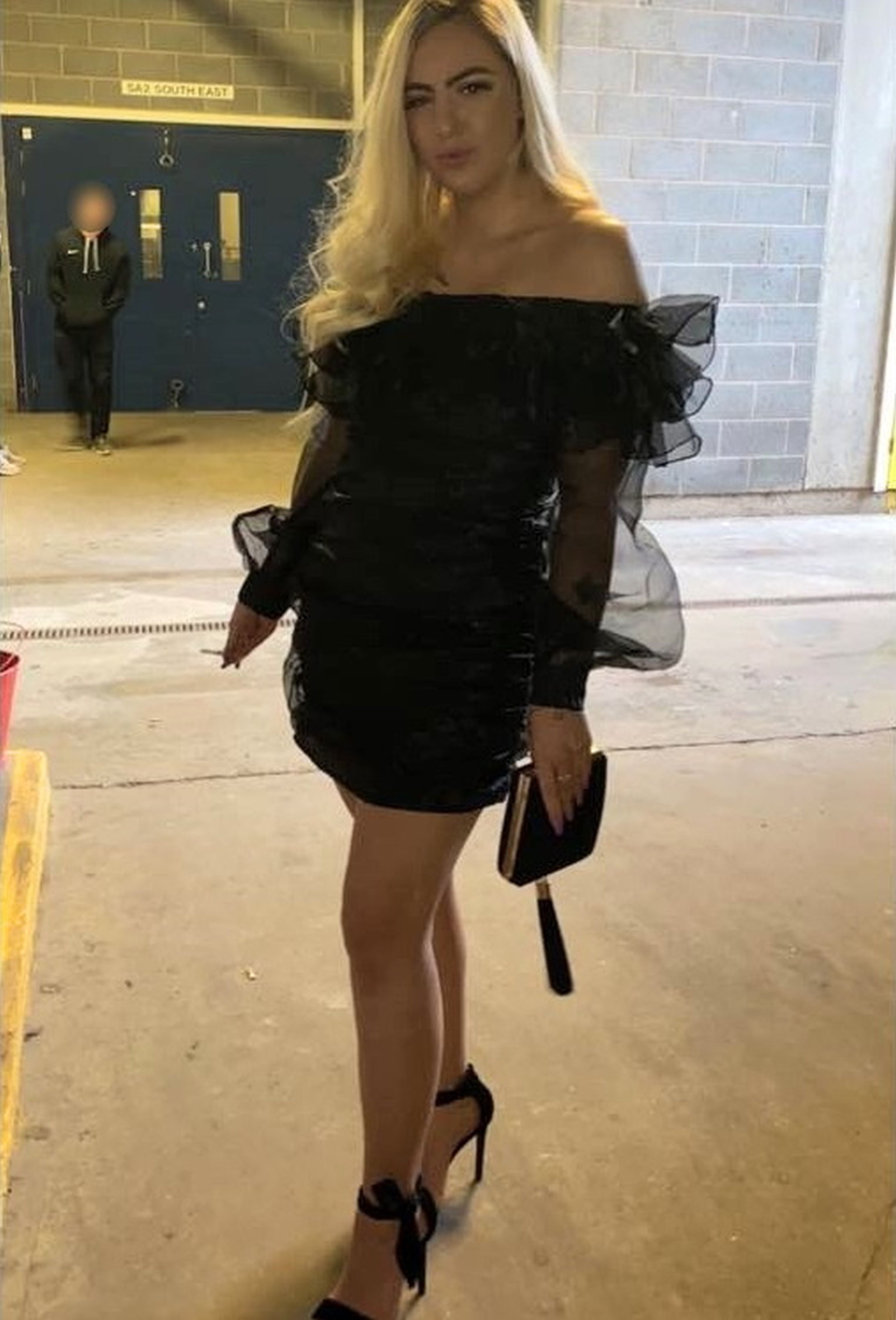 "My sister Natasha Collins found my finger on the floor but didn't tell me because she didn't want to upset me any more than I already was."

Mum Michaela Wilding, 49, wrapped Sophie's hand in a towel and rang for an ambulance.

The teen was then rushed by ambulance to Ormskirk Hospital in Ormskirk, West Lancashire, before being transferred to Alder Hey Children's Hospital in Liverpool, Merseyside.

There, she underwent gruelling eight-hour surgery to her hand.

But when she woke, she was told the devastating news that she had lost most of her index finger.

Sophie was also left with a 'swan neck deformity' in another finger, a bending of the joints caused by the blast, and is unable to move it due to tendon and nerve damage.

She said: "Going through that was very traumatic.

"The doctor came in the next morning after the eight-hour operation and told me it was gone, it [the blast] just blew my finger to bits.

"I don't know what I was feeling at the beginning. I just remember thinking, 'What have I done?'

"I just cried for hours when they told me I didn't have that finger anymore." 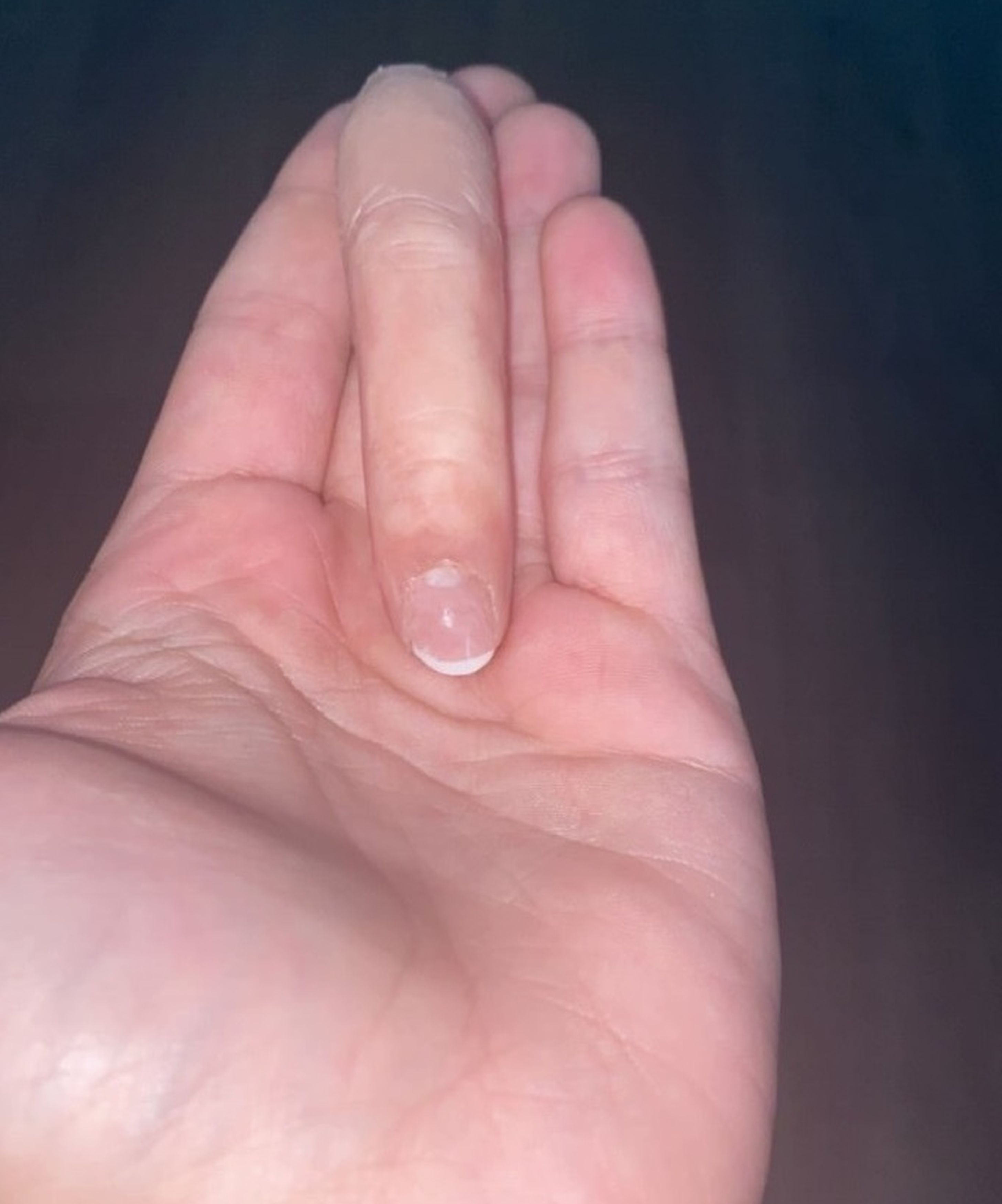 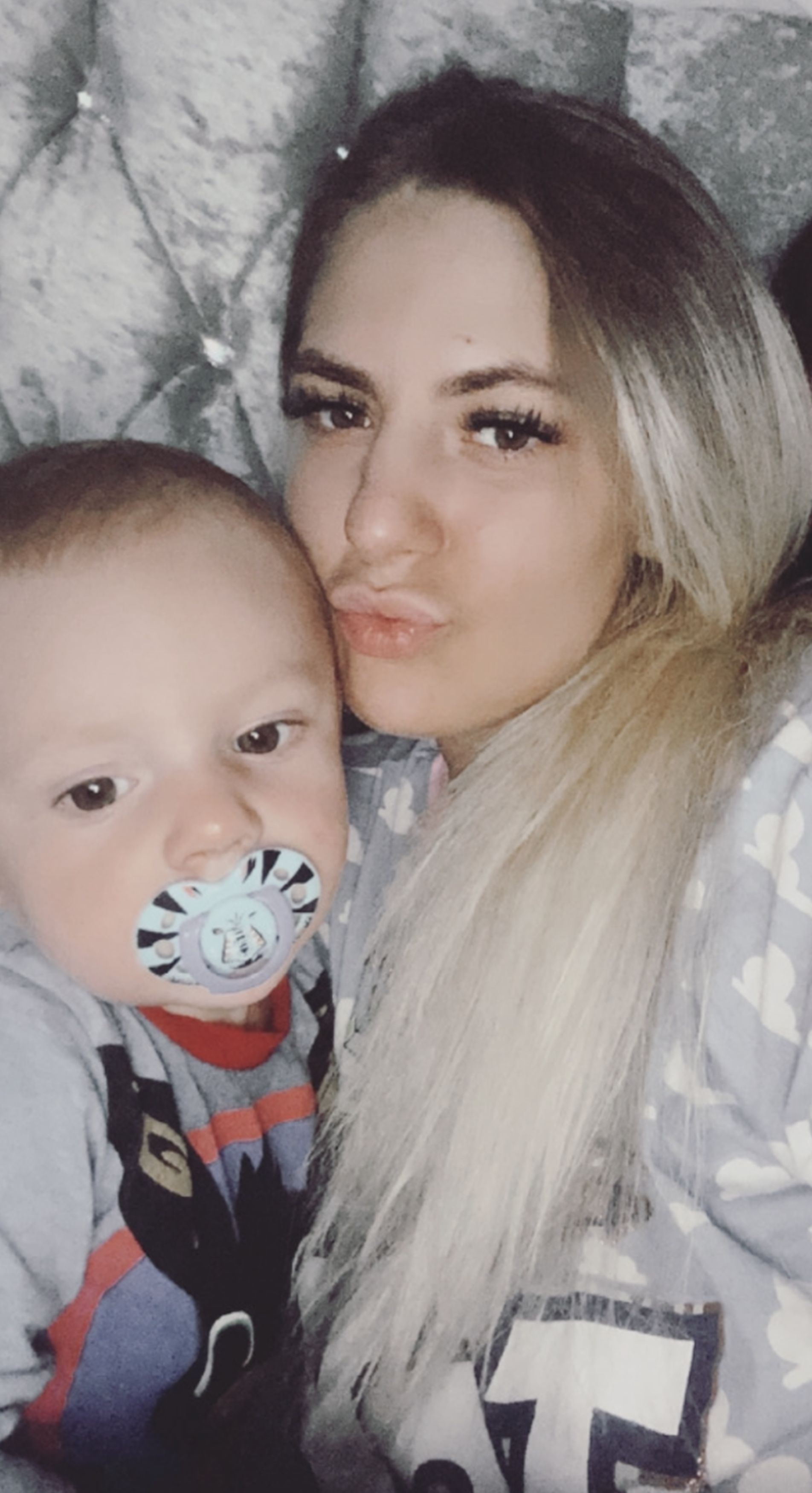 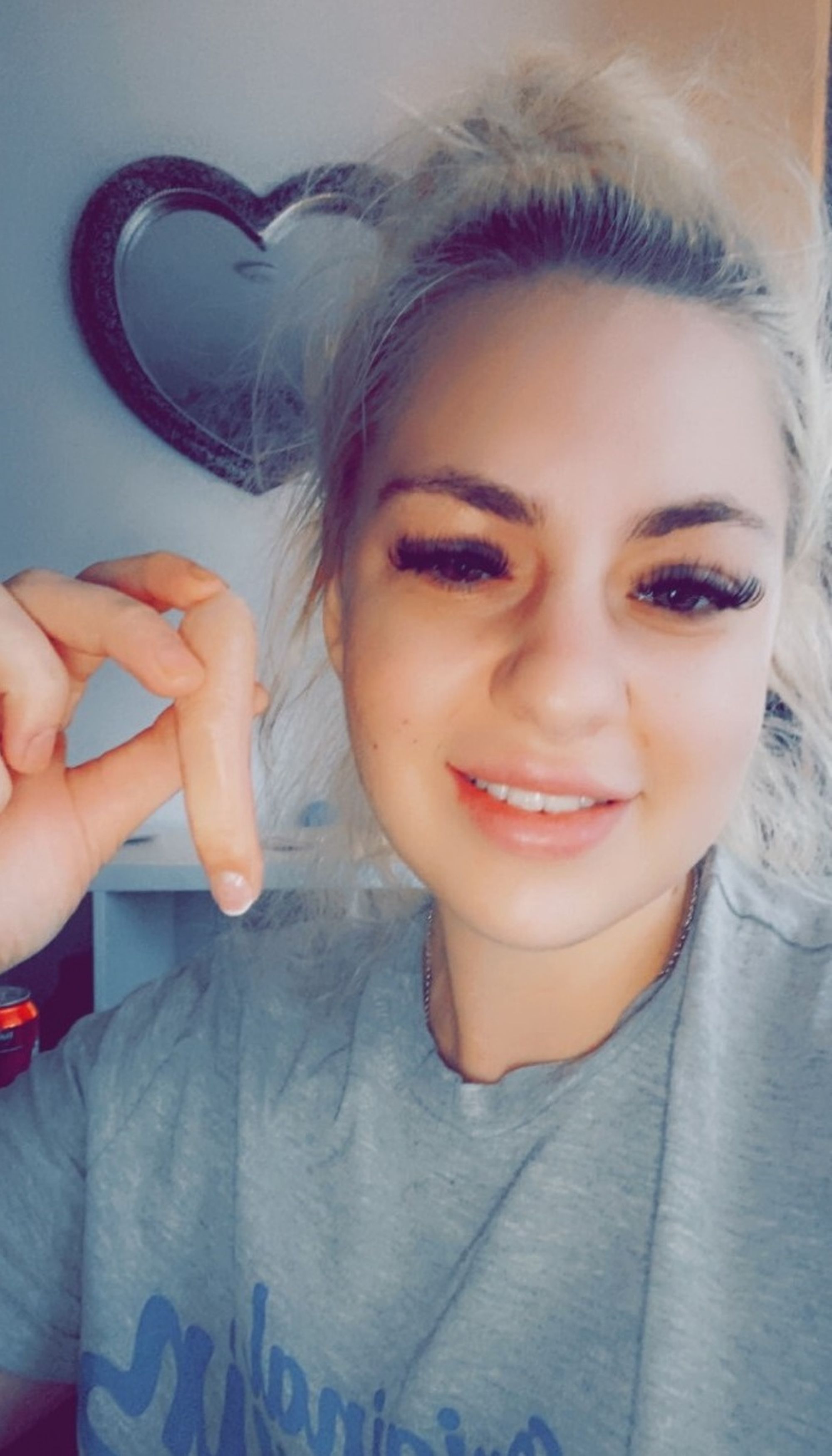 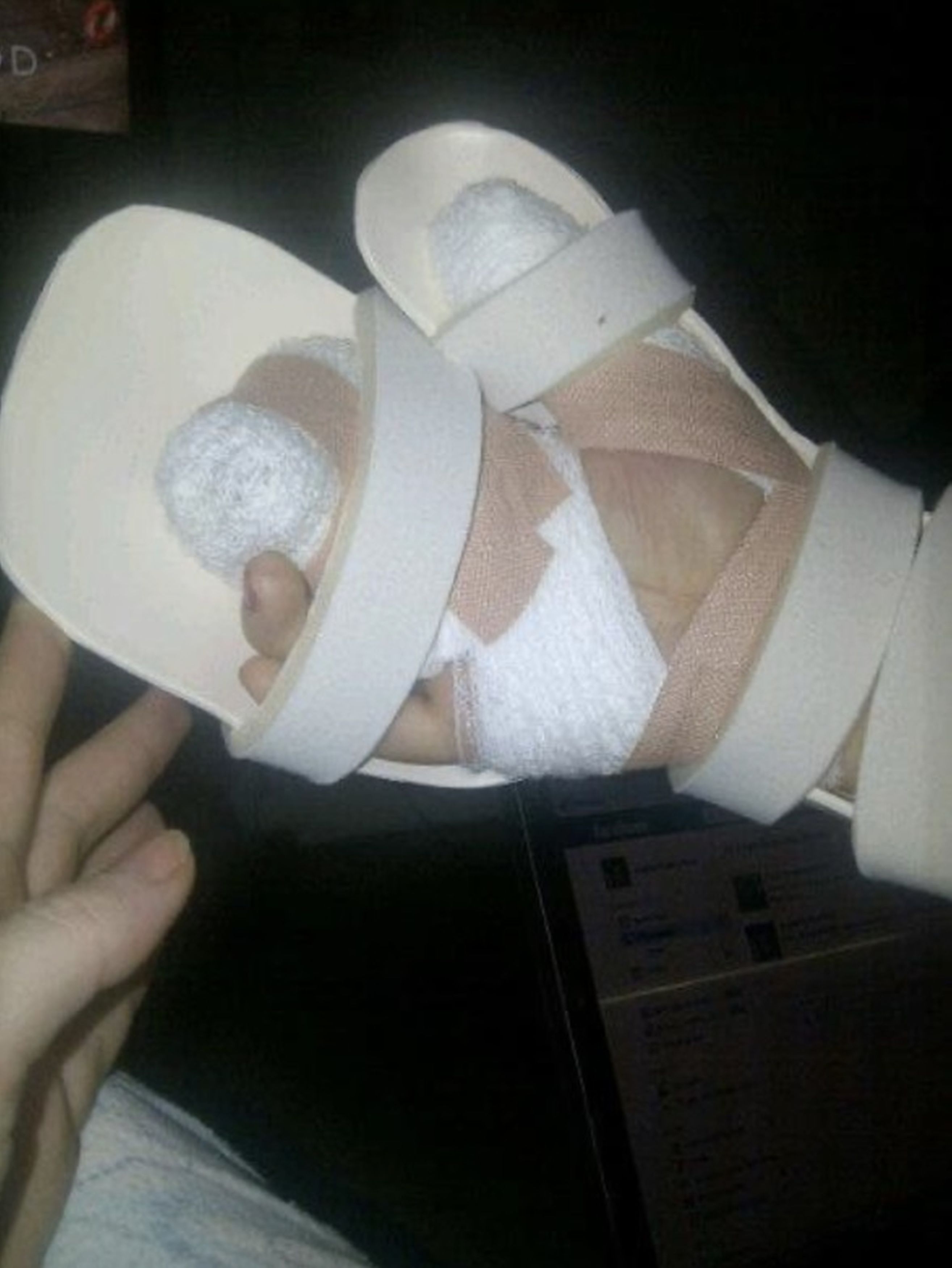 Sophie, who has a one-year-old, said her index finger and thumb were "completely ripped open", while the bones inside two other fingers were "shattered".

"I had skin grafts on the front and back of my palm and I've got a screw in my index finger because it's completely bent," she said.

"My nerves have gone and my tendons were ripped to bits so I can't move that at all now."

She initially felt too self-conscious to wear her prosthetic, fitted around a year after the accident – but now says she enjoys using it as a prank.

"I use it as a party trick now and say 'pull my finger' – I freak some people out with it," she said.

"The accident still haunts me now," she said.

"I can't be around fireworks and loud noises.

"If something falls it scares me, which isn't very nice.

"I've got really bad anxiety from then and I don't really like going out, especially at this time of year when fireworks are always going off.

"I'm sharing my story now to make people going through the same sort of thing feel a little bit better.

"You never think it would be you but it can happen to anyone, just one wrong move if you're too close can seriously hurt you.

"I would say to people thinking of setting off fireworks in their gardens to make sure you've got a big open space, maybe some protective gloves, and keep kids indoors so people don't get hurt."