Murder case against Lesotho's leader is passed to high court

Lesotho’s high court will rule on whether Prime Minister Thomas Thabane can claim immunity from a charge that he murdered his wife prior to marrying his present spouse.

A lower court agreed to pass the decision to the high court on Monday, delaying the case that has gripped the tiny southern African kingdom.

Thabane, 80, appeared in court in the capital Maseru in a pre-trail hearing on Monday alongside his present wife Maesaiah. 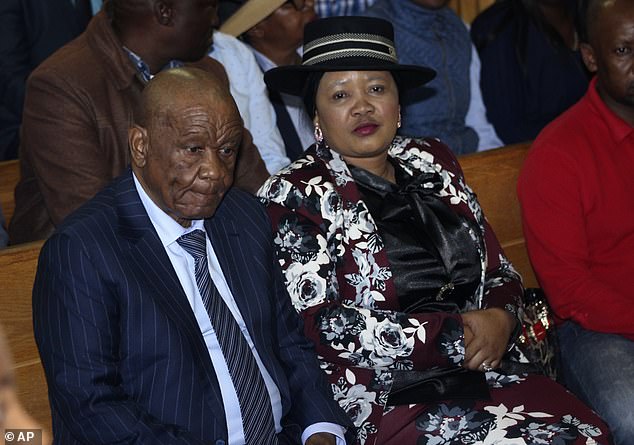 Lesotho’s Prime Minister, Thomas Thabane, left, and his wife Maesaiah, right are seated in court, in Maseru on Monday

He is suspected of involvement in the murder of his then wife Lipolelo, who was shot dead in June 2017 two days before he took office for a second stint as premier and two months before he married Maesaiah.

He and Lipolelo were going through divorce proceedings at the time.

Maesaiah Thabane, 42, has been charged with the murder, and police suspect her of ordering assassins to do the job.

Both deny any involvement. 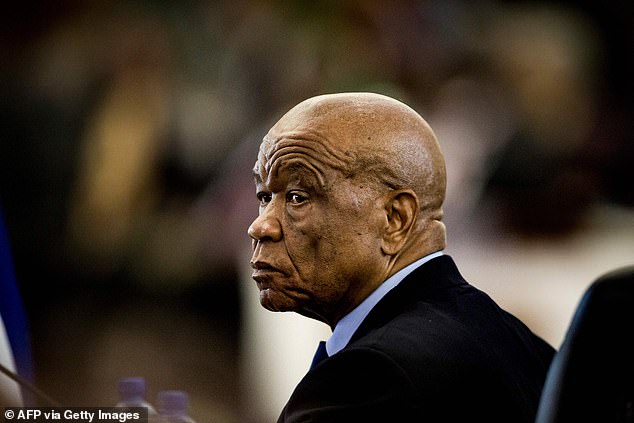 Prime Minister of Lesotho, Thomas Thabane (pictured in 2017) has requested immunity from a charge that he murdered his wife prior to marrying his present spouse 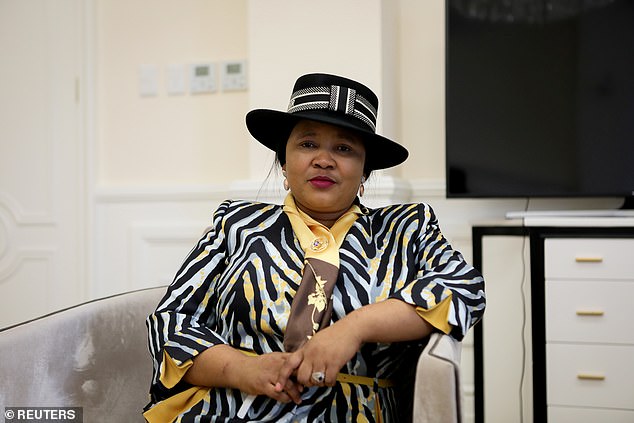 Maesaiah Thabane, wife of Lesotho’s Prime Minister Thomas Thabane, is pictured at the State House in Maseru, Lesotho on February 18

Crowds of supporters packed the magistrates’ court and gathered outside for Monday’s hearing. Thabane, wearing a blue striped suit and a powder blue shirt, looked tense. Maesaiah Thabane sat beside him in a floral dress and bucket hat.

No charges were read out and his lawyer said the case should be referred to the high court to answer a question of possible immunity, which magistrate Phethise Motanyane granted. 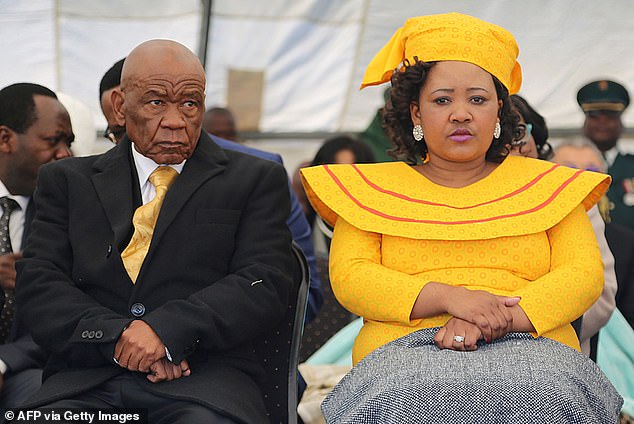 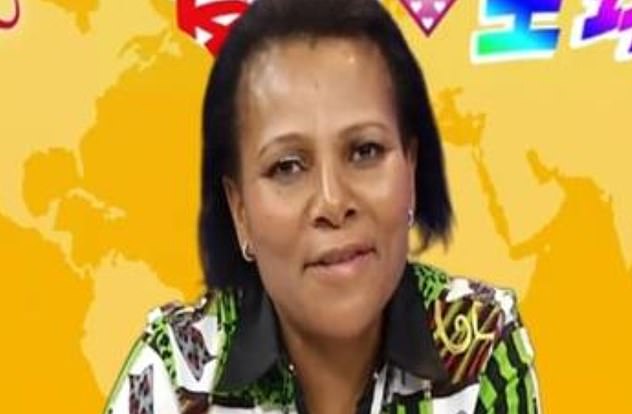 Lipolelo Thabane (pictured in an undated photo), whose death sent shockwaves through the country, was assassinated outside her home in Maseru in June 2017

If Thabane is allowed to plead immunity it would likely raise doubts over how willing he is to step down, further fanning the political crisis in the mountain territory of 2 million people.

Thabane has said he will resign at the end of July. The ruling All Basotho Convention (ABC) party, however, wants him to step aside immediately, with chairman Samuel Rapapa ready to take over, the party spokesman told Reuters on Monday.

ABC spokesman Montoeli Masoetsa said by telephone that the party’s National Executive Council had agreed on Rapapa in discussions on Monday and delivered his name to parliament.

Thabane’s private secretary did not immediately respond to a request for comment.

In theory, since the ABC’s governing coalition in parliament has a majority, and its allies also want Thabane out, it does not need to put the nomination to a vote. But it is unclear what would happen if he refuses to go.

Lesotho, which is encircled by South Africa, has a history of coups and political instability that has often led its bigger neighbour to intervene and restore order.

Police had initially intended to charge Thabane on Friday, but he left the country for a medical appointment.