Randy Sutton and Joe Imperatrice discuss the failure of city politicians to acknowledge how their policies created a crime crisis on ‘Fox News @ Night.’

There were 218 more murders in the 22 cities in 2021 — a 44% increase compared to 2019, representing nearly 1,300 additional lives lost since three years ago, according to updated findings from the Council on Criminal Justice (CCJ), a nonpartisan criminal justice policy organization.

CCJ’s study points to a continuing upward trend in violent crime that began at the start of the COVID-19 pandemic, though the organization noted that homicide increases have slowed since then.

The cities were selected because their police departments provided “weekly updates for the period between January 2018 and December 2021,” according to CCJ.

“While it is encouraging to see a slowdown in the recent homicide increase, the bloodshed continues, and at least 10 U.S. cities lost historic numbers of residents to murder last year,” CCJ senior fellow Thomas Abt said in a statement Wednesday. “This is not acceptable. We know there are multiple strategies with a track record of success in reducing violence. We need to break through our divisive politics and put these evidence-backed solutions in place now.”

Fox News Digital previously reported on record homicides in more than a dozen cities last year and a 30-year record in Atlanta. 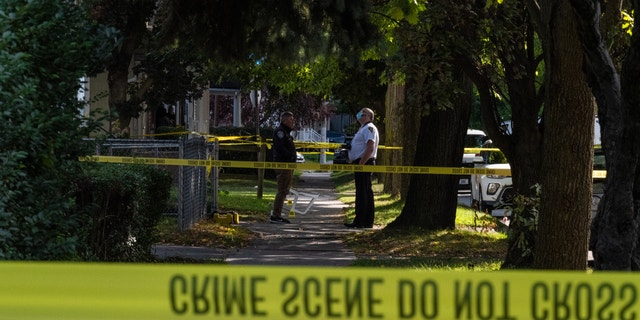 Of the 22 cities that CCJ studied, 16 reported a rise in homicides last year, ranging from a 108% increase in St. Petersburg, to a less than 1% increase in Memphis and Baltimore. Six cities, including Seattle and Omaha, saw a decrease in homicides.

As for other forms of violent crime, CCJ reported an 8% increase in gun assaults, a 4% rise in aggravated assaults, and a 1% surge in robbery rates after robberies dropped in 2020. The organization noted reports of carjackings and train robberies that became more prevalent in 2021. Domestic violence also increased 4% since 2020 in 11 cities. 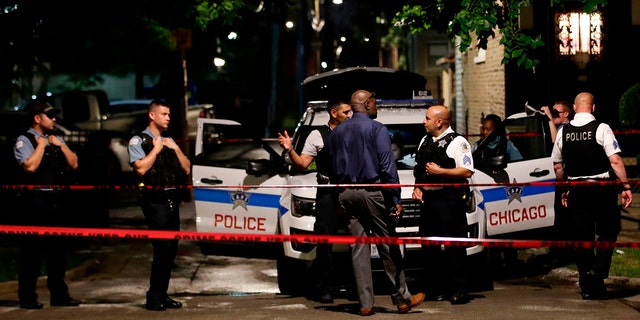 Chicago police officers investigate the scene of a shooting in Chicago, Illinois, on July 21, 2020. (KAMIL KRZACZYNSKI/AFP via Getty Images)

Meanwhile, drug violations and property crimes dropped in 2021 compared to the previous year.

“The elevated rates of homicide and serious assaults require an urgent response from elected leaders,” the study’s co-author, University of Missouri-St. Louis professor emeritus Richard Rosenfeld, said in a statement. “A year ago, we concluded our 2020 crime report by noting that with so many lives at stake, the time to act is now. That message is as vital today as it was then.”

CCJ previously reported a 16% increase in homicides in the second quarter of 2021 compared to the same time period in 2020.