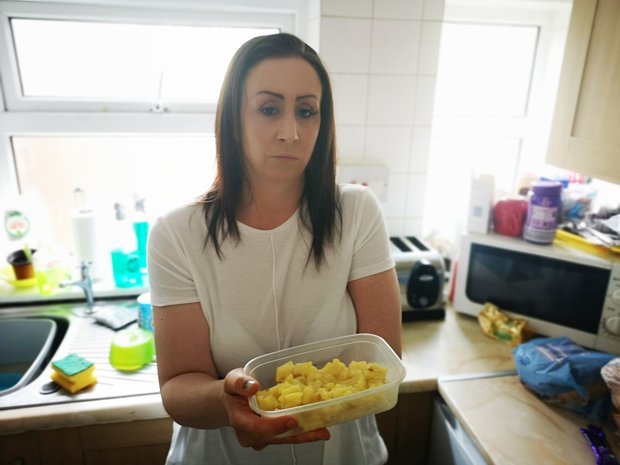 “I’ve been a Muslim for years now and avoided bacon for so long. I felt like I’d betrayed my religion.”

Speaking to the Derby Telegraph, the furious mum said: “I just sat down and my young son said ‘Mummy, this smells like bacon’.

“When I ate it, it tasted just like bacon which made me feel sick. I was absolutely seething and went back down to the store.

“I just went in with the jar of sauce and made them smell it. I thought it must have been contaminated.

“There was no bacon in it because it had a vegetarian label but a staff member kept telling me it was a carbonara sauce.

“It isn’t. It’s just a white sauce but that shouldn’t explain why it tastes like bacon.” 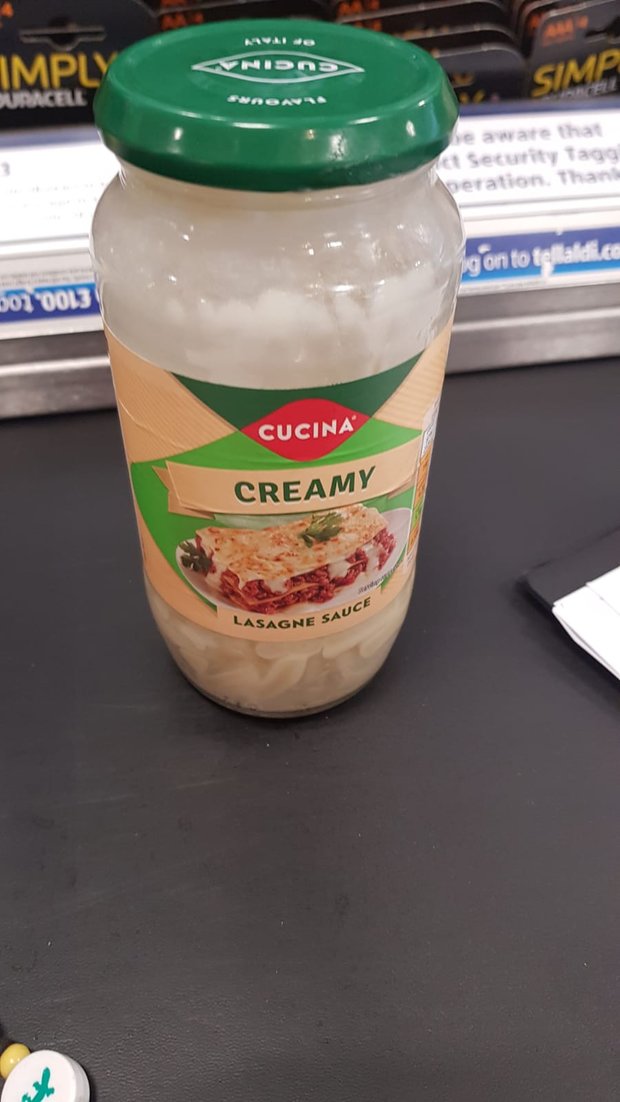 Ms Ward claims she has kept some of the meal in the fridge as evidence, and has lodged a formal complaint with Aldi.

She says she feels let down and is hoping to be compensated.

The young mum added: “I’m absolutely furious. I’ve been a Muslim for years now and avoided bacon for so long.

“Then this happens. I felt like I’d betrayed my religion.

“Aldi have told me they are going to test the sauce to see if it has been contaminated. It’s just not on.”

An Aldi spokesperson reassured customers that the product is vegetarian but has a distinctive smoked flavour.

They added: “We are sorry to hear Miss Ward is unhappy with this product and can reassure her the lasagne sauce is completely meat free.

“The product is flavoured with smoked salt which gives it its distinctive taste.”