‘My brother took my virginity’: Woman was sexually abused as a toddler

‘My brother took my virginity’: Woman who was sexually abused by her own sibling as a toddler reveals how 10-year rape ordeal only came to light when she plucked up courage to tell their mother when she was aged 18

A young woman who was sexually abused and raped by her own brother from the age of three years old has spoken out about her hellish childhood for the the first time.

Olivia Hutchinson* was sexually abused by her brother, Brandon Hutchinson, now 25, from the age of three.

Olivia, from Fleetwood, Lancashire, said: ‘I remember being abused by Brandon from the age of three and as he got older it then progressed into rape.

‘I was forced to live with the horrendous memories until 2014 when I finally had the courage to tell my mum. 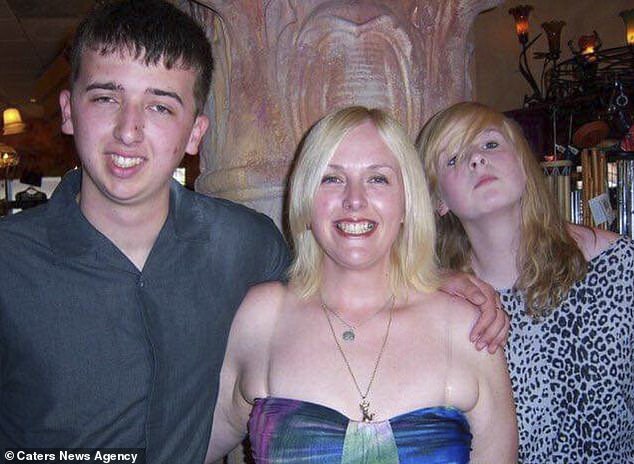 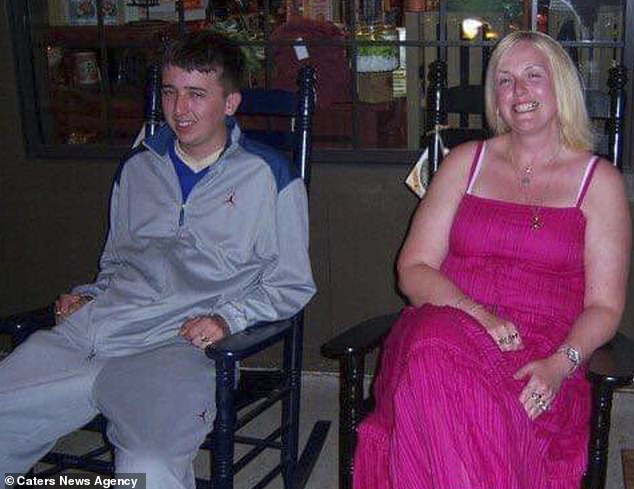 Brandon Hutchinson, now 2015, is serving a nine-year term for child rape. His sister has spoken out for the first time to encourage other victims not to suffer in silence

“No one knew what a complete monster he was, he’d taken my virginity and I was tired of having to live a lie.’

Olivia’s mother Janet said she ‘felt sick’ to learn her ‘seemingly perfect son was actually a rapist’, when Olivia first told her at the age of 18.

But Janet instantly supported her daughter and the pair told the police. The family are sharing their story to help others find the confidence to speak up and get justice.

Brandon Hutchinson is now behind bars and has served over four years of his nine year sentence after being found guilty in January 2015.

Olivia added: ‘Thankfully my mum was really supportive and believed me straight away.

‘We went through a horrific ordeal following it though as our family was divided by opinion and my mum had no choice but to tell the police so we could get justice for Brandon’s crimes.

‘I was so relieved when he was sentenced to nine years, I finally felt like I could put my past behind me.’ 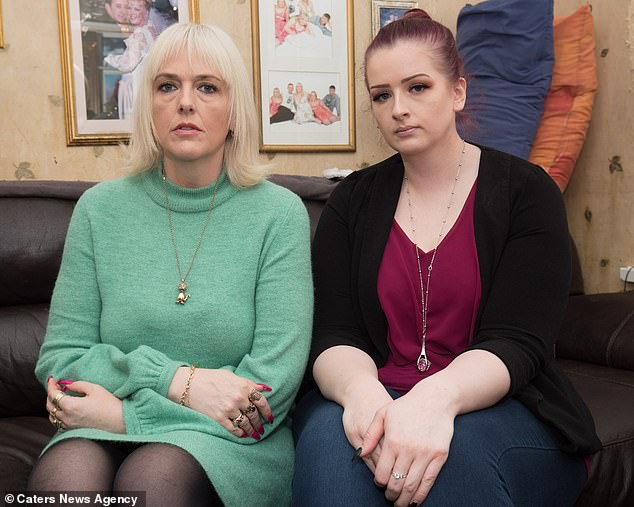 Janet, 43, and Olivia, 22, have spoken out. Their family ordeal caused the pair to comfort eat, reaching 50 stone between them but they have since lost 20 stone 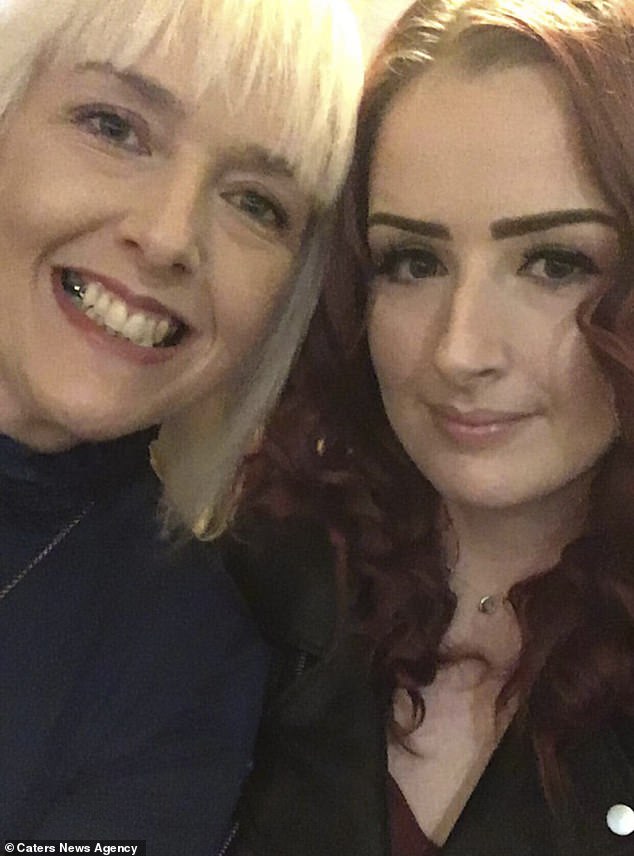 When Olivia, pictured right, was 18 she told her mother, pictured left, what Brandon had done. She said: ‘: ‘Thankfully my mum was really supportive and believed me straight away’. The pair went to the police 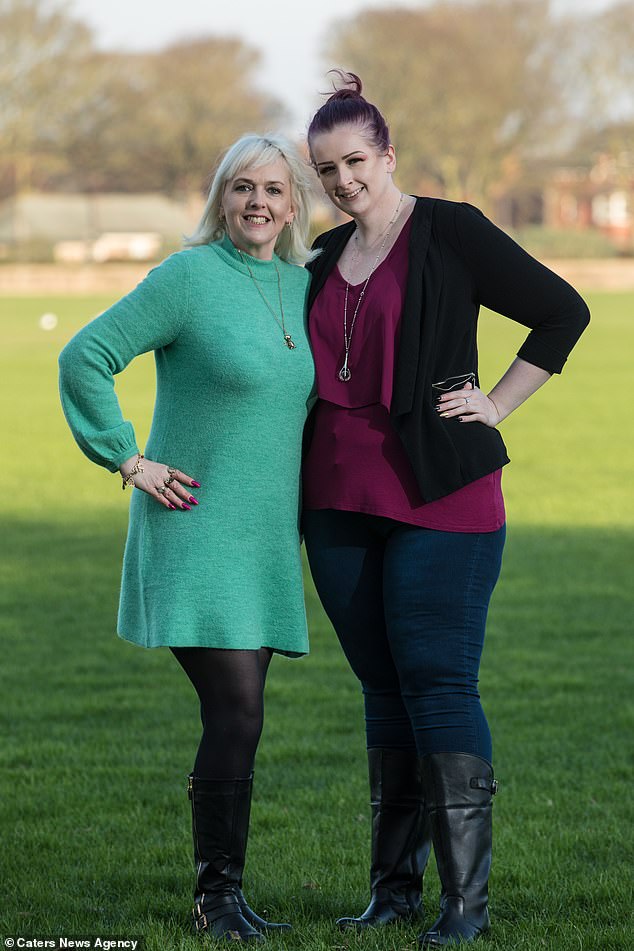 The pair are trying to put the ordeal behind them. Olivia said she would not allow her brother to ruin her future

Olivia added: ‘I’ll never forget what happened to me, he abused his position as my older brother.

‘His abuse only stopped when I was 12 as I was old enough to understand it was wrong and felt confident enough to say no.

‘My childhood was ruined by my brother but I won’t let him ruin my future.

Her paedophile brother was sentenced in January 2015 after a jury found him guilty of nine charges including incident assault and sexual activity with a child, and three counts of rape of a child under 13.

Janet Hutchinson said: ‘When Olivia told me that her brother had raped her it was a huge shock. It had happened for years all in the family home when we were downstairs.

‘I felt sick knowing that my seemingly “perfect son” was actually a rapist.

‘But I supported Olivia every step of the way to ensure she got the justice she deserved.

‘It was such a horrific time for us as a family, but my husband, Mark, 46, stood by our side as did my older daughter.

‘The court trial took its toll on our family and both me and Olivia comfort ate to try and make ourselves feel better. 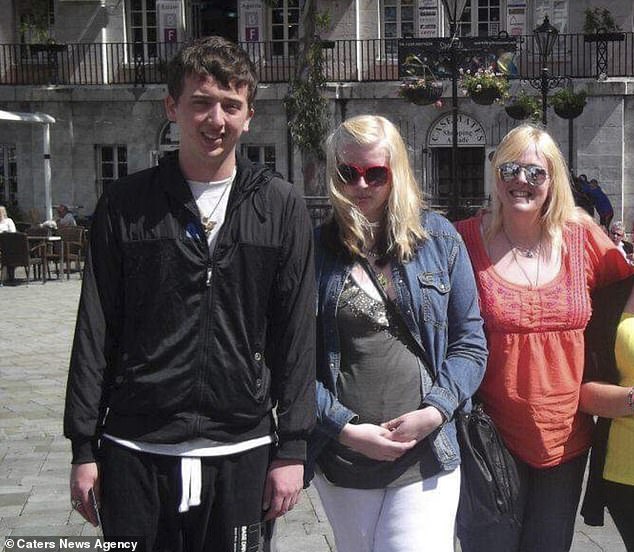 Brandon, Olivia and Janet pictured on a family holiday. Olivia has told of how he would sexually abuse her as a child 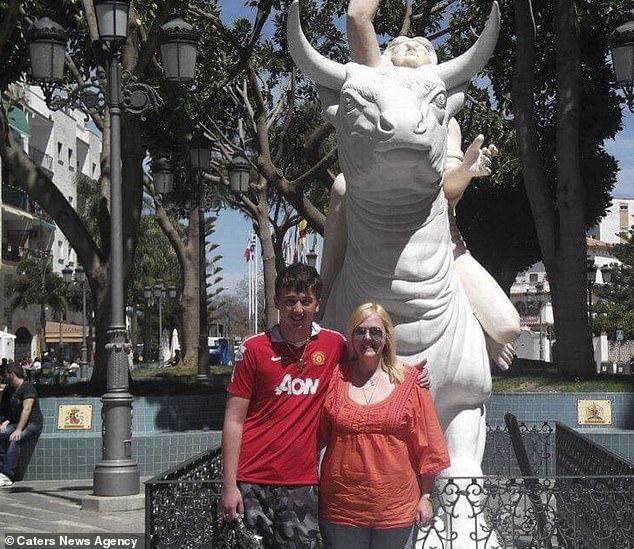 The pair reached for comfort food to help them with the anguish of the ordeal until they topped the scales at more than 50 stone (317kg or 700lbs) between them.

But after joining ‘one 2 one Cambridge Weight Plan’ the pair have lost almost 20 stone together, exercising in the gym and ditching their fast food addition.

‘Our weight ballooned and before I knew it I weighed 26st 3lb and was addicted to eating takeaways, cakes and chocolate,’ said Janet.

‘Thanks to one to one Cambridge Weight Plan I’ve since lost 14st and now weigh 12st 10.

‘Olivia who weighed 26st too has since lost 5st with the weightloss plan. 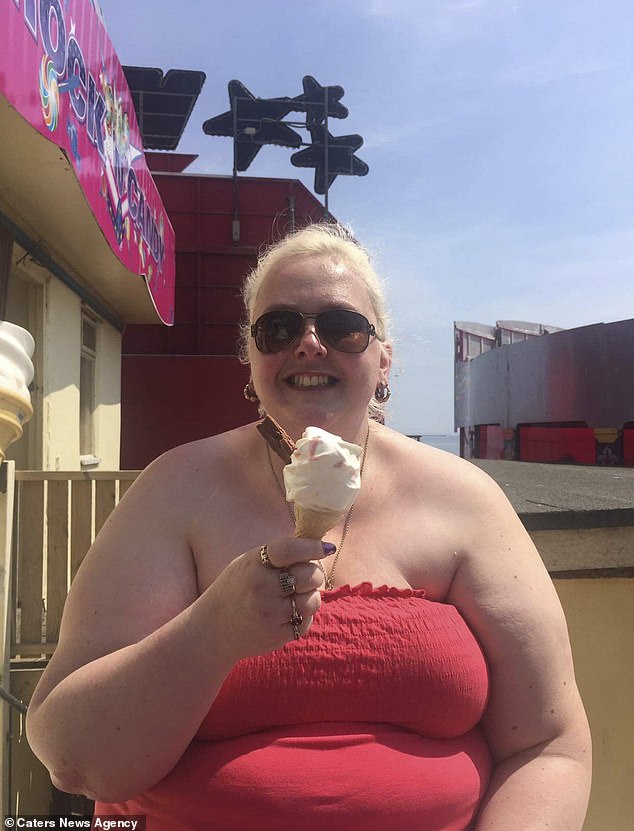 ‘Our weight ballooned and before I knew it I weighed 26st 3lb and was addicted to eating takeaways, cakes and chocolate,’ said Janet, pictured above before her weight loss 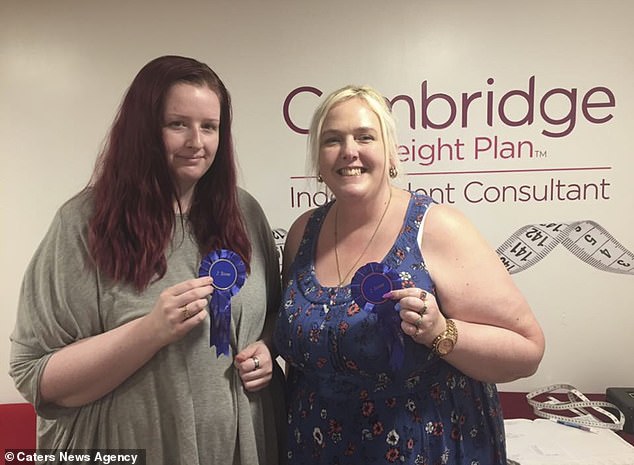 Olivia, left, and Janet, right, weighed 50 stone between them but on a weight loss plan they have managed to get back into shape

‘It has literally changed our lives in so many ways, the last few years have been a complete nightmare but we have got through it as a family.

‘We have moved on from it now and although your love for your child doesn’t switch off overnight, we don’t have any contact with Brandon now and we won’t when he’s released.’

Hutchinson is due to be released from jail next May after serving half of his nine year sentence.

Olivia’s said she was now ready to speak up, to help other victims not to suffer in silence.

She said: ‘I know the importance of sharing sexual abuse stories as it helps other victims speak up.

‘I don’t want to sit back and not say anything, I’ve always wanted to raise awareness and share my experiences.

‘If I was able to get justice I want others to realise they can too.’

*Ms Hutchinson’s first name has been changed at her request.