FOR Debbie Horton every day is a misery, as she is plagued by constant pain.

The 26-year-old says her 42L boobs are so big, that they've caused part of her spine to "collapse". 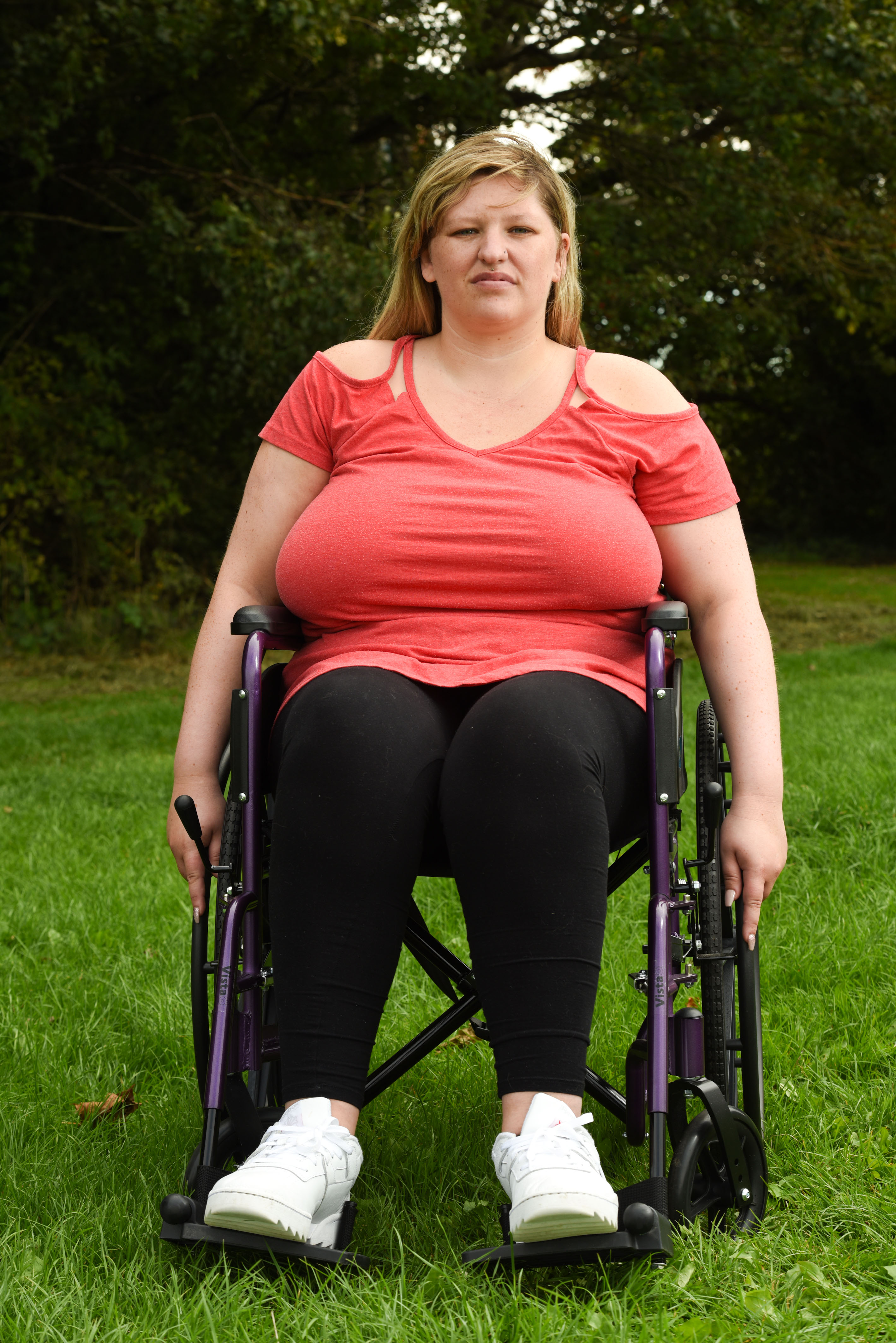 She is now confined to a wheelchair, and is begging for help to relieve her agony.

Debbie is desperate for a breast reduction op, after three previous operations have failed to relieve her pain.

The sales advisor, from Nuneaton, Warks, said she's disgusted that the NHS won't fund the op.

She said: "The weight of my boobs is constantly pulling down and it causes so much pain. I live with pain every day.

"I really believe that having the breast reduction surgery would completely change my life – it would reduce the pain as I won’t have the weight pulling me down.

"I think they must weigh a couple of stone each.

"I’ve spoken to my doctor about getting it on the NHS but it’s such a strict criteria." 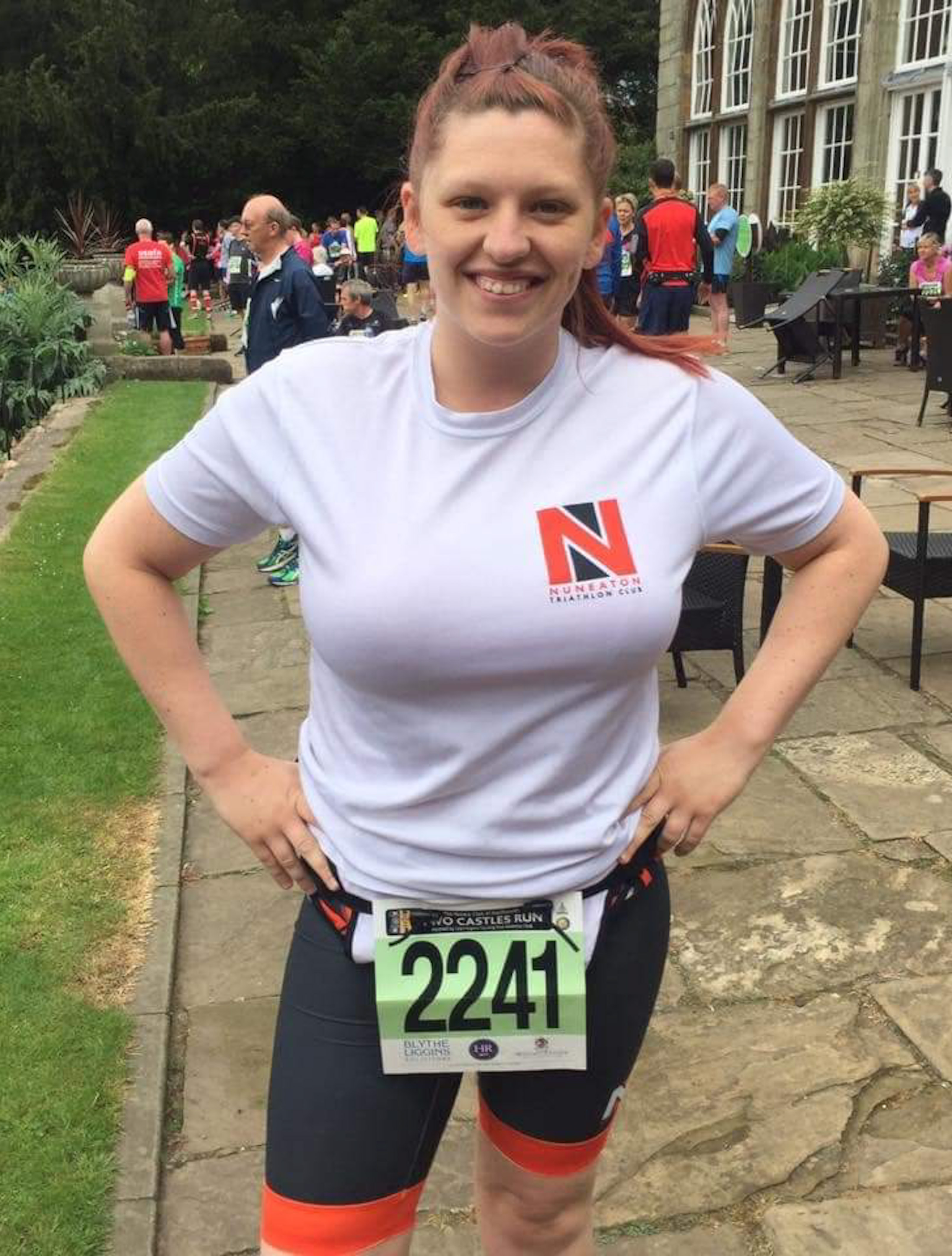 The ex-fitness fanatic, who completed a triathlon, has spent the past four years in extreme pain following a host of spinal problems including spinal degeneration disc disease, prolapsed discs, spondylitis and kyphosis in her neck, as well as fibromyalgia and lupus.

She first noticed a problem in September 2016 whilst working at Aldi and, despite several different spinal operations, Debbie still has to rely on a wheelchair and crutches to get around.

The weight of my boobs is constantly pulling down and it causes so much pain. I live with pain every day

Debbie, who now works as a customer sales adviser for Domestic and General and lives with her 32-year-old fiancé Lee, has to shop in specialist stores for her bras.

She added: "With the less pressure impacting my spine, I can put more exercise in and doctors have said that it would help.

"I don't like to go out without Lee because I can't physically walk for a long time – I have to take my crutches and wheelchair everywhere with me. 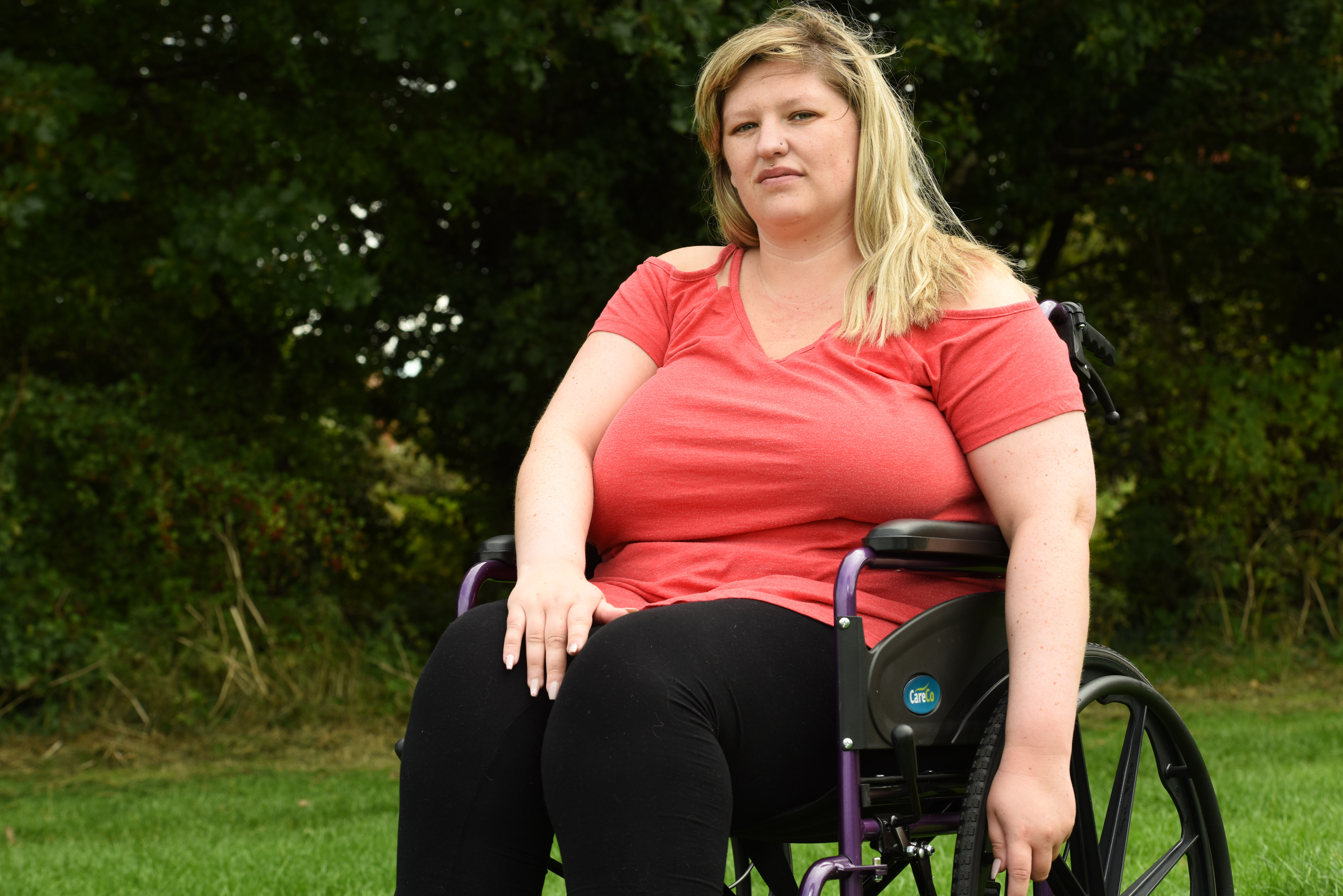 When Debbie was working in the supermarket in 2016, she bent over to pick something up but her back gave in and she ended up in hospital.

"They found out that my spine was curved which could have been something I was born with – they're not sure," Debbie, who has no children, added.

"I had to take two months off work and everything went downhill from there.

"The pain was horrendous and now I live with it everyday – it really makes you realise how much you need your back." 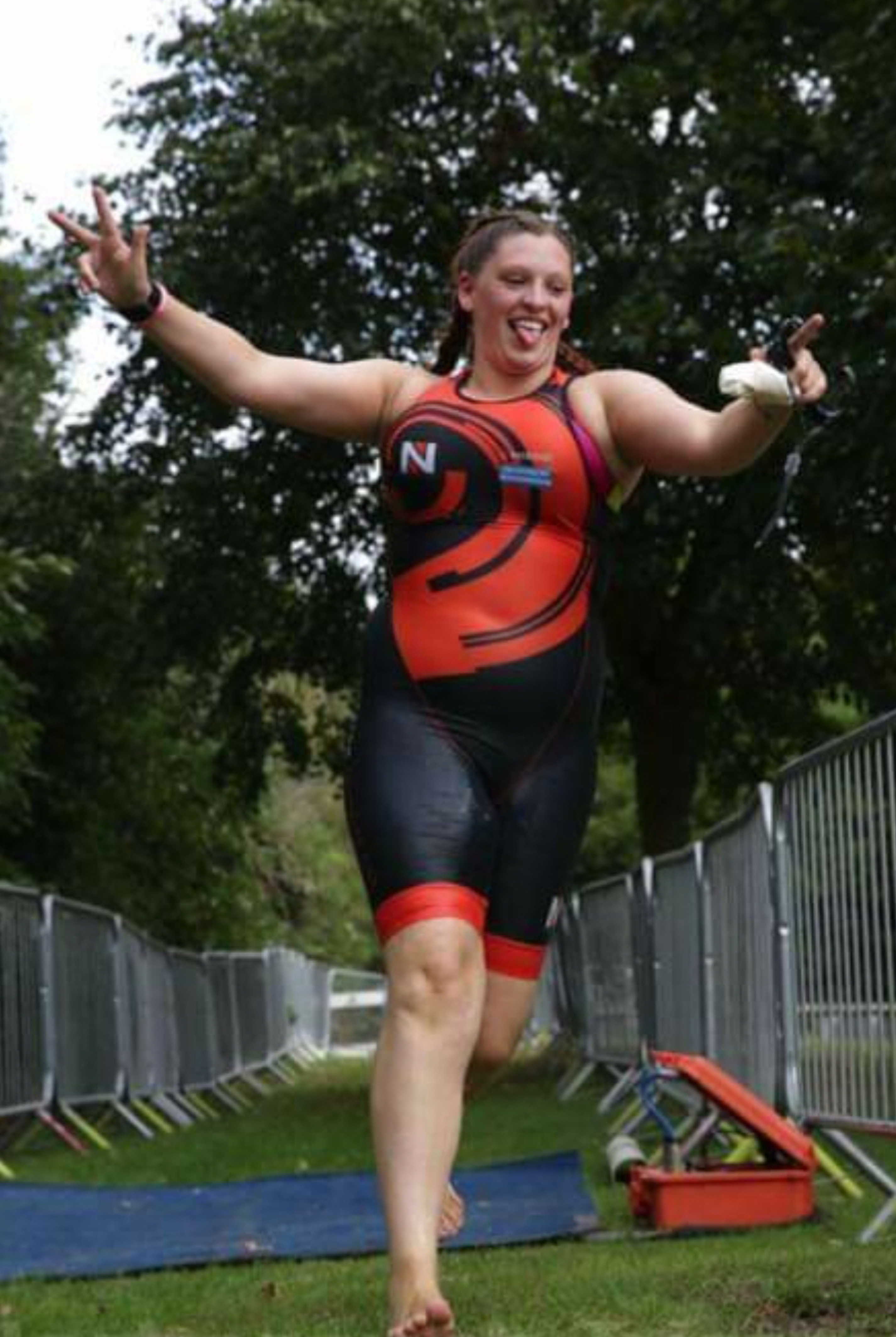 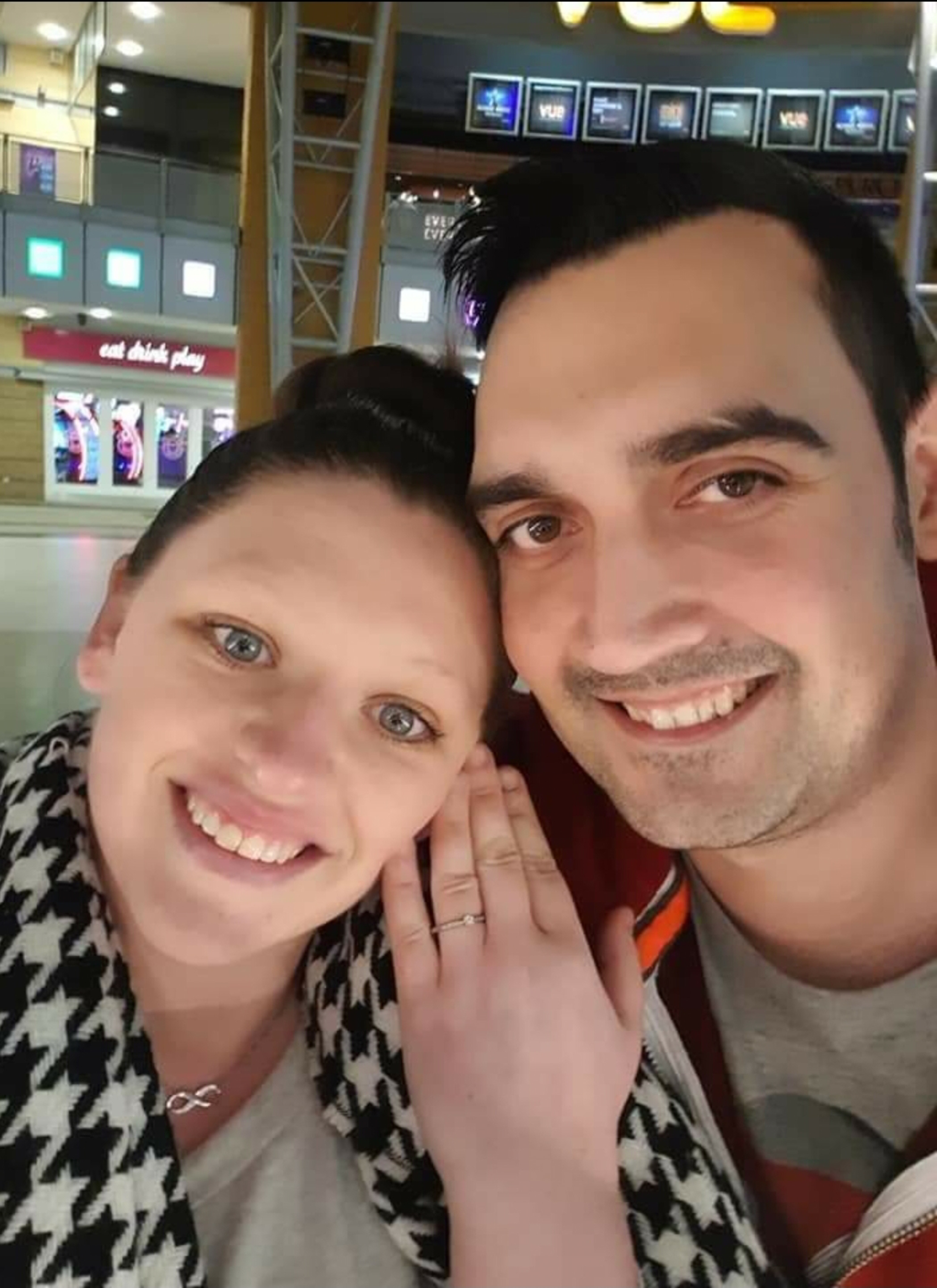 Debbie finally received three bouts of surgery, including a discectomy to treat her slipped disc, in November 2019 but still struggles to walk.

She added: "I was diagnosed with lupus last week which is just another thing to add to the list.

"With my illness, my skin can be so sensitive that I can't even put a bra on which makes the weight even heavier. It's too much for my spine to handle.

"One of my friends, Rita Bloomer, helped me to set the fundraiser up and I really think it will change my life for the better."

Debbie has been with her Lee for ten years and says that she couldn't carry on without him.

"He's a mental health support manager and he doesn't get a break when he comes home because he has to come and care for me.

"He's been amazing – I've told him that it's okay if he wants to go and find someone he can have a normal life with but he doesn't want that.

"I'm very lucky to have the support that I do". 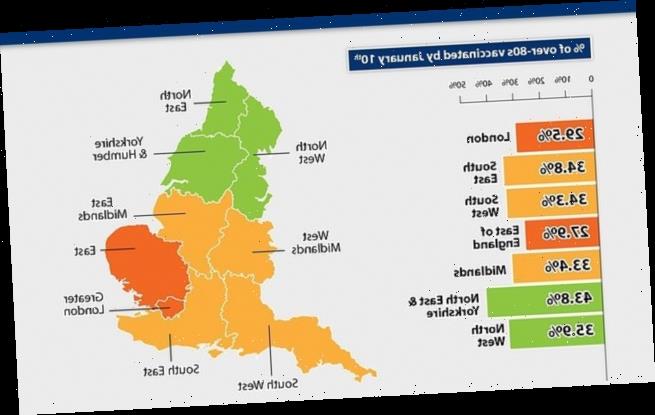 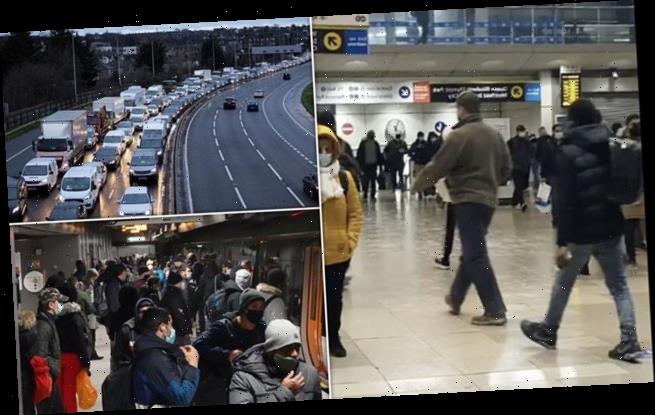 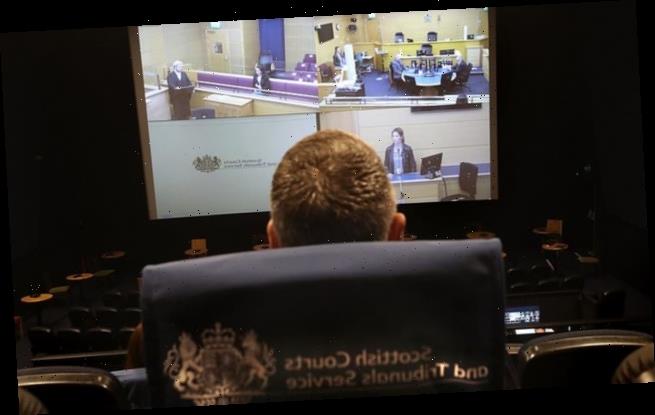