A swimming dog has narrowly escaped the jaws of a hungry crocodile after being chased through the ocean.

A woman holidaying at Umagico, 35km south of Cape York in Far North Queensland, posted a video online of the close call at Alau beach on Sunday morning.

A dog could be seen playing in the water as the massive predator torpedoed towards it, stalking the pooch as it desperately tried to get back onto dry land.

‘Come on, come here!’ the desperate owners beckoned from the sand. 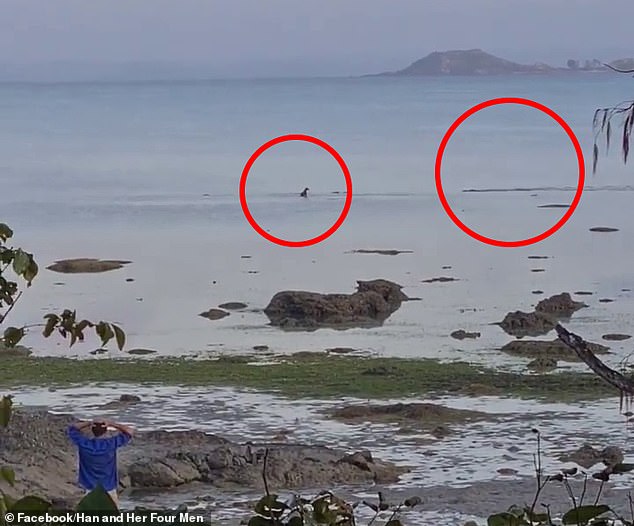 The pet begins running towards the shore then abruptly stops to look at the crocodile as it rapidly approaches.

The reptile is just metres away from its intended prey when the dog decides to turn and dash out of the water to its owners.

A man watching the gripping incident unfold could be seen nervously interlocking his hands on his head.

Hannah, who filmed the clip and shared it via her Facebook blog Han and Her Four Men, said the dog is a well loved local pet.

‘There were about 15 people on the bank watching it unfold and every single person had their hearts in their mouths,’ Hannah told Daily Mail Australia.

‘We all looked at each other afterwards with utter dismay and shock at what we had just witnessed.

‘You watch David Attenborough on the screen and get nervous but to witness it in real life is absolutely heart stopping. Everyone was just so thankful it was a happy ending!’ 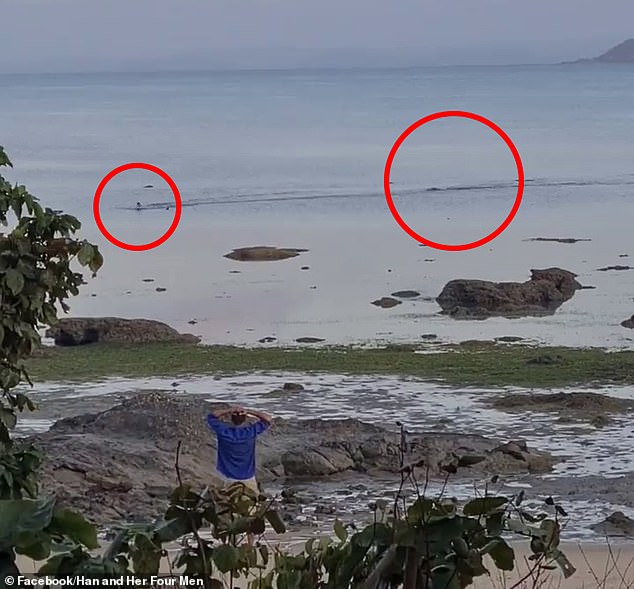 The footage also had social media users’ hearts racing, with many commenting the dog was lucky to evade an attack.

The incident comes weeks after a Staffordshire bull terrier was devoured by a three-metre crocodile in Cairns.

A local doctor was walking his pet in Palm Cove on September 23 when he lost sight of the dog near the water’s edge.

The dog could be heard barking and screeching before vanishing, with the predator located a short time later with an enlarged belly. 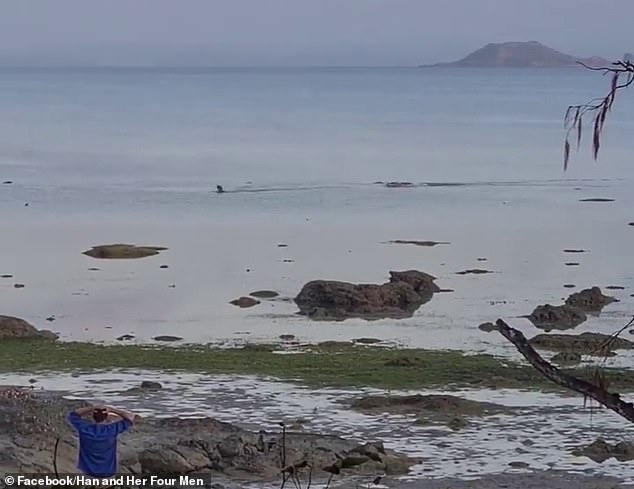 A dog has had close encounter with a massive crocodile while swimming at Alau beach, just south of Cairns,  in Far North Queensland