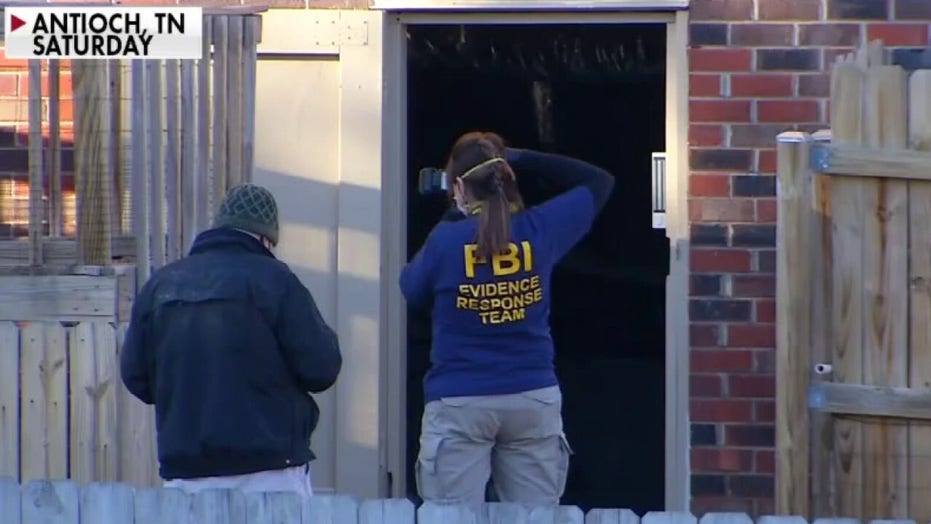 The explosive-laced RV parked in downtown Nashville played a warning message to evacuate, a countdown, and even blared the mid-60s hit song "Downtown" by Petula Clark minutes before it detonated into fiery blast early Christmas Day, injuring at least three civilians.

Five police officers who first responded to the scene early Friday and led evacuation efforts before the explosion recounted what happened during a press conference Sunday. The first officer to arrive at the scene, Tyler Luellen, said he was responding to a shots fired call at the address belonging to both a liquor store and apartment complex and did not initially pay too much notice to the RV.

NASHVILLE COPS DETAIL LIFE-SAVING MOMENTS BEFORE EXPLOSION: 'CHRISTMAS WILL NEVER BE THE SAME FOR US'

Not seeing any signs of gunfire, he and another officer heard the RV parked in the intersection sound a message saying that it would detonate and that their "primary objective" was to evacuate. He radioed to notify a sergeant and, amid the hurry to evacuate residents and move his police vehicle out of the intersection, also was able to pick up some of the lyrics from a song that soon sounded from the RV.

"What I remembered was ‘downtown, where the lights shine bright,’" Luellen said, recalling how the RV also played music and began to count down. Not recognizing the song initially, Luellen said he spoke with an agent from the Bureau of Alcohol, Tobacco, Firearms and Explosives (ATF), who pulled up the song and confirmed: "‘Downtown’ by Petula Clark was the specific song that was played." 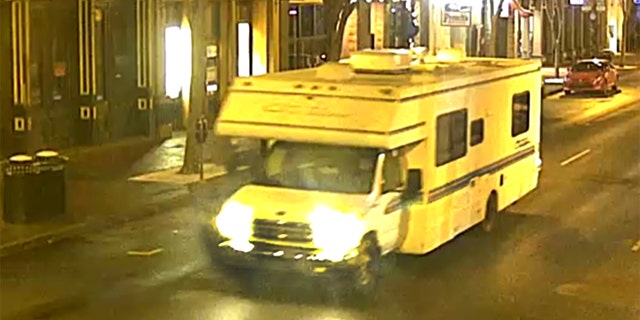 An RV played warning messages and music before it detonated around 6:30 a.m. Christmas Day in Nashville. (Metro Nashville Police)

The suspect allegedly responsible for the explosion has been identified as 63-year-old Anthony Quinn Warner, who authorities believe to be deceased from the blast, two law enforcement sources confirmed to Fox News. He was believed to have owned the RV and lived at a home in Antioch, Tenn., which was searched for hours by the FBI and several law enforcement agencies Saturday. 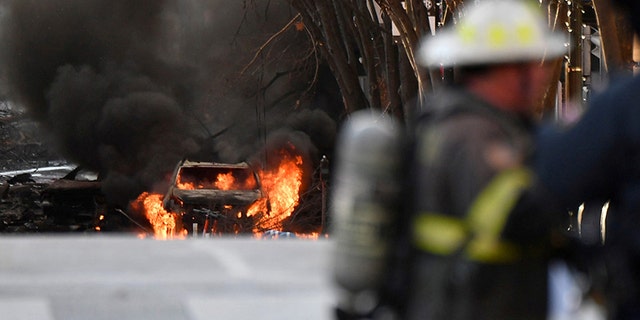 A vehicle burns near the site of an explosion in the area of Second and Commerce in Nashville, Tennessee, U.S. December 25, 2020. (Andrew Nelles/Tennessean.com/USA Today Network via Reuters)

Police initially said tissue believed to be human remains was found in the debris left scattered by the explosion, and investigators will be conducting DNA testing. Besides Warner, no other fatalities were reported. Three civilians were injured. One officer, James Wells, lost hearing temporarily from the blast.

At the same press conference Sunday, Wells described how the RV was also equipped with cameras.

"There were also cameras on the RV like surveillance cameras above the mirror," Wells explained. "It felt like whoever was behind it was watching us."

The explosion blew out an AT&T store and caused major communication outages affecting cell service, landlines and 911 call centers. Flights were grounded at Nashville International Airport for part of the day. An estimated 41 businesses were damaged by the bombing and people were displaced.