Nature's hide-and-seek champions! How many can YOU spot?

Nature’s hide-and-seek champions! These creepy-crawlies use incredible camouflage to blend into their surroundings – so how many can YOU spot?

These creepy-crawlies native to the forests of China use incredible camouflage to blend into their surroundings, from bark frogs on trees to dragonhead caterpillars on ferns.

Photographer John Horstman, 52, said: ‘There are amazing living beings scraping out a viable existence in every niche and every corner of the world, including in the most developed of our built environments.

‘The giveaway for hidden insects is movement, and if you’re patient and unobtrusive, something will reveal itself. Sit down in a comfy spot and just observe.’

The geometrid moth hides subtly amongst the rocks to protect itself from predators, while the leaf katydid tries to hide amongst identical leaves. 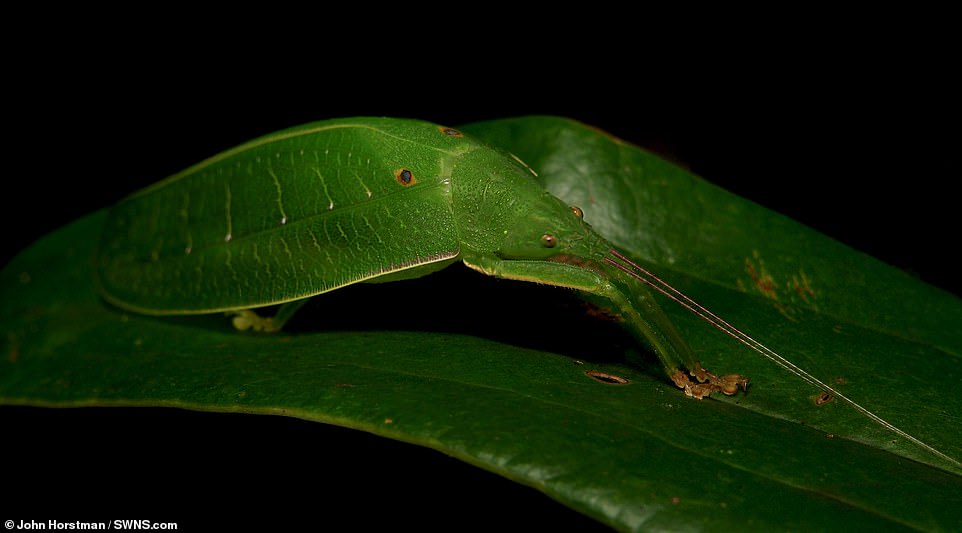 The Leaf Katydid, there are thousands of species of the katydid throughout the world and they are found on every continent except Antarctica. They have spots upon their backs which they use to deceive predators by flicking open their wings when a threat approaches. In this way, the predator is unsure of how to approach, baffled by the position and size of the creature 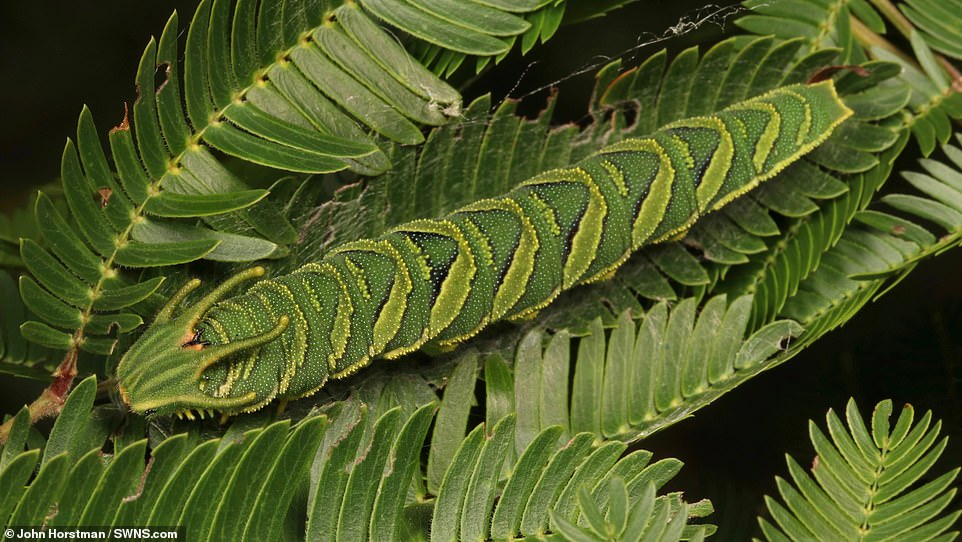 The Nawab Butterfly ‘Dragonhead’ Caterpillar blends in with the ferns. Photographer John Horstman, 52, said: ‘The giveaway for hidden insects is movement, and if you’re patient and unobtrusive, something will reveal itself. Sit down in a comfy spot and just observe.’ 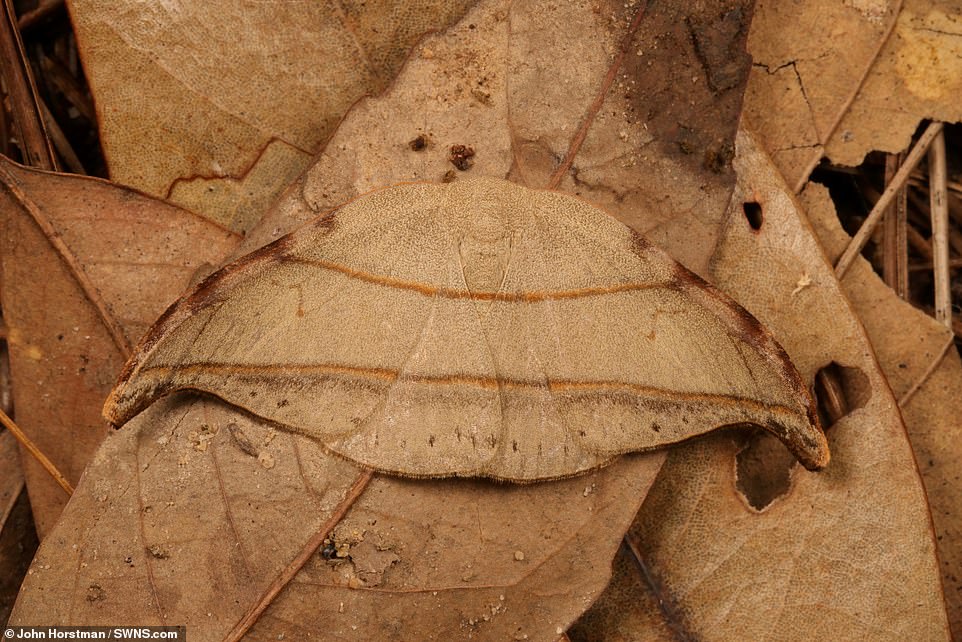 The Monkey Moth (Ganisa pandya, Eupterotidae) blends in with the brown leaves, complete with dark lines across its wings that look like the stems on the leaves 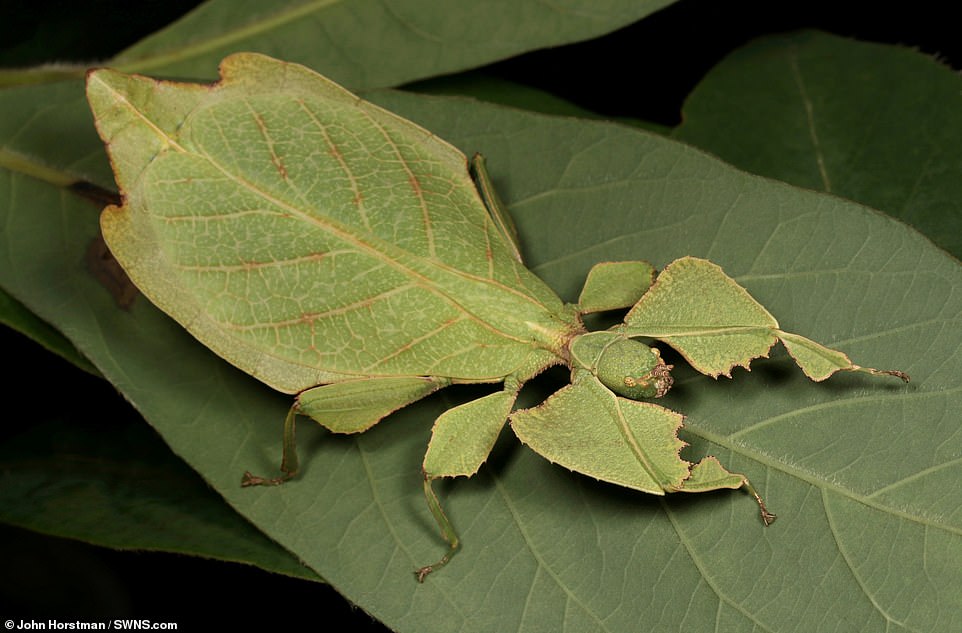 A female leaf insect is an exact copy of its surroundings, with its back shaped like a leaf, including the stem and the veins coming off it, a copy of the very surface it stands upon 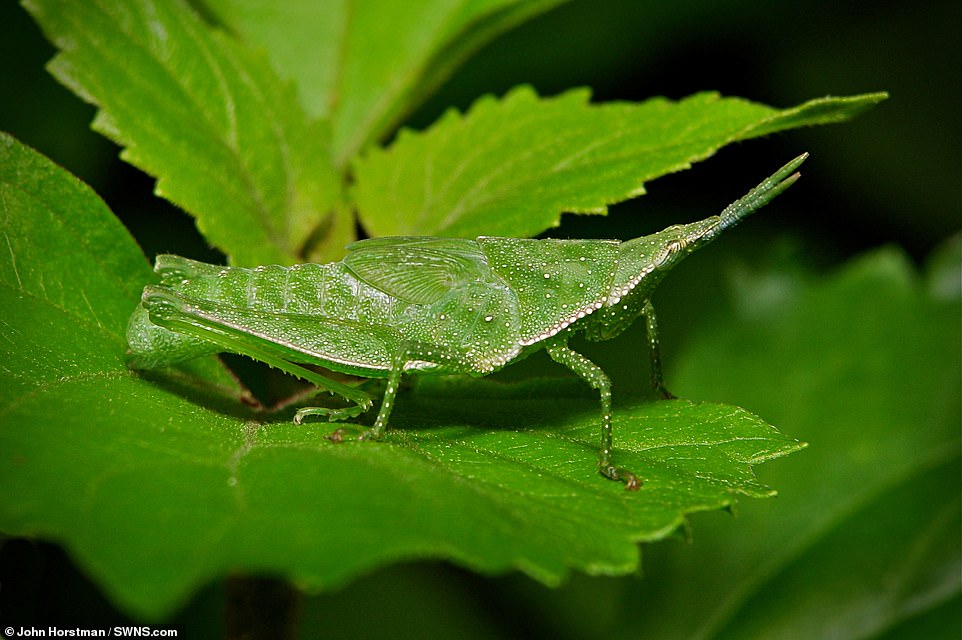 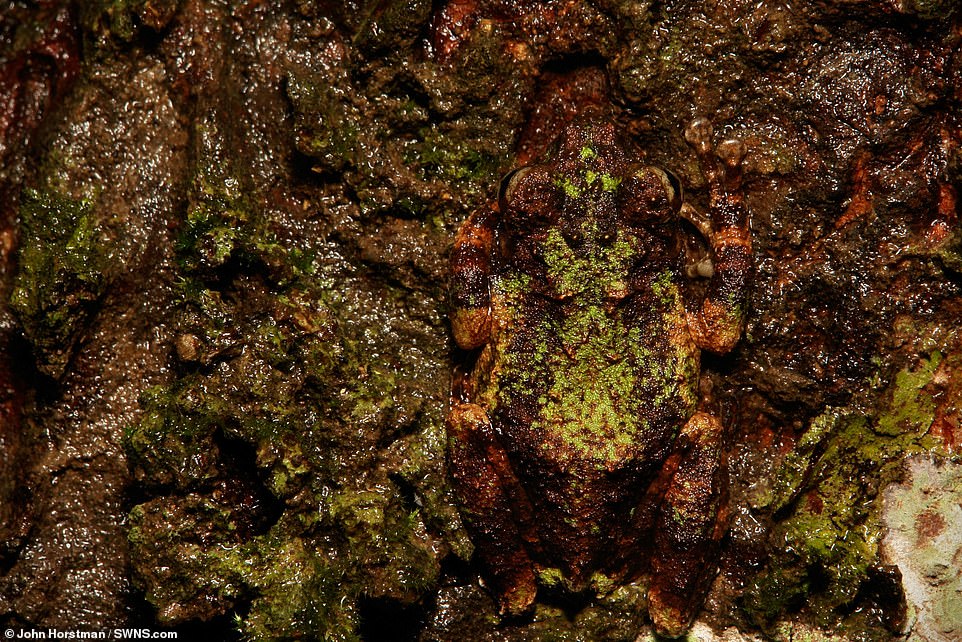 A Bark/Moss Mimic Frog, the rare species is found in western Yunnan province in China – it is part of the tree frog family, which spend most of their lives in trees, known scientifically as an arboreal state 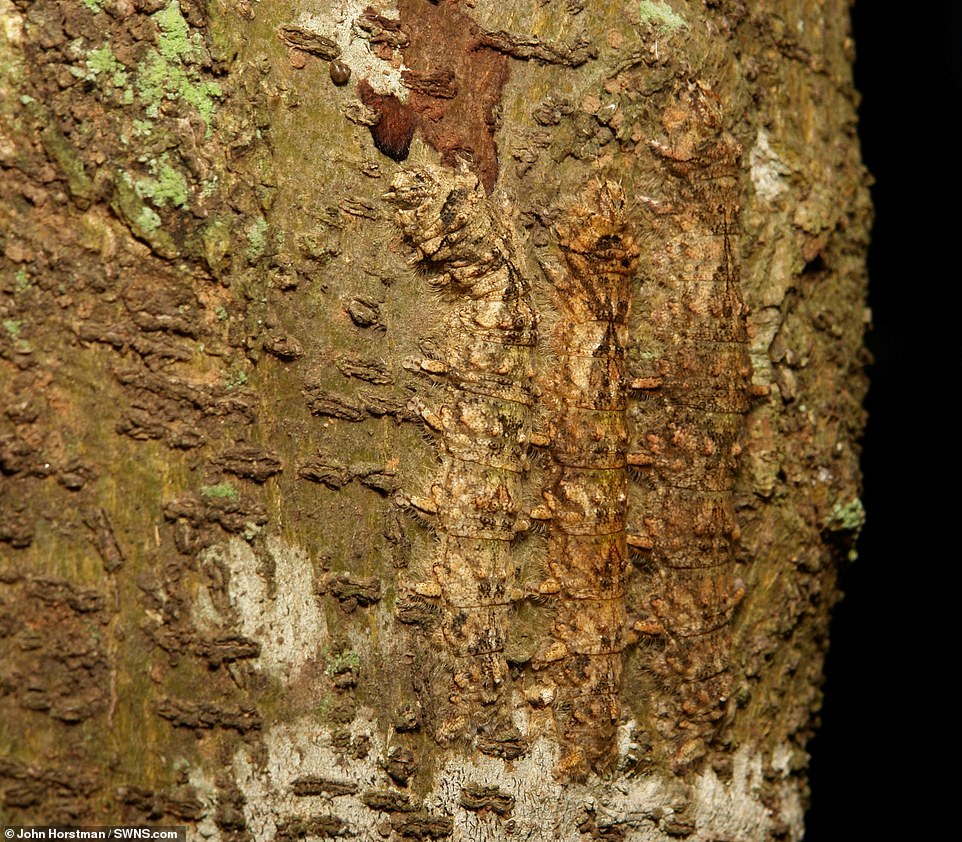 There are three large Moore’s Silkmoth Caterpillars (Ernolatia moorei, Bombycidae) to the right of the bark. It is related to the domesticated silk moth, which is unable to fly and cannot survive without human care 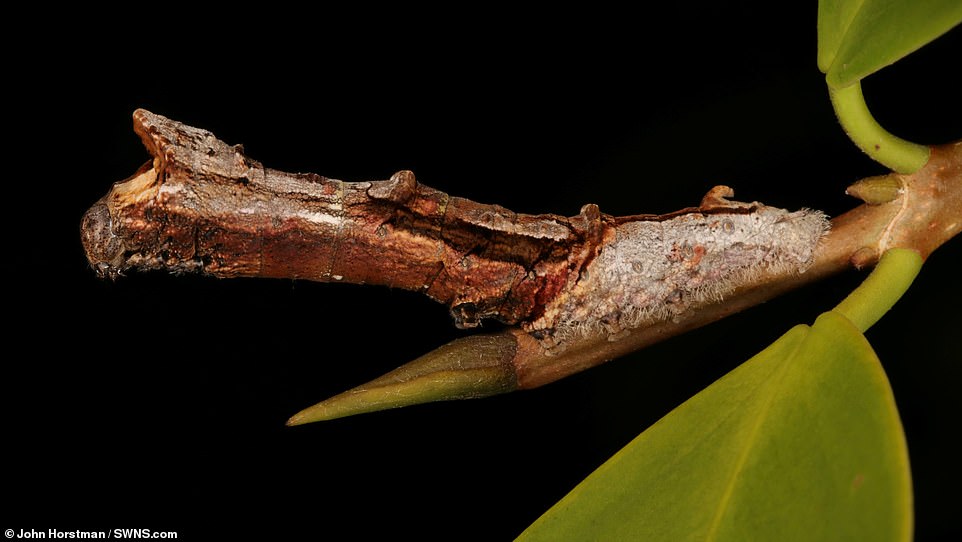 A silkmoth caterpillar. Photographer John Horstman, 52, said: ‘There are amazing living beings scraping out a viable existence in every niche and every corner of the world, including in the most developed of our built environments.’ 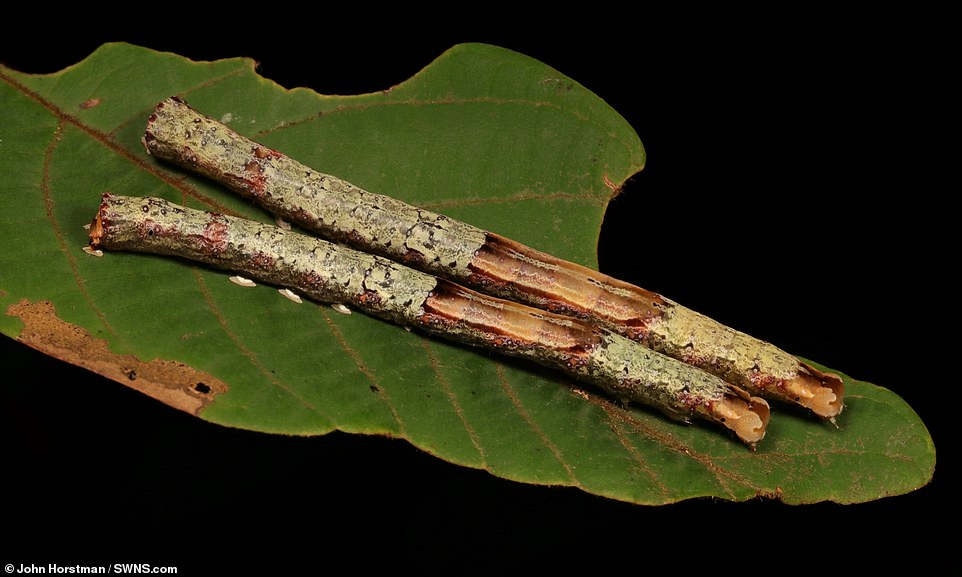 Two lichen encrusted twigs with stripped bark moth caterpillars on them, an insect native to Yunnan province in China

A Semilooper Moth Caterpillar (Erebidae) which looks like a twig. They are called semilooper caterpillars due to the way they move their body by curling upwards forming a loop in their body. 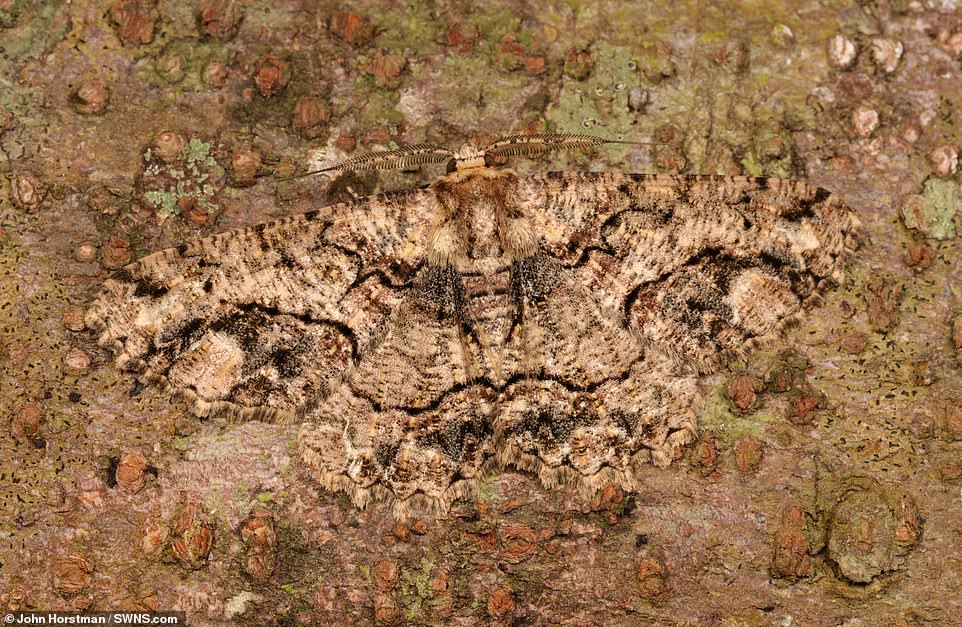 Geometrid Moth (Alcis sp., Geometridae). There are around 23,000 species of the geometer moths and several of their species are considered to be notorious pests. The name Geometridae comes from the Latin ‘earth measurer’ and refers to the way in which the caterpillars move 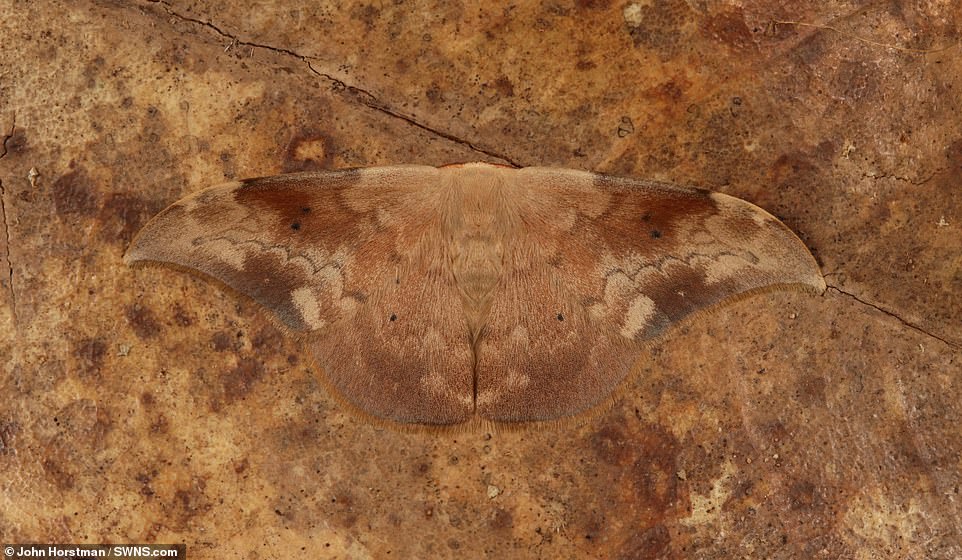 Hooktip Moth (Strepsigonia quadripunctata, Drepanidae) blending in with a leaf. They are so-called because of the hooked ends to their wings. There are 650 species of them around the world, mainly in Indo-Australia 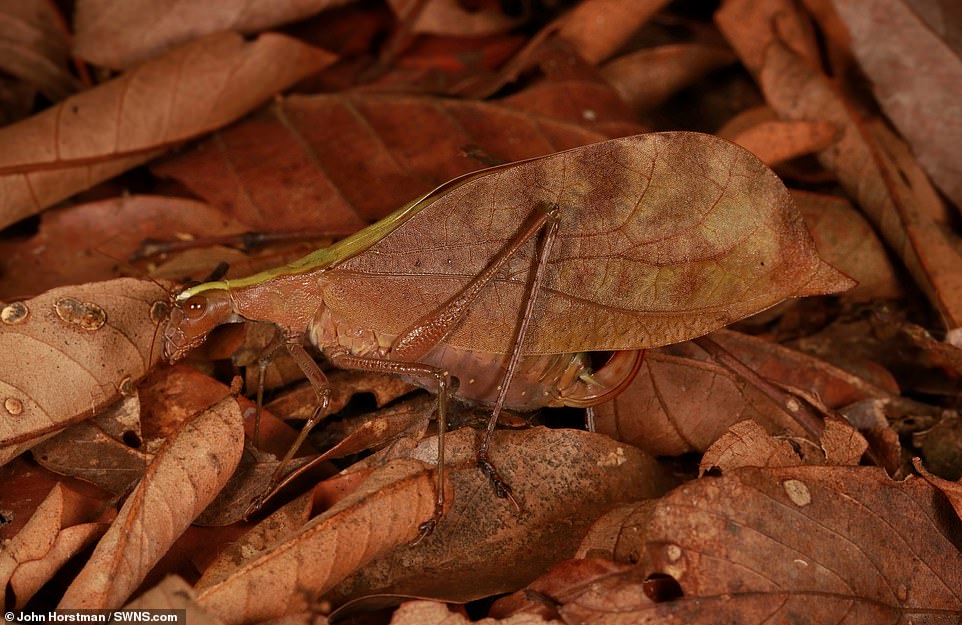 Leaf Mimic Katydid (Leptoderes dianensis, Phaneropterinae, Tettigoniidae. They are usually nocturnal and have bold mating calls. Mimicry among animals evolved imperfectly in the sense that once a good enough mimic is achieved to deceive a predator, it no longer progresses further 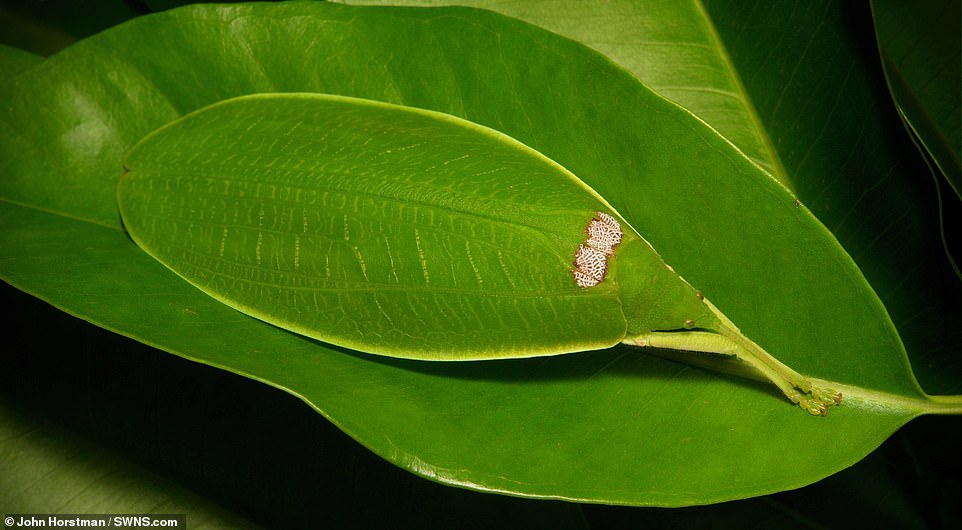 Another type of leaf katydid, they belong to the Tettigoniidae family of insects and are also known as bush crickets. Over 6,400 species are documented and they are found on every continent except Antarctica 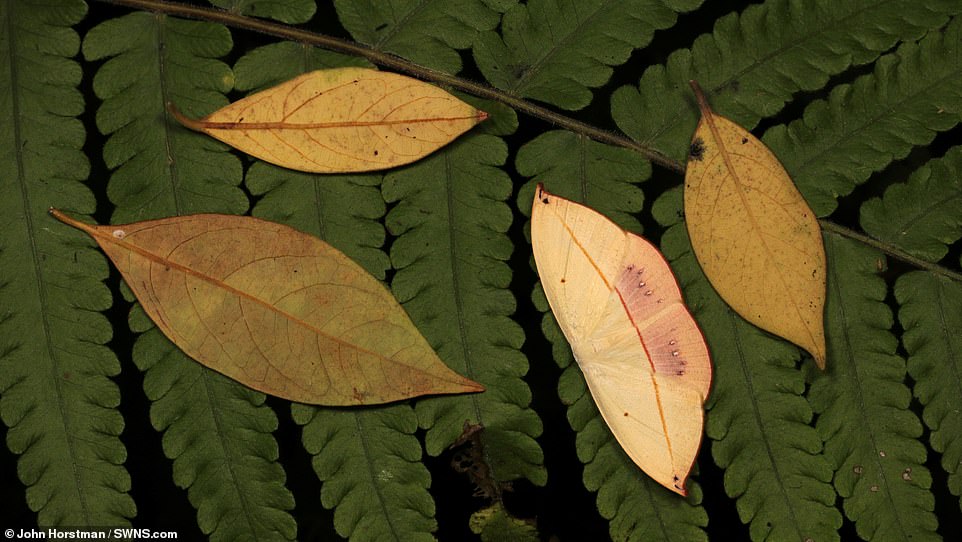 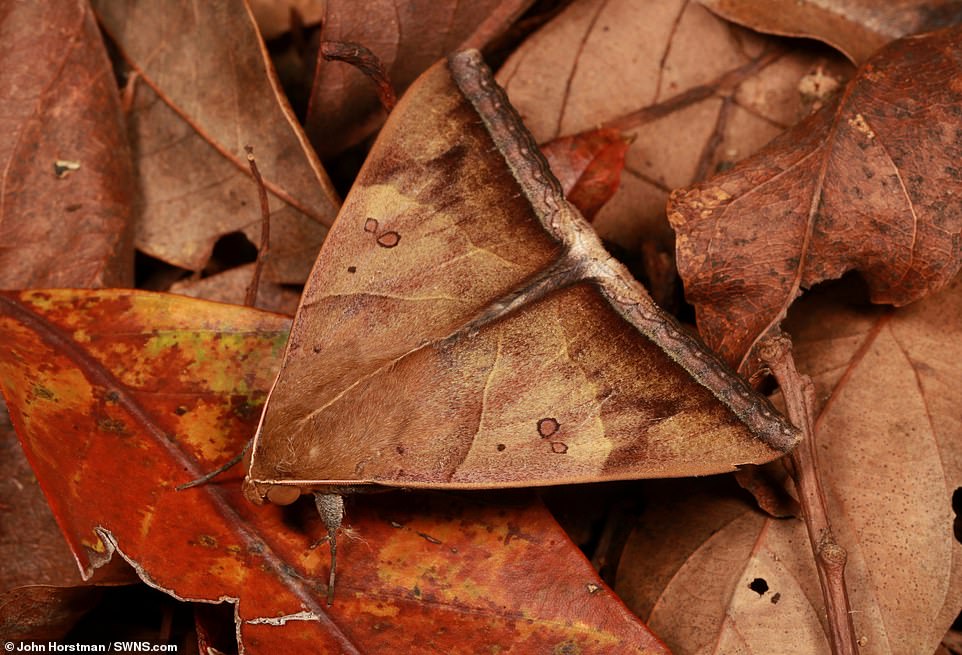 An owlet moth, also known as cutworms or armyworms, most have drab brown wings, although some species have more vibrant colouration. Their names – armyworms and cutworms – refer to the larvae of the owlet moth which can behave destructively in large swarms and cut down plants 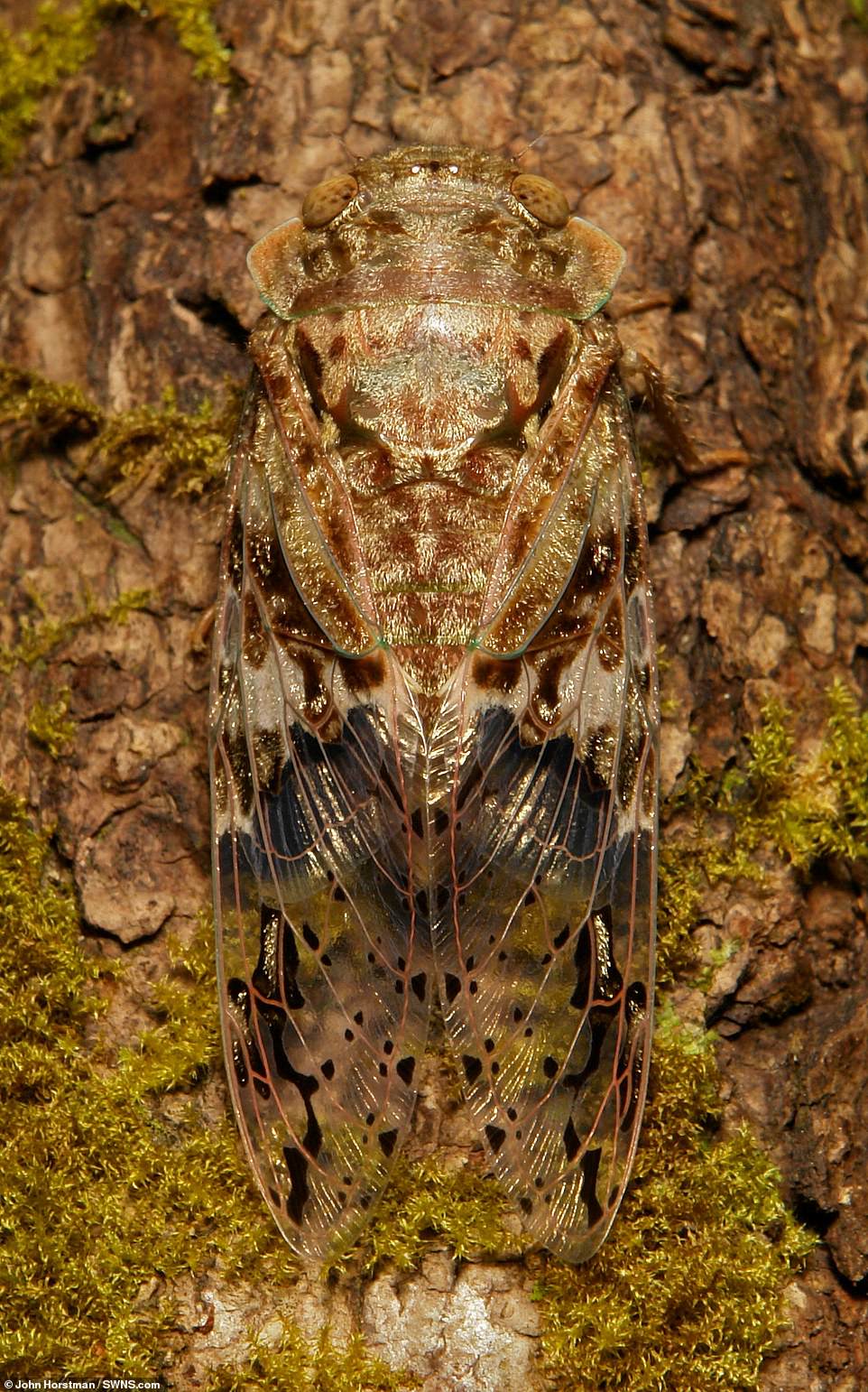 A Cicada moth – the majority of these moths are found in the tropics but there are a few types found in southern Europe. And a single species which is found in England, the New Forest cicada. Many species await formal description