Nearly a third of road death victims were not wearing seat belts in 2018, figures reveal while number of penalty notices for offences fell by 70 per cent in six years

Almost a third of the people who died in car crashes in 2018 were not wearing a seat belt, according to a report.

A freedom of information request by PACTS, a charity that advises Parliament on transport safety, and the insurers Direct Line, revealed the proportion of road crash deaths where victims did not use a seat belt has jumped by a quarter to 31 per cent.

The PACTS report entitled ‘Seat Belts: A Time for Action’ cited a lack of deterrents, road safety policing funding cuts and a lack of education campaigns surrounding the issue as the cause of the rise in road fatalities. 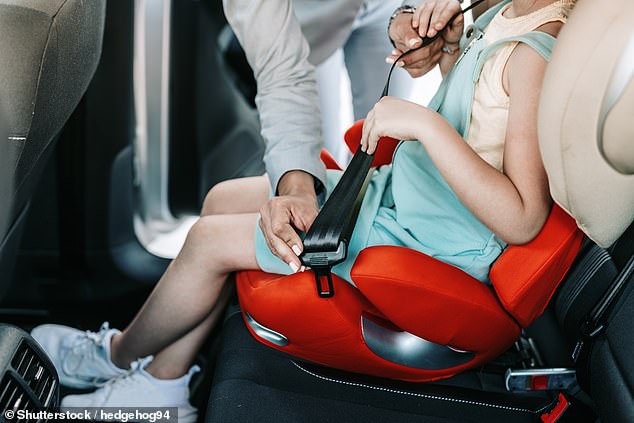 Road safety education campaigns such as the ‘Clunk Click Every Trip’ public information films and road safety policing campaigns were credited with seeing a rise in seat belt use fall in the 1970s.

David Davies, PACTS executive director, said: ‘Not wearing a seat belt doesn’t cause a crash but it is probably the most important factor in whether you live or die.’

Mr Davies continued: ‘The absence of penalty points for not wearing a seat belt is a real omission. It is compounded by cutbacks in roads policing.

‘You see that by the dramatic reduction in the number of fixed penalty notices. At the same time there has been a cutback in road safety education.’

PACTS has recommended the Government introduce a three point penalty on offenders’ driving licences as a deterrent to breaking the law.

A survey commissioned by Direct Line found that 72 per cent of the British public believe that three or more penalty points should be mandatory for those not wearing a seat belt.

In July 2019, the Department for Transport announced that it was considering introducing penalty points for seat belt non-wearing and start a consultation.

It has yet to put measures forward despite the move being supported by police chiefs.

Anthony Bangham, National Police Chiefs’ Council lead for Roads Policing said: ‘Consideration should be given as to whether the penalty for not wearing a seat belt should be brought in line with other fatal road offences such as speeding, drink or drug driving, or using a mobile phone at the wheel.

‘Twice as many people die on UK roads than through homicide each year. Most of these deaths are preventable.’

Northern Ireland introduced penalty points for seat belt offences in 2007, subsequently saw the proportion of motorists wearing belts rise from 75 per cent in 2003 to 95 per cent by 2011, the highest in the world. They also have the lowest motor fatality rate in the UK.

‘Seat belt non-wearing is more prevalent amongst men and young people, namely those aged 16-35. It is also more common amongst those who live in the UK’s most deprived areas, those that travel in the passenger seats, and those that drive older cars.’