Neighbours club together to pay for private security guards

Neighbours on a street plagued by burglaries and car thefts have clubbed together to hire private security guards to patrol the road.

Around 140 homeowners living in Sutton Coldfield, near Birmingham, have decided to pay £504-a-month for a team of guards to safeguard their homes three times a week.

Those on Warwick Street connected through WhatsApp after they noticed a spike in the number of burglaries and car break-ins on the road since November. 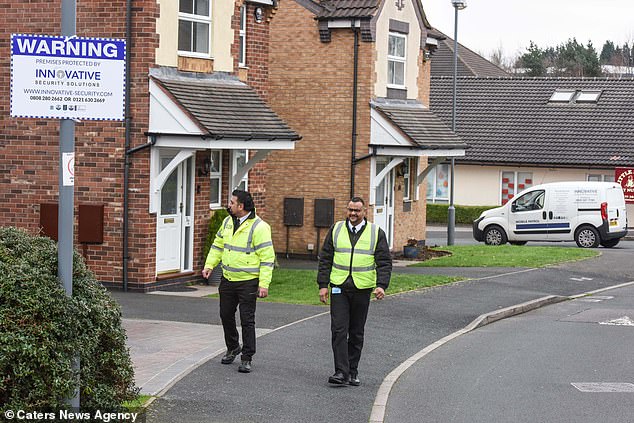 Around 140 homeowners living in Sutton Coldfield, near Birmingham, have decided to pay £504-a-month for a team of guards to safeguard their homes

Some 69 of the families opted to pay an extra £10-per-week for added security.

Mrs Edkins said: ‘Home break-ins and car thefts started happening every four or five days, and at any time of the day or night.

‘Recently, residents had noticed a number of unknown cars driving up and the street.

‘We felt like we were being watched, it made us scared to leave the house.

‘We decided to run a five week-long trial period to hire private security for the street. 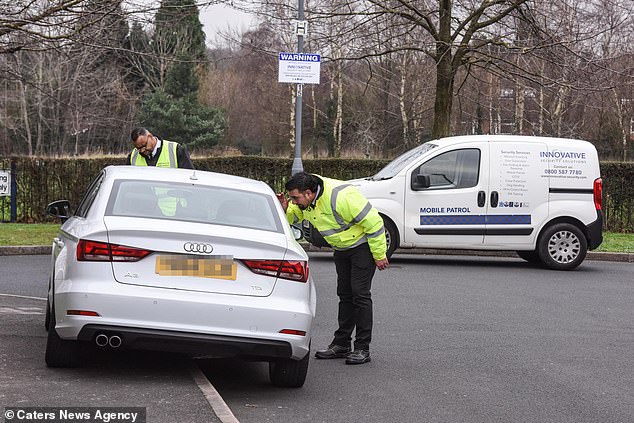 ‘We offered to pay the first week on behalf of our community. We didn’t want to use resident’s money if our idea didn’t work.

‘As more residents discovered what we were doing, they put their names on the list.’

West Midlands Police, which covers the town, has seen a 24 per cent decline in its total funding since 2010, a report by the National Audit Office revealed.

This is the second biggest cut in the country – behind Northumbria Police which suffered a 25 per cent reduction. 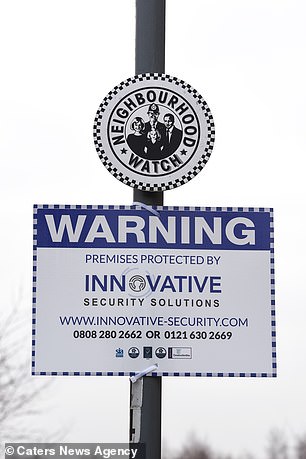 West Midlands Police and Crime Commissioner David Jamieson said the lack of police on the streets is to blame for the residents’ ‘deeply concerning’ action.

He said more than 2,000 officers have been lost due to cuts of £175 million in the past nine years.

Company director Riz Dean said: ‘The residents came across our website and got in touch, so our operations manager went there for a meeting.

‘We do mobile patrols across several business, but residential was nothing we had thought about up until now.

‘Since our patrols started, they feel a lot safer.

‘We think it’s a great idea for residents, because it makes criminal think twice when they know there’s an extra layer of protection in the area.’

The neighbours plan to maintain patrols for as long as they think they need it.

Mr Edkins said: ‘The area hasn’t always had this many problems, but we’ve taken note of the increase and decided to supplement our local police force by coming together and helping where we can. 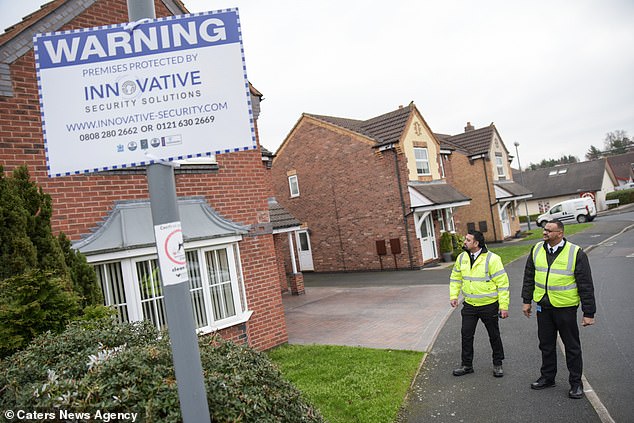 ‘We understand the police are stretched at the moment. We want to help where we can.’

‘Over the last nine years it has cut the force’s budget by £175 million, which has resulted in the loss of more than 2,000 officers.

‘Despite this, West Midlands Police has managed to maintain a very effective service.

‘However, it is deeply concerning that communities feel they need to pay private contractors to patrol their area.

‘The message to the government is clear: The public are not prepared to tolerate an under-funded police service any longer.’