‘Not on my watch’: New Armed Forces chief vows to ‘stamp on’ bogus claims against Northern Ireland veterans

The new head of the Armed Forces has vowed to ‘stamp on’ bogus allegations of murder made against Northern Ireland veterans.

General Sir Nick Carter said ‘vexatious claims’ over decades-old deaths of IRA suspects at the hands of soldiers during the Troubles risks undermining Britain’s fighting spirit now, adding: ‘That will not happen on my watch.’

The Police Service of Northern Ireland has sparked anger by re-examining every British Army killing during the conflict. 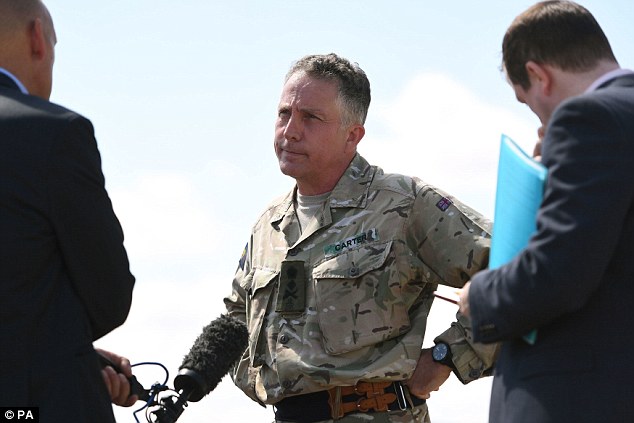 General Sir Nick Carter, pictured, has vowed to ‘stamp on’ bogus claims against British soldiers accused of murder and manslaughter during the Northern Ireland troubles

Hundreds of former soldiers, many now in their 60s and 70s, are potential murder or manslaughter suspects.

The Daily Mail has led the call to end the witch-hunt against veterans who did their duty during the IRA’s 30-year terrorism campaign.

The Chief of the Defence Staff, who served in Northern Ireland during the Troubles, said he was personally committed to making sure veterans were treated as fairly as possible as the pursuit over historic allegations also risks harming moral among current troops.

There was outrage when it was revealed in 2016 that hundreds of veterans – some now suffering serious illnesses – will be put through the ordeal.

Speaking at RAF Coningsby in Lincolnshire yesterday, Sir Nick said: ‘It is right and proper that if our soldiers have done something wrong then they should clearly be investigated.

‘But only if they have done something wrong. We need to have standards, we need to have values that people are held against, otherwise we will lose the moral high-ground.

‘What is fundamentally wrong, though, is if they’re chased by people making vexatious claims – and that will not happen on my watch. Absolutely not.’

He added: ‘If you end up with a clutch of vexatious claims then that undermines morale and has the risk of undermining our combat force and our fighting spirit. I would absolutely stamp on any of that sort of activity.’

He said it was ‘sad’ that veterans were being subject to police investigations and that they would receive the full support of the military, including financing legal aid. 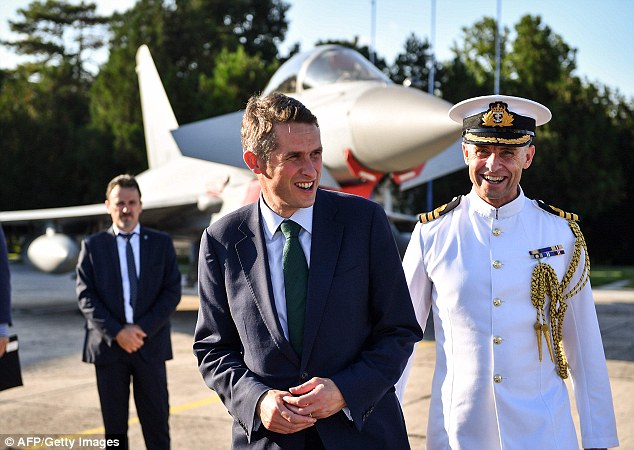 Defence Secretary Gavin Williamson, pictured yesterday in Romania, has opened a unit in the Ministry of Defence to determine what legal  protection can be given to the service personnel

He added: ‘That apart, I can do no more than give my personal commitment to them being as fairly treated and as properly looked after as they can be.’

Before taking on his current job, Sir Nick served as the head of the army from 2014, during which time soldiers who had served in Iraq faced investigation by the Iraq Historic Allegations Team.

The unit was handed 3,668 allegations of murder, torture and wrongdoing by British troops since 2010, when it was set up.

It was forced to shut down last year after ‘tank-chasing’ lawyers deluged it with vexatious claims.

Now Northern Ireland deaths are under the spotlight, with all 302 killings by troops in the Troubles being reviewed.

Last month MPs attacked the Northern Ireland Secretary as ‘close-minded’ after she issued a ‘blanket rejection’ of their call for a statute of limitations – or time limit – which would have ensured veterans were protected legally from new investigations dating back to events decades ago.

Karen Bradley had raised concerns that any protections given to soldiers would ‘inevitably be extended to terrorists’.

Defence Secretary Gavin Williamson came under fire last month for backing pardons for IRA terrorists as a price to end the witch-hunt of British troops.

He has since opened a unit within the Ministry of Defence to examine what legal protections soldiers can be given.

Yesterday, Sir Nick said he hoped people would not forget the important role that the British Army has played in Northern Ireland’s history.

He said: ‘What we must try to remind ourselves about this whole issue is actually what an extraordinarily amazing task the British Army did through 30 years in Northern Ireland.’