New health fears for Queen, 96, as her traditional welcome to Balmoral Castle ‘is axed and replaced with small, private event’

The Queen has ‘cancelled her traditional welcome to Balmoral Castle’ and will instead host a ‘small, private event’ amid growing concerns over her health.

The monarch, 96, arrived at the Aberdeenshire estate in late July and had been planning to attend the event up until just a few days ago.

But the event was yesterday cancelled and replaced with the smaller gathering, marking the first time, aside from the pandemic, that she will not take part in the small ceremony outside the Castle gates.

A royal source told The Mirror: ‘The traditional welcome to Balmoral is normally cemented in the Queen’s calendar and something Her Majesty really enjoys, being able to greet locals who travel to see her.

‘It’s a bitter disappointment the ceremony will not take place in its traditional form.’

Other sources said the alteration was ‘a sign of things to come’ amid Her Majesty’s episodic mobility problems.

But Buckingham Palace has played down concerns over her health, instead saying the private event was ‘in line with adapting Her Majesty’s schedule for her comfort’. 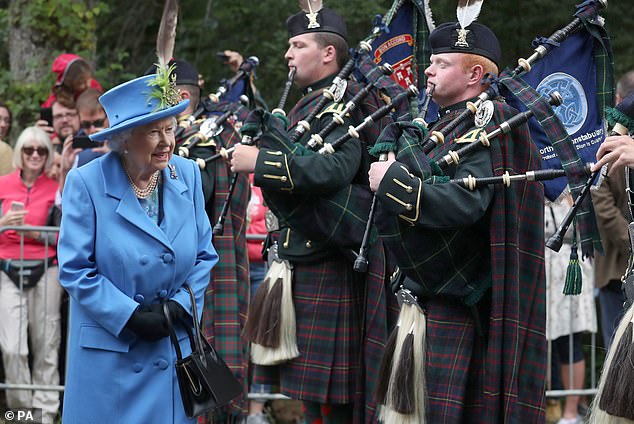 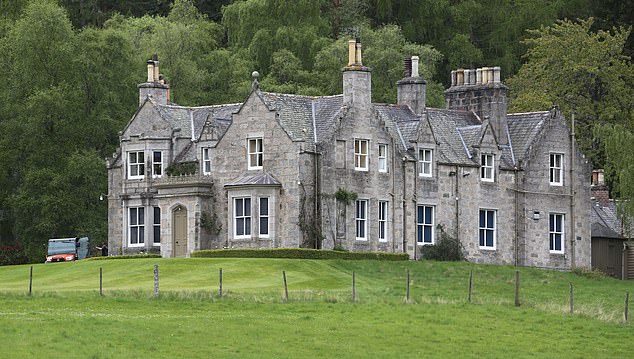 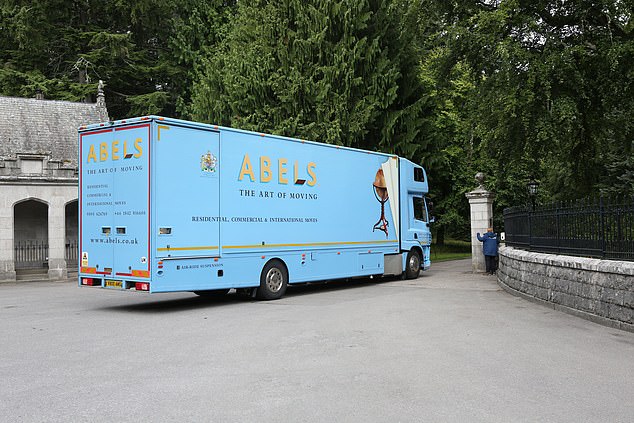 A furniture lorry arriving at Balmoral Castle on Saturday, having travelled from Windsor Castle

Last year, the Queen looked radiant in a pink ensemble as she inspected a Guard of Honour and met The Royal Regiment of Scotland’s Mascot, Shetland Pony Lance Corporal Cruachan IV.

The monarch typically remains at Balmoral until early October, with the ceremony formally marking the start of her stay.

But this year, she will attend a private event on lawns within the castle’s grounds.

The Queen will inspect troops as normal, but no television camera, photographers or reporters will be present at the event.

It comes as the monarch plans to interrupt her Scottish holiday to travel to England and invite her 15th Prime Minister to form a government, The Mail on Sunday understands.

Boris Johnson has announced he will step down on September 6, when he will formally tender his resignation to the Queen.

The Monarch will then ‘invite’ the winning Tory candidate to become Prime Minister and announce their name.

They are expected to meet the Queen to officially accept the invitation.

The Queen does not usually return from her Balmoral break until early October but is believed to have told aides she will make an exception this year and travel to London. 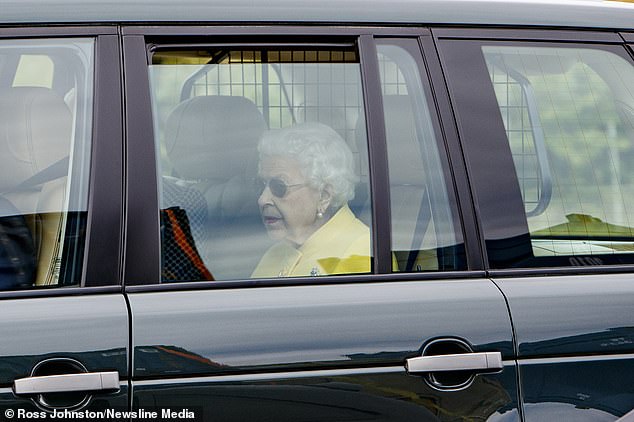 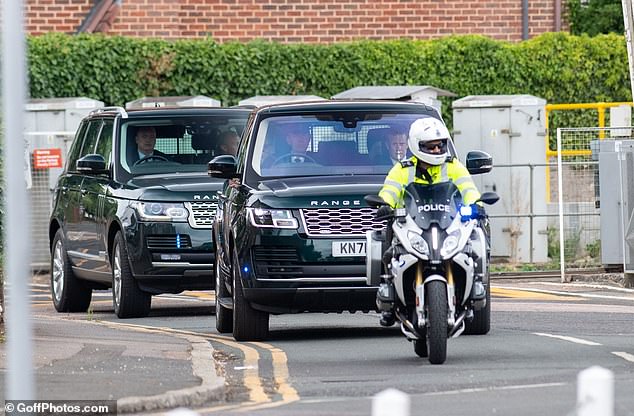 Two Range Rovers are escorted by a police motorcycle as the Queen left her Windsor home to travel to her estate in Aberdeenshire, Scotland, on July 21

A source said: ‘Her Majesty does not expect the new Prime Minister to travel to Scotland, so the plan is that the Queen will travel down to see them.

Balmoral is understood to be a favourite stay for Her Majesty, who welcomes her family to the castle throughout the summer months.

She has been staying at Craigowan Lodge since departing Windsor Castle for Scotland on July 21.

It comes after a lorry with furniture was pictured outside Balmoral on Saturday after bringing furniture from Windsor.

Balmoral has had a number of adaptations in recent years, including Craigowan Lodge being fitted with a wheelchair-friendly lift last year.

A new security gate, a state-of-the-art intercom system and a string of new CCTV cameras were also installed.