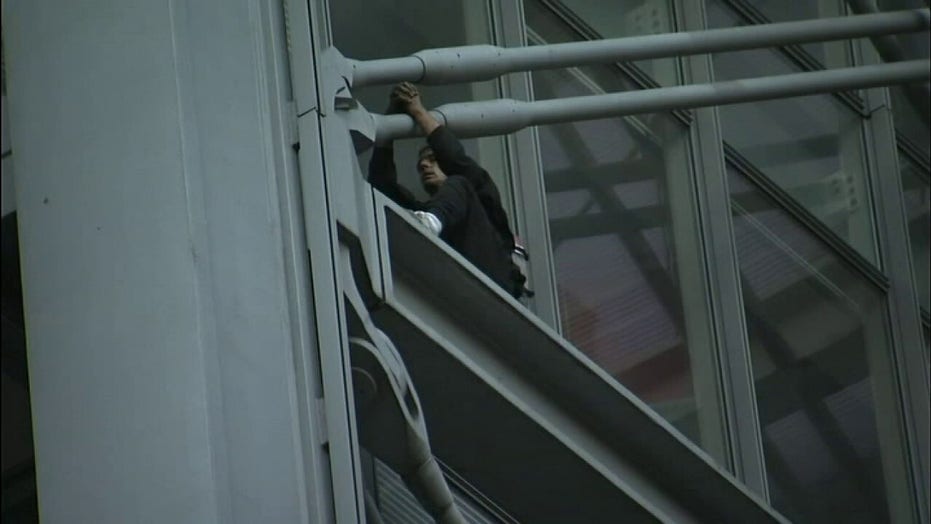 NEW YORK – The NYPD took a man into custody Thursday evening after he was seen climbing up the side of the New York Times building in Manhattan.

Video taken from street level shows the climber several stories up near one of the building’s corners.

The unidentified man made it up to the fifth floor, where the NYPD's emergency service unit pulled him in through a window and took him into custody, a moment recorded by several news cameras.

Times reporter Nick Corasaniti tweeted that people inside the building were alerted around 5:30 p.m. over the loudspeaker that someone was climbing the building.

A Twitter user also tweeted a picture of a man clinging to the crossbars on the building's exterior.

It’s not the first time someone has climbed the 52-story building, located on a busy stretch of Eighth Avenue in midtown. Three men tried it in the summer of 2008, the Times reported, including one who made it to the top to unfurl a banner protesting climate change.

The paper said its exterior was modified after those incidents to make it harder to climb. 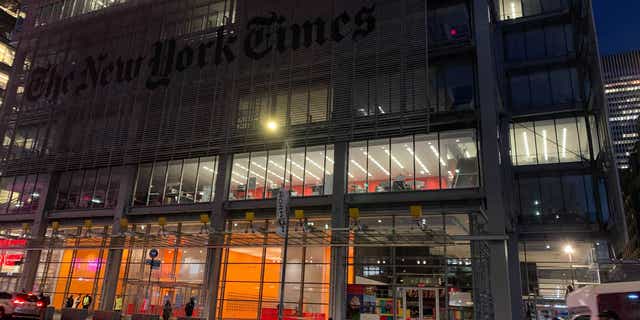 The scene outside the New York Times building Oct. 15 after the NYPD took a man seen climbing up the side of the midtown Manhattan building into custody.
(Melissa Gaffney)

Another man who tried the climb, in 2012 according to the newspaper, made it to the fifth floor, got stuck, and was rescued by police.