The Kiwi politician – who was praised globally for her handling of the tragic mass shooting by a white supremacist and again in her response to the coronavirus pandemic – won in what has been described as one of the biggest swings in New Zealand's electoral history in 80 years. 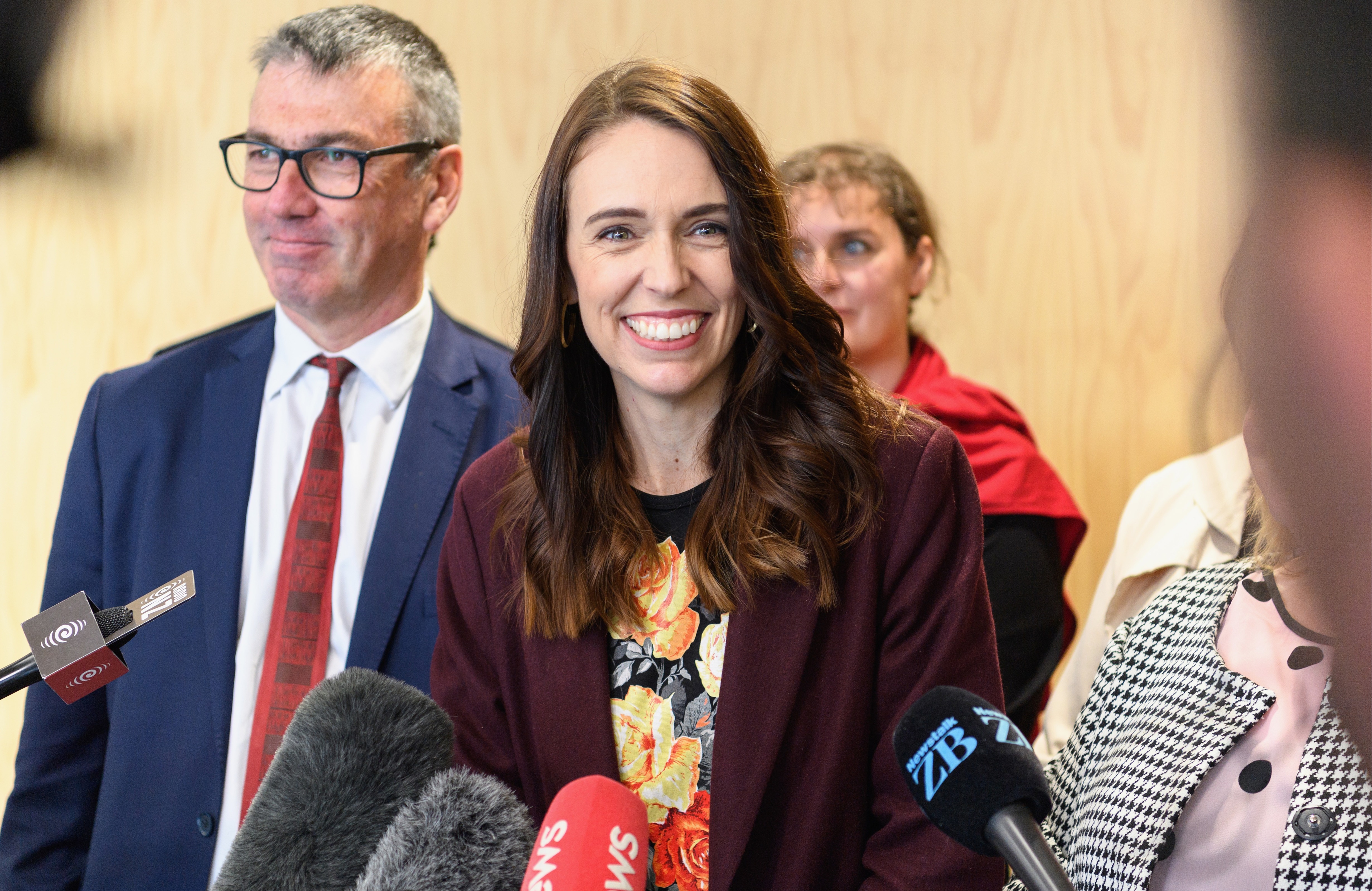 The mandate means Ardern, 40, could form the first single-party government in decades, and face the challenge of delivering on the progressive transformation she promised but failed to deliver in her first term, where Labour shared power with a nationalist party.

Speaking after the election win, Ms Ardern thanked her supporters and volunteers, adding: "Most importantly thank you to the many people who gave us their vote, who trusted us to continue with leading New Zealand's recovery.

"And to those amongst you who may not have supported Labour before – and the results tell me there were a few of you – to you I say thank you.

"We will not take your support for granted. And I can promise you we will be a party that governs for every New Zealander."

Ardern has already faced a string of challenges as Prime Minister of New Zealand – but has been applauded this year for her response to the coronavirus pandemic.

The country has recorded 25 deaths, with just over 1,883 cases with her government praised for imposing a lockdown early on to stop the spread of the virus.

New Zealand managed to remain 100 days without recording a new case of the bug however, there have been minor spikes.

The New Zealand election had been postponed after 69 infections were recorded.

Ms Ardern, who is the third female Prime Minister of New Zealand and the second elected head of government in history to give birth while in office, was also praised for her compassionate response to the horror mosque massacres in Christchurch.

Fifty people were killed in shootings at mosques in March last year – with the politician wearing a headscarf as she hugged families in emotional scenes. 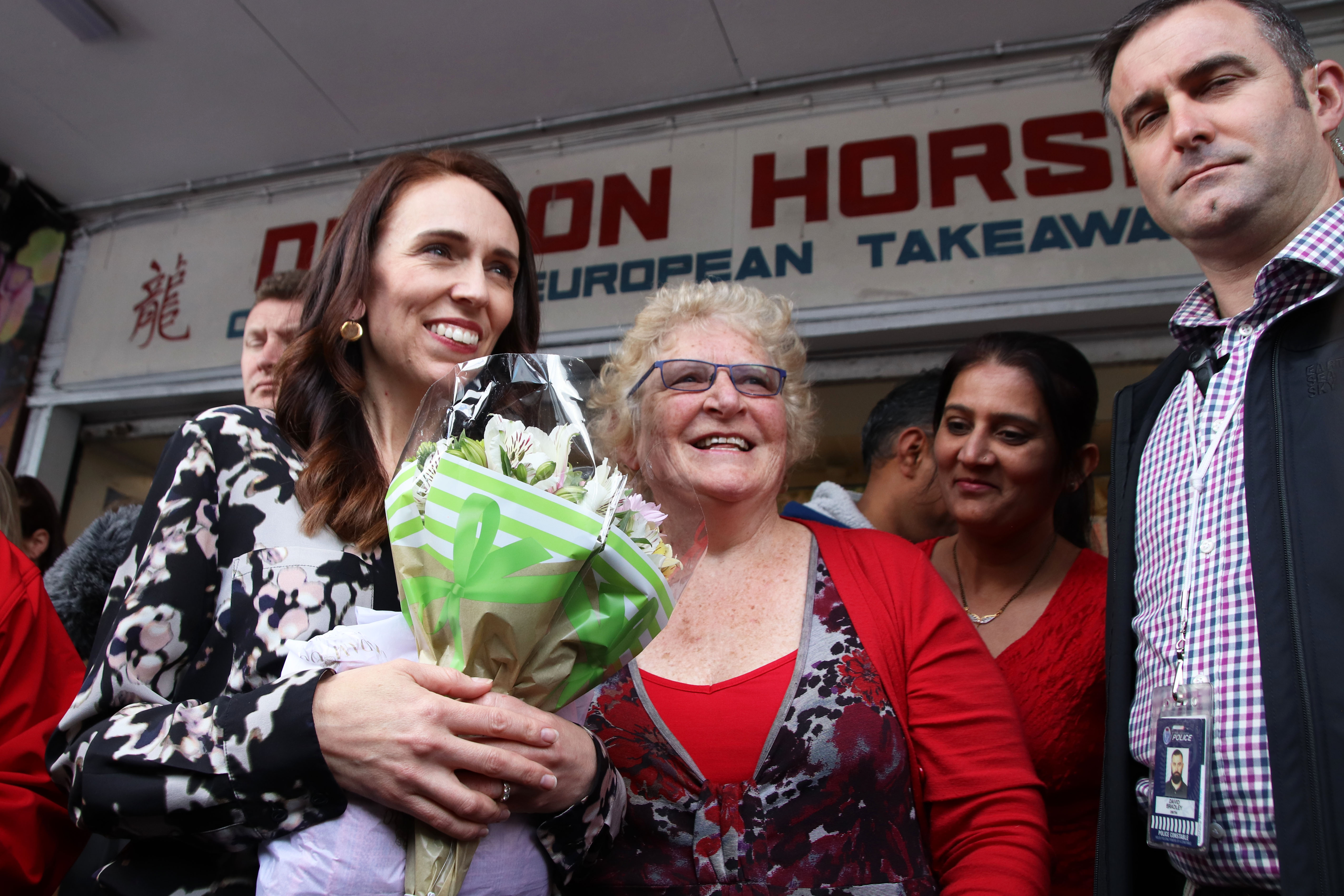 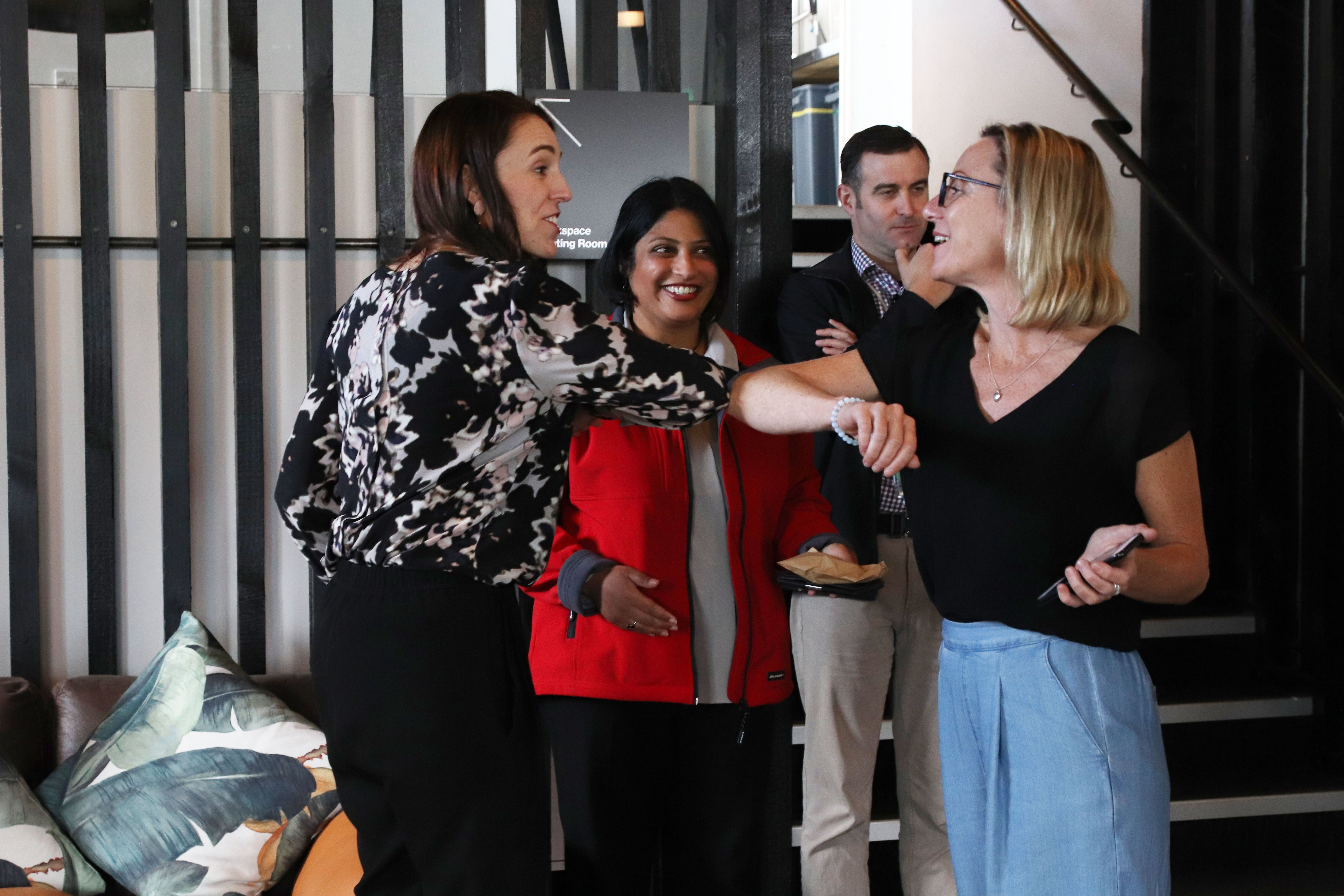 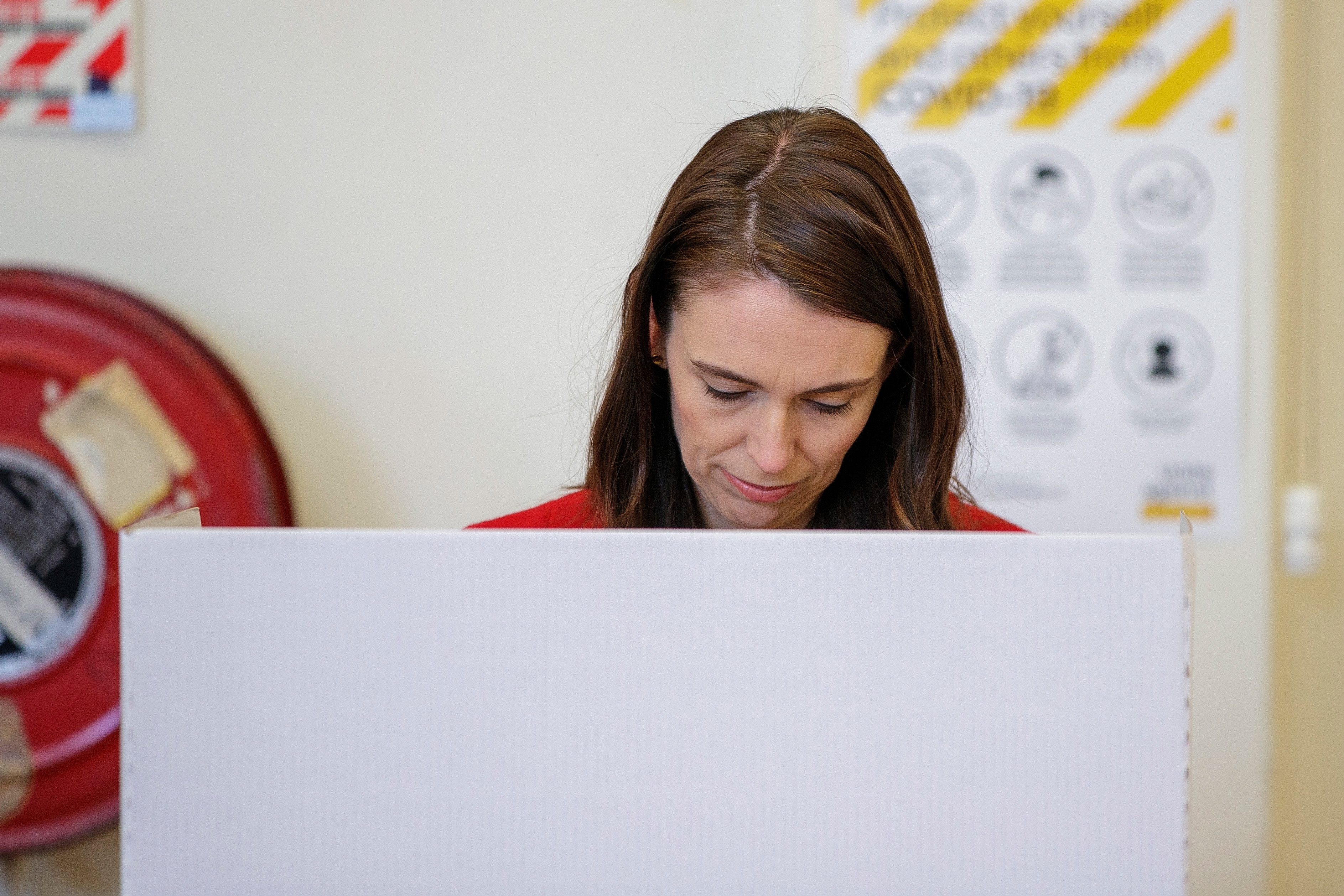 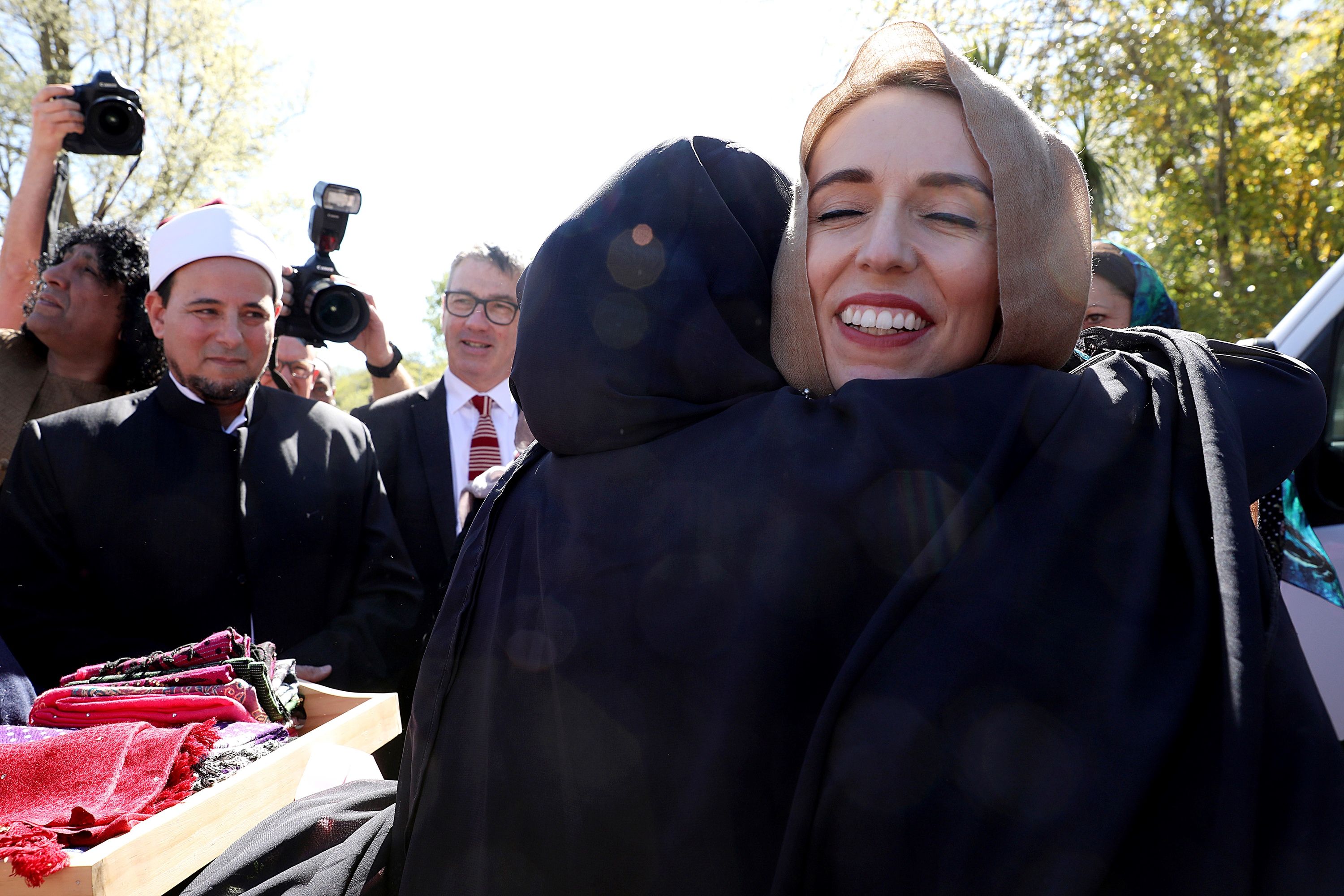 She vowed to never speak the name of the massacre gunman – instead sharing an inclusive "be strong, be kind" message.

And Ms Ardern's victory today has been marked as a "historic shift".

Labour was on track to win 64 of the 120 seats in the country's unicameral parliament, the highest by any party since New Zealand adopted a proportional voting system in 1996.

If Labour wins more than half the seats, Ardern could form the first single-party government under the current system after being out Judith Collins.

"This is a historic shift," said political commentator Bryce Edwards of Victoria University in Wellington, describing the vote as one of the biggest swings in New Zealand's electoral history in 80 years.

Labour had 49.0% of the votes, far ahead of National at 27%, the Electoral Commission said, with 77% of ballots counted in an election that was largely a referendum on Ardern's aggressive handling of COVID-19.

"People were very grateful and very happy with how weve handled COVID, they like the shape of the plan that weve got going forward from here for the economy," said Finance Minister Grant Robertson, a top Labour MP.

Of Ardern's current coalition partners, the nationalist New Zealand First Party had 2.6% and the Green Party 7.6%. If she is unable to form a Labour-only government, she is expected to continue to rely on the minor Greens while jettisoning New Zealand First.

A Labour-Green coalition would be the first fully left-leaning government since the 1970s, a scenario that National's Collins warned would mean more taxes and an environment hostile to business.

Ardern has pledged to raise taxes on top earners, while Collins promised short-term tax cuts, but they have otherwise shown few major differences on policy.