New Zealand PM spends £41,00 on a flight to spend more time with baby

New Zealand’s PM is criticised for spending £41,000 of taxpayers’ cash on a flight so she could spend more time with her baby

New Zealand’s Prime Minister has been slammed for forcing an air force Boeing 757 to make an extra trip to a meeting so she could spend more time with her baby.

Jacinda Ardern asked that the plane fly back from the Pacific Islands Forum on the island of Nauru to pick her up so she could minimise time away from her infant daughter – just a day after her deputy minster had flown the same route. 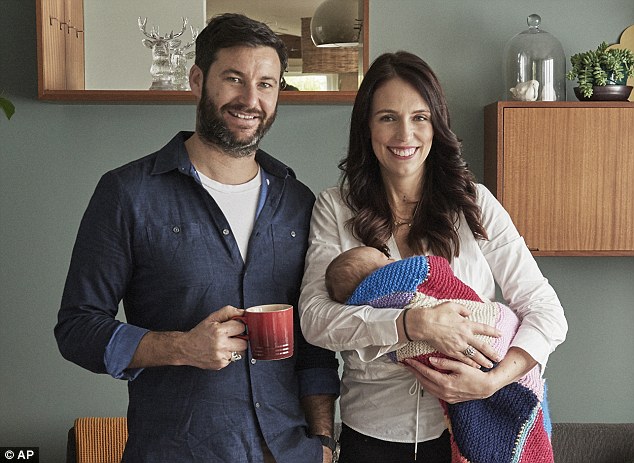 Ardern is still breastfeeding her 11-week-old daughter, Neve, who is too young to have the immunisations required to come on the trip.

The prime minister decided that while she could not miss the meeting, she also could not leave Neve for the full three days.

‘The other option was for me not to attend at all but, given the importance that we place on the relationships with the Pacific Islands in the reset, that equally didn’t feel like an option,’ Ardern said in defence of her decision.

‘When weighing up the logistics I asked officials to check the extra costs I would be imposing on the Crown if I were travelling separately.

‘On balance I decided it was worth me travelling for the full day on the Wednesday to fulfil my obligations as prime minister.’

The finance minister, Grant Robertson, said there was a special budget allocated for such trips: ‘So actually there is no additional money at all being spent there, it’s simply making use of that 757.’ 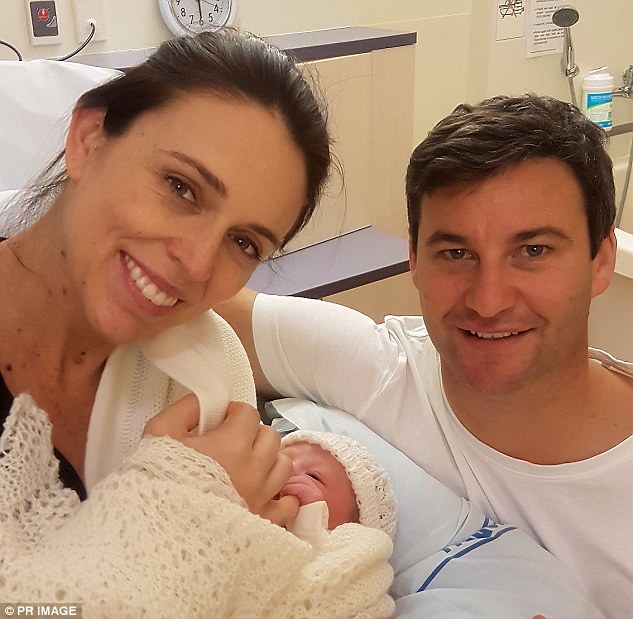 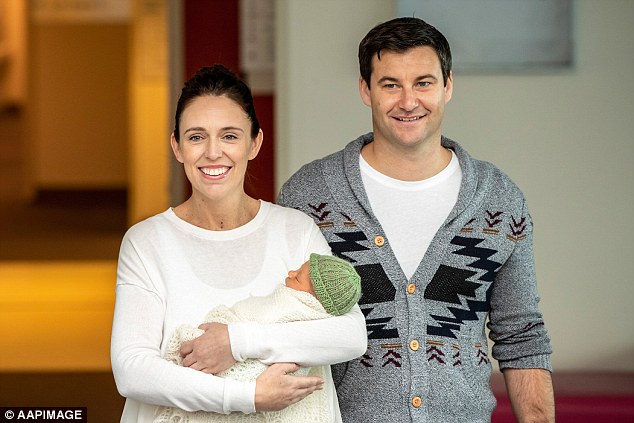 The 38-year-old Labour leader, who is returning to work six weeks after the birth of her baby girl Neve, said both duties were weighing on her mind

Ardern has previously admitted she is torn between running a country and being a new mother.

‘I have a huge weight of responsibility,’ she told Sky News.

‘I’ve been elected to be prime minister: I need to make sure I fulfill the roles and functions that I have but I’m also desperate to prove to my family that I won’t let them down.’

The New Zealand PM was the first world leader to have a baby in office since January 1990 when Benazir Bhutto gave birth to a girl Bakhtawar as the prime minister of Pakistan.

Ms Ardern announced the birth of her first child, weighing 3.31kg, on Instagram.