The NHS is preparing to stockpile medicine in case of a no deal Brexit, health service boss admits

The NHS is preparing to stockpile medicines and equipment to ensure hospitals can function after a no deal Brexit, the health service chief admitted today.

Simon Stevens said there was ‘immediate planning’ around the Department for Health and in hospitals about ‘securing medical supply’ under different scenarios.

The health service chief executive said making sure there was enough medicine was ‘top of the list’ of contingency planning.

Mr Stevens said plans would be implemented once the state of the deal ‘crystallised’ in the autumn. 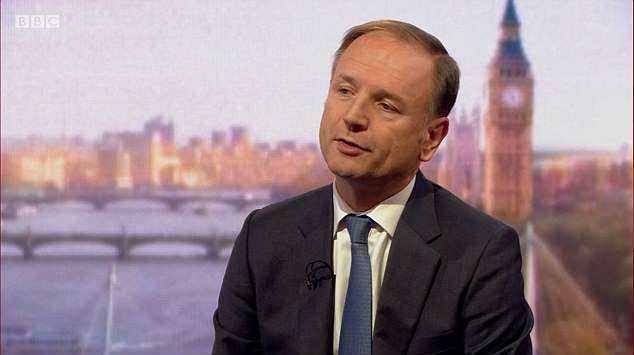 The NHS is preparing to stockpile medicines and equipment to ensure hospitals can function after a no deal Brexit, the health service chief executive Simon Stevens (pictured on Maeer today) has admitted 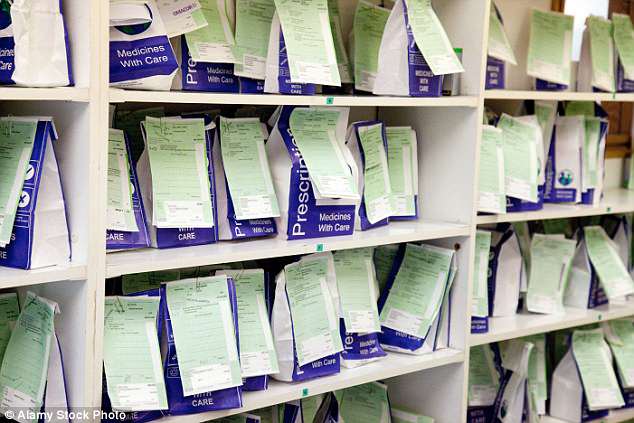 It emerged last month there are secret plans in Whitehall for what happens if no contingencies are made for a sudden no deal Brexit.

The plans suggest that with no replacement for EU medical agencies, hospitals could run out of drugs and other supplies within weeks.

Mr Stevens told the BBC’s Andrew Marr today hospitals would be ready for whatever situation emerges this autumn.

He said: ‘There is immediate planning which the Health Department along with other departments are undertaking around securing medicine supply and equipment under different scenarios.

‘And that will obviously crystallise when it’s clear later this autumn what the UK’s position will be.’ 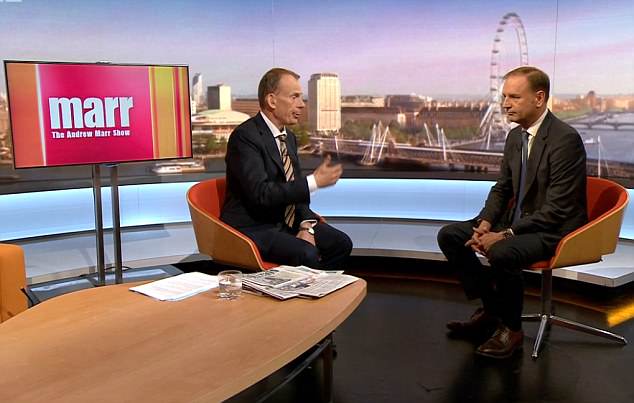 Some 37 million patient packs of medicines are imported to the UK from the EU every month.

Mr Stevens continued: ‘There is now significant planning going on around all the scenarios including these medicine supply scenarios.

‘I think nobody’s in any doubt whatsoever that top of the list in terms of continuing supplies for all the things we need in this country, right at the top of the list will be those medical supplies.

‘There’s extensive work underway between the department of Health, other parts of Government, the life sciences industry, the pharma companies, so nobody’s pretending this is a desirable situation, but if that’s where we get to it will not have been unforseen.’

In a separate interview with Marr, Mr Brokenshire said the government was preparing for ‘all eventualities’. 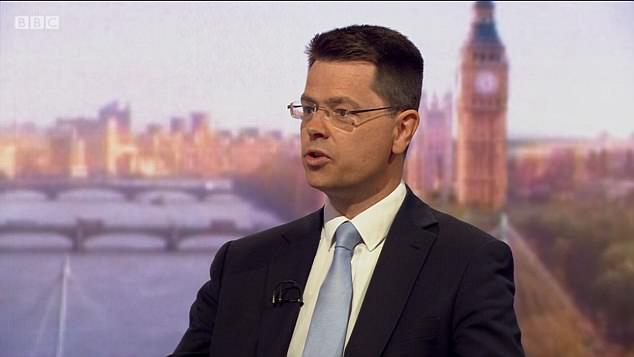 ‘We don’t want to see a no deal and I believe that is an option that can be very firmly avoided, which is why Friday matters, and getting into those negotiations and getting what we all want, which is that positive deal for the EU, for ourselves and ensuring we have that stability into the future,’ he added.

Tory infighting over Brexit is due to come to a head this week as Mrs May takes her Cabinet to Chequers to try and finalise Britain’s demands to Brussels.

Friday’s ‘sleepover’ at the PM’s country retreat is supposed to finalise a White Paper on Brexit, spelling out policy goals on trade and customs.

Among the contenders seen as fighting for advantage is Environment Secretary Michael Gove.

It emerged today Mr Gove made a show of ripping up papers on future customs options in anger after his concerns about the proposals were downplayed.