NHS workers are 'cross-infecting everybody' due to inadequate gear

NHS workers shouldn’t be able to shop alongside elderly in special hours because they are ‘cross-infecting everybody’ due to inadequate personal protection, senior heart doctor warns

Supermarkets have been warned against inadvertently accelerating the spread of coronavirus in the elderly population by allowing potentially infected NHS workers to mix with them in reduced opening times.

Many big stores have launched a so-called ‘silver hour’ where pensioners can shop in restocked aisles to avoid them falling victim to panic-buying.

Frontline health staff have now also been allowed in at these times after a string of viral videos showed exhausted medics returning from work to find empty shelves.

But a doctor has pointed out the scheme lumps together those most vulnerable to the disease with those most likely to be infected by it.

Lisa Anderson, a consultant cardiologist at St George’s Hospital in London, said that NHS workers were not being given the appropriate protective gear to fend off contamination.

She this morning told BBC Radio 4: ‘This is not just about the risk to ourselves and our families. We are travelling home on the Tube, on buses,’ she told the BBC Radio 4 Today programme.

‘Sainsbury’s this morning has announced that they are opening up the early hours to the frail, elderly and NHS workers. We are cross-infecting everybody at the moment.’ 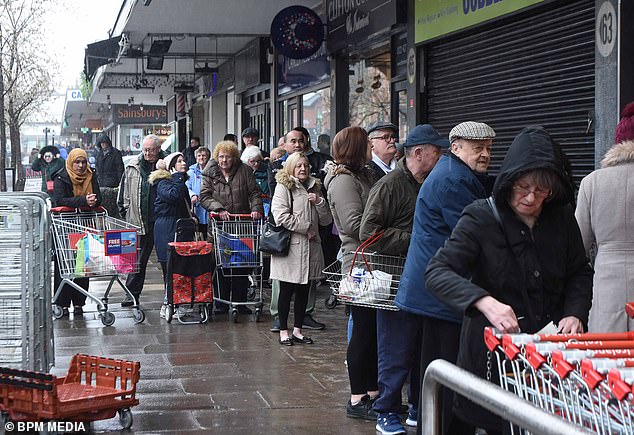 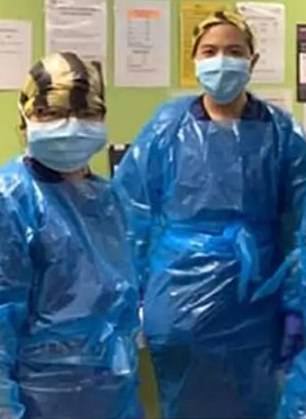 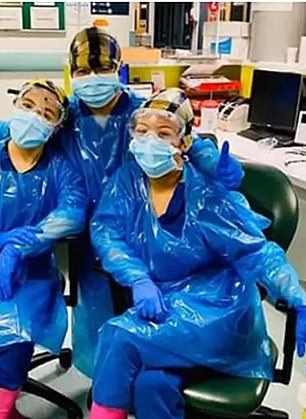 The government has been accused of lowering the standards of required protective gear so they no longer matched World Health Organisation recommendations, which require medics to wear a full gown and visor (nurses at Northwick Park hospital pictured) 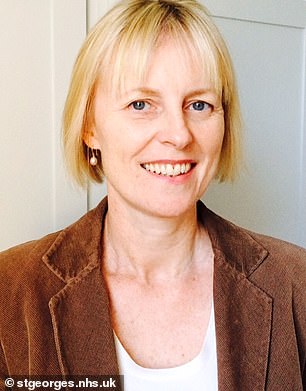 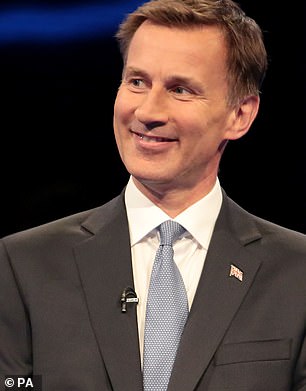 Lisa Anderson, a consultant cardiologist at St George’s Hospital in London, said that NHS workers were not being given the appropriate protective gear to fend off contamination. Former health secretary Jeremy Hunt lined up behind Ms Anderson and called on the government to ‘sort this out’

Ms Anderson criticised the government for lowering the standards of required protective gear so they no longer matched World Health Organisation recommendations, which require medics to wear a full gown and visor.

She said that since Monday, staff in the NHS only had to wear a simple face mask, short gloves and a pinafore apron other than when they were fitting ventilators.

In a damning account of hospital morale, she also said that ‘doctors have no faith in what is going on’.

The cardiologist said: ‘There is a lack of protection for us which extends to a lack of plan of how to segregate patients clean and dirty, how to protect us and keep us away from the public. Doctors have no faith in what is going on.’

She added: ‘Whole wards of infected patients are being treated without protection…

Staff are working 12 hours in bays of patients coughing all over them and then they’re wearing the same uniform all around the hospital, and then back on the Tube, we’re walking out, we’re going to Pret, we’re going to Sainsbury’s with the elderly… this is a situation that can’t continue.’

Former health secretary Jeremy Hunt lined up behind Ms Anderson and called on the government to ‘sort this out’.

He said: ‘We are asking people to put their own lives at risk on the NHS front line.

‘It is absolutely heart-breaking when NHS front-line professionals don’t have the equipment that they need.

‘I think the Government has done a lot in the last week. I think they have unblocked the supply chains, but there is this question about whether it is the right equipment.’

Sainsburys is following other supermarket chains and introducing a golden shopping hour for NHS and social care workers.

From next week health and care staff will be able to shop at Sainsburys between 8am and 9am every Monday, Wednesday and Friday, alongside elderly and vulnerable shoppers. 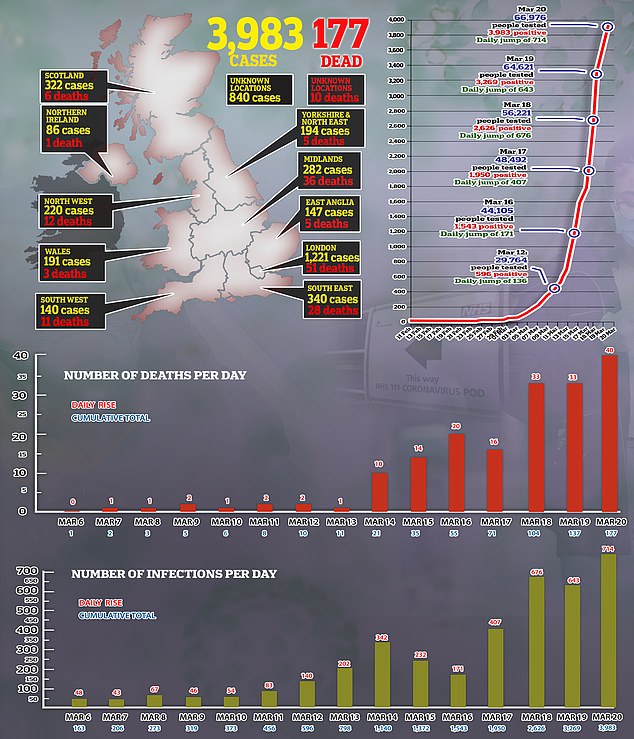 It comes after critical care nurse Dawn Bilbrough, from York, made a heartfelt plea for shoppers to stop stockpiling, in a video which circulated on social media on Thursday.

In the video, she is seen crying after visiting a supermarket following a 48-hour hospital shift to find there were no fruit or vegetables.

As thousands of customers stockpiled on products in a panic-buying frenzy, many were left facing empty shelves at the supermarkets.

Sainsbury’s is also consolidating its opening hours from 8am to 8pm, Monday to Saturday, in order to be able focus on restocking shelves.