Nicola Sturgeon faces more sexual harassment cover-up claims: SNP leader admits being aware of ‘a concern’ over allegations about MP before complaint was made

Scottish First Minister Nicola Sturgeon today confirmed she was aware of concerns about SNP chief whip Patrick Grady before a formal sexual harassment complaint was made about him.

The Glasgow North MP stood aside as chief whip in Westminster last week following claims he groped two male researchers at an SNP Christmas party in 2016.

Further allegations have also emerged about claims that Mr Grady, 41, ‘inappropriately’ touched an SNP staff member, then aged 19, in a London pub.

Reports suggested that former First Minster Alex Salmond had warned Ms Sturgeon about allegations against Mr Grady on April 2, 2018 – when he disclosed details of the sexual harassment investigation into himself.

Speaking at the Scottish Government’s coronavirus briefing, the SNP leader today confirmed that a formal complaint had been received but refused to elaborate on how long she has known about the allegations.

Asked when and where she first learned of the claims against Mr Grady, Ms Sturgeon said: ‘I would have had an awareness previously of a concern, but not a formal complaint. I’m not going to say more than that because due process requires that an investigation is allowed to take its course.’

The revelation has fuelled further claims that senior figures within the SNP ‘protected’ the Glasgow North MP from being investigated.

Scottish Conservative MSP Annie Wells said: ‘This bombshell confession raise further serious concerns about Nicola Sturgeon’s morals and her judgment. She admits knowing of concerns about this senior SNP MP yet did nothing about it. 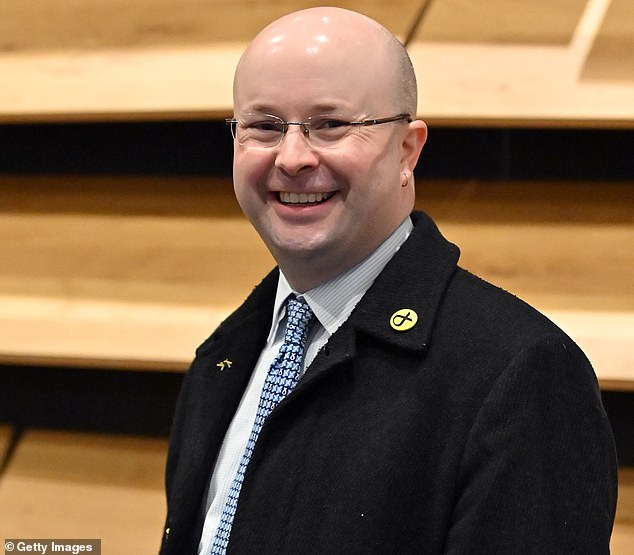 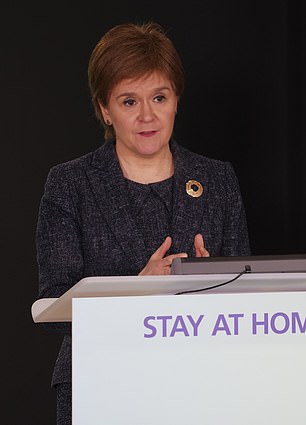 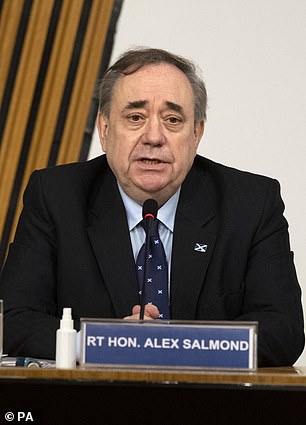 Patrick Grady moves in the shadowy world of the whips who keep order among a party’s MPs.

The 41-year-old is best known for suggesting that ex-Speaker John Bercow, who was accused of having pro-Remain sympathies, should have a room in Parliament names after him for his efforts to avert Brexit.

He led calls in September 2019 for the creation of a ‘Bercow Room’ at Parliament – after the outgoing Speaker twisted Commons rules to help a rebellion against Brexit.

They suggested it would be a fitting tribute to to mark his ‘reforming’ legacy, having championed backbenchers in holding the government to account.

However, he was also been deeply embroiled in controversy over his expenses, temper and handling of Brexit. He was accused of repeatedly bending procedures to ensure that Remainers could derail the government’s policy, taking control of Commons business to pass legislation effectively ruling out No Deal.

In a gushing tribute to Mr Bercow in the Commons, Mr Grady said: ‘You have been a reforming Speaker… and much of the restoration and renewal will be about securing the legacy of some of those reforms in terms of making this place much more family friendly and much more accessible.

‘Perhaps in the tradition of the rooms in Portcullis House, there will in the restored and renewed Parliament be a Bercow Room in which people can reflect on that legacy.’

Patrick Grady was born in Edinburgh and raised in Inverness, but has lived in Glasgow since moving there as a student.

He joined the SNP as a 17-year-old in 1997 and was elected as MP for Glasgow North in 2015. Prior to that he was national secretary of the party for four tears.

He has been a spokesman for international development and was appointed chief whip in 2017.

‘Not only did she keep a lid on it, but she actively campaigned for Patrick Grady and then reappointed him to the post of chief whip.

‘Every passing day brings new headlines of SNP sleaze. They’re rotten to the core and voters are beginning to see it.

‘This latest revelation fuels the perception that some SNP politicians enjoy the protection of Sturgeon and her husband, Peter Murrell, the party’s chief executive.

‘If she thinks she can fob people off with the excuse that there was no formal complaint, she is mistaken. That just does not wash in today’s world.

‘A blind eye was turned, and we need to know exactly what Sturgeon and Murrell knew and when.’

Letters obtained by the Herald newspaper detail concerns about Mr Grady’s behaviour at the SNP Christmas party on December 15, 2016 at the Phoenix Artist Club in London’s West End.

It is alleged Mr Grady groped two male researchers at the cabaret establishment.

It is reported that letters of complaint were passed to the SNP’s compliance unit in 2017 and 2018, saying ‘staff are scared to come forward because he is protected by the party’.

Separately, Mr Grady has been accused of sexually harassing a then 19-year-old man in The Water Poet pub in Spitalfields in East London.

The Daily Record reported that the complainant in the Water Poet case had originally decided not to report it.

But after a third party raised it in 2017 he was called into a meeting with the SNP’s Westminster leader Ian Blackford and Mr Grady, and ‘ambushed’ into accepting an apology. It is understood the party denies this claim.

The Daily Record reported that the staff member involved in the allegation also claims a complaint he made about being sexually harassed by a female SNP MP in the Commons’ Strangers Bar in 2020 was ignored by Mr Grady.

He is reported as saying: ‘I went to work the next morning and the very first thing I did was walk to Patrick’s office and I told him about the situation. He acknowledged that and said, ‘okay’ and that was the last I ever heard of it.’

An SNP spokesman previously confirmed a complaint had been made but said the party would not comment further while the investigation was carried out.

The lurid new allegations come as the party struggles to shake off the effects of a public battle with former leader Mr Salmond over its handling of allegations against him.

In his closing speech to the Scottish Conservatives’ virtual spring conference today, party leader Douglas Ross claimed the SNP’s ‘latent ugliness’ was now evident in the form of sleaze, scandals and secrecy.

The country was suffering under a ‘rotten, festering SNP Government’ which now wanted a wildcat referendum that could encourage ‘disorder and anarchy’, the Moray MP said.

He even read out a ‘roll call of shame’ of MSPs, MPs and party officials involved in sexual scandals and the Salmond affair.

‘The SNP have become the very thing they sought to destroy. They are the morally bankrupt Scottish Labour party they once rebelled against,’ Mr Ross said.

‘They are knee-deep in the same sort of scandals that saw Labour lose votes in every Scottish Parliament election since 1999.’

Scottish Conservative MSP for Glasgow, Annie Wells previously said: ‘The SNP’s chief whip faces serious allegations, and it now appears these are finally being taken seriously by the party.

The row comes at an already difficult time for Ms Sturgeon’s party, with two polls finding Scots would reject independence in a referendum.

A majority said they backed the union in separate surveys after a long run of results suggesting separatists would win a new vote north of the border.

Savanta Comres research for Scotland on Sunday gave a 52-48 per cent margin for ‘no’, excluding those who said they were not sure.

Meanwhile, a Panelbase poll for the Sunday Times gave a 51-49 per cent split, and suggested just a third believe she has been entirely honest about in the spat with Mr Salmond.

Capitalising on the findings, Mr Ross today told his party that the SNP’s plans would be ‘nothing short of total recklessness, throwing livelihoods into deeper and longer uncertainty’, potentially including a ‘a wildcat referendum and a Catalan-style constitutional clash with the UK Government’.

‘We in the Scottish Conservatives will play no part in an illegal vote. It would encourage disorder, anarchy, chaos. And yet it is now SNP policy,’ he added.

The polls will cause fresh panic in the SNP, and are a boost for the unionist cause after growing alarm about Ms Sturgeon’s drive to break up the UK.