Niger: Over a dozen soldiers killed in ambush near Mali border At least 17 soldiers killed and 11 more missing near the Malian border, according to government spokesperson. 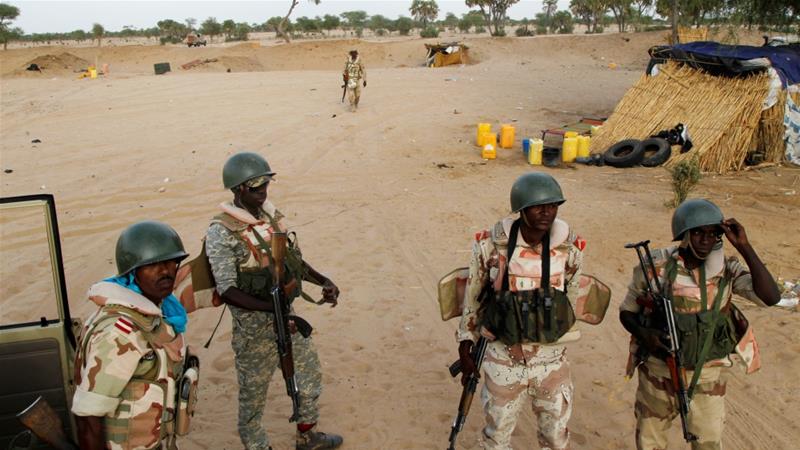 Gunmen have killed at least 17 Nigerien troops in an ambush near the Malian border, where several armed groups are active, with another 11 soldiers missing.

Tuesday’s attack took place near the town of Tongo Tongo, where fighters from an Islamic State of Iraq and the Levant (ISIL) affiliate killed four US special forces and four Nigerien soldiers in an ambush in October 2017, government spokesperson Abdourahamane Zakaria told Reuters news agency on Wednesday

Zakaria did not identify the perpetrators of the attack, which is one of the deadliest against the military in Niger’s recent years.

Fighters, including affiliates of al-Qaeda and ISIL, have stepped up attacks on military and civilian targets across West Africa’s Sahel region this year.

The border areas, where Niger, Burkina Faso and Mali meet, are especially dangerous and violence is worsening across the region.

Gunmen killed at least 10 in apparently sectarian attacks on churches in neighbouring Burkina Faso this week.

Niger also faces a threat in its southeast from Boko Haram and a splinter group affiliated with ISIL, which are both based in Nigeria but frequently strike in neighbouring Niger, Chad and Cameroon.