Latest charges against Ghosn, who denies any wrongdoing, relate to investment losses, payments to Saudi businessman. 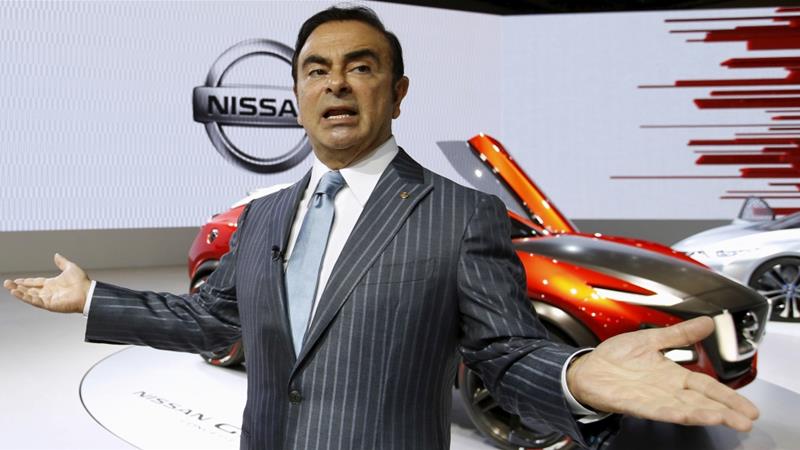 Prosecutors in Japan have indicted former Nissan Motor Chairman Carlos Ghosn on two new charges of financial misconduct, hours before his latest detention period was due to expire.

The 64-year-old was charged on Friday with aggravated breach of trust for temporarily transferring personal investment losses to Nissan in 2008 and for understating his compensation for three fiscal years through March 2018, according to the Tokyo District Court.

His associate, Greg Kelly, another Nissan executive and the carmaker as a legal entity were also charged in relation to the underreporting of income.

Ghosn had already been held in detention after being charged in November with under-reporting his income for the five years up to 2015.

The Brazilian-born Frenchman, who is credited with reviving Nissan and remains the chairman of its alliance partner Renault, told a court this week he was innocent of the charges against him.

Ghosn’s lawyers asked for the court hearing, his first public appearance, to press for bail saying it was not necessary to keep the tycoon in detention but the request was rejected.

His lawyer said on Friday that he would make another request for bail.

The allegations relating to criminal breach of trust centre on Ghosn’s handling of investment losses and payments made to a Saudi businessperson.

Visits and questioning of the once high-flying industry titan were postponed after Ghosn developed a fever on Wednesday evening.

Only embassy officials and Ghosn’s lawyers are allowed to visit him.