LONDON (Reuters) – Prime Minister Theresa May on Tuesday offered lawmakers the chance to vote in just over two weeks time on whether to delay Brexit or go for a potentially disorderly no-deal exit from the European Union if her attempt to ratify a divorce deal fails.

Opening up the possibility of taking a no-deal off the table marks one of the biggest turning points in the United Kingdom’s labyrinthine Brexit crisis since the shock 2016 referendum vote to leave the EU.

After the British parliament voted 432-202 against her divorce deal in January, the worst defeat for a government in modern British history, May has repeatedly tried to use the threat of a potentially disorderly no-deal Brexit to get concessions out of the EU.

But British lawmakers worried that May risks thrusting the world’s fifth largest economy into an economic crisis have threatened to usurp control of Brexit from the government in a series of votes on Wednesday.

Speaking to parliament on Tuesday, May said that if she had failed to get approval of her deal by March 12 then lawmakers would be given a vote on March 13 on leaving without a deal.

If they rejected that option, then lawmakers would have a vote on March 14 on a motion requesting a “short, limited extension” Brexit delay.

“The United Kingdom will only leave without a deal on March 29 if there is explicit consent in the House for that outcome,” May said. “An extension cannot take no deal off the table.”

“I believe that if we have to, we will ultimately make a success of a no deal,” May said. “Let me be clear – I do not want to see Article 50 extended. Our absolute focus should be on working to get a deal and leaving on the 29th of March.”

May said any extension, not beyond the end of June, would almost certainly have to be a one off and that her government must honor the decision to leave the EU because the credibility of British democracy was at stake.

Earlier, The Sun and Daily Mail newspapers reported that May would formally rule out a no-deal Brexit, opening the door to a delay of weeks or months to the March 29 exit date. Reuters reported on Monday that May’s government was looking at different options, including a possible delay.

Sterling, which has lost about 20 cents against the dollar since the 2016 Brexit referendum, rallied on reports May would rule out a no-deal Brexit but fell back to $1.3191 after May’s statement.

“She seems to be giving us a date for a new cliff edge,” said veteran pro-European Conservative lawmaker Kenneth Clarke.

A delay would increase the chances of a reversal of Brexit, especially as the opposition Labour Party is tilting towards supporting another referendum, though much would depend on the extent of the delay. 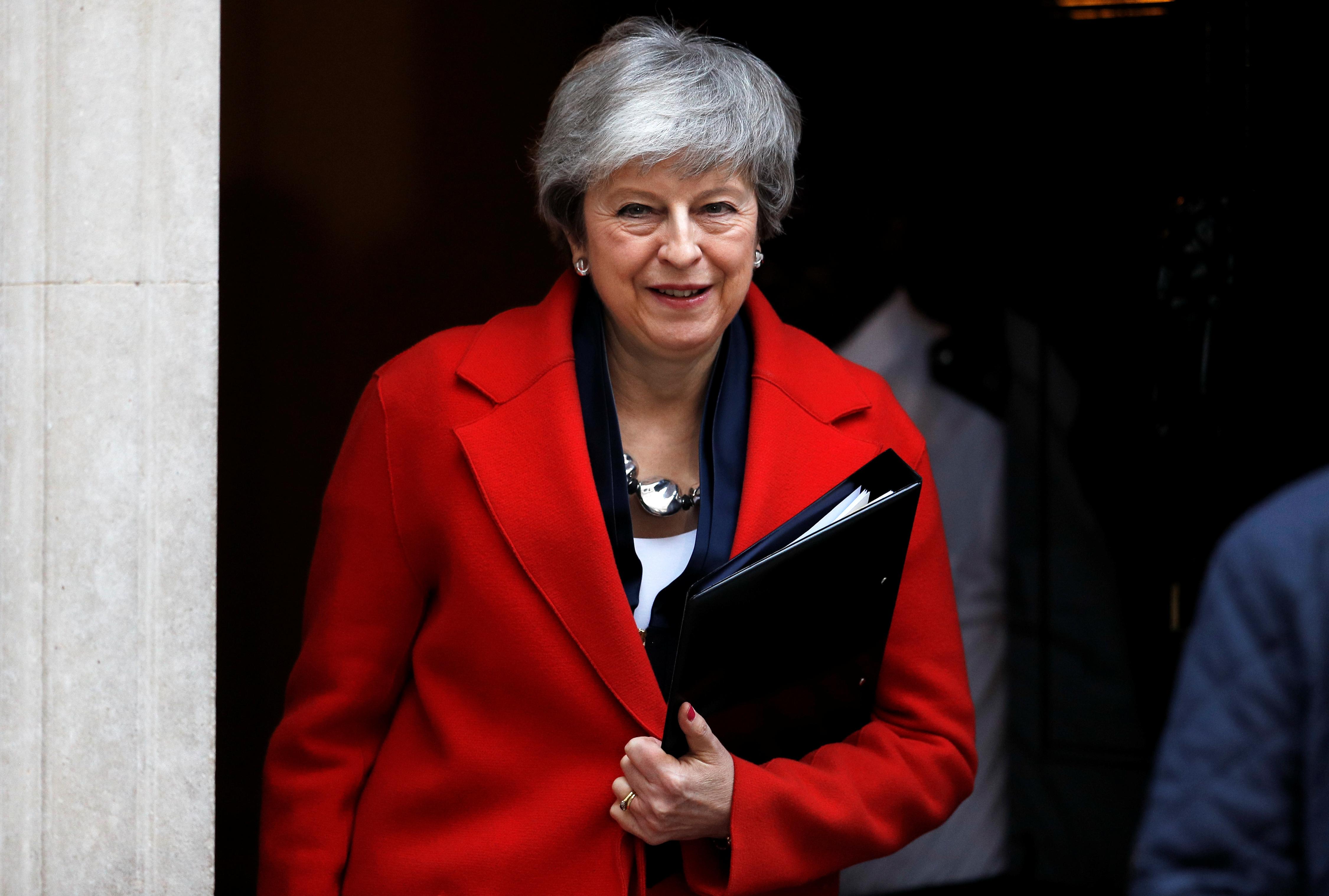 While businesses have increasingly warned of the risk of a chaotic EU exit and its impact on trade and investment, any delay would be anathema to pro-Brexit members of May’s Conservative Party.

Both of Britain’s main parties are under intense pressure to change course on Brexit, though both are officially committed to implementing the result of the referendum.

Opposition Labour leader Jeremy Corbyn said on Tuesday that even if May got her Brexit deal approved by parliament then it should be put to a “confirmatory” public vote.

“The prime minister’s botched deal provides no certainty or guarantees for the future and was comprehensively rejected by this House,” Corbyn told parliament.

Corbyn said May was running down the clock in a “grotesquely reckless” way. “This is not dithering, it’s a deliberate strategy to run down the clock.”

But the tilt towards another referendum raises problems for Labour, many of whose traditional voters supported leaving the EU.

The 2016 referendum, in which 17.4 million voters backed leaving and 16.1 million backed staying, showed a country divided about much more than the EU, and has fueled soul-searching about everything from secession and immigration to capitalism and modern Britishness.

The crisis has left allies and investors puzzled by a country that was for decades touted as a confident pillar of Western economic and political stability. 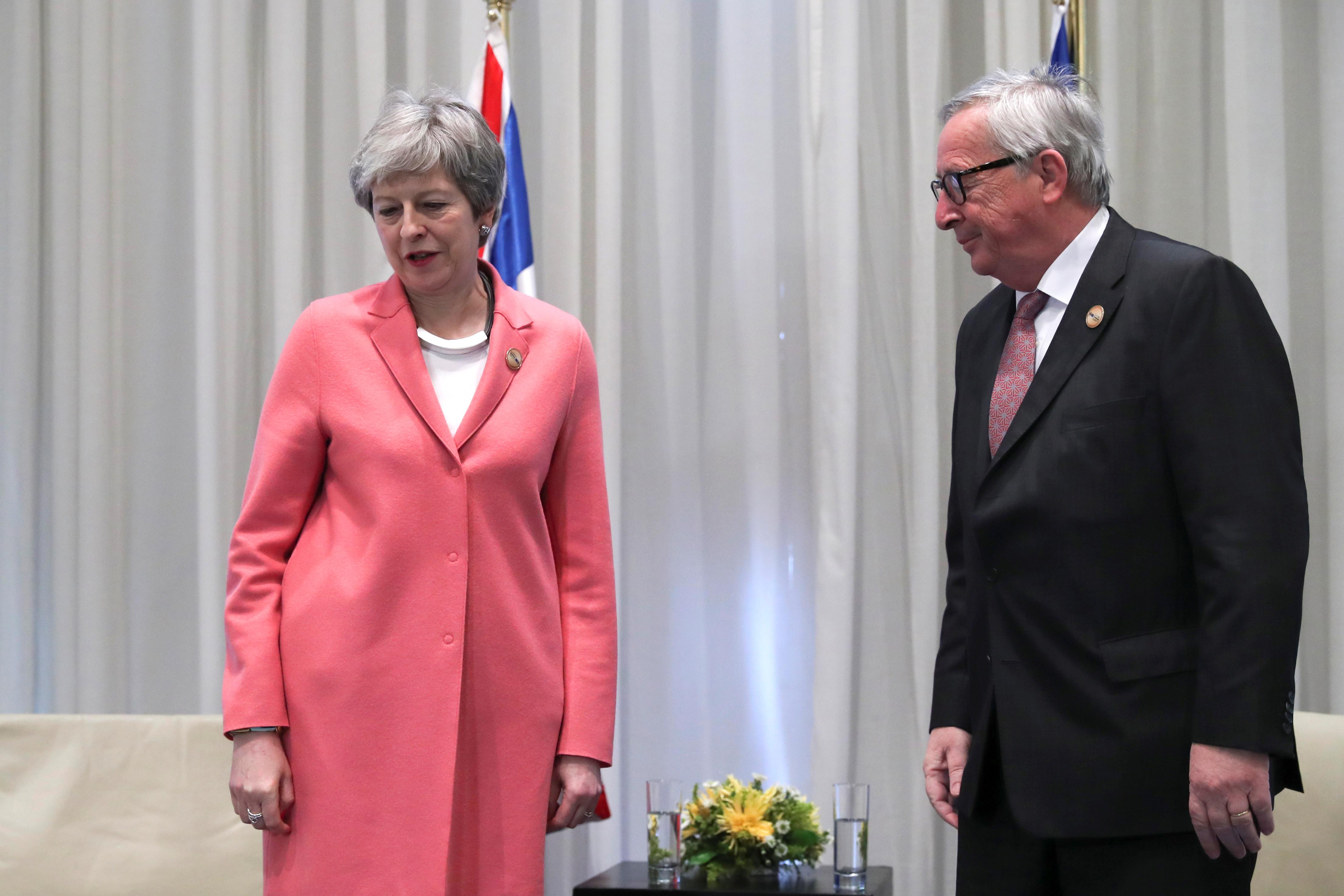 With just a month to go until Brexit, the ultimate outcome is unclear with scenarios ranging from a last-minute deal to another referendum that May has warned would reopen the divisions of the referendum or even scupper Brexit.

May is trying to negotiate changes to the exit deal she agreed with the EU last year and had promised to bring it back for approval in parliament by March 12 at the latest.