North Korea has the largest number of SLAVES in the world

North Korea has the largest number of SLAVES in the world, with one in ten people subjected to forced labour – including children

One out of every 10 North Korean citizens are forced into slavery at some point in their lives, a report found today.

The oppression of 2.6 million subjects in the regime includes the abuse of schoolchildren who are coerced into exhausting manual work from a young age.

The Global Slavery Index, which conducted a worldwide investigation into human slavery and forced marriage, found that child labour is an integral part of North Korean society.

Pupils of primary school age are ordered to carry out arduous manual labour for two-month stints. 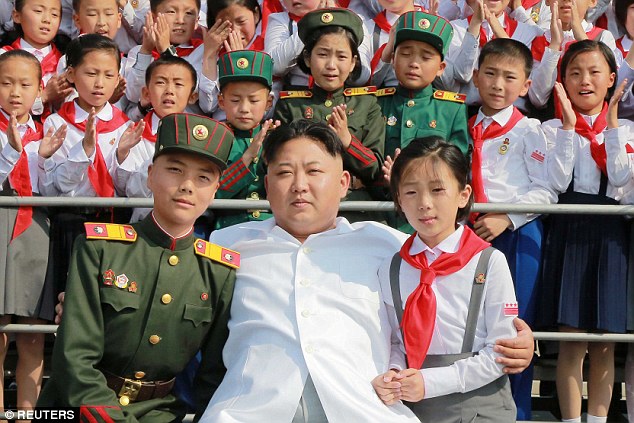 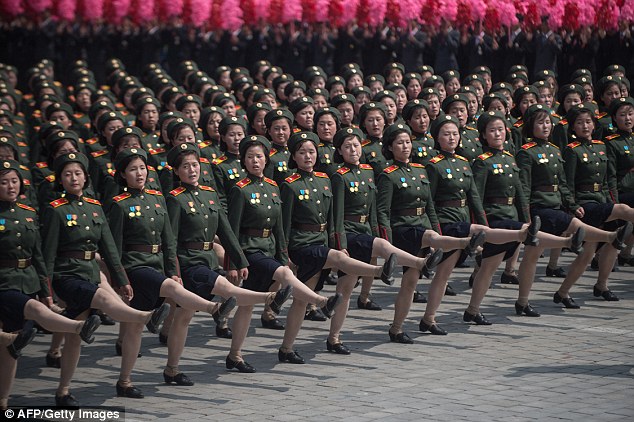 The GSI interviewed 50 defectors from the regime and all but one described servitude either as children or adults, or in some cases both (pictured: soldiers marching on Kim Il-Sung square during a military parade in 2017)

Some are sent to farmers to plant crops and pick fruits, while others are told to collect coal by railway tracks.

The children do not get paid for the work – the money goes to their school instead. Any student refusing to participate risks punishment or even expulsion.

Details of widespread slavery comes amid ongoing negotiations between North Korea and the United States which have focused on denuclearisation and military matters rather than human rights issues such as slavery.

The GSI interviewed 50 defectors from the regime and all but one described servitude either as children or adults, or in some cases both.

One male defector said: ‘I constantly did farm work until the sixth year in elementary school. We did everything by hand, or with hand hoes and buckets.

‘In the spring, we had to work for about one month in the summer, when we did weeding. We finished with our classes in the morning and then we spent the afternoon working.

‘In the autumn we worked longer, for about two months, as there was a lot of work associated with the harvest.’ Another female defector described how, as a teenager, she was ordered to help building a highway in Pyongyang for six months.

The servitude continues into adulthood, when citizens are coerced into forced labour and threatened with detention in labour camps if they refuse. 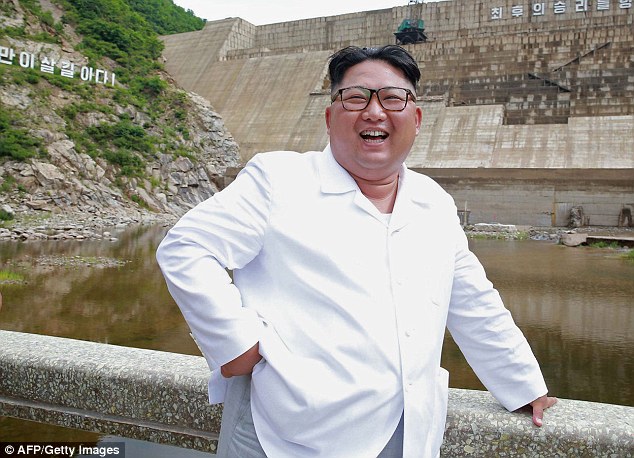 One defector said: ‘You cannot refuse. If the work unit leader orders you to go to work, you have to do it. If you don’t, then your food rations are cut off’ (pictured: Kim Jong Un)

Communal tasks could include a morning shift of road paving, or more sporadic projects including the construction of statues or reinforcing flooded river banks. Workers are instructed to bring their own tools or use their hands.

Another defector said: ‘You cannot refuse. If the work unit leader orders you to go to work, you have to do it. If you don’t, then your food rations are cut off.’ Dr Jang Jin-sung, who defected in 2004 and who is now a GSI panellist, said citizens do not realise they are slaves because they have been indoctrinated by Kim Jong Un’s regime from an early age.

Dr Jang, who rose to become the equivalent of poet laureate to Kim Jong-il, the current ruler’s father, did not escape enforced work even though he belonged to the elite.

‘I didn’t know it [was slavery] when I was in the country, but looking back it was,’ he said. ‘As a child I had to do farm work in the summer. I didn’t think of it as forced labour but as a righteous duty to the state. This is just life, this is how life works. You just get on with it.’ Citizens were conditioned to see their obligations as moral and good, he added.

Her research found that some exploited workers are actually paying to have a job to avoid detention.

‘To avoid being sent to a labour camp you need to have a job number and to have a job number you have to pay for it,’ she said. ‘[This] means that you’re technically employed but it doesn’t mean that you get paid.’ In 2014, the UN released a report that found North Korea ‘does not have any parallel in the contemporary world’ in regard to the scale of its human rights violations.