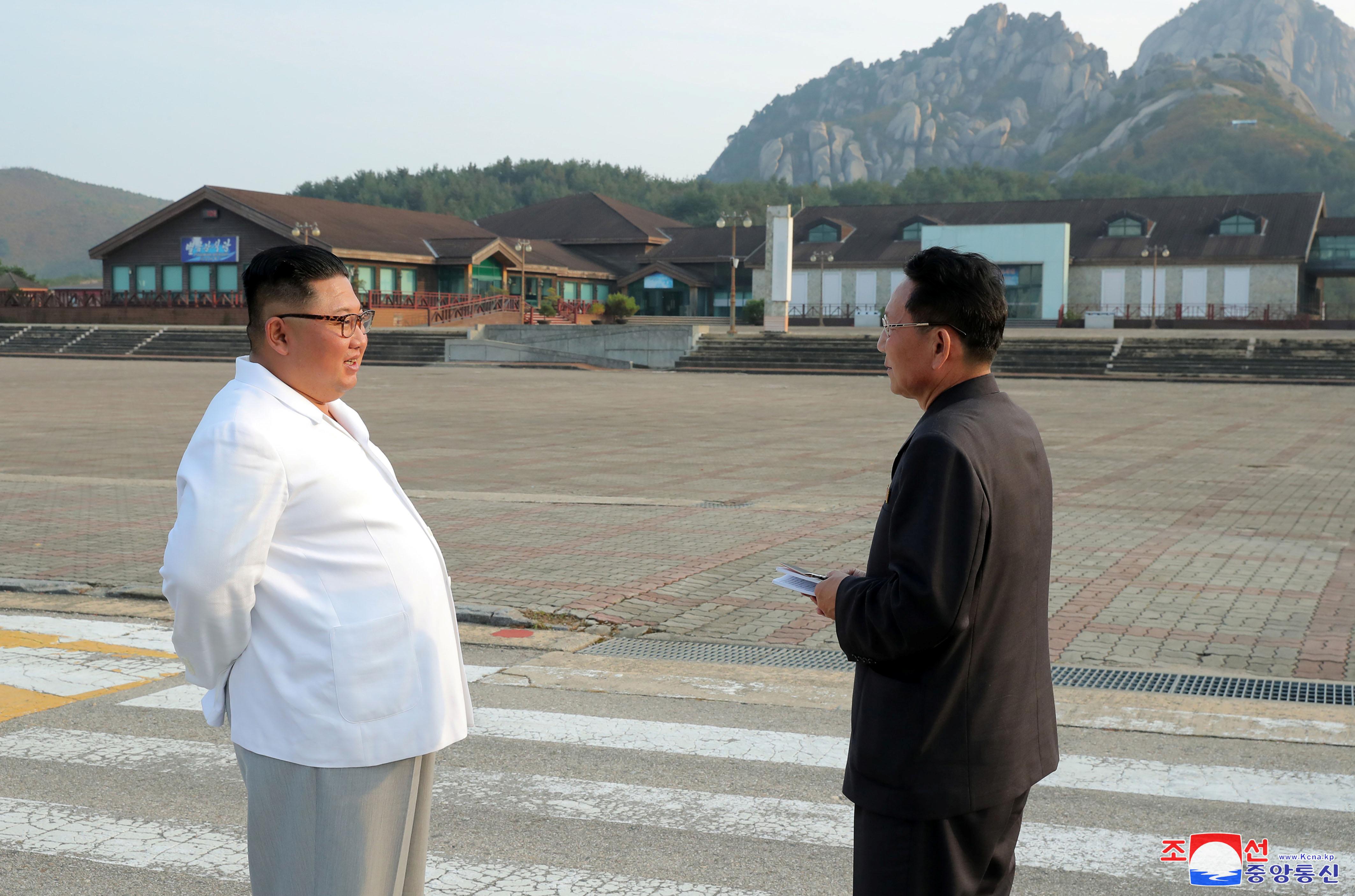 Mt Kumgang was one of two major inter-Korean economic projects, along with the Kaesong industrial zone, and an important token of cooperation between the two Koreas during decades of hostilities following the Korean War.

But Kim, while inspecting the tourist spot on the east coast of North Korea, said it was a “mistaken idea” for Mt Kumgang to be viewed as a symbol of North-South relations.

The resort is North Korean soil, and tourism there must not be under the control of South Korea, Kim said.

“We will always welcome our compatriots from the south if they want to come to Mt Kumgang after it is wonderfully built as the world-level tourist destination,” Kim added.

Seoul’s Unification Ministry in charge of inter-Korean affairs said it was examining the North’s intentions.

“If there’s any request from the North, we’re always willing to hold discussions from the aspects of protecting our citizens’ property rights, the spirit of inter-Korean agreements and the resumption of tours to Mt. Kumgang,” ministry spokesman Lee Sang-min told a briefing on Wednesday.

North and South Korea had been exploring the prospect of re-starting joint economic projects before a recent cooling in relations. North Korea has criticized the South for adopting high-tech weapons and continuing joint military drills with the United States.

South Koreans were allowed to visit Mt Kumgang starting in 1998 by sea and from 2003 by land, with South Korean firms such as Hyundai Asan Corp and Ananti Inc investing in the tourist spot, which channeled millions of dollars a year to Pyongyang.

However, South Korea suspended tours in 2008 after a North Korean soldier shot dead a South Korean tourist who had wandered unknowingly into a military area.

Hyundai Asan said in a brief statement it was perturbed by the report of Kim’s pledge but it would “respond in a calm manner” to developments.

South Korea-funded facilities have remained there since then, but tours from the South have not resumed amid international sanctions trying to force North Korea to give up its nuclear weapons programs.

Only infrequent inter-Korean events, such as reunions of families separated by the 1950-1953 Korean War, have been held there since.

Kim criticized the “mistaken policy of the predecessors” who were dependent on others to develop the tourist spot, and said Mt Kumgang must be taken care of as part of a larger tourist area that encompasses the mountain and the Wonsan-Kalma coastal tourist area, KCNA said.

Tourism is not subject to international sanctions and has increasingly become one of the focal industries central to Kim’s policy of ‘self-reliant’ economic growth.

The resumption of Mt Kumgang tours has been repeatedly mentioned as a possibility by South Korean President Moon Jae-in in recent years. 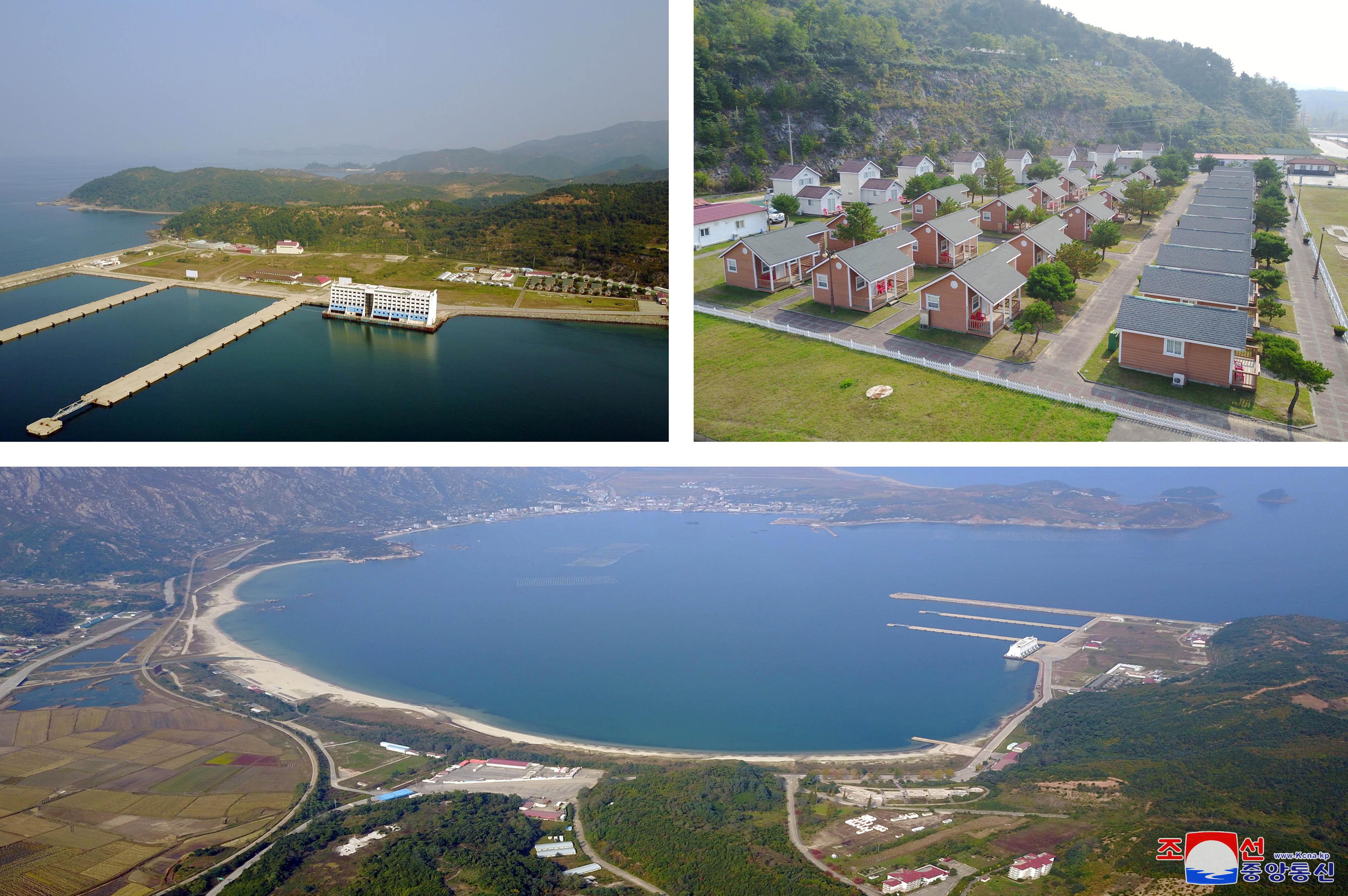 During a summit with Kim Jong Un in Pyongyang in September 2018, Moon and Kim had agreed to normalize Mt Kumgang tours and the Kaesong industrial complex “as soon as the environment is created,” Moon announced at the time.

In April, U.S. President Donald Trump was asked his stance on the possibility of restarting tours to Mt. Kumgang before a summit with Moon.

“This isn’t the right time, but at the right time I’d have great support,” Trump said, according to South Korean presidential office records, extolling the North’s “tremendous” tourism potential.