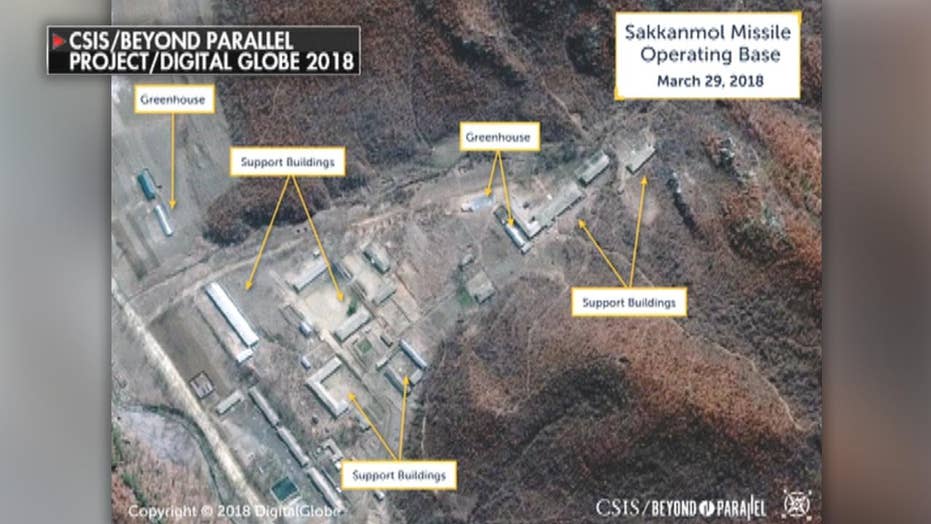 Concerns that North Korea is deceptively surging ahead with its ballistic missile program, according to satellite imagery that appears to show 16 covert bases in development, comes as no surprise to a defector who sees only one real solution to the threat posed by the government of Kim Jong Un.

“North Korean regime are liars, and I do not think they are taking part in these relations in a truthful manner. Eventually, we will need a regime change,” said Ji Seong Ho, 36, after speaking at the Oslo Freedom Forum in Taipei, Taiwan last week. 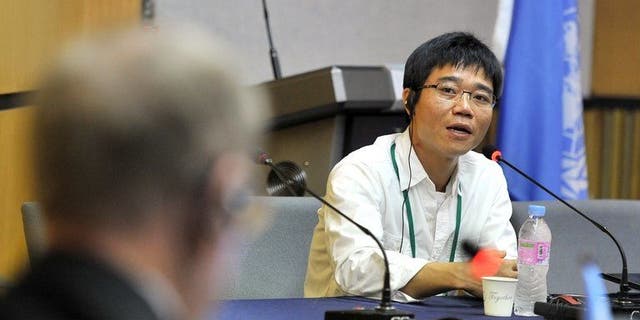 Ji Seong-Ho (R) speaks as Michael Kirby, chairman of the UN Commission of Inquiry on Human Rights in North Korea, listens during a public hearing at Yonsei university in Seoul on August 22, 2013
(AFP)

Despite apparent setbacks in dialogue in recent weeks, including the abrupt canceling of another bilateral meeting last week, Secretary of State Mike Pompeo has previously stressed that “real progress” has been made in U.S.-North Korea relations. President Trump has also emphasized his government is “in no rush.” 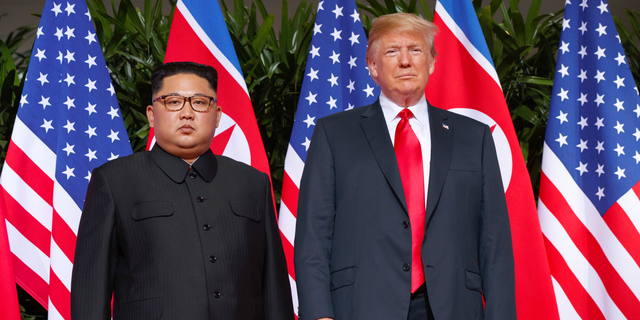 Seong Ho supports the go-slow approach, and agreed no quick moves should be made. But he did have a particular issue with the South Korean government. 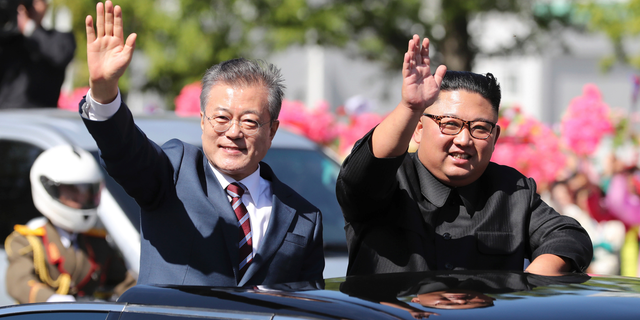 The softly spoken, liberal South Korean President has instead opted for a gentler strategy in making amends with Kim Jon Un – posing for pictures with their hands held, voicing commitments for “permanent peace,” and avoiding discussions about humanitarian concerns.

To Seong Ho, the absence of human rights talks is more than a slap in the face.

He grew up in North Korea during the extreme famine of the 1990s. After the government food rations were halted in 1995, to survive, the young teen would often swipe coal from train cars in exchange for food – which was rarely more than rats and grass.

But tragedy struck one day in 1996. Malnourished, exhausted and slowly starving to death, Seong-ho – whose own grandmother died of starvation – fainted, fell onto the tracks and was struck by a train.

In the bloody aftermath, nearby soldiers wrapped his fragile frame in old rags, and shuffled him to a barely functioning hospital in a cart. The wailing boy had to have his left hand and foot amputated – without anesthesia, without anything to dull the horrifying agony.

“There is no words to describe this horrible situation. No words,” Seong Ho, reflecting on those intensely raw minutes of excruciation. “I was young, and I had this huge fear that if I died I would never be able to see my mother or my father or friends ever again. That was a huge fear in the midst of all this pain. But I found my animal instinct, I knew that I had to do in my mind to get through this horrible situation.”

From there, life as a disabled child in an impoverished, closed society only became lonelier, as he was made fend for himself. Four years later, Seong Ho snuck into China to collect food scraps – but upon returning, was arrested and tortured by North Korean authorities.

That made up his mind: He couldn't stay.

Six years later, in 2006, Seong-ho finally fled – with just an old pair of wooden crutches – across the Tumen River into China. From there he went into Laos, then Thailand, finally ending up in South Korea.

Now living in Seoul, he is studying law at Dongguk University, and serves as president of Now Action and Unity for Human Rights, which endeavors to assist other defectors in resettlement and transmit information.

“North Korea is still a huge prison. We don’t have the freedom to move around. Everyone there are victims of slavery, in a normal world people are paid to work. Now they are not, they have no freedom not to work,” Seong Ho said. “People are still escaping to China, but even there they often become the subject for human traffickers who exploit them knowing they want to get to South Korea.”

WHY RUSSIA PROPS UP THE DANGEROUS NORTH KOREAN REGIME

HOW MANY DEFECTORS ESCAPE NORTH KOREA AND WHY DON'T WE HEAR MORE FROM THEM?

President Trump highlighted Seong Ho's miraculous plight during the State of the Union address this year, calling him an “inspiration to us all,” as the activist triumphantly raised his old crutches in the air. 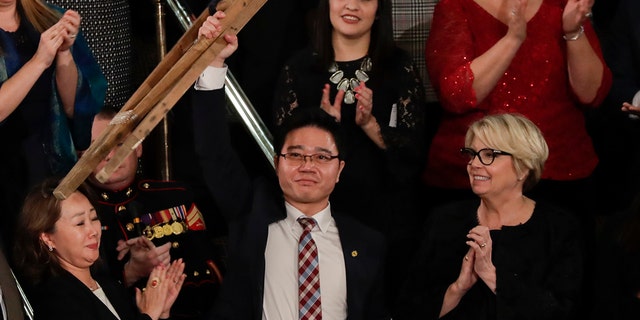 Ji Seong-ho holds up his crutches after his introduction by President Trump during the State of the Union address to a joint session of Congress on Capitol Hill.
(AP)

The passionate rights advocate says that sudden catapult onto the world stage has been life-changing, and has afforded him protection him from those who now less likely to challenge his strident advocacy.

“What Mr. Trump did, gave us a lot of power. The Korean government tried to be unsupportive of the organization and our activities, but now we have given more opportunities to talk about North Korea,” Seong Ho said. “This was a big moment for human rights, it was a precious moment. I was honored, and others defectors too felt very honored by this.”

Seong Ho believes the spotlight the Trump administration has put on Pyongyang – and its refusal to accept the status quo – has made a dramatic impact.

“Thanks to these activities, the regime started to fear what is going on in the international world. The American people have helped us to make our voices heard and they understand justice will win and evil will perish,” he added. “When we unite against all authoritarian regimes, we have more power to go against these threats. The cheer we get from America, that is our courage.”