SEOUL (Reuters) – Kim Jong Un mounted a white horse again as North Korea announced on Wednesday it will soon convene a rare meeting of the ruling party’s leaders, steps analysts say may signal preparations for a more confrontational stance with the international community. 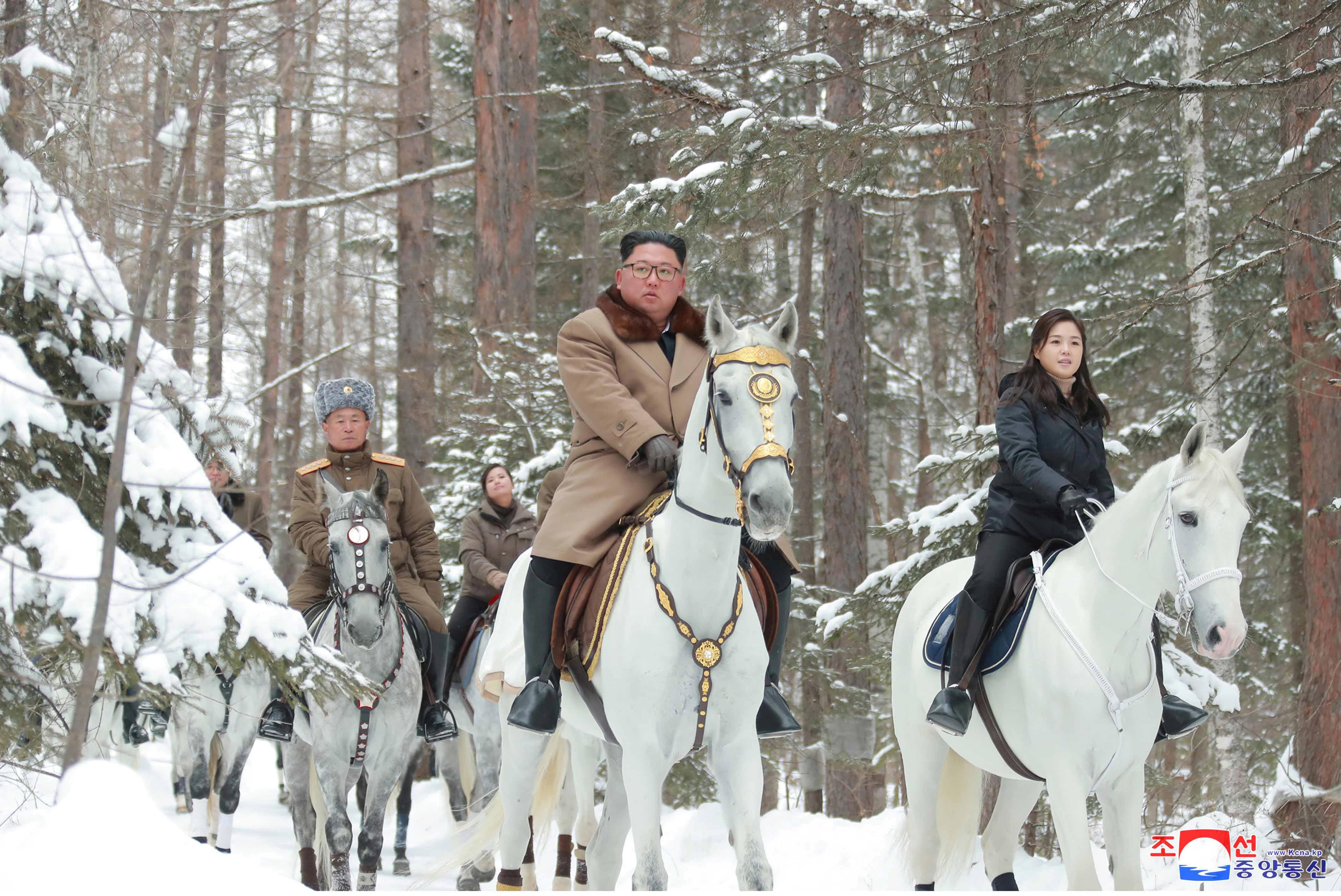 Kim has warned the United States it has until the end of the year to offer more concessions to restart stalled denuclearization talks or North Korea will pursue an unspecified “new path”. Analysts believe that may include a resumption of intercontinental ballistic missile launches or nuclear tests.

The United States has called for North Korea to give up significant portions of its nuclear arsenal before punishing international sanctions are eased, while Pyongyang has accused the United States of “gangster-like” demands for unilateral disarmament.

Speaking in Washington on Tuesday, U.S. Special Representative for North Korea Stephen Biegun said the United States would not give up on talks with Pyongyang.

Biegun has previously downplayed the year-end deadline, calling it “artificial” and warning that it would be a “huge mistake and a missed opportunity” for North Korea to take any provocative steps.

But North Korean state media have carried a steady chorus of statements in recent weeks, saying Washington should not ignore the warning and dismissing U.S. calls for talks as a stalling tactic.

The announcement that a Plenary Meeting of the Central Committee of the ruling Workers’ Party of Korea would meet sometime in late December underscores how North Korea is serious about making a major decision, analysts said.

Such meetings have often been when North Korea has announced major policy shifts.

KCNA said the plenum would discuss and decide on “crucial issues” in light of the “changed situation at home and abroad”.

The timing of this plenum is unusual because it comes before the year-end deadline, as well as before Kim’s expected New Year’s address, said Rachel Minyoung Lee, an analyst with NK News, a website that monitors North Korea.

“That Pyongyang is opting to hold this meeting before the end of the year indicates its strong resolve,” she said. “Taking the party plenum announcement and the Mount Paektu visit together, the ‘resolve’ seems to be that North Korea will not cave in to the U.S., and that it will keep charging on despite the difficulties.”

KCNA reported Kim was joined by top military aides as he rode a white horse in a tour of historic battlefields near Mount Paektu.

Kim has often visited the sacred mountain around the time of major developments in North Korea, including missile launches, and his horseback visit in October sparked speculation of a change in North Korea’s nuclear negotiation strategy.

The ride was aimed at instilling in North Koreans the mountain’s “indefatigable revolutionary spirit” in the face of “unprecedented blockade and pressure imposed by the imperialists,” KCNA reported.

Kim said there was a need to prepare for “the harshness and protracted character of our revolution,” according to KCNA.

While Kim’s plans are still unclear, the signals suggest the window for diplomacy is closing fast, if not already shut, said John Delury of Seoul’s Yonsei University.

“The message is buckle up, it’s going to be a big year for us next year,” he said. “And not a year of diplomacy and summitry, but rather of national strength.”

The ride is full of symbolism for North Koreans and sending strident messages to domestic audiences more fully commits Kim to following through on his declarations, Delury said. 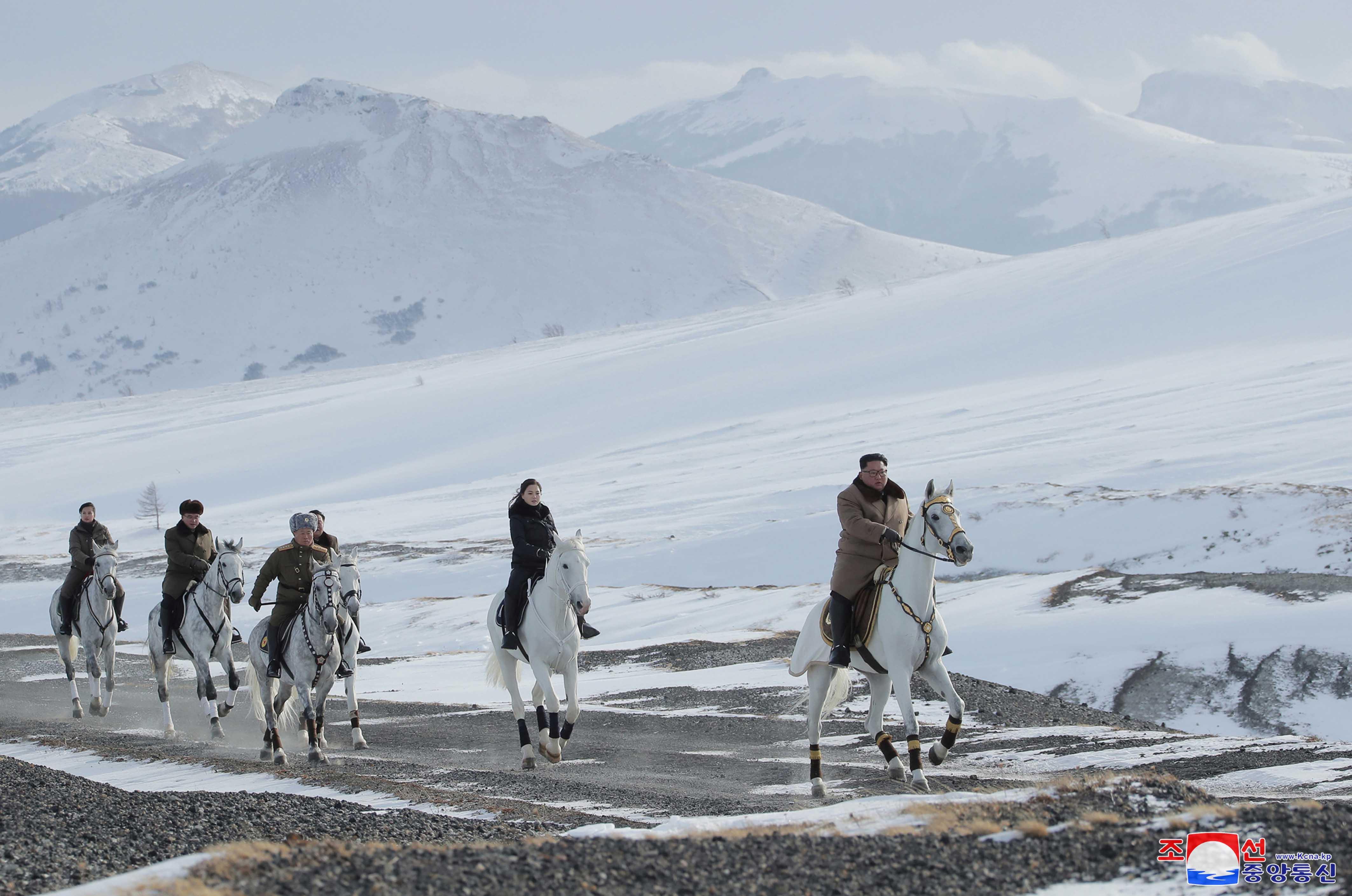 Lee noted the fact Kim was accompanied by senior army officers rather than party officials, combined with other recent military-related announcements by state media, suggests North Korea “will likely transition to a more militaristic line”.

The plenum meeting would mark the first time such a gathering has occurred twice in one year under Kim Jong Un, Delury said.

“This is not a standard meeting,” he said. “How many details will actually come out of that meeting is anyone’s guess. But it signals that diplomacy could be off and they are really going to act on this.”