North Wales locals hit out at wealthy English ‘incomers’ as old chapel ready to be turned into holiday home sells for £257,000 – more than double its £120,000 reserve price

A holiday home row was reignited Monday after a much-loved chapel sold for more than double its asking price at auction.

Locals claim it is yet another example of wealthy English ‘incomers’ pricing out locals and threatening Welsh culture and heritage.

Neighbours tried to raise enough cash for a worthy bid, but a GoFundMe appeal raised just over £29,000.

Liz Saville Roberts, the local Plaid Cymru MP, said: ‘This is yet another example of a part of Wales’s history being touted to the highest bidder to turn the chapel associated with pacifist Tom Nefyn into yet another holiday accommodation unit.

‘This building is located on the main road without adequate parking, and, once again, shows how community housing interests count as nothing on the open market.’

Auction House UK had marketed the chapel as a potential holiday home on social media, sparking outrage among the comments and replies.

The fury stems from holiday homes long being blamed for making property in the area unaffordable for local Welsh people. 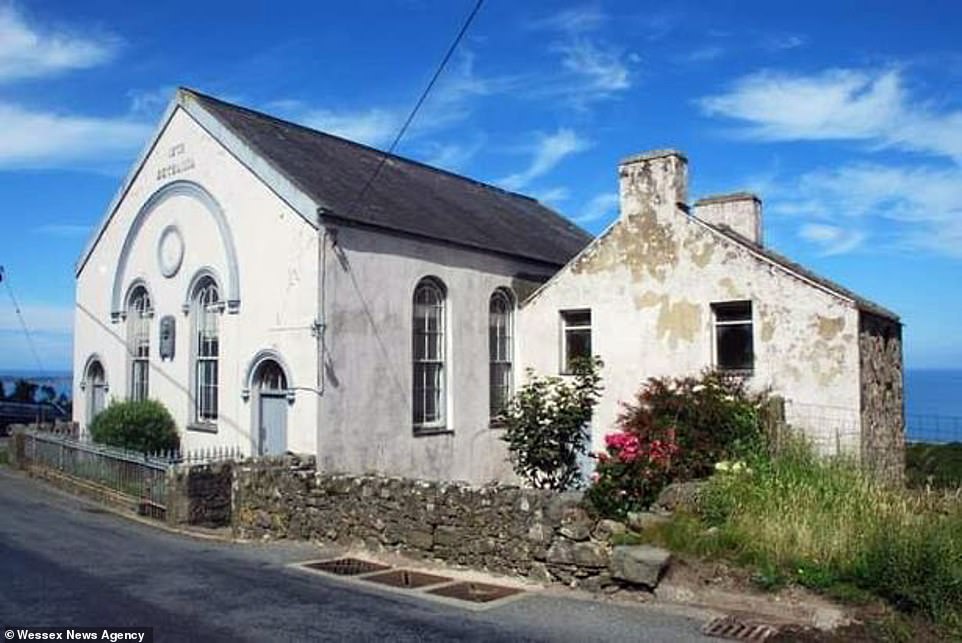 MP Roberts and Plaid Cymru politician Rhodri Mabon ap Gwynfor also issued a joint statement saying: ‘Despite the tireless efforts of local campaigners, it is very disappointing that yet another historic building, rooted in the traditions of life in Pen Llyn has been prized from the grasp of the community and sold to the highest bidder.

‘The Welsh Government has failed to address this crisis. Their apathy has allowed this to escalate to a point where communities face the perfect storm; a local housing crisis as demand for social housing outstrips supply, whilst the volume of second homes and buy-to-let properties spirals out of control.

‘We urgently need greater legislative controls around the volume of houses that can transfer from primary homes to second homes or buy-to-let holiday accommodation.’

They called for a Llyn Peninsula-specific housing body, with a focus on providing local people with affordable, reliable homes.

‘We as a community must explore all other options to help meet the housing needs of local people,’ they said.

‘More and more young people are finding it near-on impossible getting a foot on the local housing ladder. The lack of housing options is one of the main challenges facing Dwyfor Meirionnydd.

‘If this crisis isn’t addressed now, we will inevitably see further depopulation, threatening the sustainability of our communities for future generations.’

The chapel was sold to the highest bidder on Monday, who can only use it for holiday accommodation. 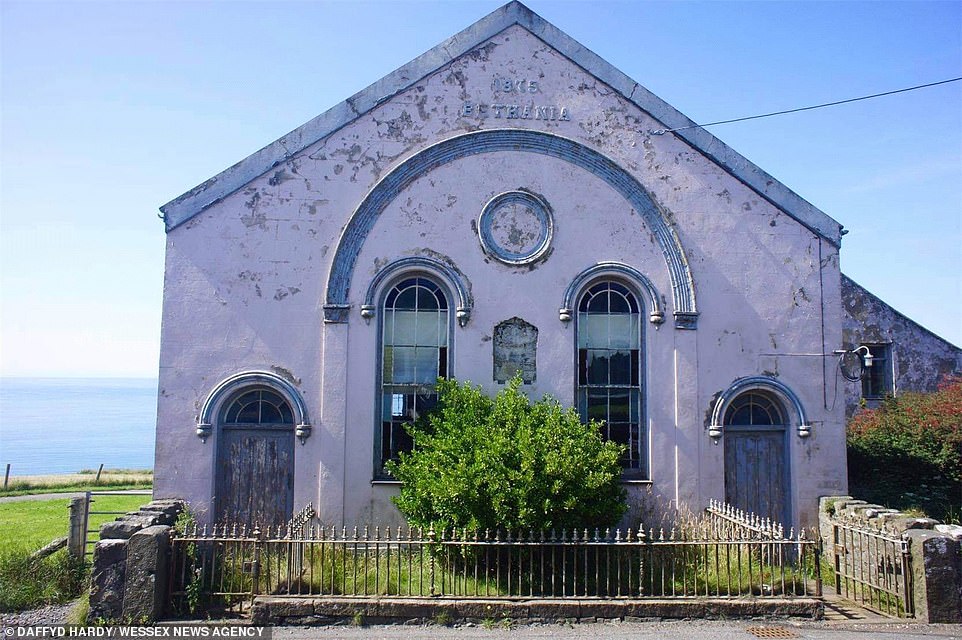 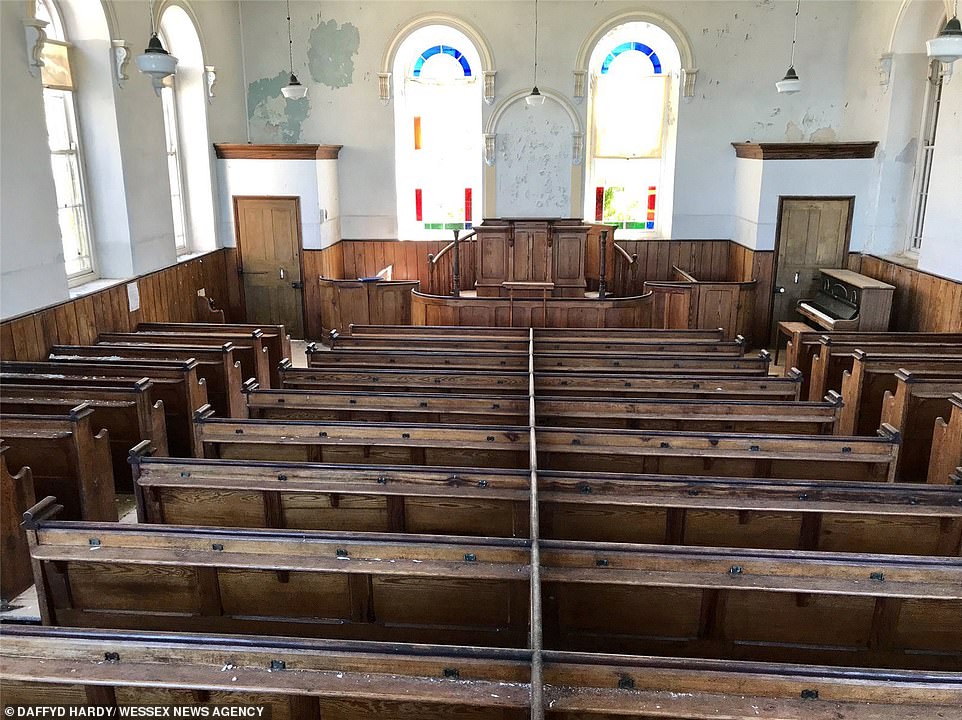 The altar and pews at the Capel Bethania now face being ripped out after the historic site sold for more than £250,000 at auction

Auctioneer Marc Morrish, from Auction House, said: ‘I can confirm that that Capel Bethania sold to a buyer from outside the region.

‘But of course, whoever bought it, wherever they came from, they would only be able to use it for holiday accommodation – because that’s what the planning permission explicitly states.’

It comes after a six-house development in Morfa Nefyn, also in Gwynedd, was blocked over fears it could ‘harm’ the Welsh language.

The properties were set to feature balconies and garages but were feared to be too expensive for locals while attracting non-Welsh speaking outsiders.

The developer appealed the ruling made by the local council but was rejected by the Planning Inspector.