Extinction Rebellion mocked the Met Police today and posted a Benny Hill-style video of activists evading officers as they blockaded Tower Bridge on the latest day of chaos in the capital.

The protest group boasted about ‘giving [police] the runaround’ after they blocked the iconic bridge with a van and caravan, causing yet more disruption for Londoners.

The speeded-up footage shows police grappling with scruffy members of the rag-tag protest as frustrated drivers queue up waiting to cross.

Underneath the Twitter post, the Met hit back with a confused face emoji, insisting officers ‘immediately took action’ to deal with the mob.

The force added: ‘Officers were on scene almost immediately. We are working with @CityPolice to get traffic moving again. Activists are also laying on the junction north of Tower Bridge, this is causing further disruption.’

In recent days XR activists have managed to shut down Oxford Circus with a giant pink table before drumming and dancing for hours as police watched on, and closed off the main road outside the Science Museum.

Meanwhile, an affiliated group of animal rights activists smeared blood on the Victoria Memorial outside Buckingham Palace as part of their stated aim of achieving a ‘plant-based food system’. 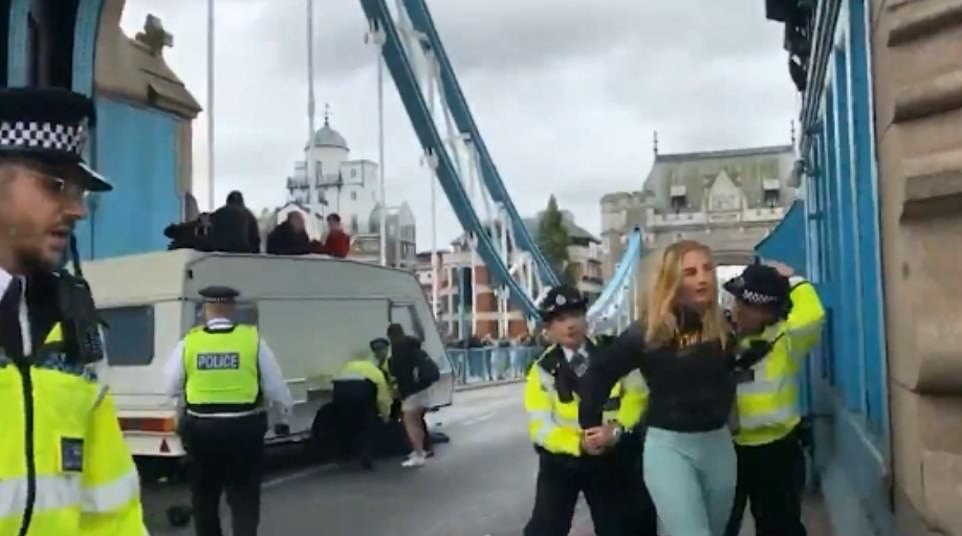 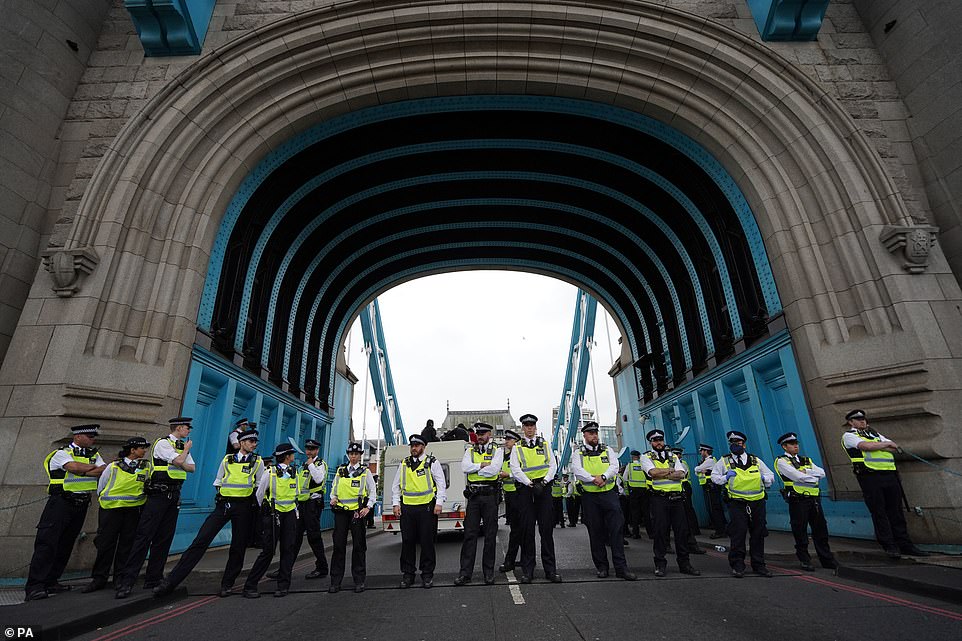 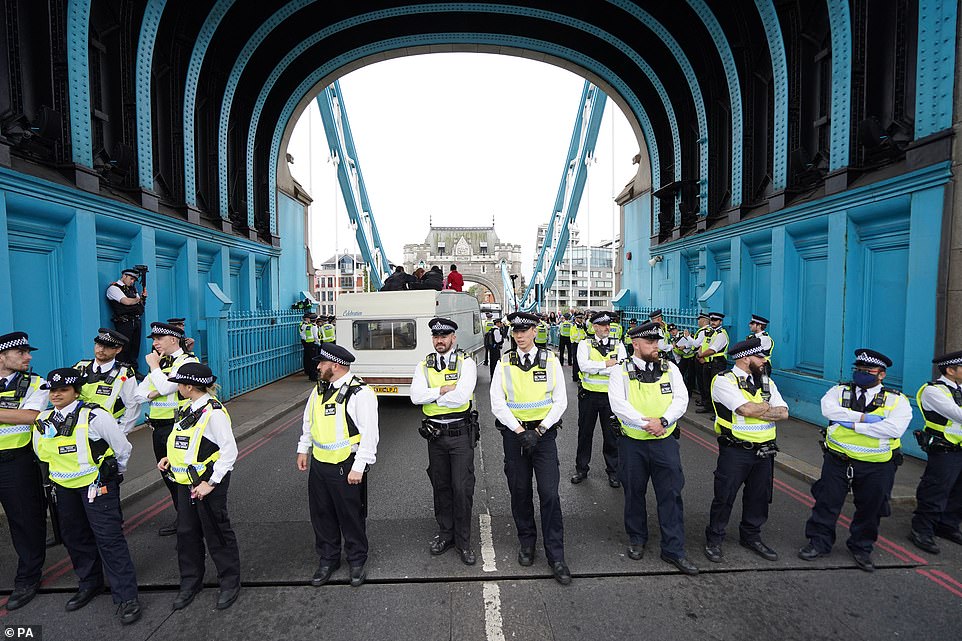 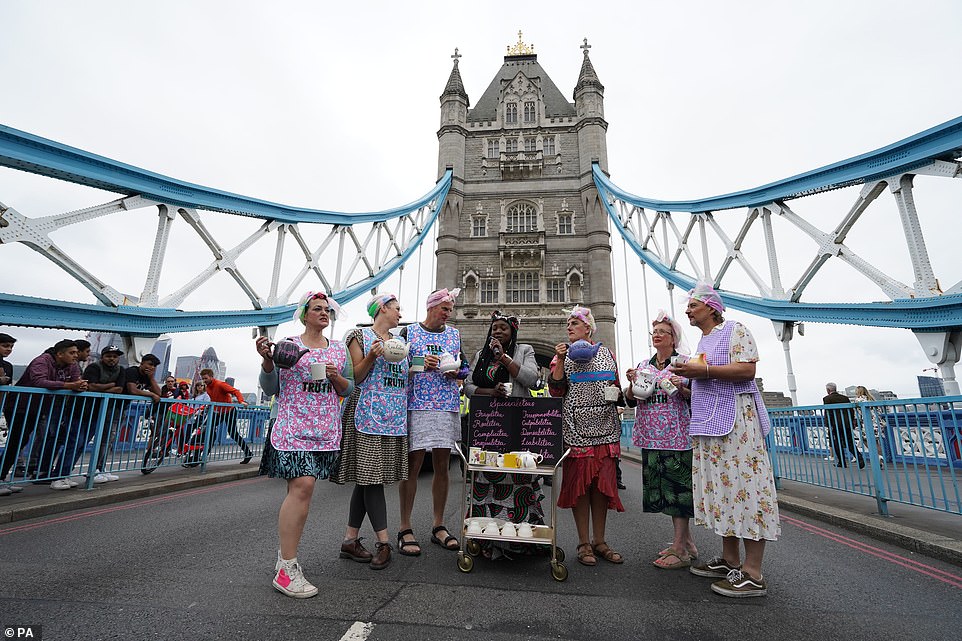 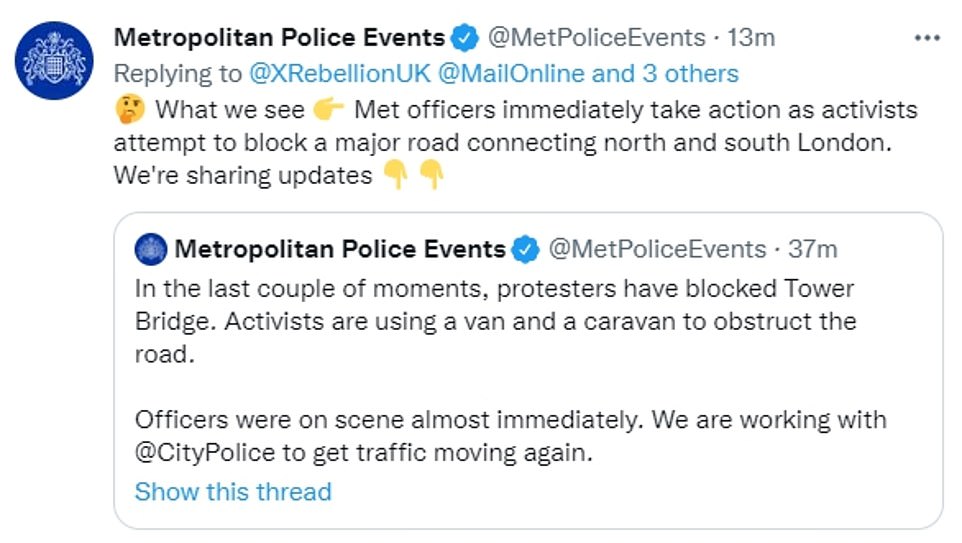 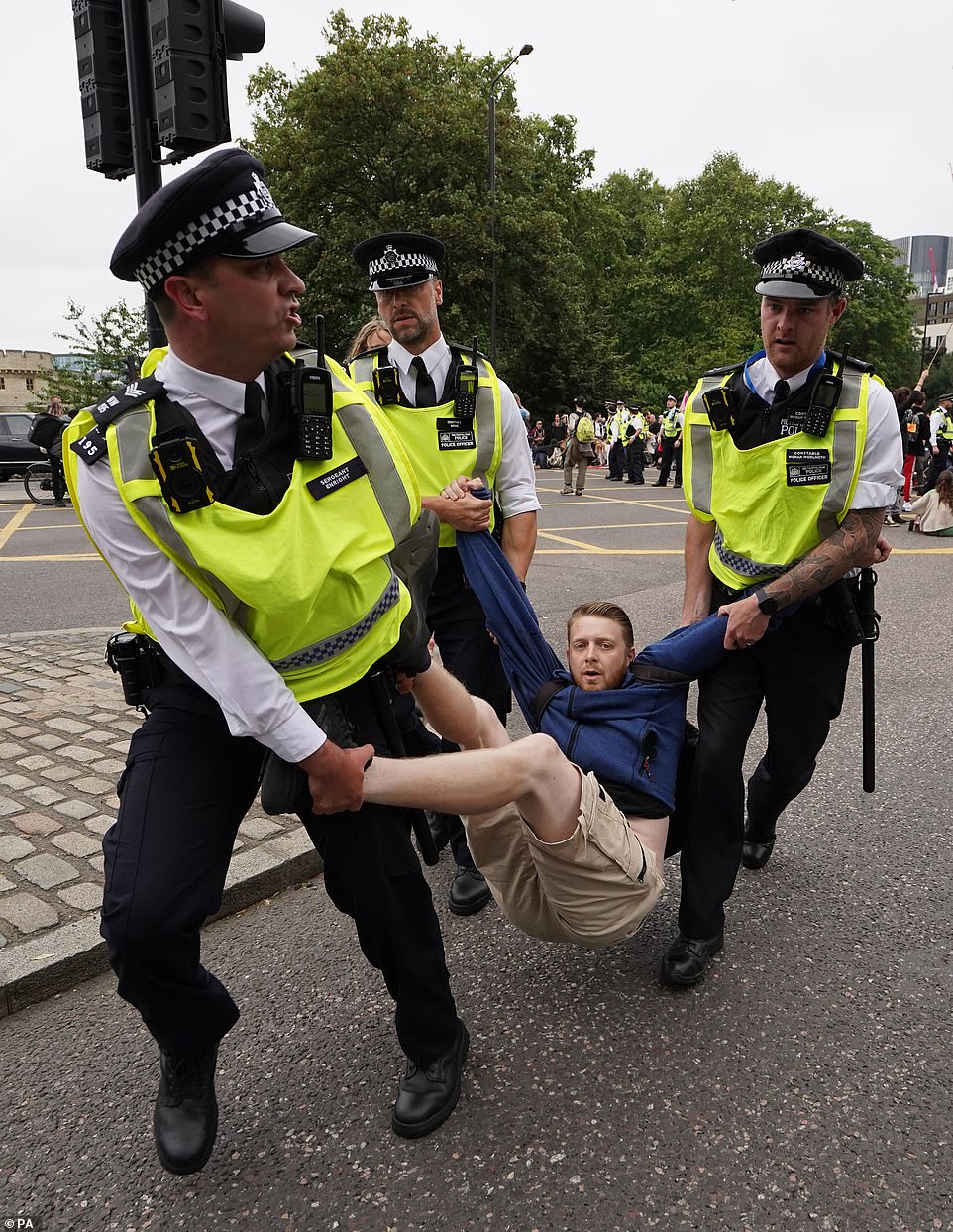 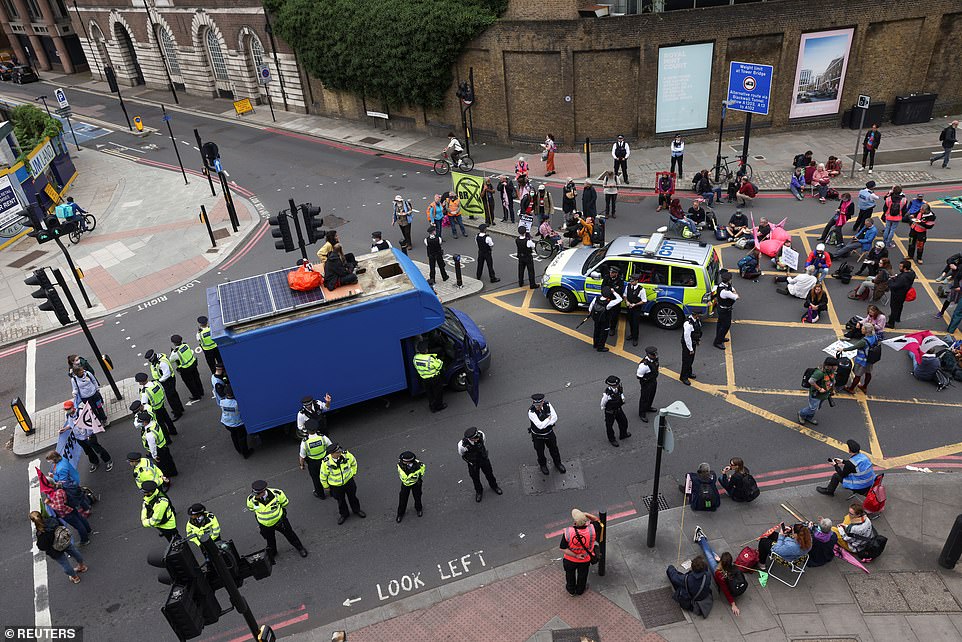 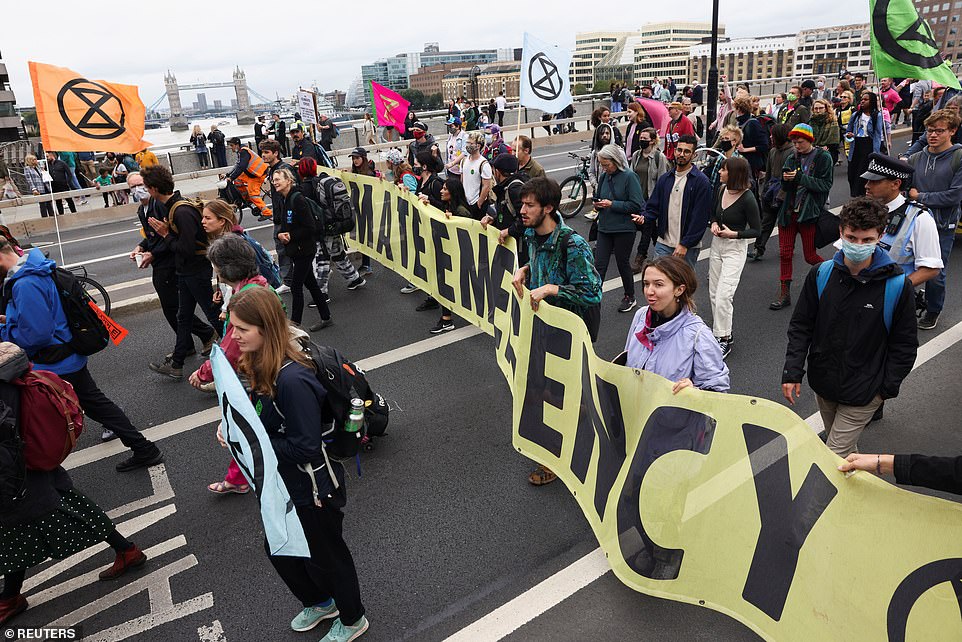 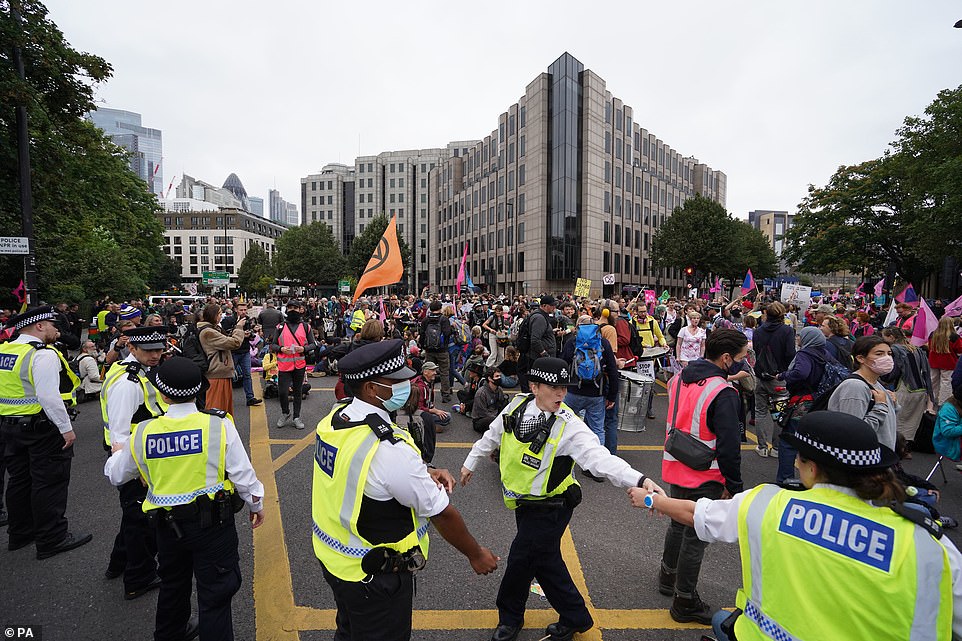 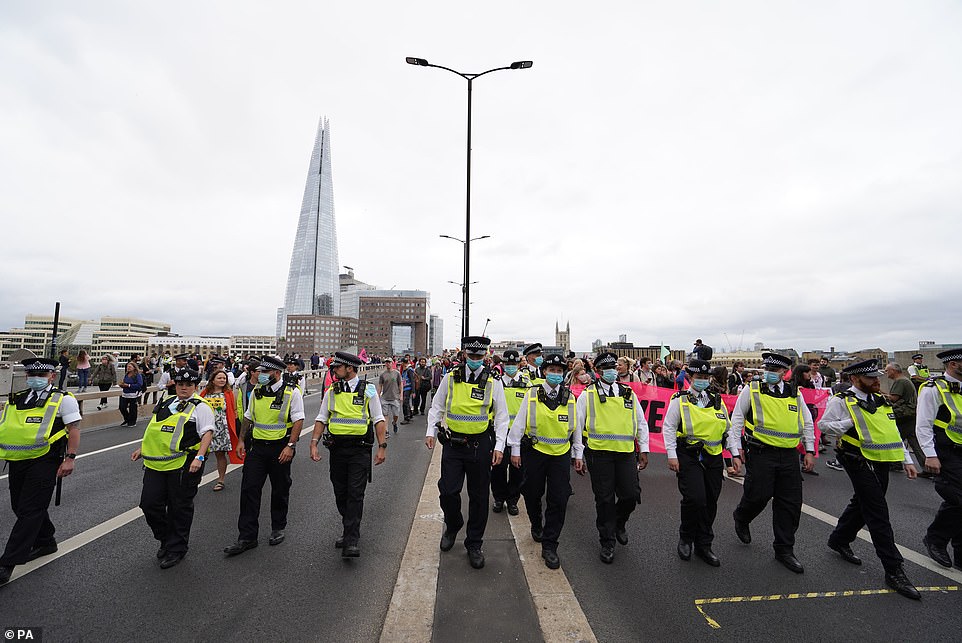 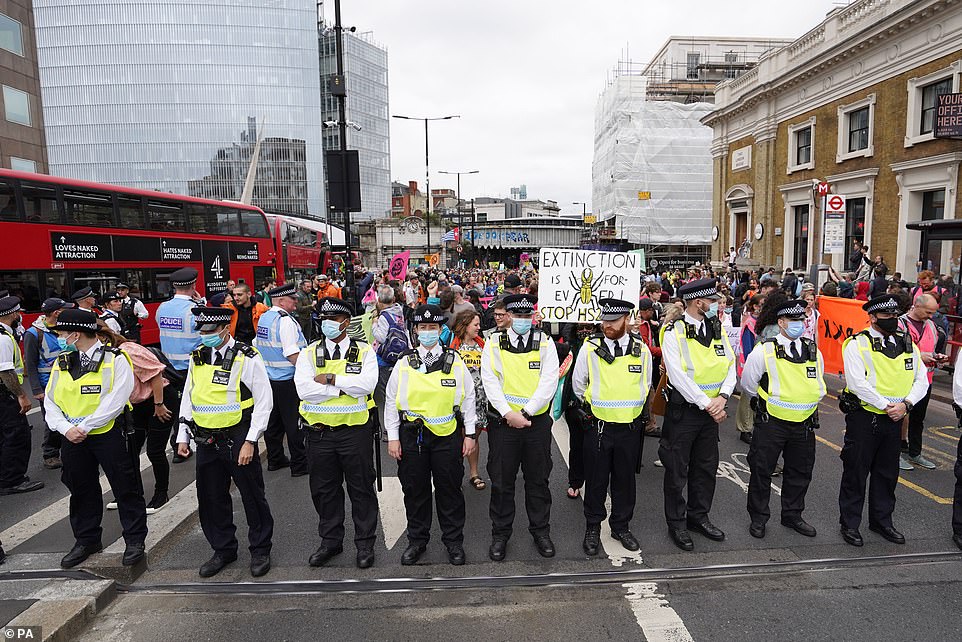 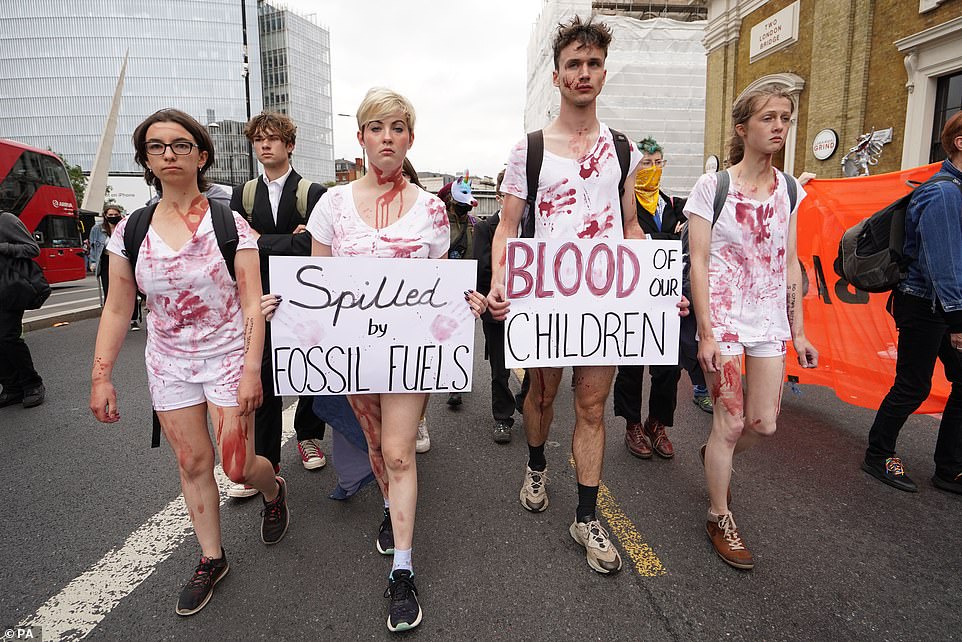 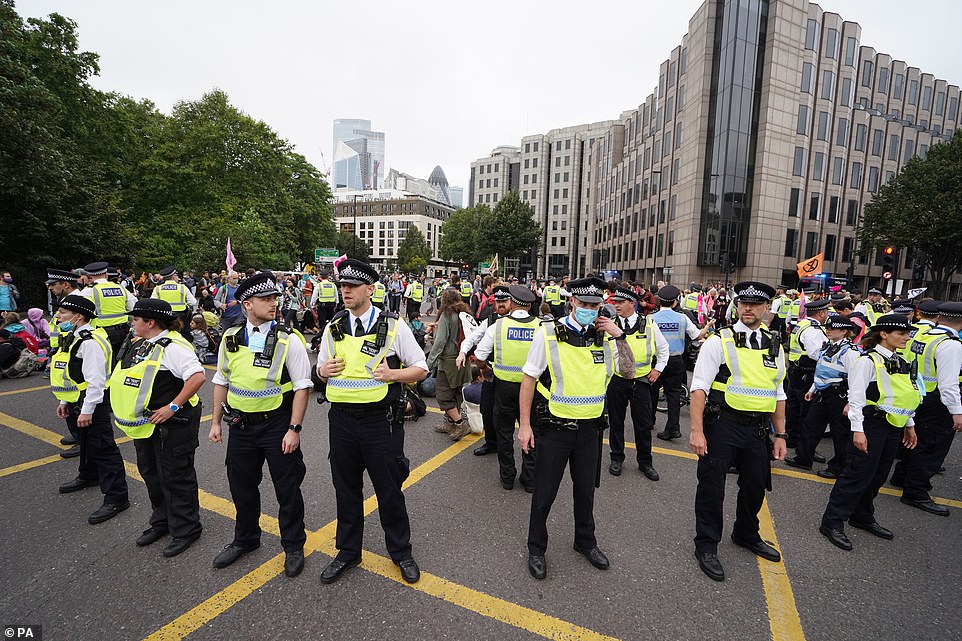 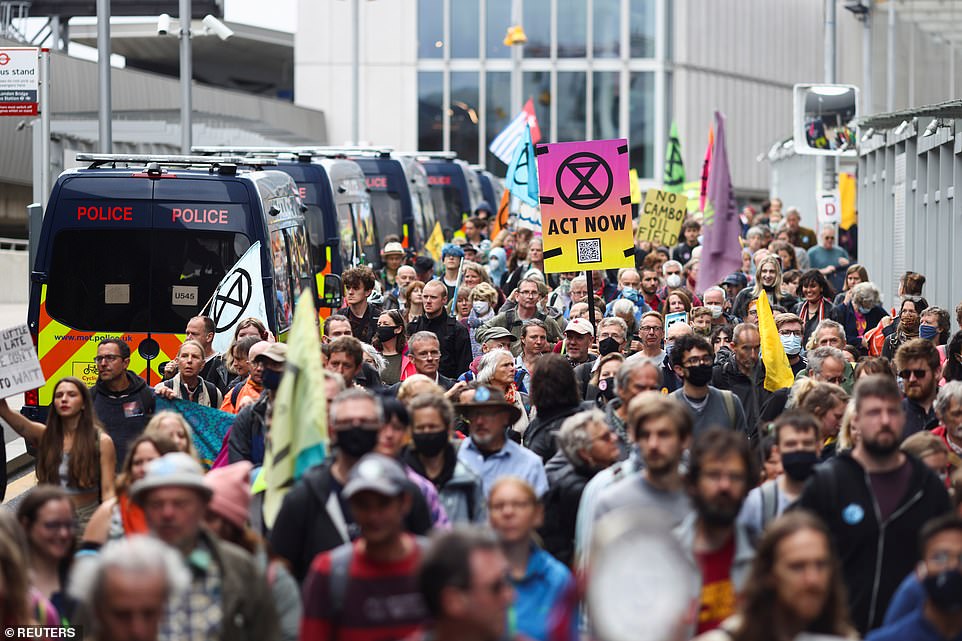 Crowds of activists massing near London Bridge today. One of the signs reads ‘No Cambo oil field’, referring to a new proposed site in Scotland