New York Police Department ranks are shrinking to their thinnest in nearly a decade amid plummeting morale linked to anti-cop protests, even as crime in the nation's largest city is spiking.

The latest workforce data comes just after the NYPD reported an increase in shooting incidents, murders and burglaries over the first nine months of the year.

As of Oct. 6, approximately 2,385 officers have filed for retirement in 2020, a spokesperson for the NYPD confirmed to Fox News on Friday. During the same time last year, the department saw just under 1,300 members retire. 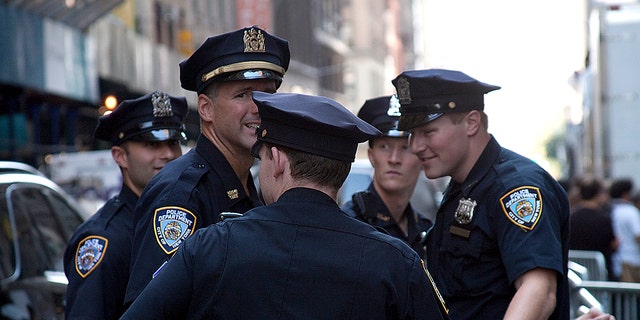 A group of New York police officers (NYPD) talking on the street during the winter on Feb.16, 2012. (iStock)

Morales noted the department is seeing retirements across all ranks, including "very tenured investigators" and longtime supervisors.

"From January to May, we averaged about 200 retirements a month," Morales told Newsday. However, when looking at June through September, "we have averaged nearly 400, so we have doubled. Last year, I had only one month that was above 200," he said.

"It could be one of those or a combination of all of them," Morales said.

Earlier this month, the department noted spikes in murders, burglaries and citywide shootings.

In fact, September surpassed all previous Septembers in the number of gun arrests since the department began tracking via CompStat in 1994.

During the same period, burglaries were also up 42%, the department said.

The New York Daily News reported that the force still has 34,488 officers, making it the largest in the country.