‘Cannibal’ who castrated volunteer at $45-a-night Oklahoma Airbnb cabin called ‘Bob’s weekend wonders’ is sentenced to 12 years in prison: Husband who helped operate then offered to snitch on him is released

An Oklahoma cannibal who castrated a volunteer with his husband at a holiday cabin before freezing his victim’s testicles and talking of eating them has been jailed for 12 years.

Bob Lee Allen, 54, was previously set for trial on Monday at Le Flore County District Court but struck a plea deal with prosecutors on August 31 and was jailed Tuesday, according to The Oklahoman.

The plea deal for Allen came after believed ‘a jury might convict me’ before his trial was set to take place. Gates agreed to testify against his spouse to reach a plea agreement.

It is unclear if the couple’s marriage – held in September 2020, just a month before the botched operation – has survived Gates’ willingness to snitch. 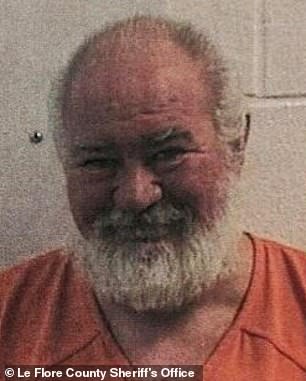 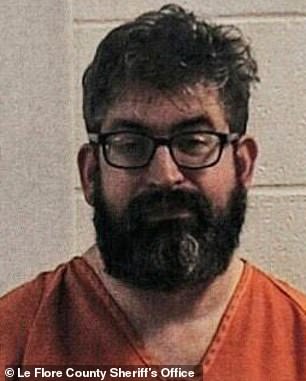 Bob Lee Allen, 54, (left) has been sentenced to 12 years in prison after he performed an illegal castration on an unnamed 28-year-old male victim with the help of his husband Thomas Evans Gates, 43, (right) who handed him the tools 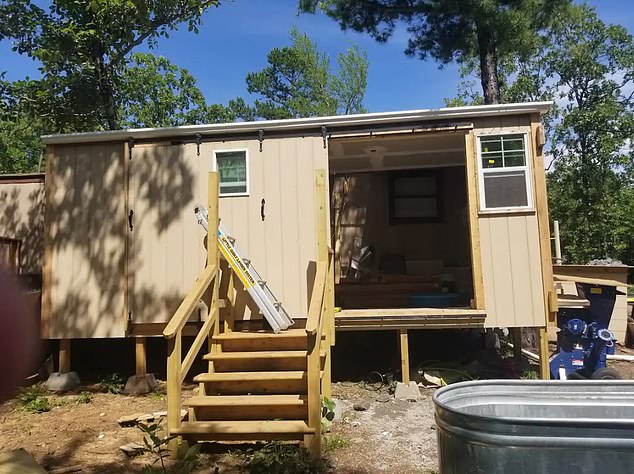 The couple performed a castration surgery on October 12 2020 at their Airbnb cabin called ‘Bob’s weekend wonders mountain retreat’ on a 28-year-old victim who they found online. The volunteer still remains unidentified, with the couple subsequently charged because they were not licensed to perform surgery.

According to the volunteer, Allen had advertised that he performed the surgeries and that he videoed them for his own pleasure on his website Eunuch Maker.

The volunteer traveled from Virginia to the cabin in Oklahoma for the surgery, which Allen said he’d perform for free.

DailyMail.com previously revealed that the pair list the cabin on Airbnb which he calls ‘Bob’s weekend wonders mountain retreat.’

He said that Allen assured him he’d done the surgery many times, telling him: ‘No ER. No morgue.’

He was awake for the two-hour procedure and had only received numbing injections in and around his genitalia. 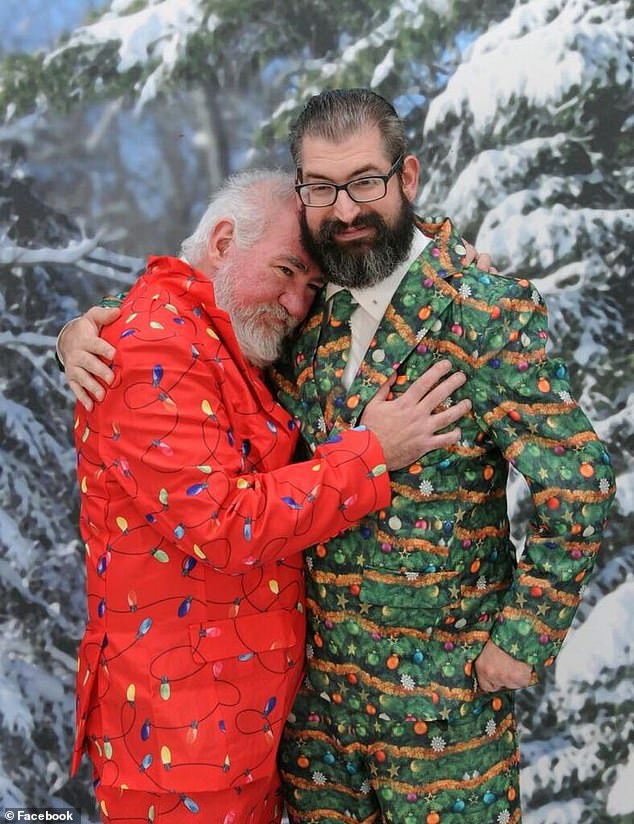 Allen and Gates were married in September 2020, a month before they performed the illegal procedure 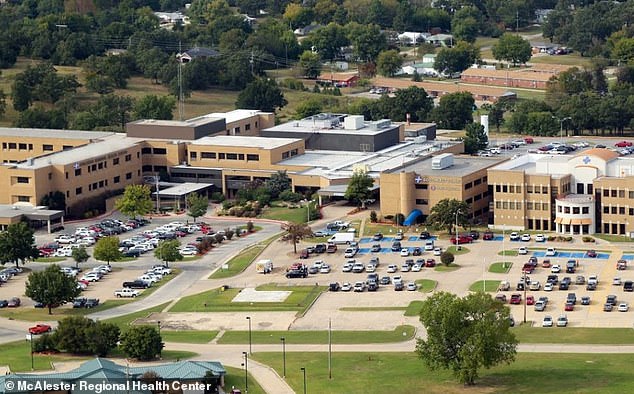 The earliest known eunuchs were castrated 2,000 years before the birth of Christ in Sumeria – an ancient nation which is now part of Iraq.

Kings ordered the procedure carried out on servants or slaves to make them reliable servants who could be trusted to guard female royals and dignitaries.

Some fetishists continue to practice this voluntary castration as part of extreme body-mod (modification) culture.

Others remove their genitals entirely, and subsequently identify themselves as a ‘nullo’ – meaning they’re completely devoid of genitals – or a ‘smoothie’.

Some nullos claim losing their penis and testicles actually enhances sexual pleasure, and they are still able to urinate through an opening left in their mutilated privates.

Online body mod communities offer would-be eunuchs and nullos the chance to meet other people like them – or unlicensed surgeons, who are often fellow fetishists, willing to perform the gruesome procedure.

Doctors have understandably warned people off performing the procedure, saying it carries an extremely high risk of infection or bleeding to death.

Allen allegedly advertised the service on his own website offering free surgical services.

Once it was over, Allen reportedly told the volunteer he was going to eat his penis and that he kept others’ in a freezer.

Those testicles were later found in a freezer during a police search, although it is unclear if Allen followed through on his statement about eating any of them.

Afterward the makeshift surgery, the volunteer lost a considerable amount of blood but Allen told him he would not take him to the hospital, claiming instead he would ‘dump him in the woods’.

He also told him once of a man who he’d left to bleed out on the table overnight because the man was ‘crazy’.  It is unclear if Allen was joking.

Allen claimed to have six other people on their way to the cabin to undergo the surgery.

Eventually, they decided the man needed medical care so dropped him off at McAlester Regional Health Center, where he relayed the story to staff.

The pair then tried to visit him in hospital. They’d told him to tell doctors that he performed the procedure on himself, according to charging documents.

Police searched the cabin on October 15 of last year and found a freezer in Allen’s bedroom which contained testicles.

Allen and Gates were charged with conspiracy to commit unlicensed surgery-felony, practicing medicine without a license/unlicensed surgery-felony, maiming, unlawful use of communication facility, distribution of CDS-including possession w/intent to distribute, assault and battery with a dangerous weapon, failure to bury dead human member-misdemeanor, possession of controlled dangerous substance, unlawful possession of drug paraphernalia-misdemeanor. 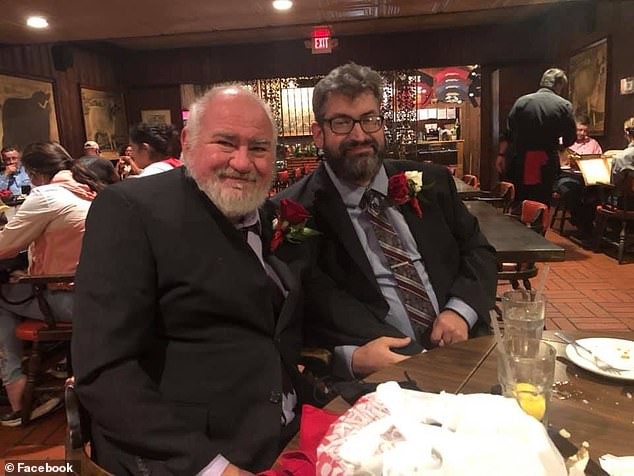 He also owes more than $5,000 in fines and other costs. The felony maiming charges and two misdemeanors were dropped as a result of his plea deal.

Gates, who was released Tuesday, owes more than $2,000 in fines and costs.

He previously plead guilty to three misdemeanor charges to prosecutors on August 4. 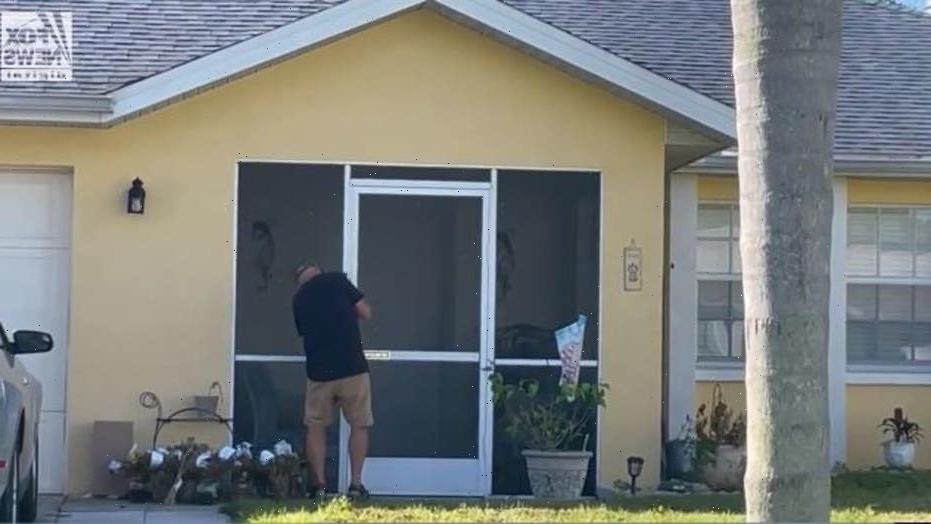