A car driven by an ‘elderly female’ has hit five pedestrians at the entrance to Morrisons supermarket in Paignton this afternoon.

Police were called to the scene of the accident at around 12.05pm this afternoon, and they remain at the scene.

The road, which according to reports is Totnes Road, remains blocked – and traffic is being affected at the entrance to the supermarket. 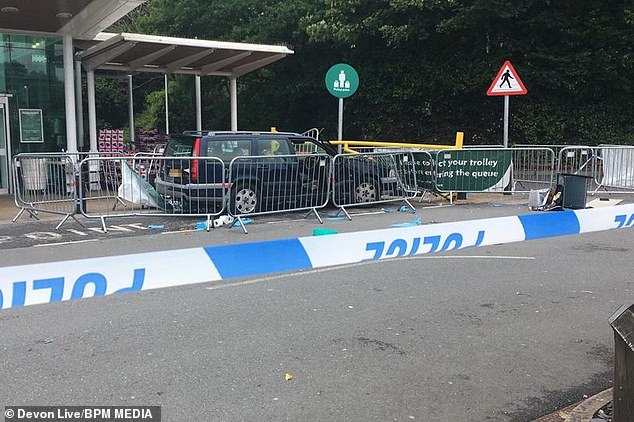 A driver, believed to be an elderly lady, has crashed into five pedestrians in her car today 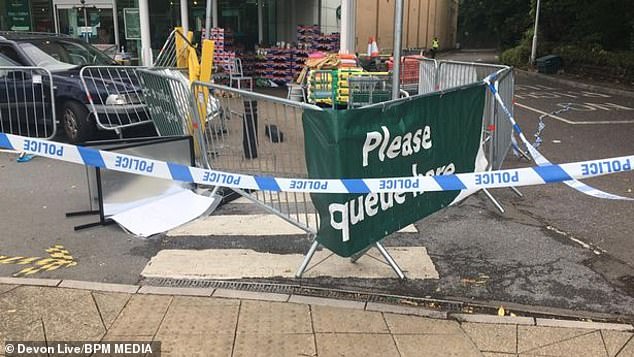 Police were called to Morrisons in Paignton, Devon, after people queuing up were hit by a car

A Devon and Cornwall Police spokesperson said: ‘Police were called to Totnes Road at around 12.05pm today with a report that a car driven by an elderly female hit several pedestrians at the entrance to Morrisons supermarket.

‘Injuries unknown at this time. The incident is ongoing.’

Eyewitnesses say the car hit a queue of people queuing to enter the store. A police cordon has been placed with barriers around the Volvo V70 involved in the crash.

Five people have been taken to hospital although none are understood to have been seriously injured.

Four police units are still at the scene with three ambulances and a paramedic car.

Despite the accident earlier today, the supermarket is still open with officers working at the crash scene. 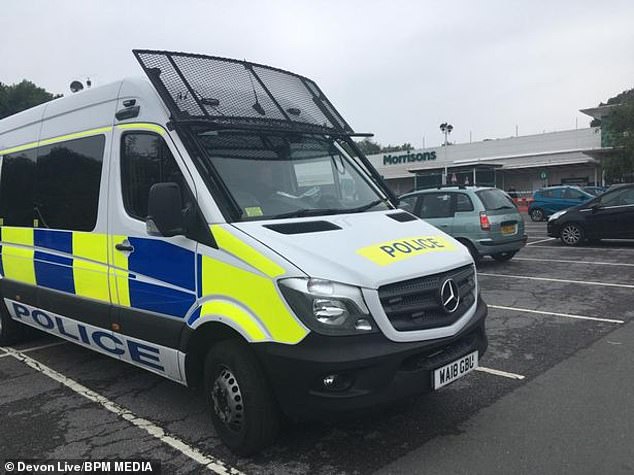