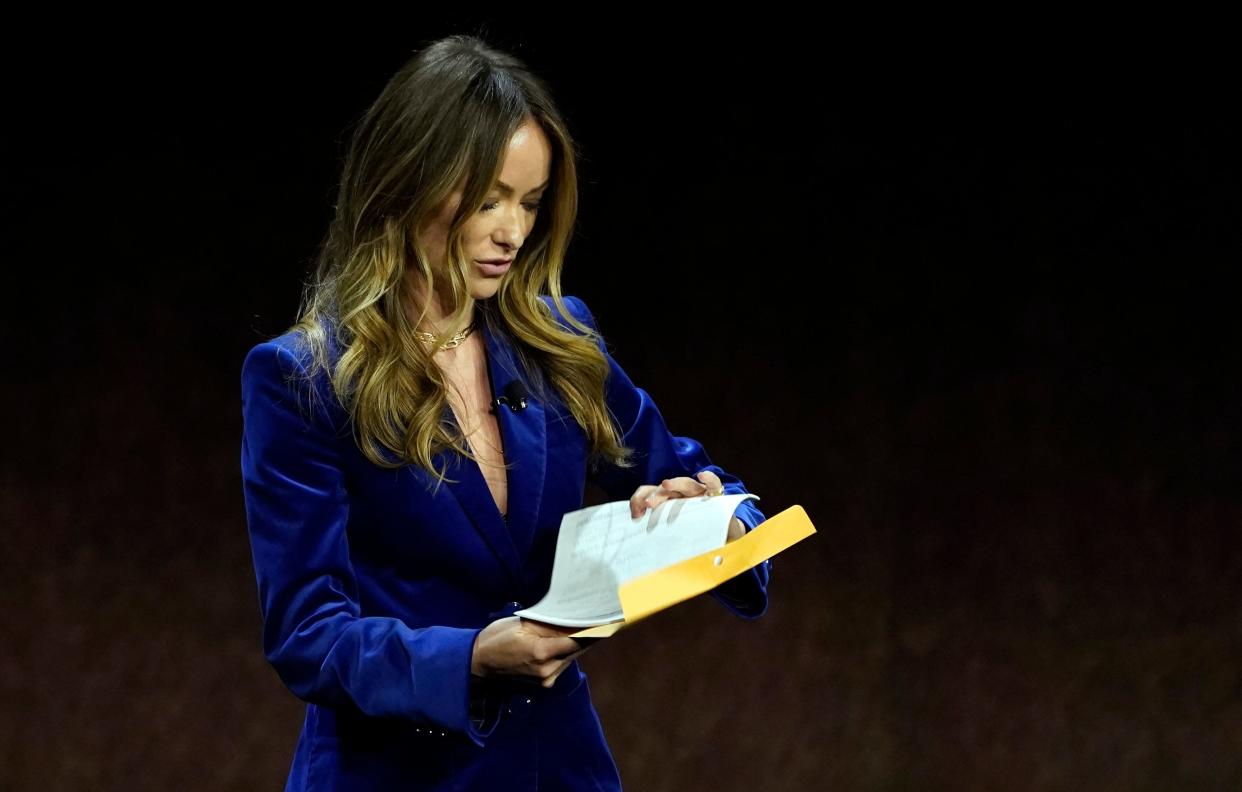 Olivia Wilde was served legal documents related to the custody of her children with Jason Sudeikis while speaking onstage at CinemaCon, USA TODAY can confirm.

A person familiar with the situation but not authorized to speak publicly tells USA TODAY the papers were related to establishing jurisdiction over the couple's children. Sudeikis and Wilde were engaged for seven years before their split in November 2020 and share son Otis, 8 and daughter Daisy, 5.

The source adds the "Ted Lasso" star did not know when or where the papers would be delivered to Wilde and that he would never approve of the former "House" star receiving them in this manner.

On Tuesday, the actress-turned-filmmaker touched down at CinemaCon in Las Vegas to premiere the steamy first trailer for "Don't Worry Darling" (in theaters Sept. 23), in which she co-stars with Florence Pugh, Harry Styles, Chris Pine, Gemma Chan and KiKi Layne.

Taking the stage at The Colosseum at Caesars Palace, Wilde explained how the film is inspired by mind-benders including "Inception," "The Matrix" and "The Truman Show." But midway through her presentation, she was handed a manila envelope labeled "personal and confidential" by a person in the audience, with journalists on Twitter speculating its contents.

"This is for me? Is this a script?" she said, opening the envelope but not revealing what was inside. "OK, got it. Thank you."

Wilde also praised the film's stars, saying Pugh's performance is one that "you have to see to believe. You're witnessing the birth of a full-fledged movie star."

As for Styles, who recently headlined the Coachella music festival, his performance is a "revelation," Wilde said. The "Booksmart" director and former One Direction singer have been photographed together over the past year, sparking speculation they're a couple.

The trailer, which received ecstatic applause from the room full of theater owners, also features intimate scenes of Pugh and Styles in bed and having sex on a kitchen table.

"It's ambitious, but I think we made something pretty special," Wilde said. The movie asks "you to imagine a life where you have everything you could dream of. What would it take for you to give up that perfect life? What are you really willing to sacrifice to do what’s right?" 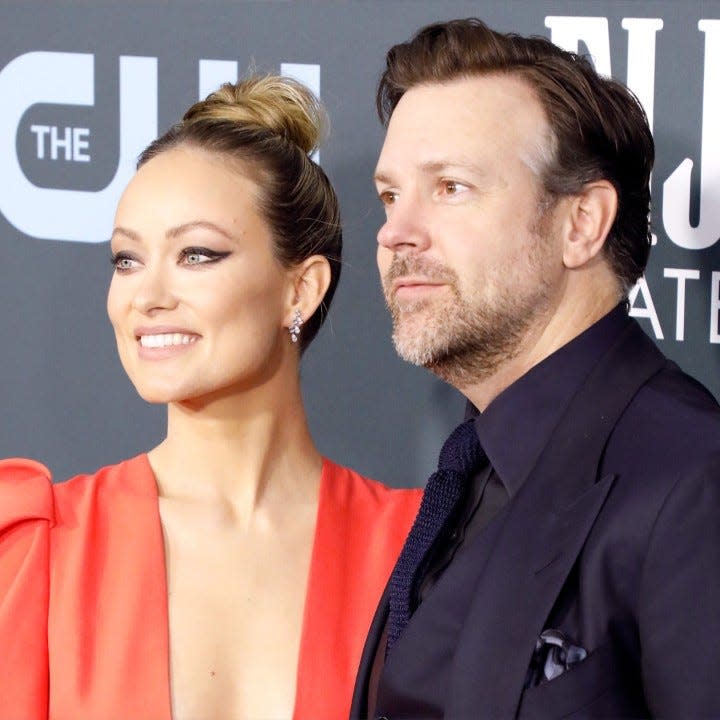 In an interview with GQ in July 2021, Sudeikis opened up publicly for the first time about not having total clarity yet about his split with Wilde.

“I'll have a better understanding of why in a year,” he said, “and an even better one in two, and an even greater one in five, and it'll go from being, you know, a book of my life to becoming a chapter to a paragraph to a line to a word to a doodle.”

He continued: "That's an experience that you either learn from or make excuses about. You take some responsibility for it, hold yourself accountable for what you do, but then also endeavor to learn something beyond the obvious from it.”