Watch the horsepower: Top Olympic rider Jonty Evans dodges a driving ban for his FOURTH speeding offence after claiming it would wreck his equestrian business

Olympic horse-rider Jonty Evans has managed to have a driving ban overturned after his forth offence.

The 49-year-old equestrian had the six-month ban overturned after he told Gloucester Crown Court today that it would ruin his business.

The father of two, from Minsterworth, Gloucestershire, travels across the UK to train horses for wealthy clients.

He was banned by Cheltenham Magistrates in February under the ‘totting up’ system, which sees those with more than three offences automatically barred from the roads.

He was caught speeding for the fourth time in three years in his Audi A4 near Totnes in Devon. 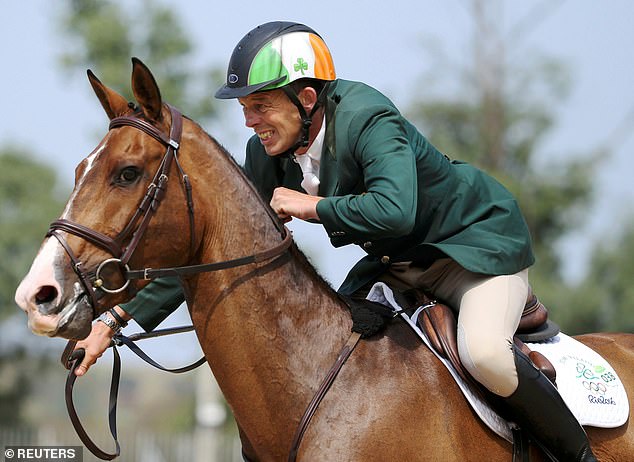 The judge overturned the ban based on Evans’s worry that as well as being personally affected, the job of his one employee could be on the line if he did not continue to drive to clients.

The judge further said he thought the ban may mean Evans’ two children by different women could lose contact with one another as neither mother was willing to drive their child to the defendant.

The court heard how the ban could also risk Evans losing his horses and rented accommodation, put his business in ‘severe jeopardy’ and affect his ability to travel for medical procedures.

Evans was put in a coma for six weeks in 2018 after a fall from a horse, causing a severe head injury that requires therapy treatment.

He drives to three regular medical and therapy appointments a week in Hartpury, Gloucester, and Swindon. 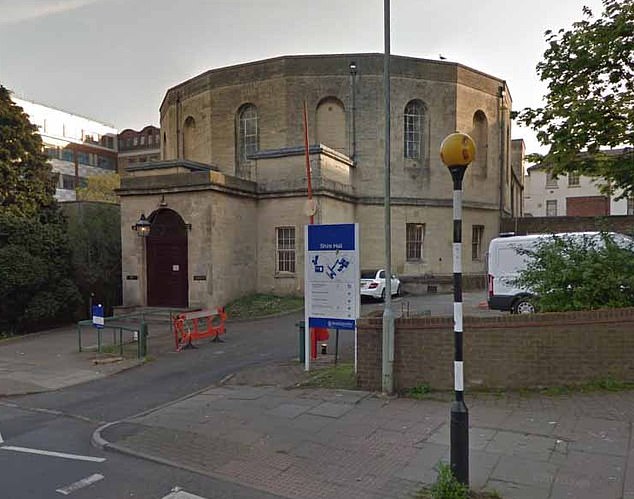 Despite the successful appeal, judge Recorder Neil Millard warned Evans that he will not be able to use the ‘exceptional hardship’ line if he commits any further offences.

Evans will keep nine penalty points on his licence until July next year and the original fine of £146 was upheld.

Whilst overturning the ban, the judge said: ‘You shouldn’t be speeding – you need to slow down.’

Giving the court’s decision to lift the ban, Recorder Millard said: ‘We do find it would cause exceptional hardship.

‘Also, your ability to get to your medical appointments would be affected and you need to get to them because of your serious head injury.’

Evans lawyer Patrick Kelly told the court: ‘He is self employed. He has ridden in the Olympics. He has represented his country and he now trains Olympians.

‘They are the top echelon of horse riders in this country. He does his training all over the world.

‘His clientele are people with their own, land, horses and stables. He goes to them to do his training as opposed to having his own riding school.

‘Without a driving licence he will not be able to do that and his business will fold. He has fourteen horses at his stables – three are his own and the others are in livery. Nine of them are owners’ horses.

‘If a horse has to be taken to the vets he has to drive it. He has a truck for that and he is the only HGV licence owner who can drive it for the business.

‘His stables are rented. If he is unable to drive and earn his living he will lose the stable yard and his home. He lives there alone save for his one employee.’

Evans rode for Ireland in the 2016 Summer Olympics in Rio de Janeiro on ‘Cooley Rorkes Drift.’

The court considered a letter from Evans’ ex wife and mother of his 17 year old daughter, Amelia, who attends Downside School, near Bath.

Mr Kelly said Amelia visits her father most weekends and he has to drive to collect her and return her which is a three hour trip each way.

The lawyer added that Evans also has a ten year old son in Shipton Oliffe, near Andoversford, in the Cotswolds and needs to drive to see him too.

He currently lives largely off the insurance payout he received following his fall.

Evans’ team finished eighth in the three-day eventing competition and he qualified for the individual eventing final, finishing ninth.

After his brain injury, he returned to competition in August 2019 at the British Eventing horse trials at Smiths Lawn in Berkshire.

Despite growing up in Wales, Evans represents Ireland at main events, due to having an Irish grandparent and thus holding a passport.

Last year, the Department for Business, Energy and Industrial Strategy revealed he had not paid five of his employees more than £5,000 owed to them.